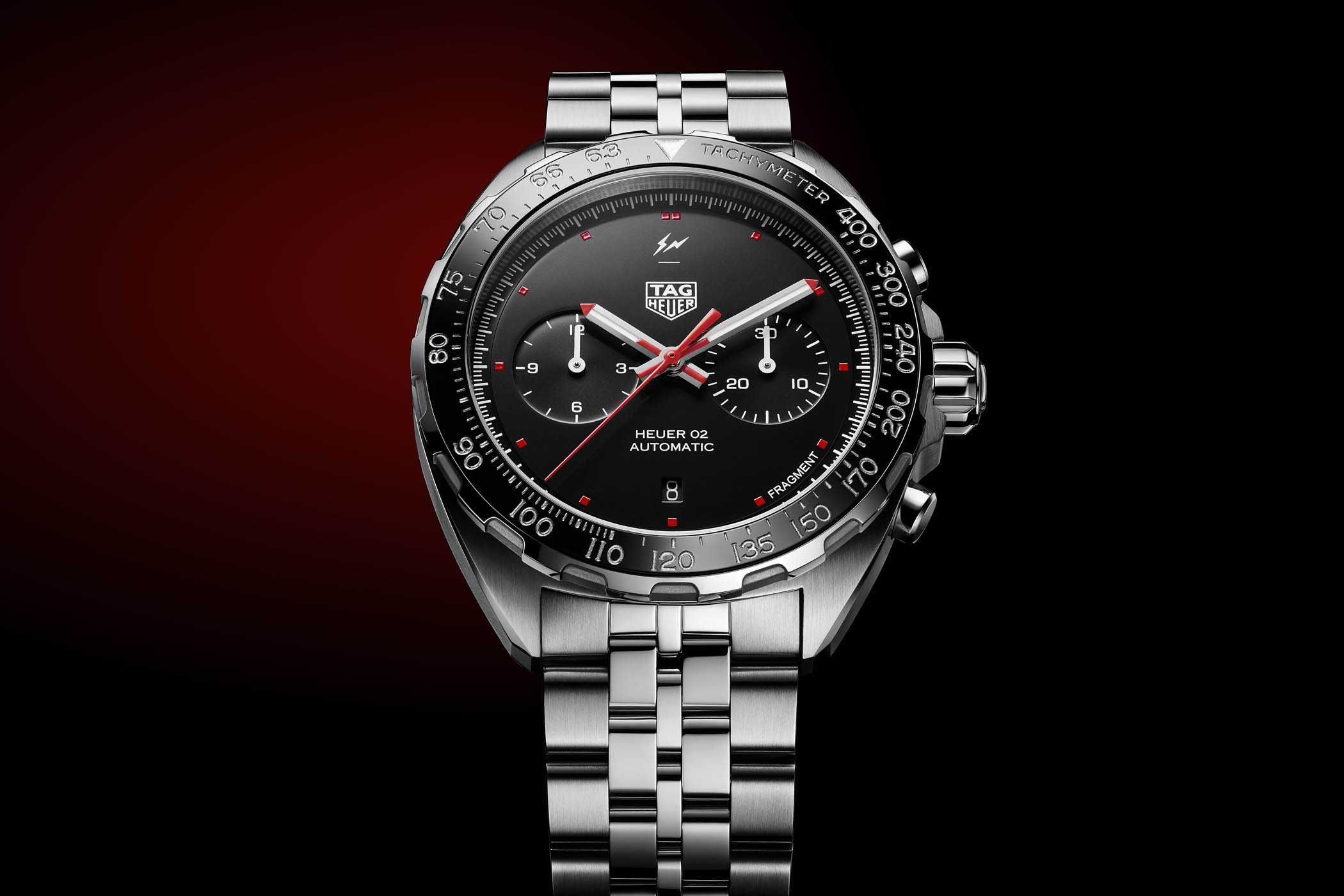 Does the name Hiroshi Fujiwara mean anything to you? No? Don’t worry; you’re probably not that into streetwear if you haven’t heard of Fujiwara, which is okay, of course. Fujiwara, specifically, is known as the godfather of the “Ura-Harajuku” fashion scene. This area of Tokyo is named “back-street of Harajuku”, and has become the focal point for en-vogue clothing since Fujiwara first brought back western clothing designed by pioneers like Shawn Stüssy and the infamous Vivienne Westwood. Fujiwara’s influence has spread across Tokyo, inspiring the young particularly, which has resulted in a world of fame and collaborations with major design houses including Louis Vuitton, Moncler and TAG Heuer. 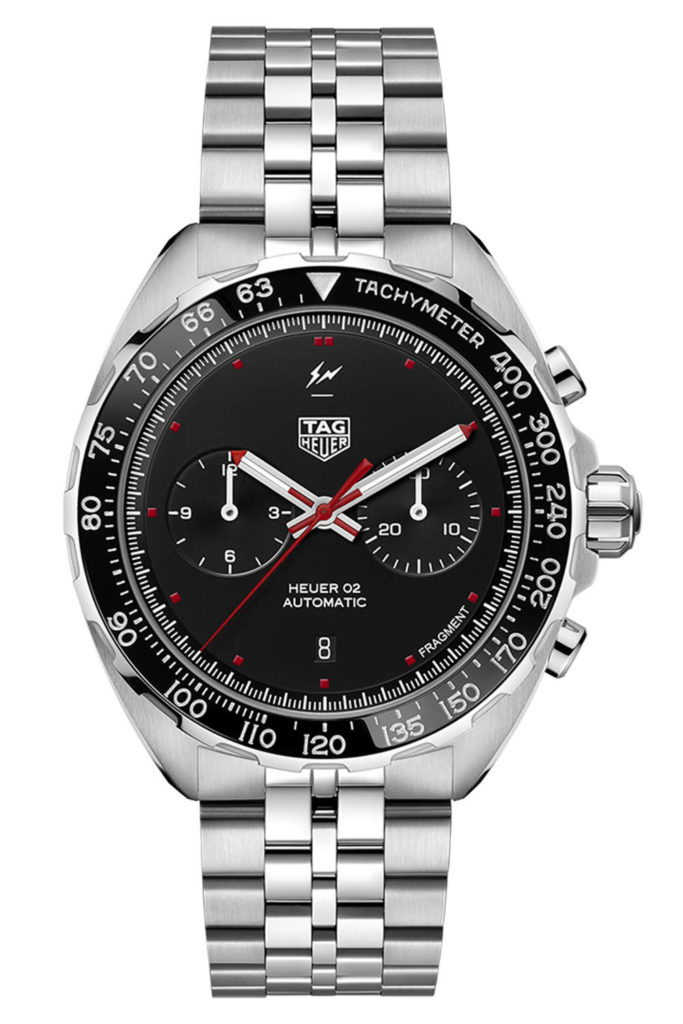 Before forming your opinion of this new piece, take a gander at TAG Heuer’s collection on their website, specifically, the Formula 1. That case is where this watch started, although you’d be forgiven for not recognising it immediately. The biggest giveaway is the shape of the shoulders around the crown. Also, the shape of the bezel grooves used to grip (but not turn) it, are identical. The rest of it has been changed, however. 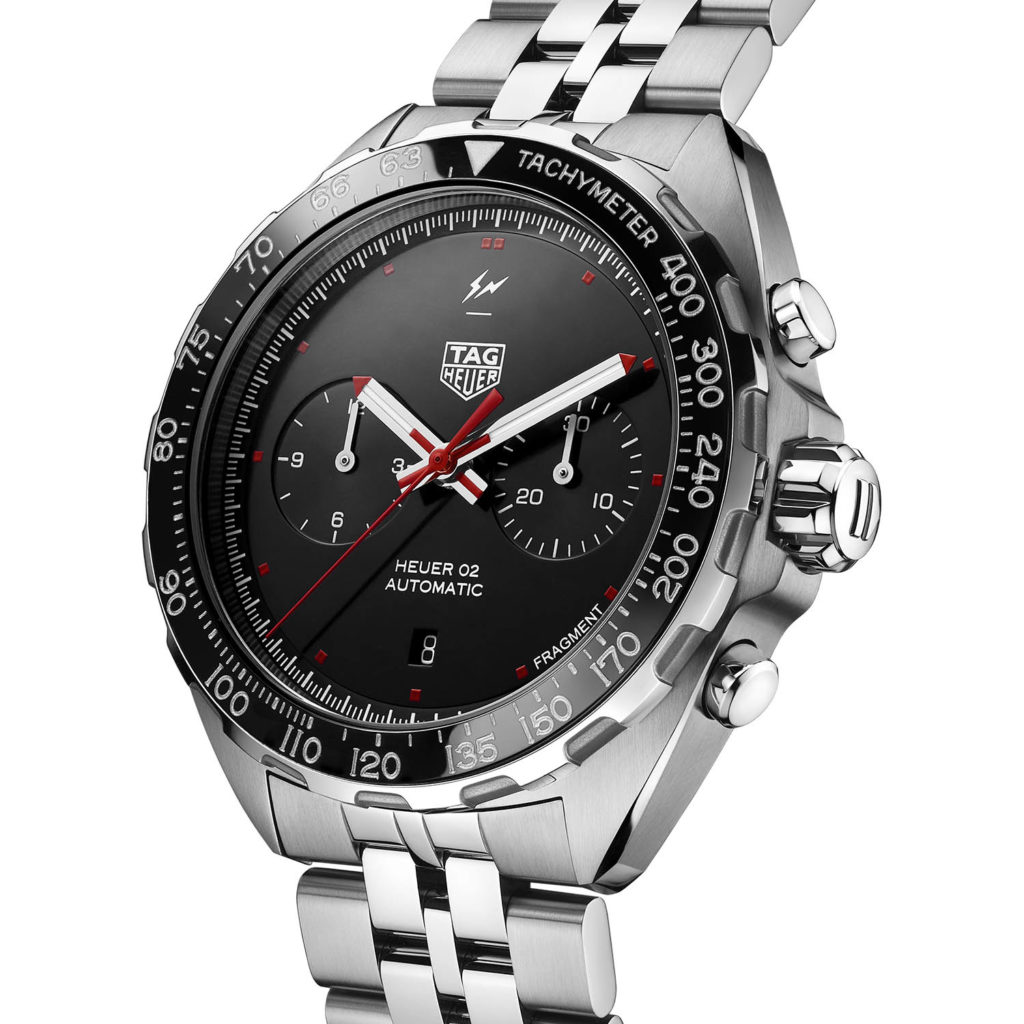 The most notable difference is the dial, which has been stripped back to the bare minimum and then given some red accents. The watch provides you with chronograph functions and a date, but no running seconds. The black opaline dial gives you all that you need and nothing that you don’t, although it does remind you that it’s a Fragment designed watch. There isn’t a lot to say about it; in fact, most minimalist designs are like that. I will leave it up to you to interpret it, and perhaps tell me your thoughts in the comments section. 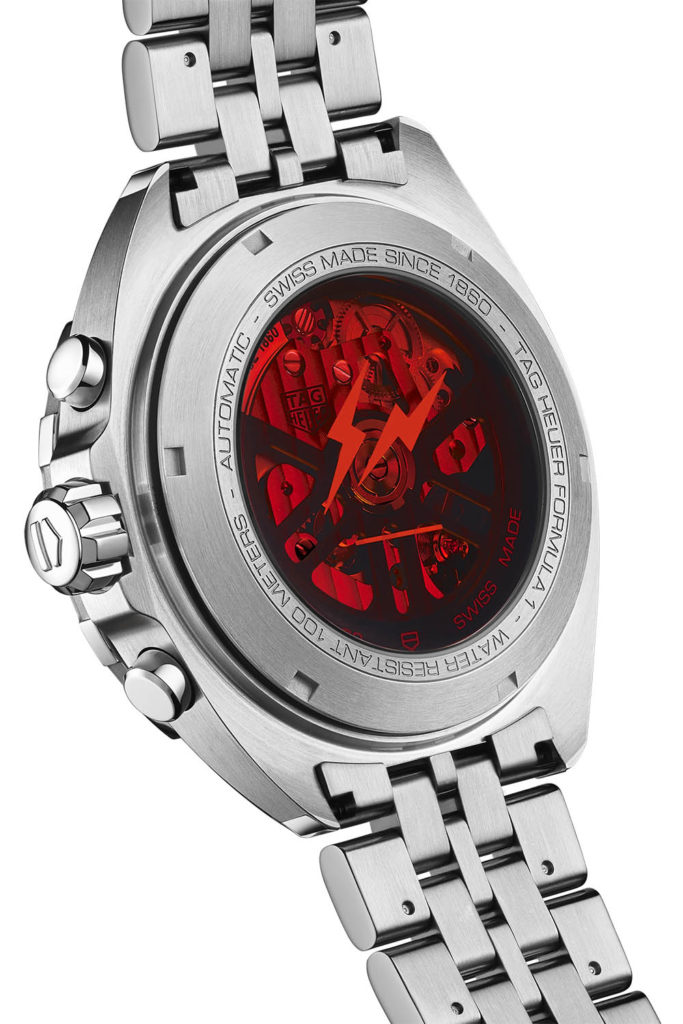 Inside the TAG Heuer x Fragment Design is the in-house made calibre Heuer 02, which is based on plans for the calibre CH80 that never went into full-scale production. That gives you a sturdy column-wheel chronograph connected to an automatic movement which provides 75 hours of run time at a beat rate of 4Hz. If it’s of any use to you, it also has 33 jewels. You can see the calibre in this watch, just, as it’s covered by a red sapphire crystal which matches the design elements on the dial.

Bringing everything together is the alternating brushed/polished surfaces on the case which, as we all know, make watches look more expensive. Presented on a 5-link bracelet, this 500-piece limited edition watch will retail for CHF6,000, and its official reference number is CAZ201A.BA0641.