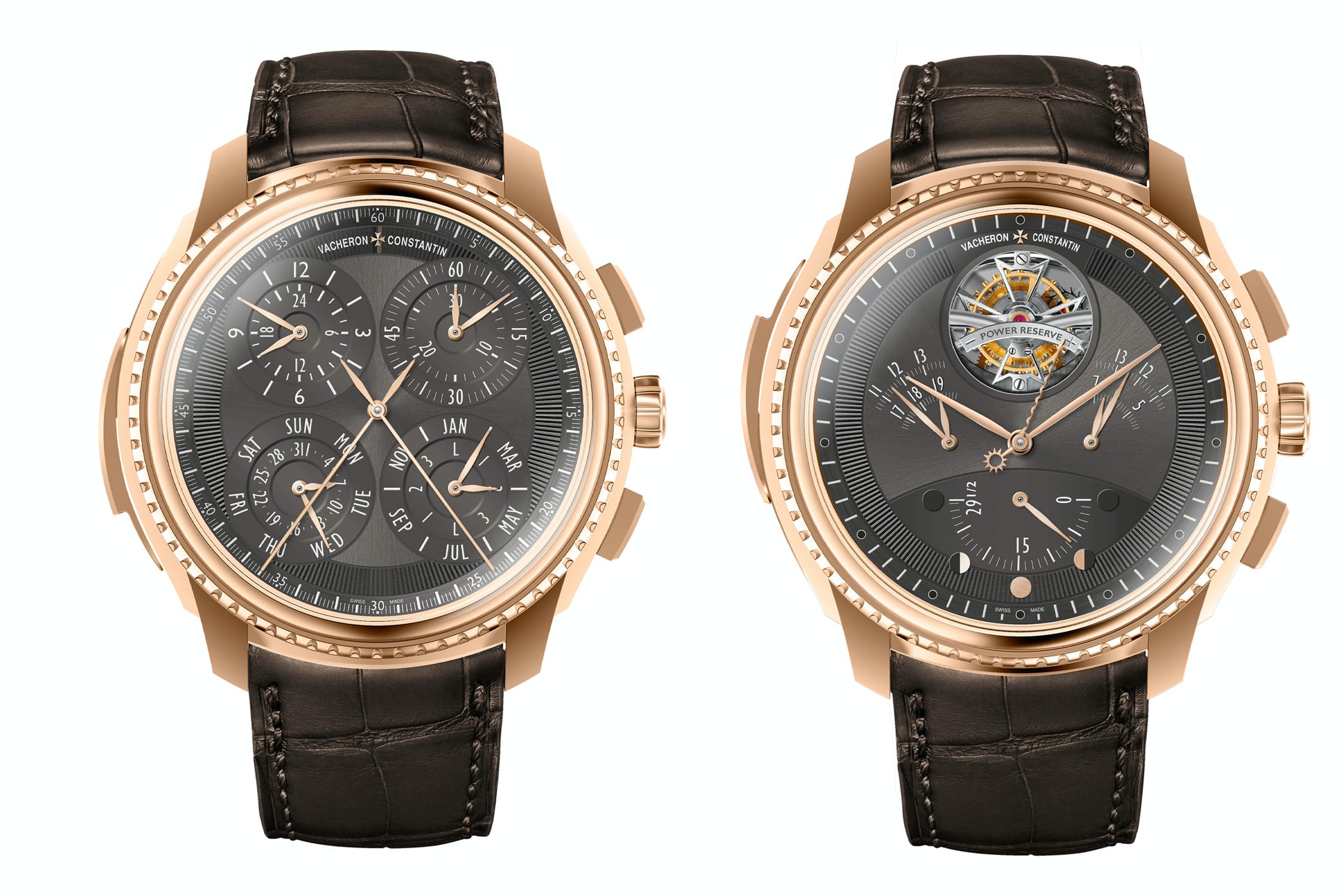 This year Vacheron Constantin has been pulling out the big guns in terms of horology. I suspect that their rivalry with A. Lange & Söhne might have something to do with it. Both brands are quite capable of sharing the top tier of the Richemont empire, but naturally, competition arises, and while A. Lange & Söhne has focused on fortifying its model lines this year with new versions, Vacheron Constantin has released several stunning new models. This next one is all about taking horology to the next level in size, with a high number of complications, an enormous price tag and a really long name.

Seriously, I think at this point that watch manufacturers should start using emoji to represent complications because Vacheron Constantin La Musique du Temps Les Cabinotiers Grand Complication Split-Second Chronograph ‘Tempo’ is a bit of a mouthful. In a way, it’s like Ronseal, because it does exactly what it says on the tin. 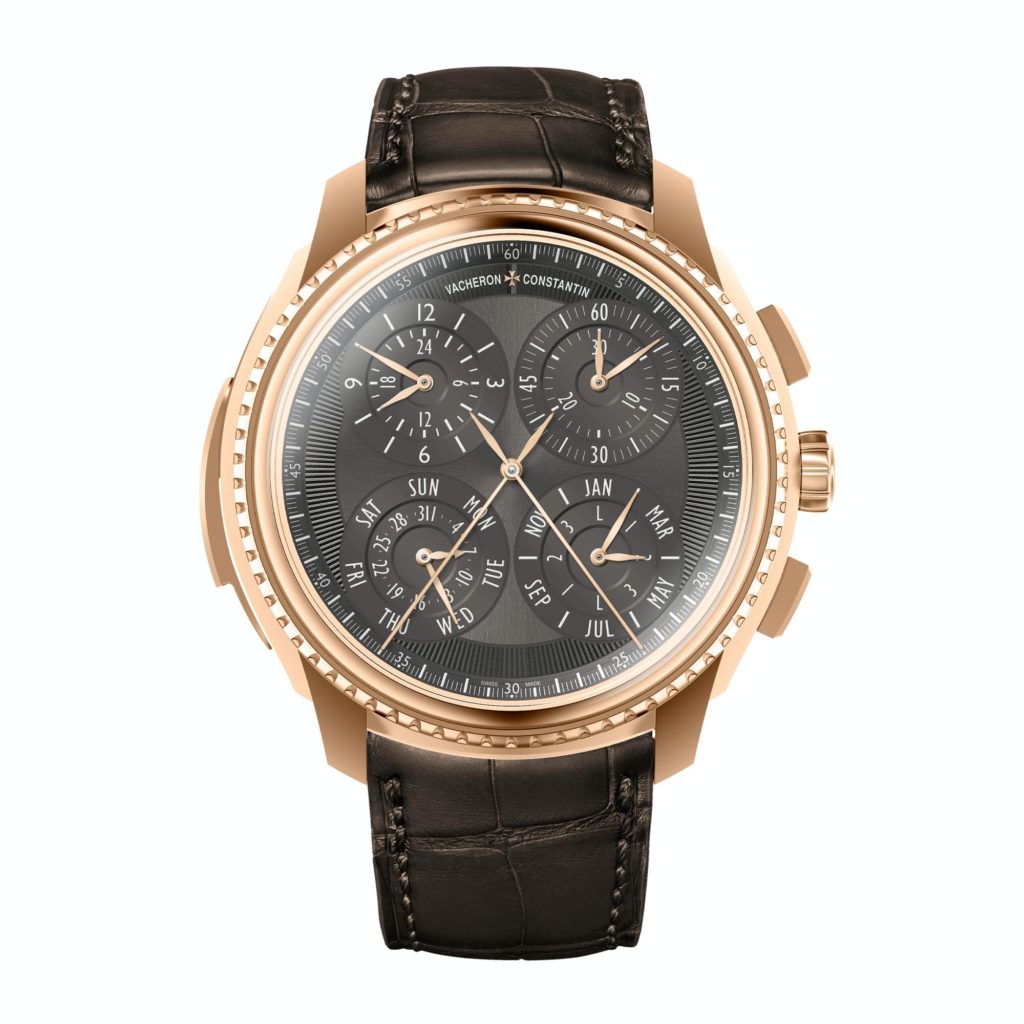 A very elegant tin I might add. This watch has been endowed with nine complications, which mean the 18k pink gold case has to be a whopping 50mm in diameter and 21mm thick. That puts it in the ballpark of A. Lange & Söhne’s Grand Complication from 2013 (which measures in at 50mm x 20.3mm). While I’ve never gotten to wear that watch, I have been treated to experiencing the almost-as-colossal Breguet Classique La Musicale 7800BB/11/9YV, which was roughly the same size as a dinner plate at 48mm x 16.3mm.

The difference between those two watches and the Vacheron Constantin, however, is the number of complications. The easiest thing to do is list them, so here they are:

What that means is the watch can indicate the time in both the standard visual format (via hands) and also through the audible chiming of the minute repeater. The watch knows the length of each month, when there’s a leap year, what time the sun will rise & set and how long each day & night will be. It knows where the moon is in the sky and at which position it’s in, and it knows how accurate the time it shows is in comparison to the natural time determined by the position of the Earth in its elliptical orbit around the sun. It can also, on-demand, track and record two separate events through the use of a monopusher to control the timing and a second to activate the rattrapante.  It will also politely inform you of when it’s time to wind it up again.

Oh, and the escapement can defy gravity, assuming you use this as a pocket watch which, given its size, is not entirely unreasonable. 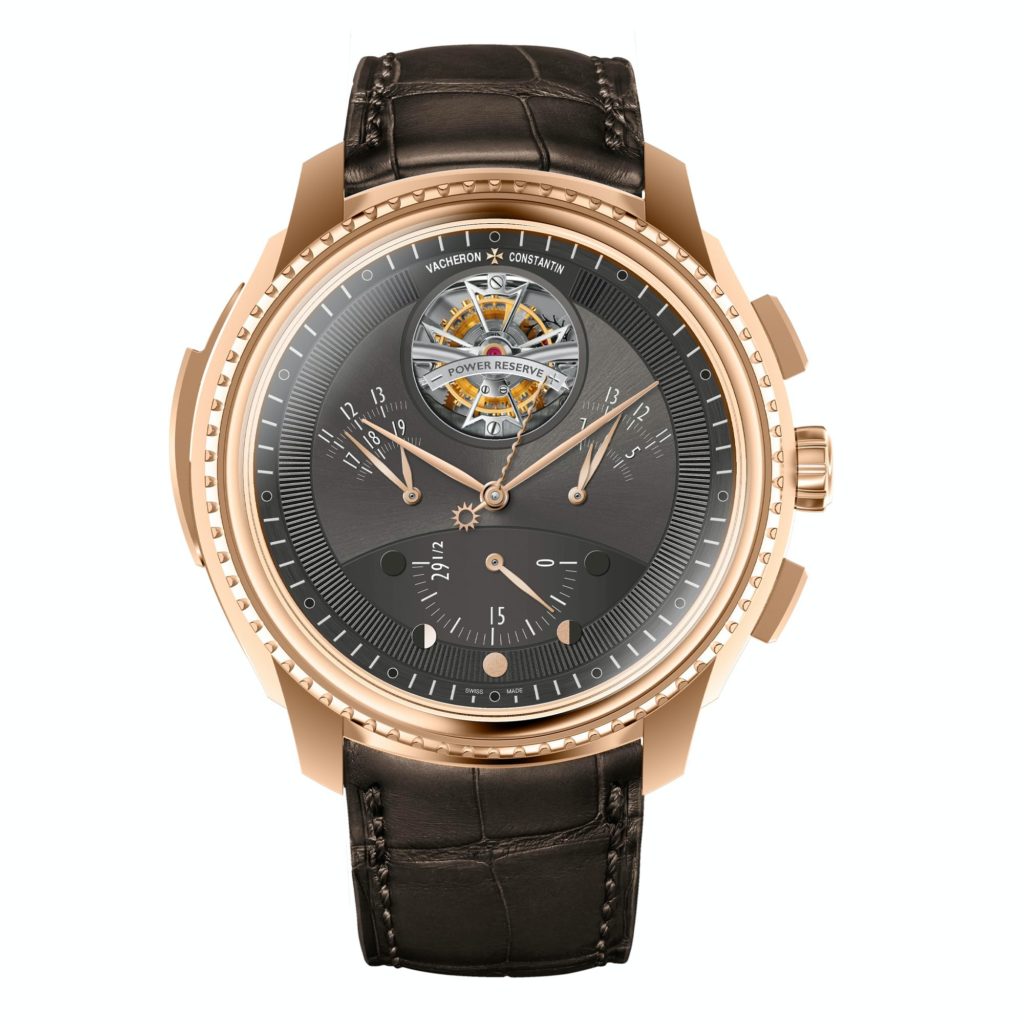 Sure, an Apple Watch can do all that as well as take calls and track your movements for big brother, but it’s not as soulful as this Vacheron Constantin’s harmony of gears. To organise all of this information, Vacheron Constantin splits the indications between two dials, one on the front and one on the back. The back dial is divided into four, showing the calendar functions as well as the chronograph displays. This means that the mechanics for the perpetual calendar had to be organised into groups inside the movement. Bear in mind that lots of other gears and levers need to be squished around the perpetual calendar too, you can see why these are just a little bit special.

Maybe this is Vacheron Constantin getting back to the top of the Richemont pyramid. Perhaps this is their way of getting back at Chopard for stealing the Aiguille d’Or of the GPHG from right under their nose in 2017 with their L.U.C Full Strike. Who knows, but I think the world right now benefits from this new Vacheron Constantin, and we really need it.