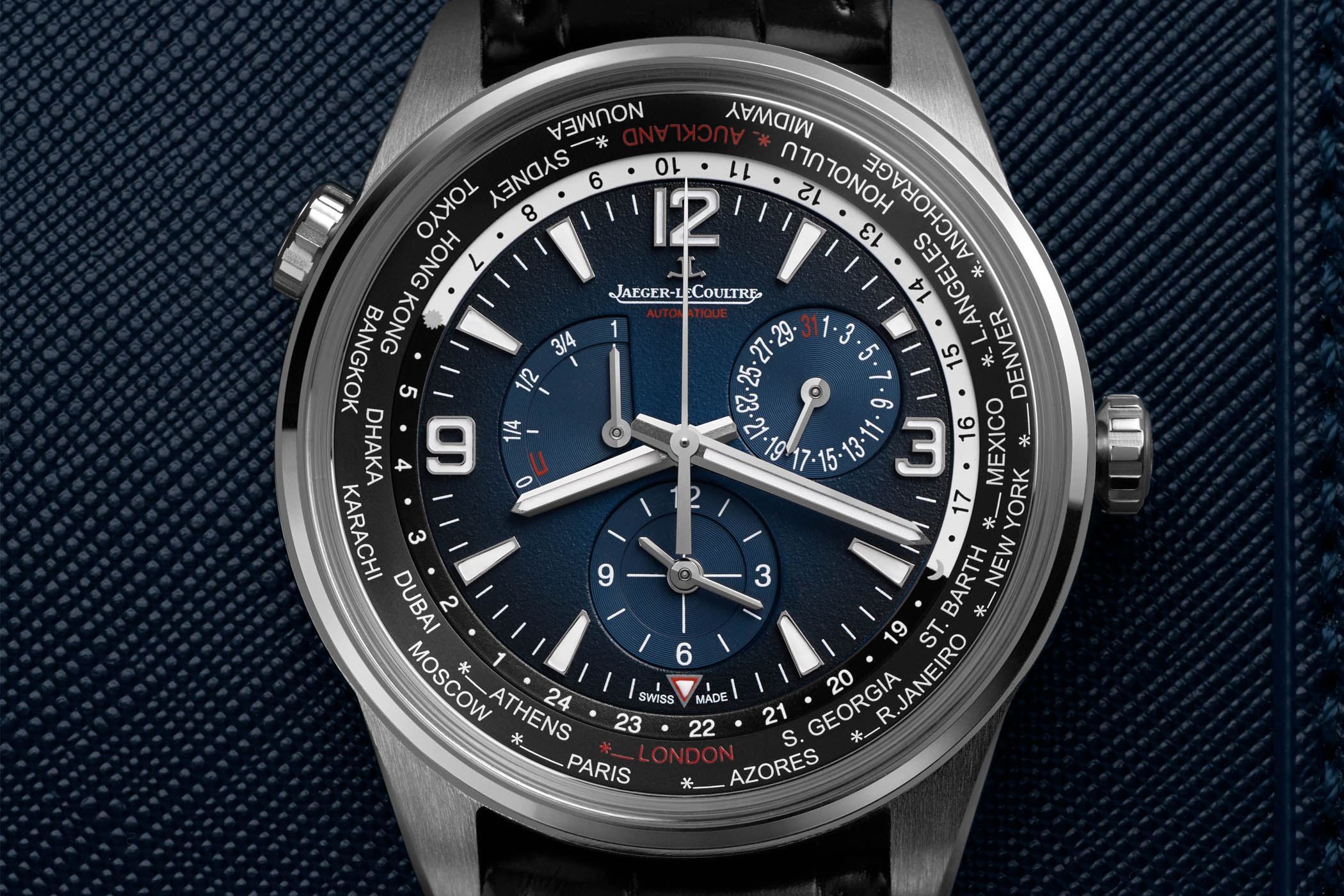 It wasn’t that long ago that Jaeger-LeCoultre showed off its new Polaris collection to the world, which we got hands-on with during the Geneva-based SIHH show, but, of course, things were only just getting started. Now, JLC adds another watch to the lineup, this time, it makes the standard watch just that little bit more complicated.

I think it’s pretty obvious with this one that the main change comes in the form of a plethora of displays. Now, JLC could have simply put the same movement from the Master collection into this watch and let it be, but instead, it’s got a little bit of an upgrade. They added in a third timezone to it by showing the entirety of the world time ring, rather than just a portion of it like we saw on the Sector Dial watches. There’s also no day/night indicator like we’d find on the Master collection, it’s been replaced by a 24-hour disc sat snugly next to the world time ring. 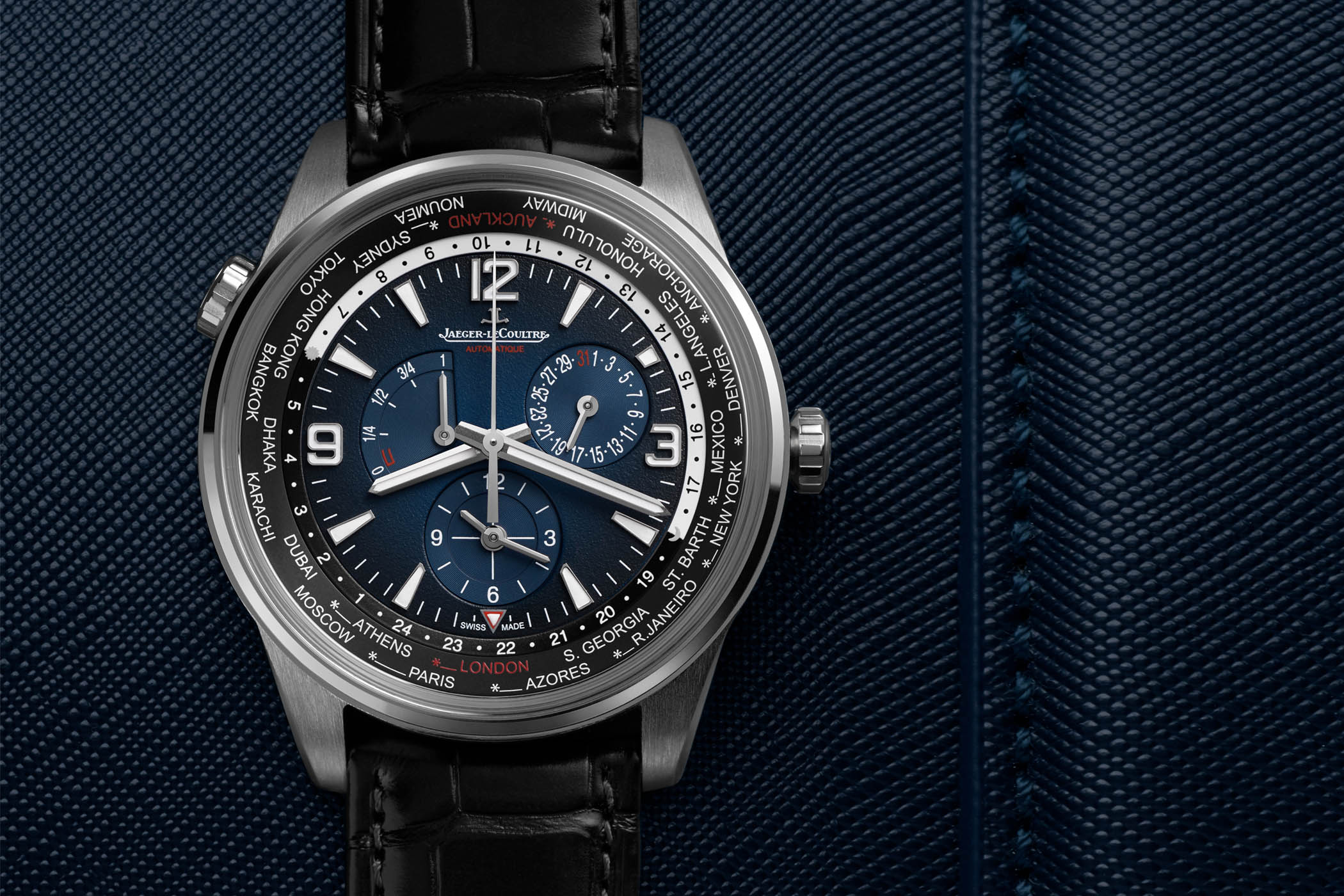 Believe it or not, this watch is intended to be a sports watch, a part of that means it has to be practical, so instead of adding fiddly little buttons, or worse, indented pushers, JLC went for a beautiful big crown on the side. That’s used to actuate the entire world time system within the watch; there’s no need to do anything else with it. 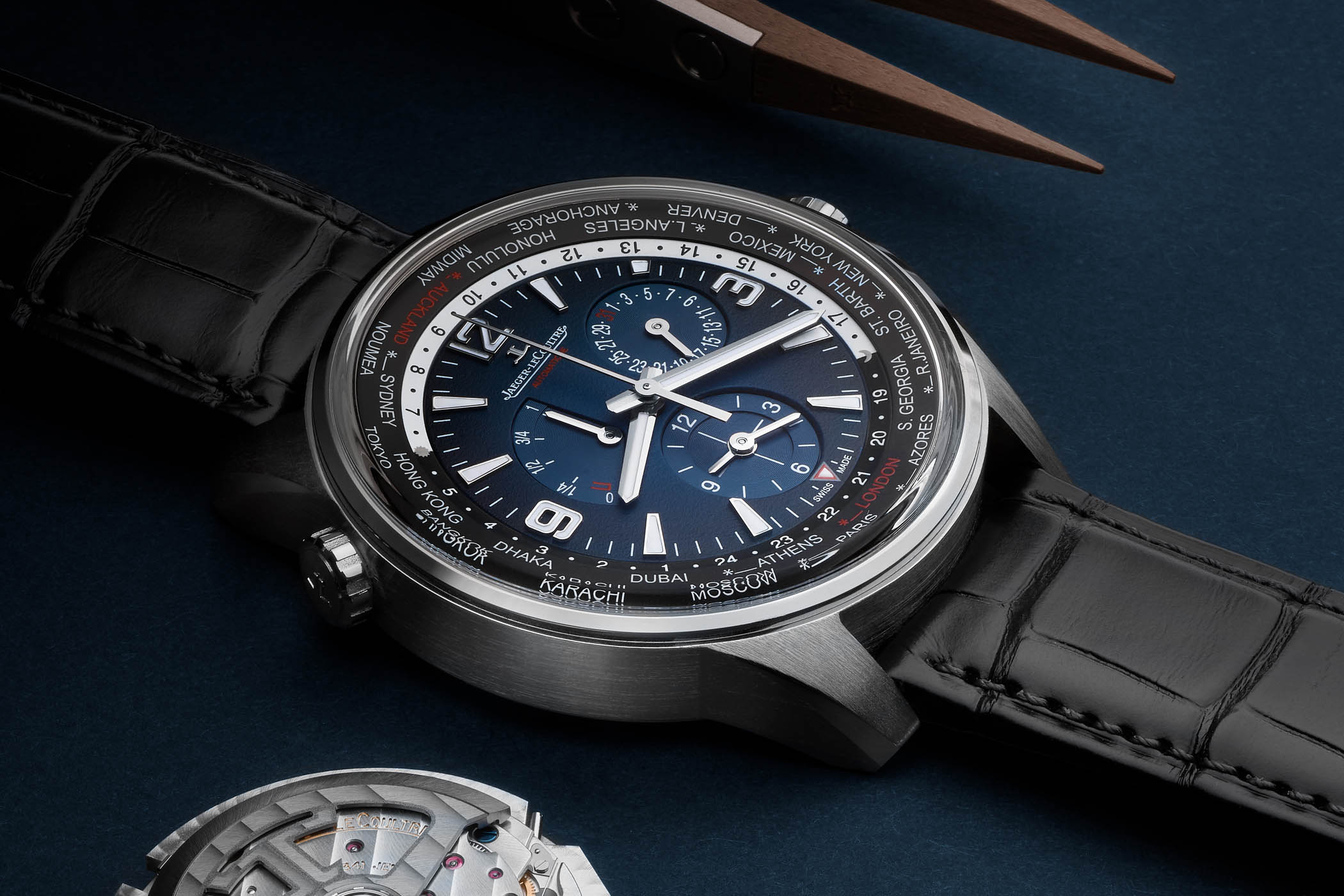 For happy convenience, there’s also a date subdial and a power reserve which shows the display in arbitrary quarters, so there’s no confusion, the power reserve is 43 hours, you do the maths. There is a sapphire caseback to this watch so we can all see the neatly decorated calibre 936/A1 winding away in the back. This watch offers good value for money too, as Jaeger-LeCoultre watches tend to do, it retails at €13,650 and is set for a limited run of just 250 examples available at boutiques. For more info, visit Jaeger-LeCoultre online.