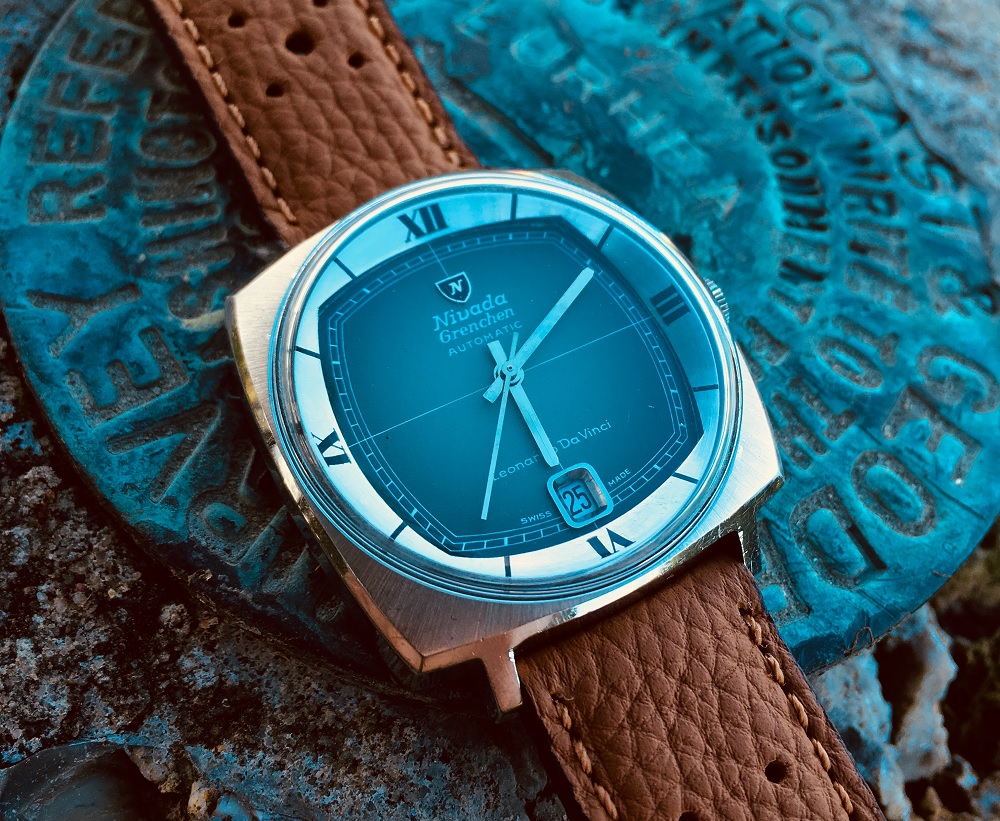 Nivada Grenchen was a major brand back in the day, with their sport models being high-quality pieces that many collectors in vintage vie for. Nivada has always been one of those companies that can be easy to overlook due to the name being one that isn’t heard very often in today’s current market. They can trace their lineage all the way back to 1879 in Grenchen, Switzerland. Nivada even had to change their name back in the 1960s due to Movado suing them over what was perceived as a name that was much too similar to theirs. As a result, Nivada found with the Croton name attached as well, a distributor for Nivada from back in the 1940’s. The watch that we will discuss today is the 1969 Nivada Leonardo DaVinci, in my opinion one of the most visually pleasing watches that this company ever put onto the wrists of thousands. 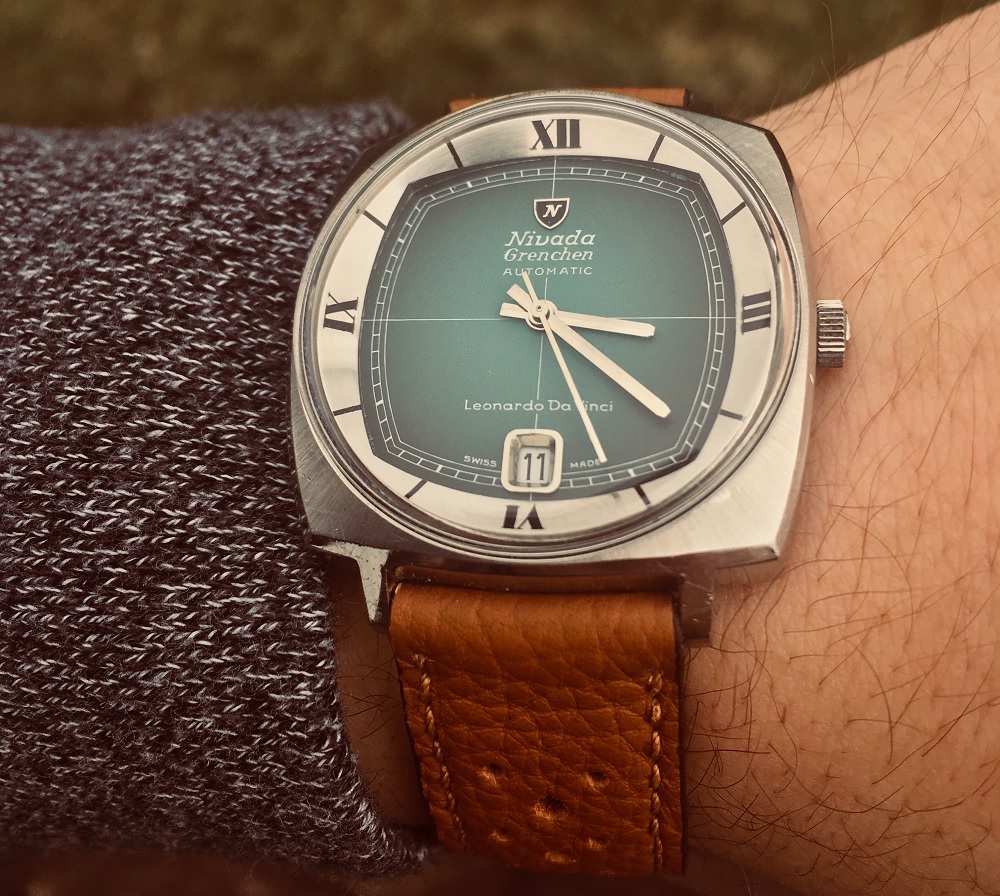 Immediately, the wearer of this watch is drawn to the dial. It is a mesh of artistic lines and color, staying true to the namesake it bears on the front. Nivada chose to use a gradient teal shade that collapses into a smoky hue the closer to the edge of the dial you look. This choice of color makes for pleasant views at all hours of the day, as the shade changes with the amount of light reflected upon the dial. White crosshairs also give the wearer the ability to easily connect the hands to the corresponding. 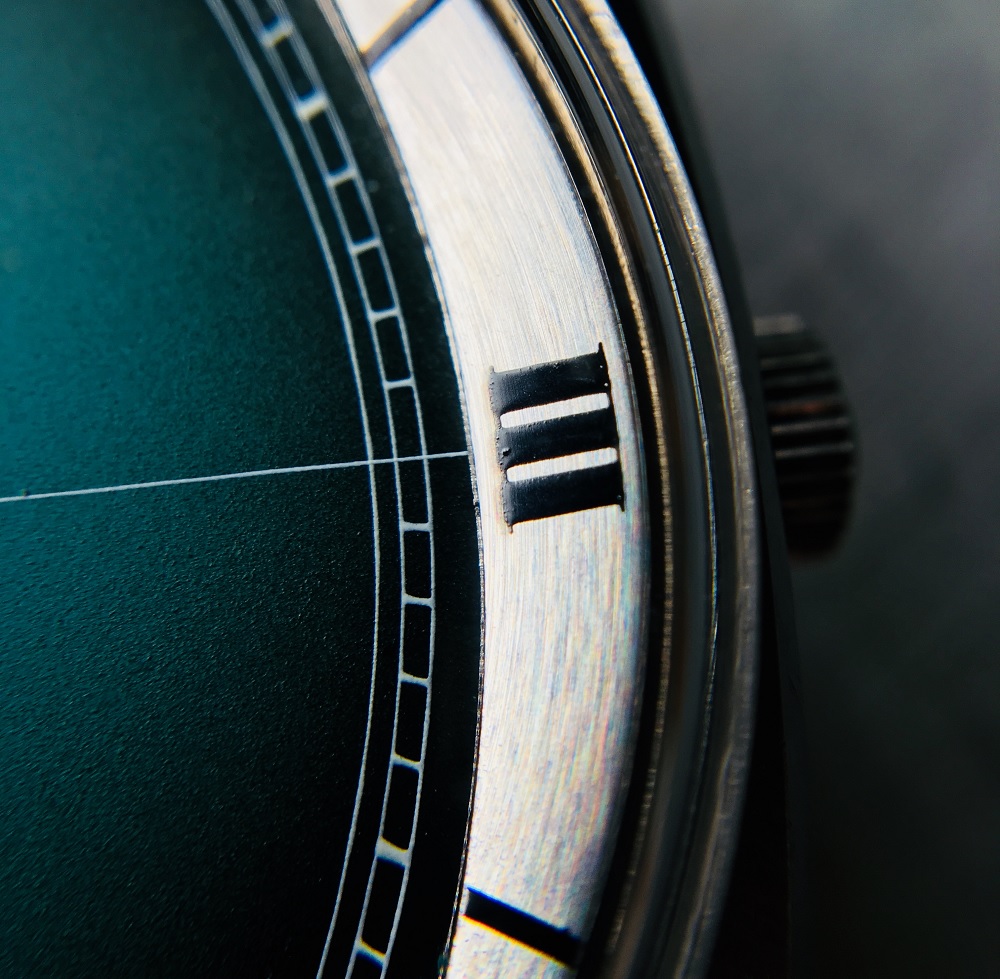 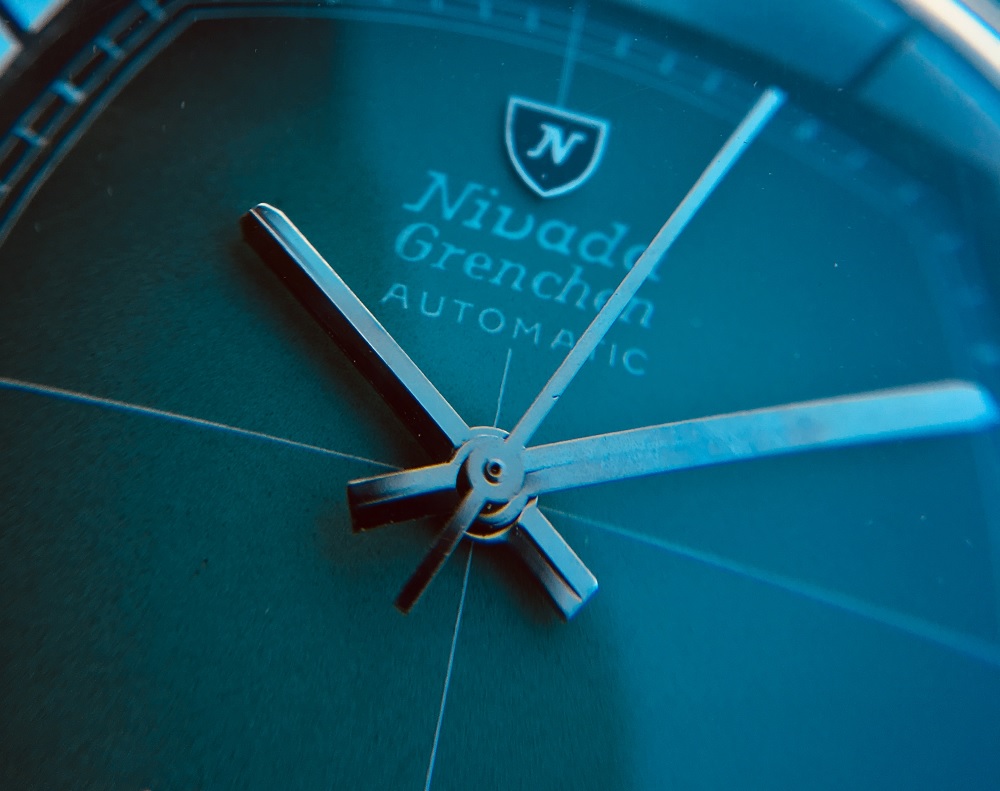 On the inside of the crystal you will also see the brushed steel inner bezel that has hand applied roman numerals that surround the square dial. The date window is positioned at the 6 o’clock marker and is framed in a highly polished edge that lets the light dance around as you view the day. This example is in nothing less than stunning condition, still retaining its original signed crown, sharp case edges, and no fading from the sun is present. This DaVinci is a time capsule that has all the right elements that come together to bring us a rarely seen watch that deserves recognition and a second look.

Inside the case there is an ETA 2472 that provides the heartbeat. Many eyebrows will be raised at the mention of an ETA movement, but this isn’t the same company you are familiar with today. This movement was from a time when ETA still made ambitious and cutting-edge movements, with the 2472 housing one of the very first bi-directional winding rotors. The movement was also set to provide the wearer with a snappy and instantaneous date change at midnight, and believe me, it is exactly at midnight and it is ridiculously snappy. The 2472 was also plated in a beautiful rhodium finish that was also very high-quality manufacturing for the time. 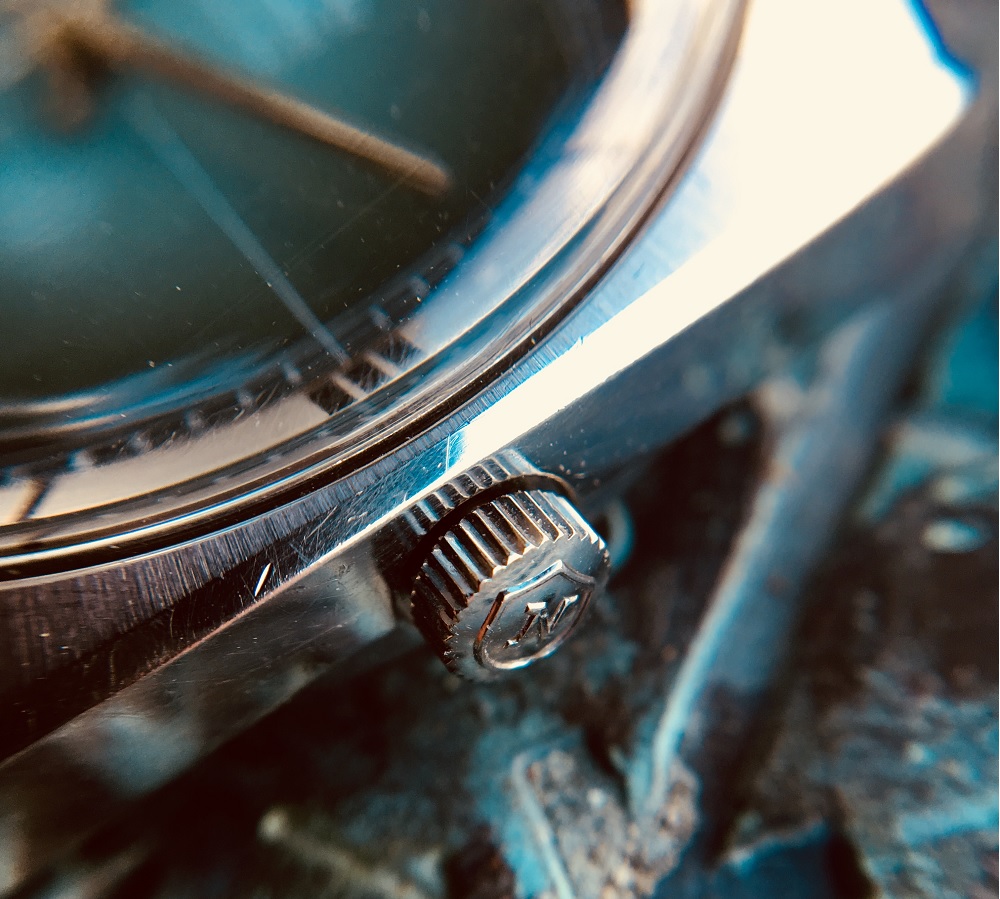 While Nivada is best remembered for an outstanding catalog of sport watches such at the Antarctic, we don’t hear much about the Leonardo DaVinci. It is a dress watch that I believe overshadows the sport watches they specialized in. All in all, for a funky dress watch from the 1960’s, you cannot beat the colors and details that are found in the DaVinci. I believe that this watch has just as much if not more potential to be as collectible as any of their sporting watches. If you ever run across one of these, I strongly suggest picking it up and trying it on. You too will be caught in the trance.