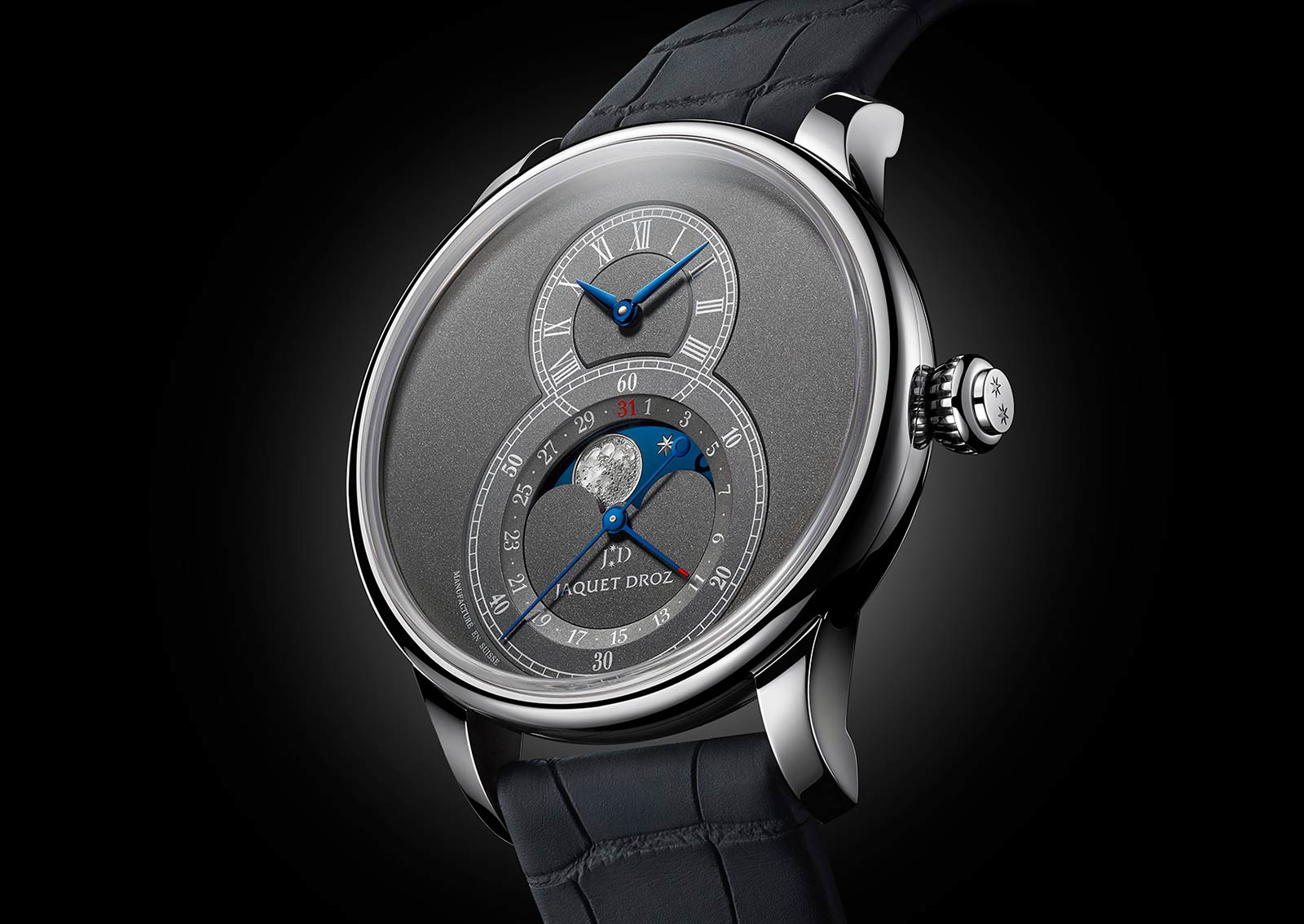 The Grande Seconde Moon is one of the most popular watches from Jaquet Droz.

We’ve said before that a brand like Jaquet Droz will struggle in today’s high-end wristwatch market, but it appears that we were wrong. Jaquet Droz’ Grande Seconde Moon watch has been very popular for the brand, so much so that they felt the need to diversify the range with a new anthracite dial. Let’s take a look.

The dial of the new watch features a sandblasted texture which coincidentally mimics the surface of the moon quite well (without the craters, of course). The moonphase of the watch is set within the date and seconds dial, which is one of the two main dials on this watch. An accurate representation of the moon made of 22k white gold and drawn by hand adorns the moonphase display, along with 18k white gold stars which are present in the Jaquet Droz logo. All the hands have been blued as is watchmaking tradition. I like the interplay of the two dials here, the big seconds and date indicator are reminiscent of watches from the 18th and 19th centuries, but this Grande Seconde Moon still seems contemporary.

Powering the new watch is the calibre 2660QL3 which has two barrels for a longer power reserve of 68 hours, a 4Hz beat rate and 30 jewels. It also has silicone components, specifically, the balance spring and pallet lugs, which means it’s not affected by magnetism in the way a traditional movement is. It’s also automatic winding thanks to a sandblasted and partially-skeletonised rotor. The moonphase is exceptionally accurate, and thus only needs to be adjusted once every 122 years and 46 days assuming the watch is kept running. 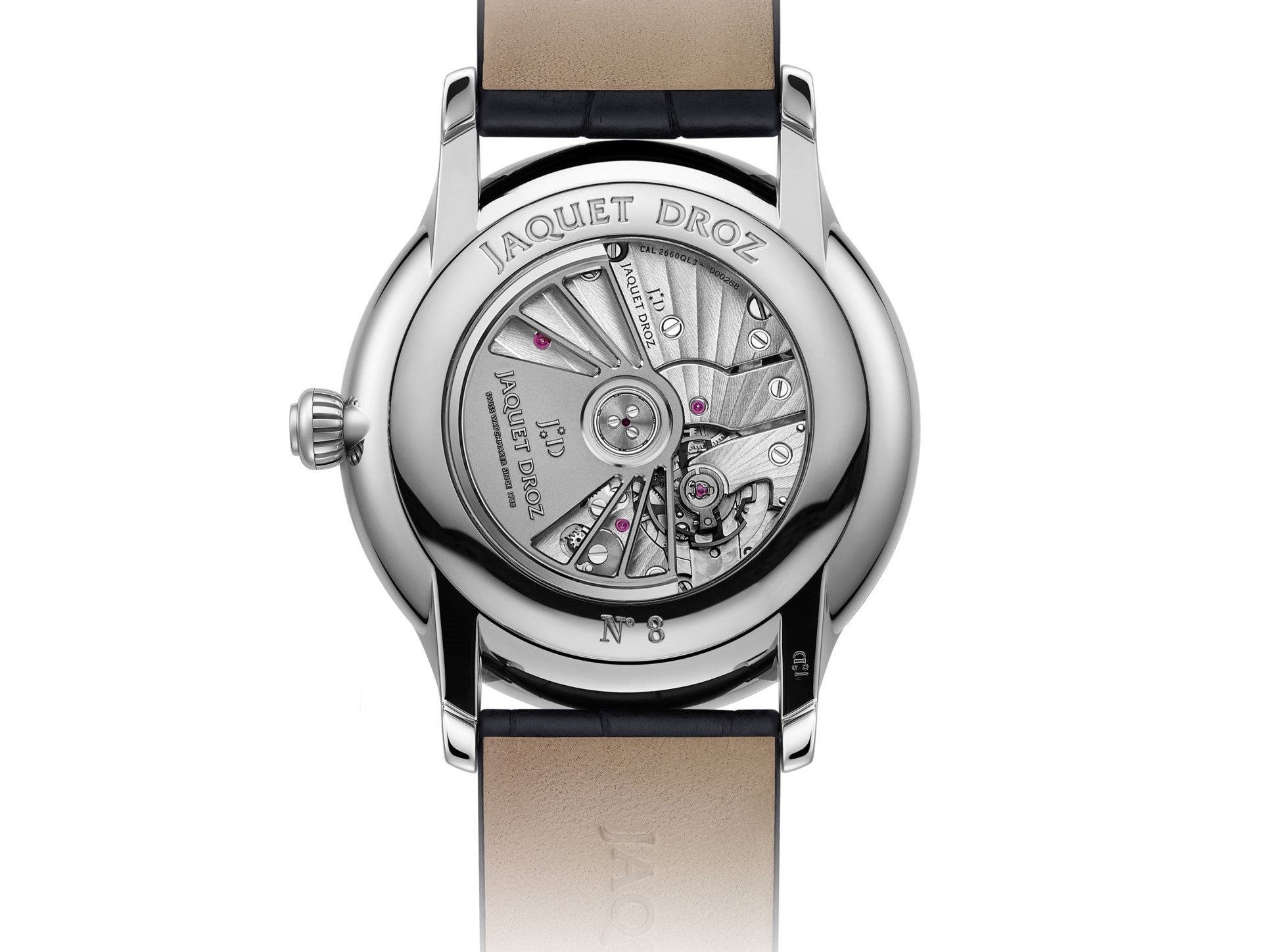 Presented in a 43mm x 13.23mm stainless steel case, the new Jaquet Droz Grande Seconde Moon features a hand-made alligator leather strap. It also has a stainless steel folding clasp as opposed to the traditional pin buckle. I don’t have a specific price for the watch currently, but other Grande Seconde Moon watches retail from $15,200, so expect this to be priced between $15,000 and $17,500.