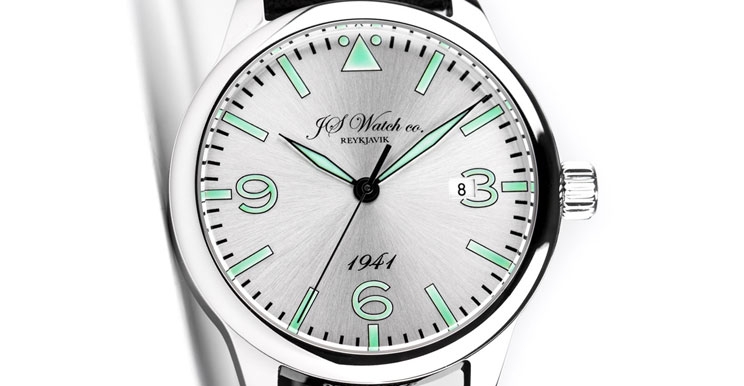 Created to honor the 70 year history of Reykjavik airport

Reykjavik airport celebrated its 70th birthday in July 2011. There was a big airshow and also the history of the airport on display. Honorary guests where six British Royal Airforce pilots who where stationed in Iceland when the airport opened in 1941 during the second world war. The current airport was built by the British army during World War II on the south coast of Reykjavík peninsula, then a small town. Construction began in October 1940, when the airport had only a grass surface. The Black Watch regiment built the first runway, constructing the piste over sunken oil barrels and In July 1941, the first runway opened. On July 6, 1946, the British handed the airport operation over to the Icelandic government and since then it has been operated by the Icelandic Civil Aviation Au thority.

The first flight from the airport area was September 3, 1919, with the takeoff of an Avro 504, the first aeroplane in Iceland. Until 1937 there were experiments with airline operations in Vatnsmýri but with the foundation of Iceland’s oldest airline, Flugfélag Akureyrar (now Icelandair) in Akureyri in 1938, operations began in the area and in March 1940 scheduled flights started when Flugfélag Akureyrar moved its hub from Akureyri to Reykjavík (and changed its name to Flugfélag Íslands)

The city has grown around the airport and it is now located in the western part of the city. This location is considered inconvenient by many, for noise and safety reasons and because it takes up a lot of valuable space in a central location. This central location is also the reason why many wish to keep the airport where it is, as it is a vital link between the capital and the sparsely populated rest of the country.

There is an ongoing debate about the future of the airport, with the three options being keeping the airport as it is, building a new one in the Reykjavík area, or closing it and moving domestic flights to Keflavík. The first choice would make it impossible to develop the highly valued land. The second choice would be most expensive, and the third one would hurt the domestic service, reducing access to vital institutions in the capital such as hospitals. The third option would give better connections between other parts of the country and the rest of the world.

When designing this watch we found it very appropriate to name it Frisland 1941 in honor of the 70 Year history of the Reykjavik airport and it’s unsecure future location.

Dial:
Sunburst Black or Silver with Arabic numerals and indexes.
White or green luminous material on numerals and ho ur markers.
Date display at three o’clock.