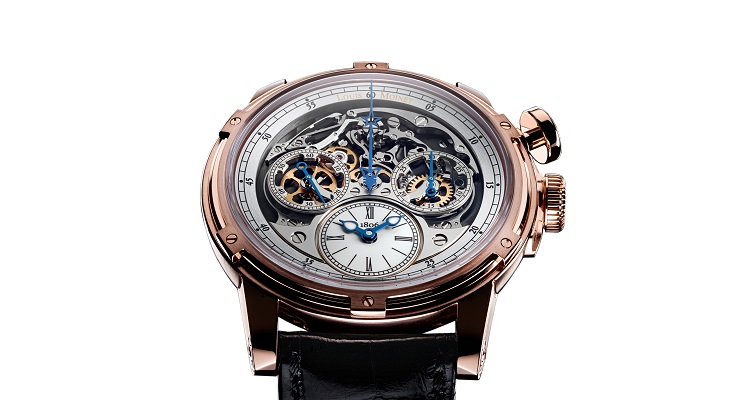 Jean-Marie Schaller, CEO of Louis Moinet has hailed it the most important launch that Louis Moinet has ever done with the unveiling of the beautiful new timepiece called apty named Memoris. It is such an important creation for Louis Moinet because it honours the first “chronograph watch” that was ever made in history. 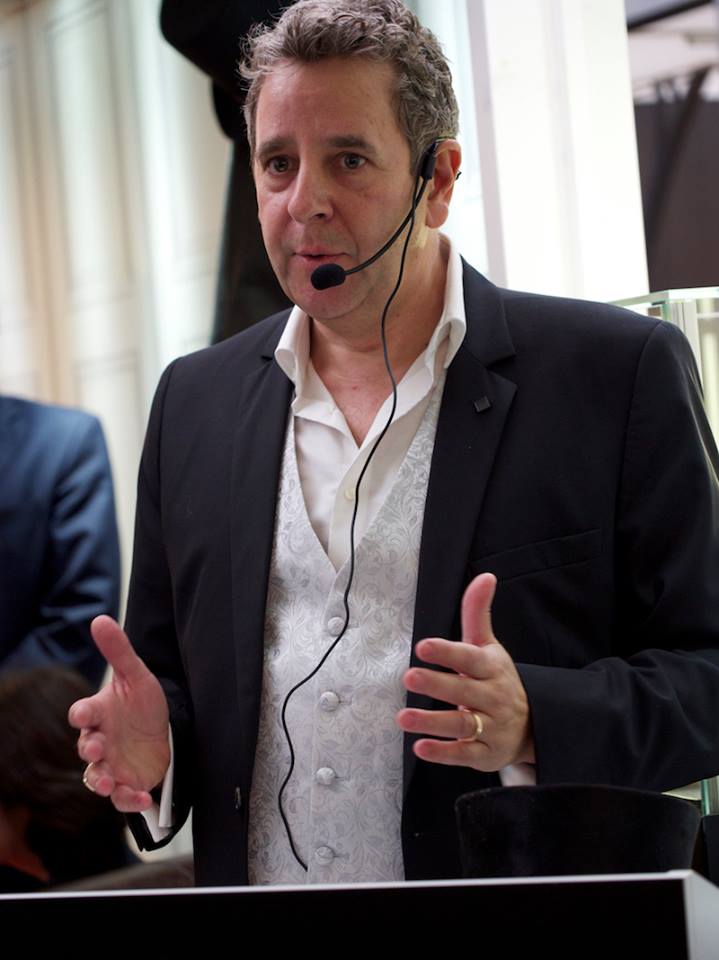 The concept was realized after almost 3 years of the designers starting a design, scrapping it and starting again, over and over until the design was perfected and the inspiration realized to its full potential. It was important that they did not do what they had done before and work from the premise that the chronograph was an added complication on top of a time function. It was for that reason that they decided to make the essence of the watch the chronograph rather than the other way round.

For the Manufacture to realize this potential, there was a single guiding principle, to forget the past and start from scratch. 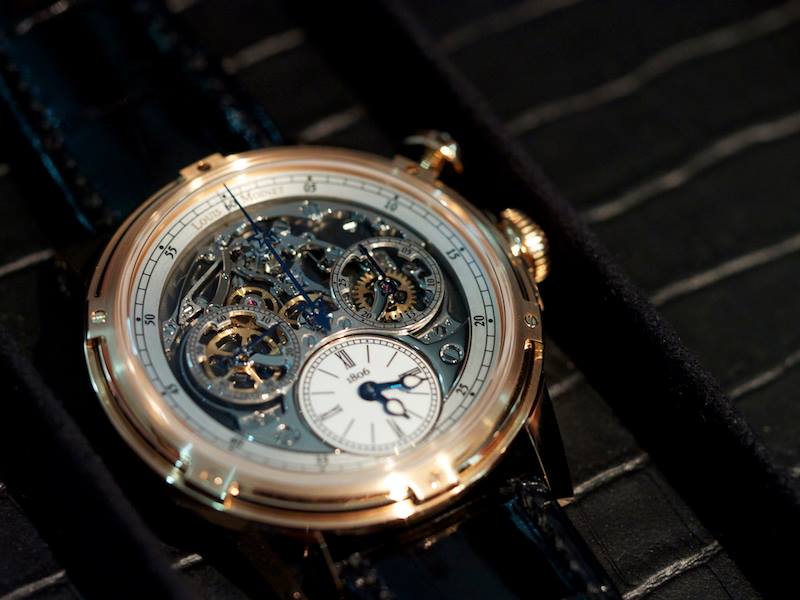 The starting point may be easy to understand, but turning it into mechanical reality required a great deal of effort. Sharing its strategic thinking with Concepto, the movement manufacturer that has worked alongside the brand since its outset, Louis Moinet considered the usual set of traditional watchmaking questions, but applied them to the chronograph: what should be highlighted, what techniques should be used, and what should be shown off? 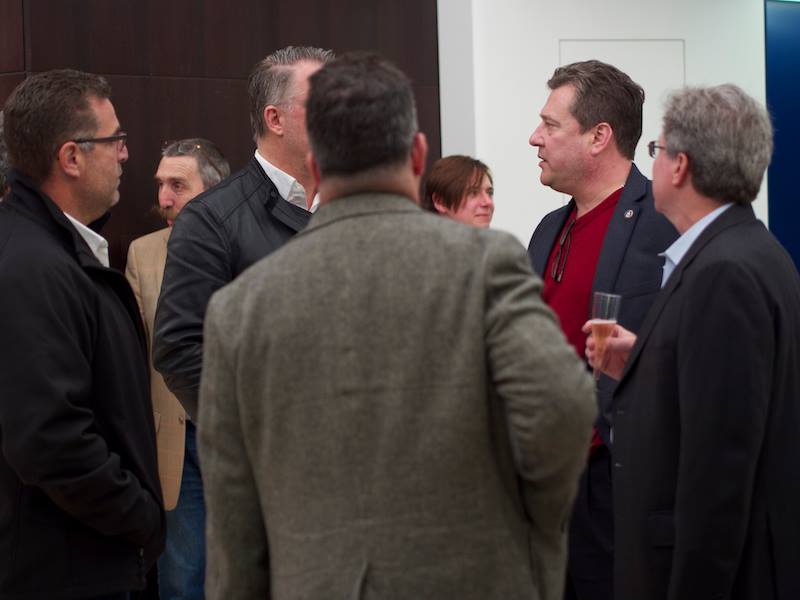 A thorough knowledge of the history of watchmaking led to the first answers. There can be no doubt that any noble chronograph must have a traditional clutch column wheel. What’s more, tradition dictates that it should feature a monopusher, the most delicate part of the exercise. And given its central role, it made sense to highlight the chronograph by having it occupy pride of place on the dial.

That left the question of what to leave visible, on display. For Louis Moinet, the answer here was quite simply everything: with Memoris, the entire chronograph function has been shifted to the dial.

As a result, the timepiece lives up to every possible expectation. Each aspect of the chronograph’s action can be admired in its entirety, as soon as the pusher is pressed. The column wheel orchestrates the graceful ballet of the mechanism of steel and gears, passing information to the hands. The chronograph reigns in splendid isolation on the dial, leaving the beholder in no doubt that it is neither a skeleton nor an additional component: the all-new movement has been designed for the chronograph alone, and places it centre stage. Louis Moinet has opted to place the traditional workings of the automatic mechanism on the back of the movement, beneath the plate. 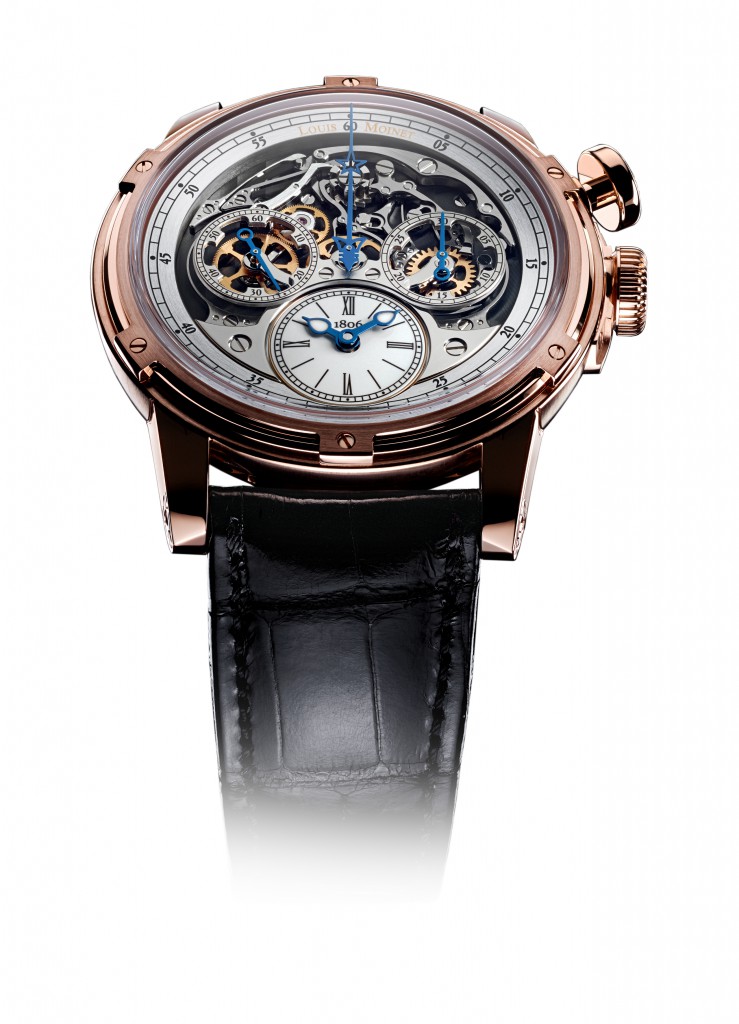 To showcase the chronograph in the style it deserves, Louis Moinet has redeveloped practically every decorative item, with a new case, new hands, a new dial, a new oscillating weight, a new folding clasp, and more.

As a bonus, Louis Moinet has come up with a wholly exclusive use of synthetic gemstones. Usually destined to serve as good pivots and provide proper lubrication of the movement components, gemstones have now found a new purpose elsewhere. Black zircon, in a screwed setting, has been used decoratively – on the case horns.

The final result of all this is Memoris: a 46 mm timepiece, available in pink gold or white gold, in three limited editions of just 60 pieces each. Embodying the essence of true commemoration – all the life of the present, rooted in history – it links Louis Moinet’s heritage with the creative vision of the Ateliers that today honour his memory. 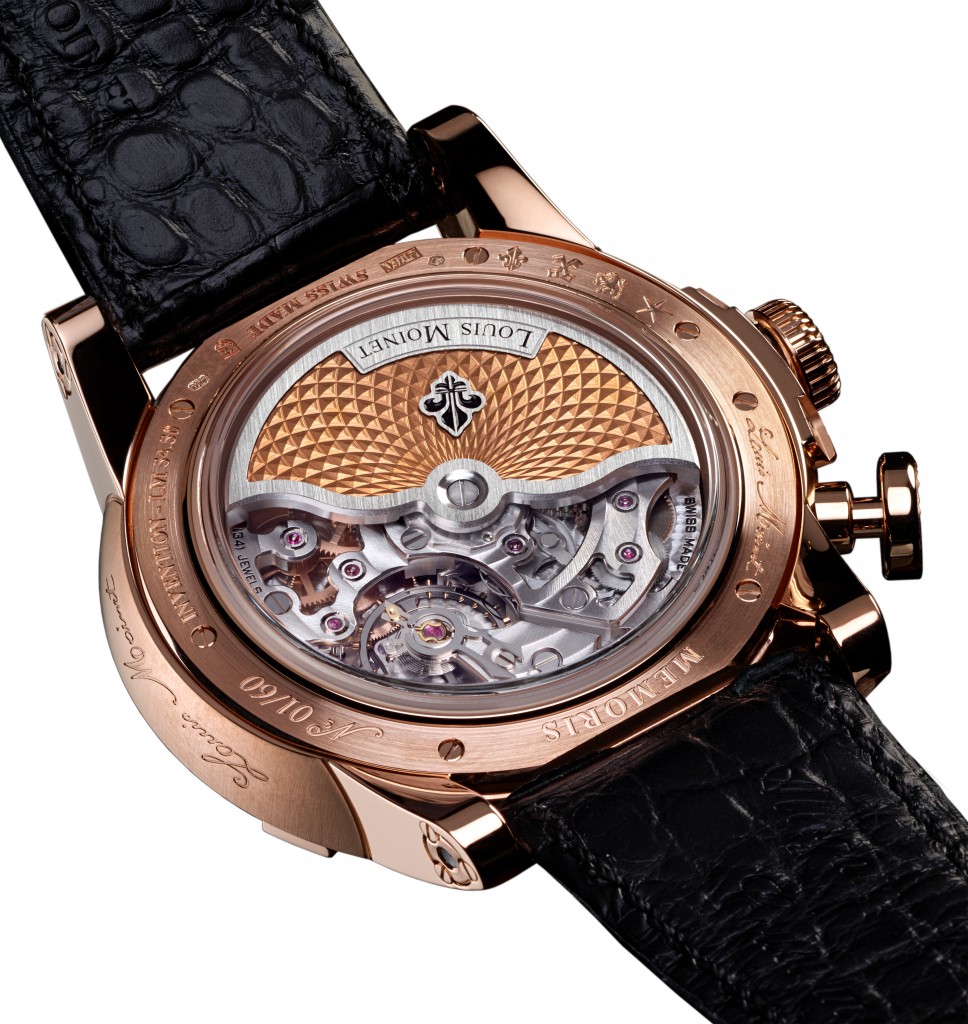 The new caliber on Memoris is the LM54. With a rhythm of 28,800 vibrations per hour (4Hz), it has 302 components and provides a 48-hour power reserve. Over sixty parts have been designed and manufactured to allow the chronograph to be presented atop a dedicated movement plate, separating it from the automatic movement beneath.

“Energie Plus” is an ingenious, automatic pawl winding system featuring an elegant spring with a ‘crab claw’ design. Completing the system, a miniature ceramic ball bearing is mounted on the dual-material rotor. The advantage of “Energie Plus” is that it allows the piece to be wound up in both directions, with a minimum of excess travel. This optimizes each movement of the rotor, recovering its energy, and winding the movement more effectively.

In the finest prestige watch-making tradition, the swivel of the yoke is aligned along the same axis as the second wheel to improve the engagement of the latter’s moving parts. This arrangement provides the best possible distance between the second wheel and the clutch wheel, for every stage of the chronograph function: start, stop and reset. 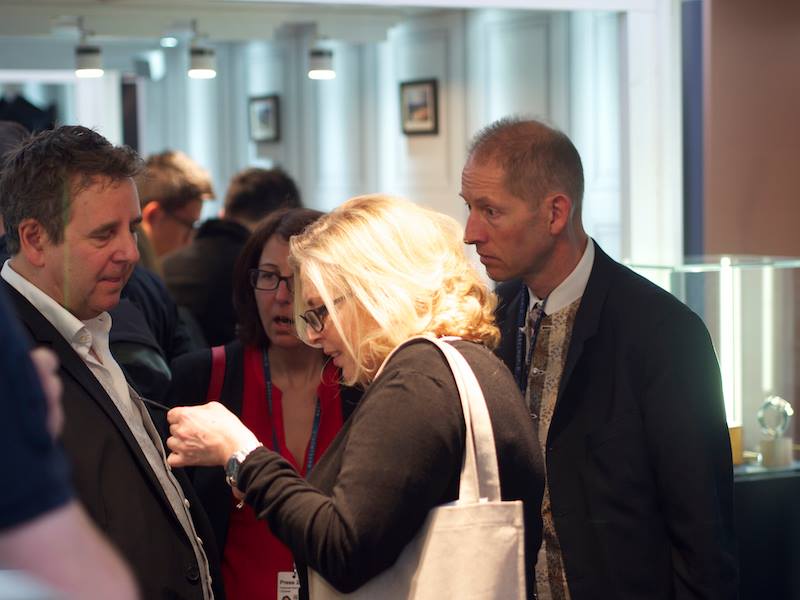 Louis Moinet has undoubtedly left us wanting more after what we saw from Memoris. The case is beautiful, the dial is beautiful and most importantly, the story behind the piece makes you feel nostalgic. Wonderful and historic, Memoris lives up to its name and its founding father. For more info, please visit louismoinet.com