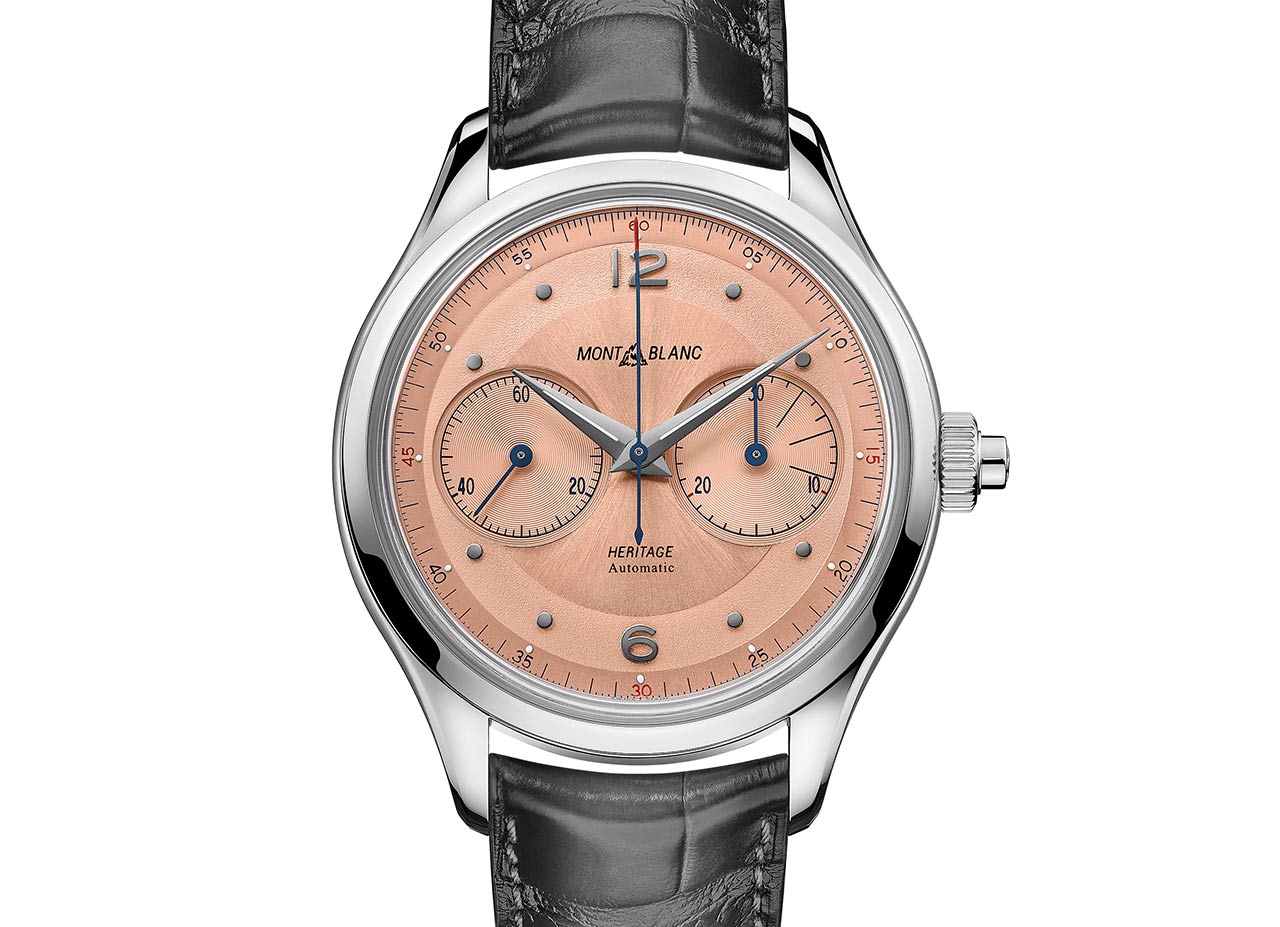 Montblanc has enjoyed a new lease of life recently, since acquiring the historic company Minerva they set about reviving Minerva’s movements and designs to create the Heritage collection, a series of smart-looking pieces that offer some horological glamour too. The Heritage collection follows the design themes that were common in the first half of the 20th century, so you can expect some classy looking pieces with muted colour schemes. 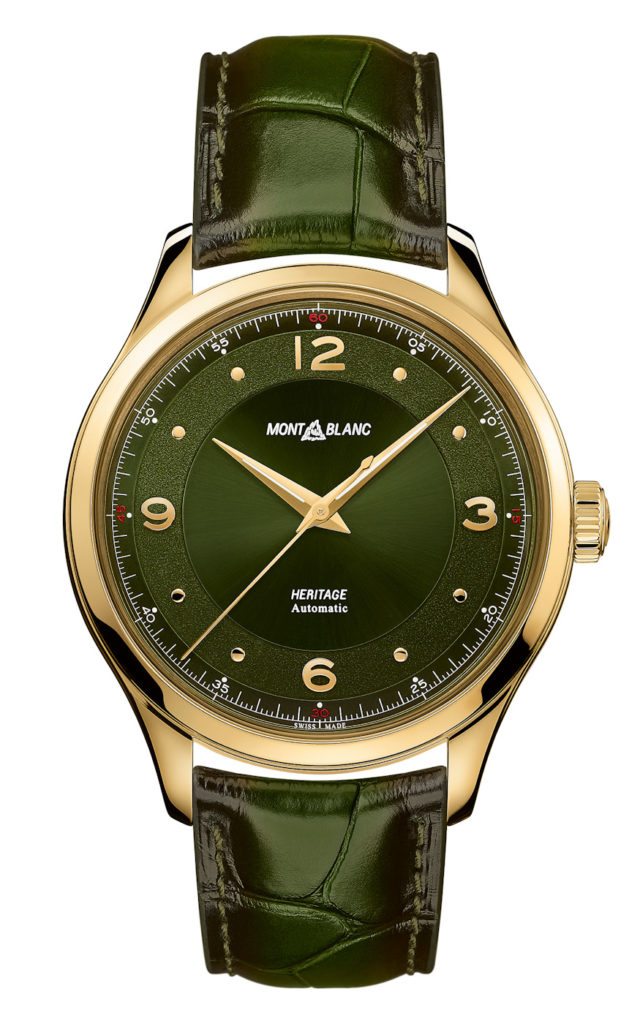 Of the three new watches, the Heritage Automatic is the simplest and retails for $8900, but that doesn’t mean it lacks in charm. The 40mm case is made of 18k yellow gold and compliments the dark green colours of the watch’s dial and leather strap. The dial is relatively clean and unfussy, using concentric circles with alternating finishes to break everything up a bit. Inside the watch is the calibre MB24.27, which has a 42-hour power reserve. Montblanc has a habit of using Sellita movements in its watches, even the pricey ones, so I’d hope that we don’t see it here as a different movement is needed to separate the gold version from the affordable steel ones (I know that sounds harsh and ‘snobbish’, but when you pay more you expect more). 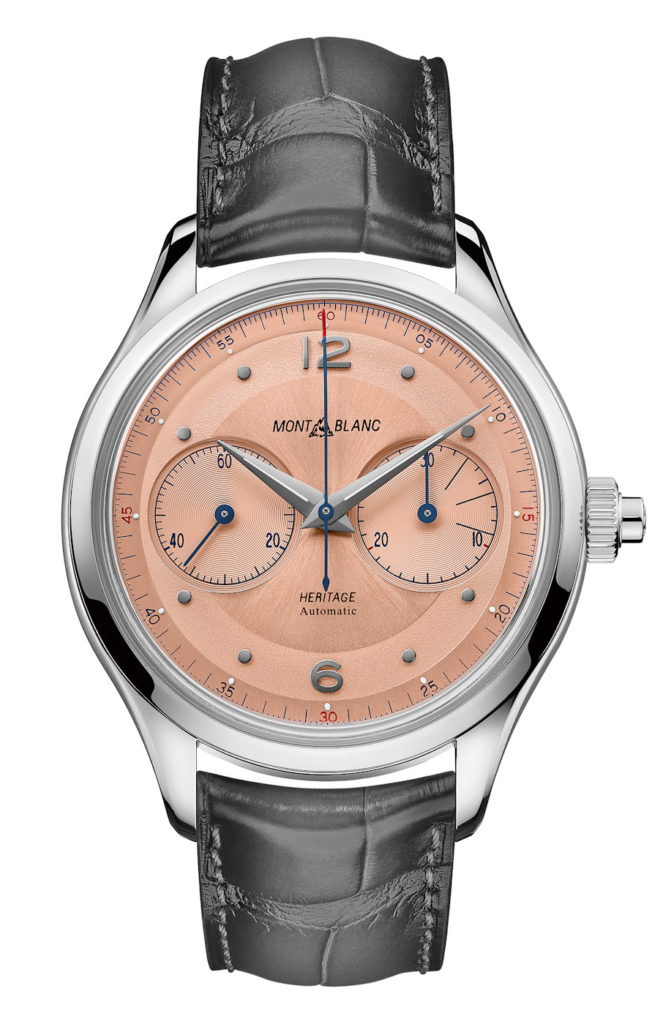 Following the design colours of the Heritage Pulsograph comes a version of the Monopusher Chronograph watch that helped to put Montblanc back on the map as a serious watchmaker. The salmon-coloured dial with blue hands and markers make for an attractive timepiece, and I appreciate the fact that they refrained from putting a date window on it. The thin markers and diminutive numerals make the dial cleaner, allowing you to focus on the chronograph when it’s running, the case is 42mm so it should be reasonably easy to read this watch, too. Inside the steel case is the calibre MB25.12 has a 4Hz beat rate and a 48-hour power reserve, again, no specific details on this movement either but the MB25.11 is Sellita based, so who knows. The retail price is $4950 and is the most affordable to purchase of the three new watches. 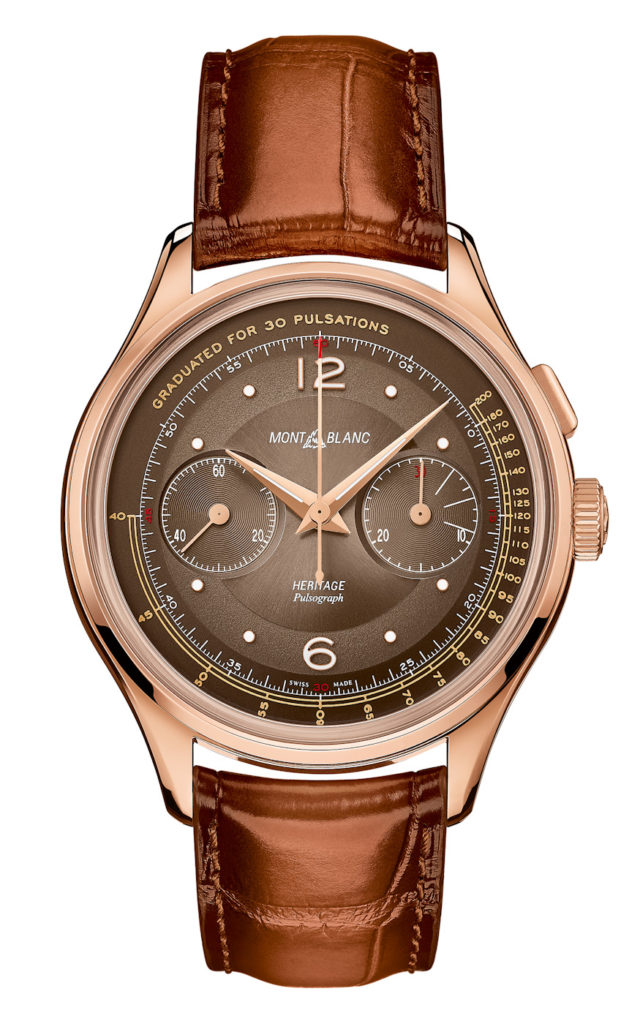 The star of the show is the Heritage Monopusher Pulsograph watch, which I can happily report, runs on a Minerva calibre, the MB13.21. This hand-wound movement has a 55-hour power reserve and runs at a leisurely 2.5Hz. It also has a column wheel and a lateral clutch so you can appreciate the mechanics doing their thing in the back when you operate the single pusher on the watch. Unlike nearly all chronographs today, this one uses a single pusher for cycling through the start/stop/reset sequence. This may seem a little old-fashioned, and it is, as this is how all chronographs used to be. The twin-pusher chronograph layout came about in the early part of the 20th century and took off quickly, so it’s nice to see Montblanc keeping this old design alive. The pulse scale on the outer edge of the dial was used by doctors to measure someone’s heart rate before electronic equipment took over and it’s painted in a colour to match the 40mm rose gold case. Only a handful of these will be made, 100 to be precise. The retail price is set at $33,000.