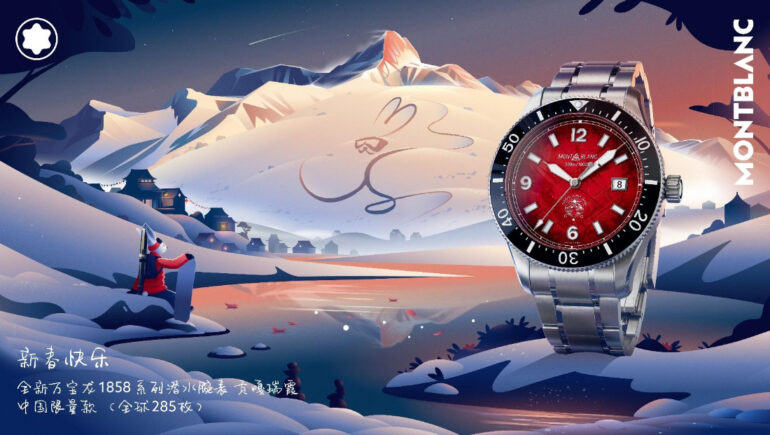 Montblanc's newest watch was inspired by a mountain we'd never heard of.

Let it never be said that the watch brands of the world sat on their laurels and had a little rest at the beginning of 2023. Next up to debut a new watch within the first month of the year is Montblanc, more known for its pens and leather goods than its watches. Montblanc has a fascinating history of wristwatches and owns Minerva, a historical maker of chronograph watches and movements. 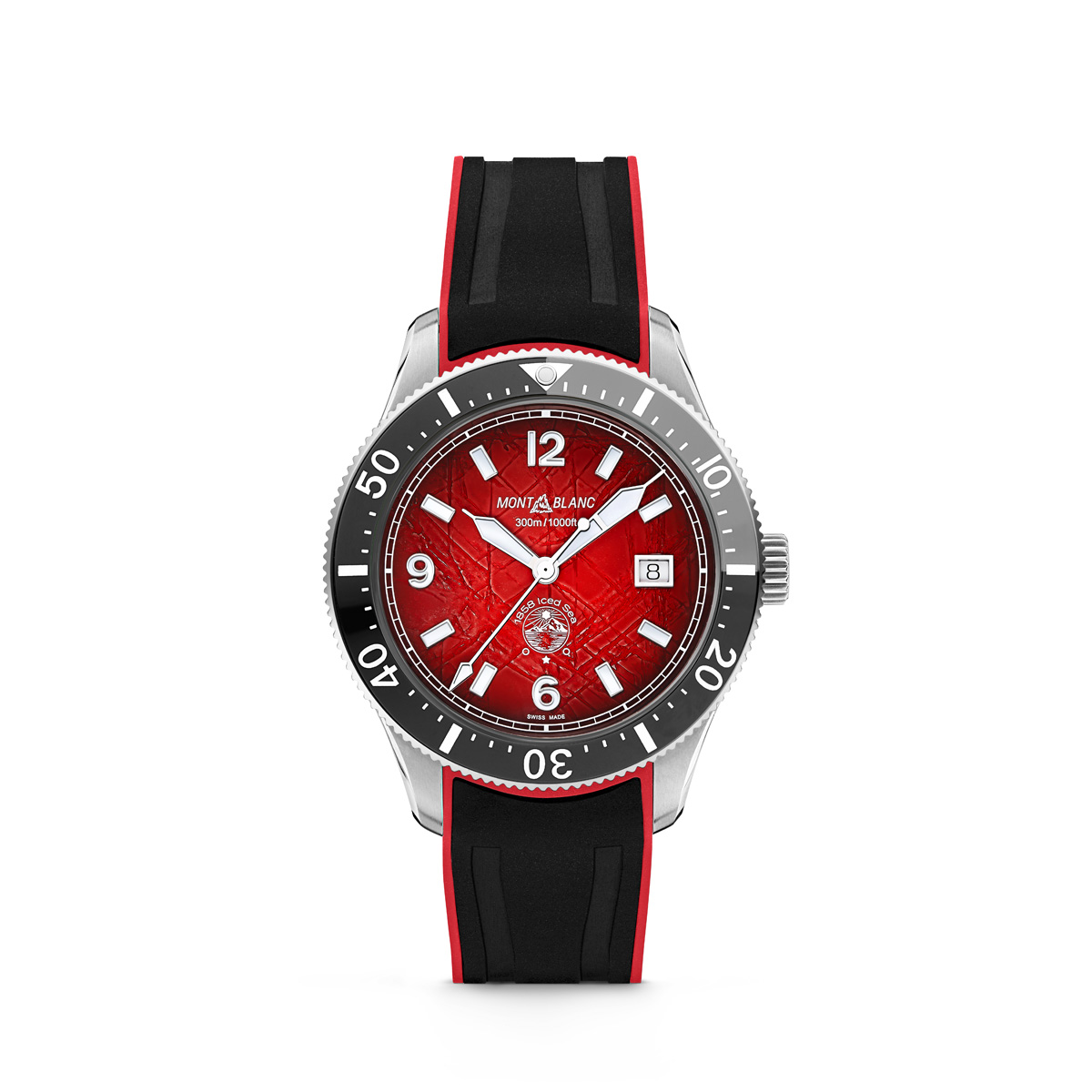 It’s a little difficult to pinpoint precisely how Montblanc places itself in the watch industry for the reason mentioned above. Its Minerva-powered watches can command five-figure prices with ease, but then we get more reasonably-priced watches like the subject of today’s article: the 1858 Iced Sea Minya Konka Limited Edition. This one is priced at S$5500, about USD$4150. 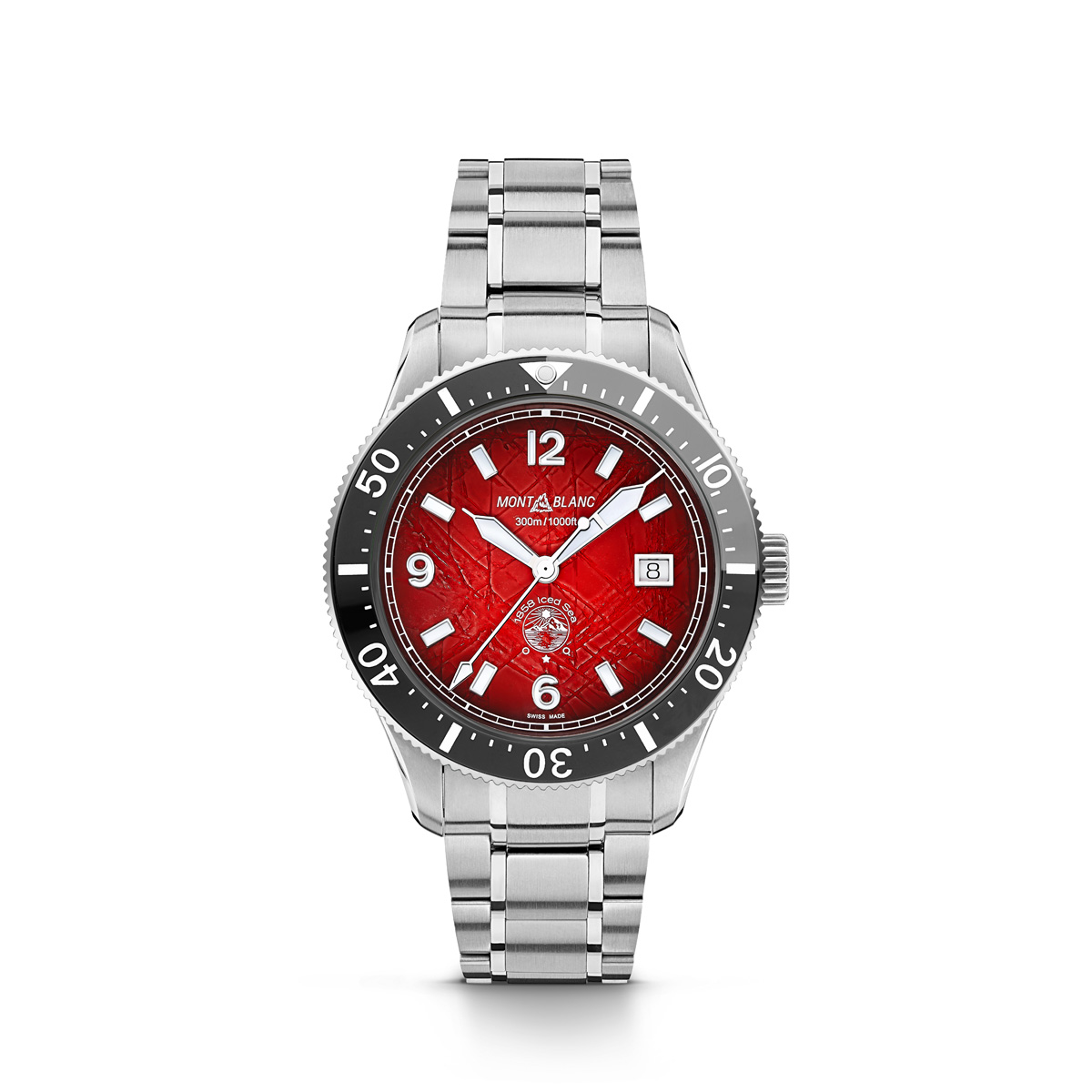 To recap, the Iced Sea range is a set of professional diving watches from Montblanc. Diving watches are a very popular category, and we’d argue that all brands at this price level should have one. Up until now, the Iced Sea range, with its exquisite hand-finished dials, has been paying tribute to the Mer de Glace, a glacier in the French Alps which is a part of Mont Blanc. Mount Gongga, also known as Minya Konka, has the third-highest peak in the world outside of the Himalayas, and has the highest peak in China’s Sichuan province. Yes, that is where Sichuan sauce comes from, I checked. Anyway, according to the mountain’s Wikipedia article, Minya Konka has a much higher death rate than Mount Everest despite the height difference, owing to the challenging structure near the summit. The red of this watch sort of symbolises the danger of the mountain, although it officially represents the beautiful red evening skies over Minya Konka.

That shouldn’t be a problem for the Iced Sea, though. It’s built to withstand 300m of depth thanks to its 41mm stainless steel case. The back of the case has a coloured display of Minya Konka in the evening twilight, which is especially impressive considering this is an engraving with colour. The Chinese text translates to “The Auspicious Pink Clouds of Mount Gongga”. Behind that caseback is the self-winding MB24.17 calibre, which is based on a Sellita SW200. It has a 4Hz beat rate and a 38-hour power reserve.

A black and red rubber strap is on offer, with a stainless steel bracelet available too. The quick change system is a nice touch, too. Limited to 285 models only, this watch is available for retail sale in China, Malaysia and Singapore only.