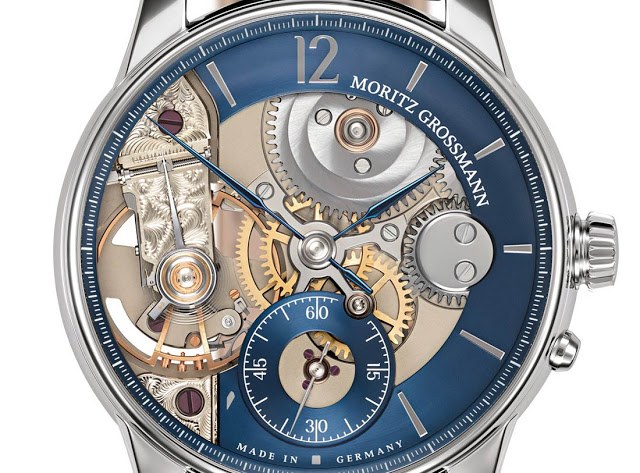 As you know, Moritz Grossmann is one of my favourite independents, born from a modern take on old history Moritz Grossmann makes watches with both surprise and delight. This time it’s much the same, but instead of creating a new kind of chronograph or re-inventing the balance wheel, it’s done something much more straightforward.

Typically, when one wishes to reveal the movement of their watch, they put a sapphire crystal on the caseback, which is indeed the case here. However, Moritz Grossmann has gone two steps further in showing off its new movement, the calibre 107.0. As well as the traditional adding of a clear caseback, a section of the dial has also been cut away to reveal the beating heart of the watch: the escapement assembly, there’s also the barrel and some wheels to admire too. 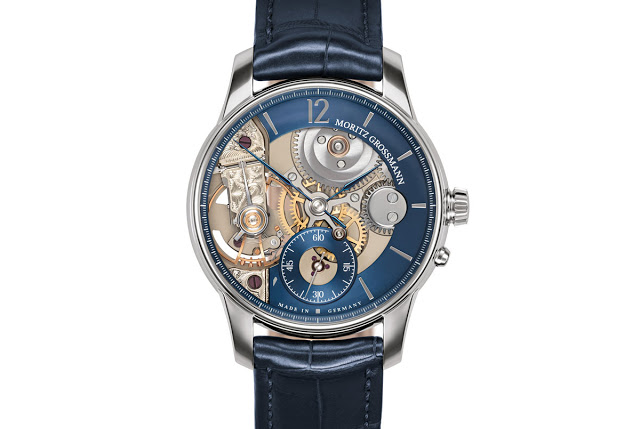 Now that might sound all well and good so far, but that’s just one of the two steps undertaken by the company, the other is a little more complicated. Moritz Grossmann has reversed the watch movement, that is to say, that it is now sat upside down inside the case to reveal the engraved balance cock to the wearer. The reverse side hasn’t been forgotten either, with big fat Glashütte ribbing stripes covering the German silver movement. Also on display is the system which stops the balance and allows for the winding of the watch. Once the pusher beneath the crown has been depressed, a push-rod sends the new position of the clutch lever to a brake spring, thus stopping the balance. Depressing the pusher starts it once again, this is one of the first time Moritz Grossmann has revealed this assembly in its watches. 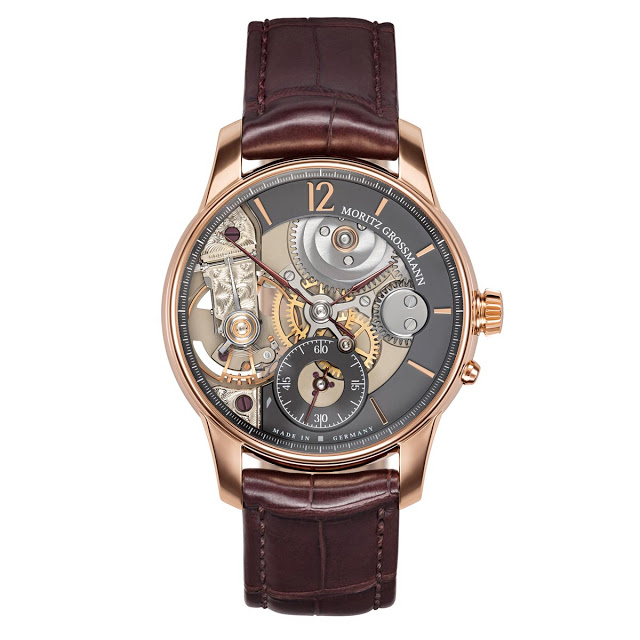 The 41mm cases are made of either 18K rose gold, which will cost €38,400 or platinum which will cost €46,800, it comes in a limited edition run of just 18 watches. You have to admire the details on this watch, as well as the balance cock I particularly like the stand-out feature of the watch dial, have you seen it yet? The sub-seconds hand has been set in a polished gold chaton, a very unusual move for watch hands. If I were forced to choose between the two versions, I’d want the platinum simply for the versatility of the white metal, but the charcoal grey colour of the dial on the rose gold is terrific. Moritz Grossmann has hit it out of the park, again.