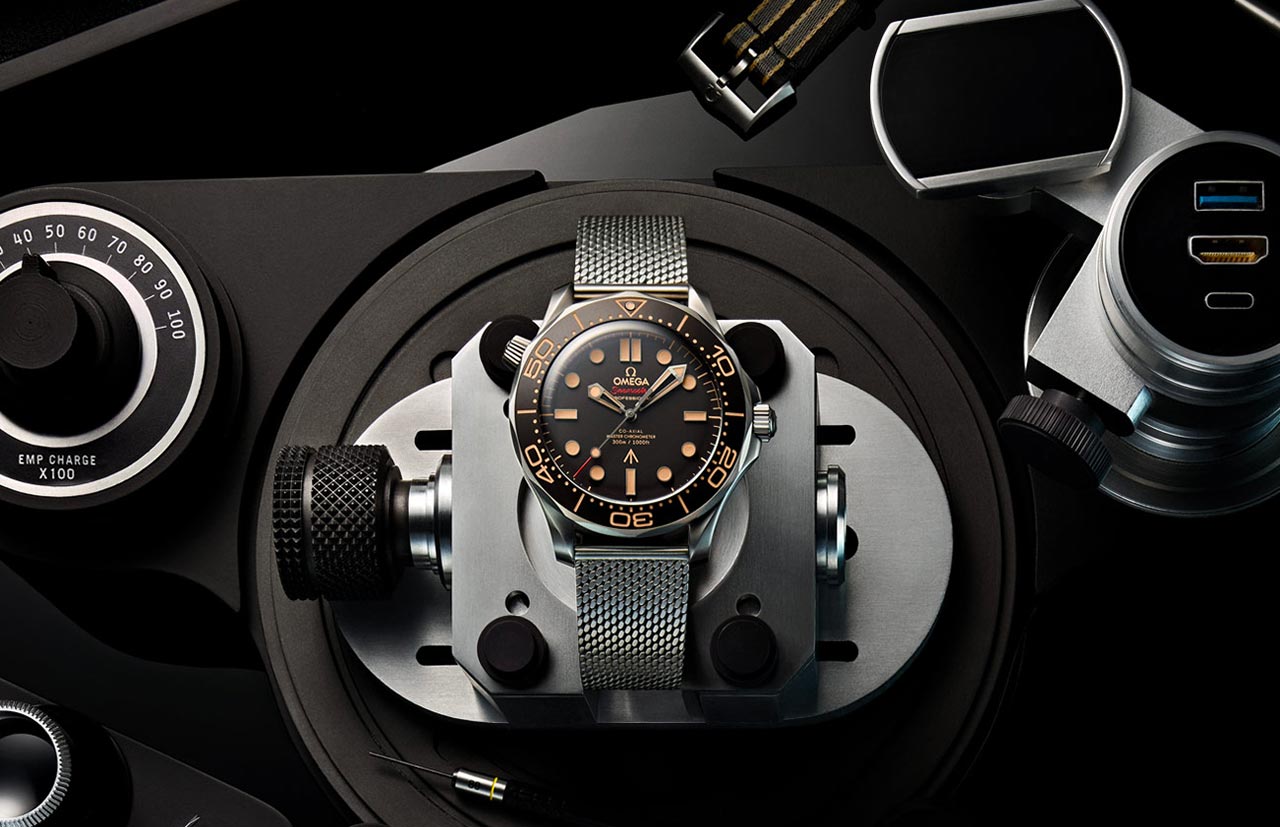 Recently we saw the first trailer for the upcoming Bond film No Time to Die, due to be released in April of 2020. No Time to Die will be the 25th film in the franchise and Daniel Craig’s last outing as the MI6 agent. Omega, being both a member of the Swatch Group and a supplier of Q branch, had the official task of making a load of watches for the service. The previous film, Spectre, saw a few different watches including a particular version of the Seamaster 300M with a lollipop seconds hand and a bomb in it (that part was supposedly deactivated for regular customers). 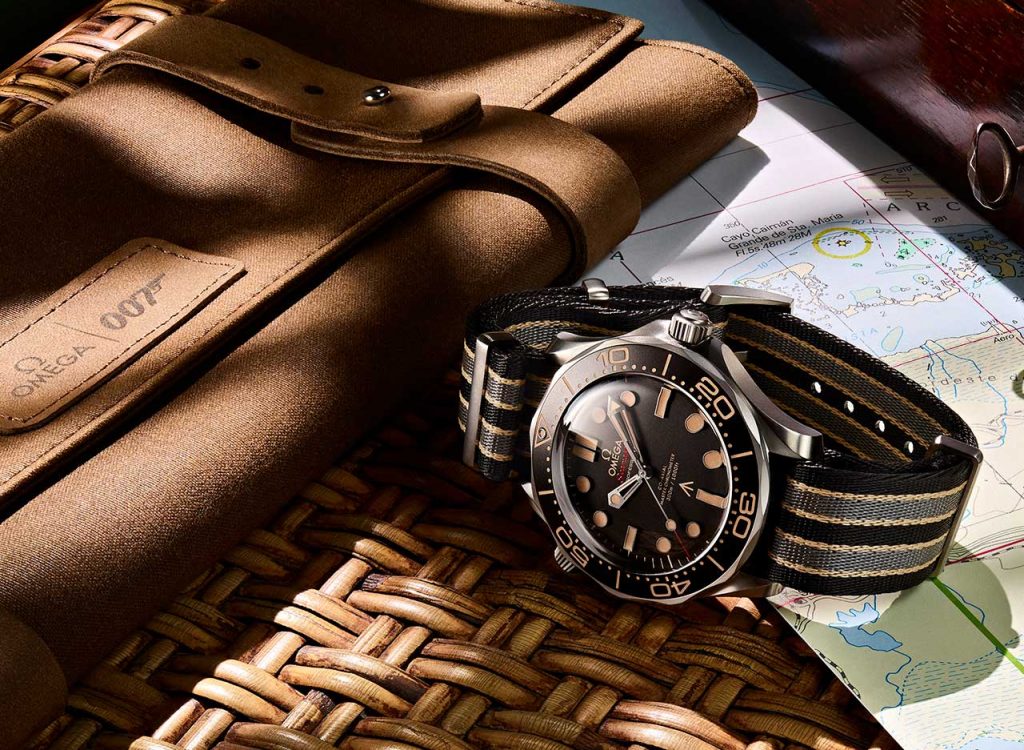 The second special Bond watch is based on the Seamaster Diver 300M, a watch which we usually associate with James Bond anyway. I know I typically refer to the first generation Seamaster to feature a wave dial as the ‘Bond Seamaster’. This new special edition does away with the wave dial that was reintroduced for the recently updated Seamaster. I like this choice. If you remember the previous Bond edition Seamaster that was also based on the Seamaster Diver 300M, it was a bit of a cluster of different elements. This version is much cleaner. In case you’re wondering about the arrow at the 6 o’clock position, this is called a Pheon mark, but most know it as a broad arrow. It denotes ownership of an item by the British Government and is quite prized to collectors of war memorabilia. The dial is made of anodised aluminium that will patinate over time, to match the ‘fauxtina’ colour of the SuperLumiNova. Oh yeah, and the bezel is aluminium as well, so expect scratches and war scars over time! 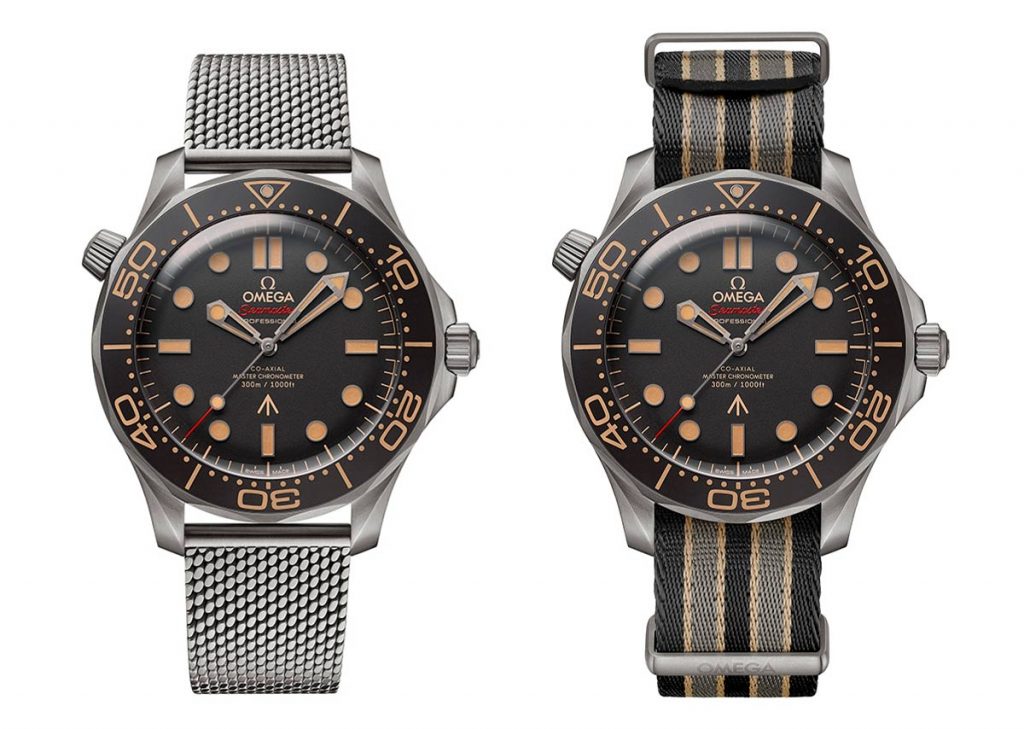 The case is brushed titanium, along with the mech bracelet with folding clasp, so expect it to be very light. Ever felt the titanium PloProf? That thing’s way lighter than expected, so this shouldn’t be any different. The case measures at 42mm by 13.15mm and, as the name suggests, is water-resistant to 300m. Inside the case is the Master Chronometer certified calibre 8806 with 55-hour power reserve, a free-sprung balance and a beat rate of 3.5Hz. 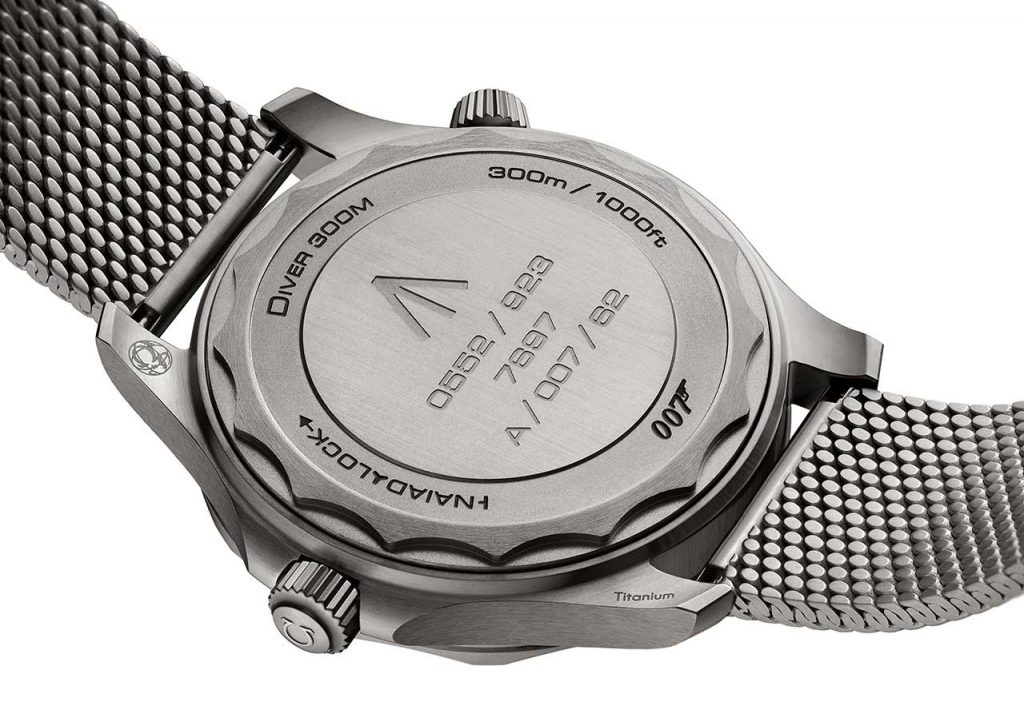 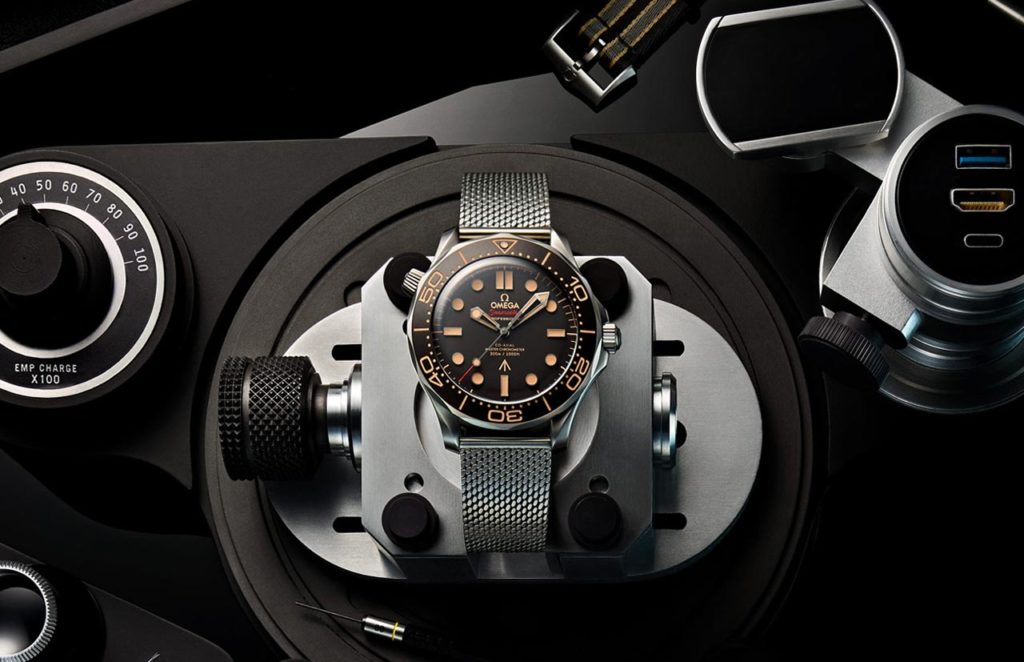