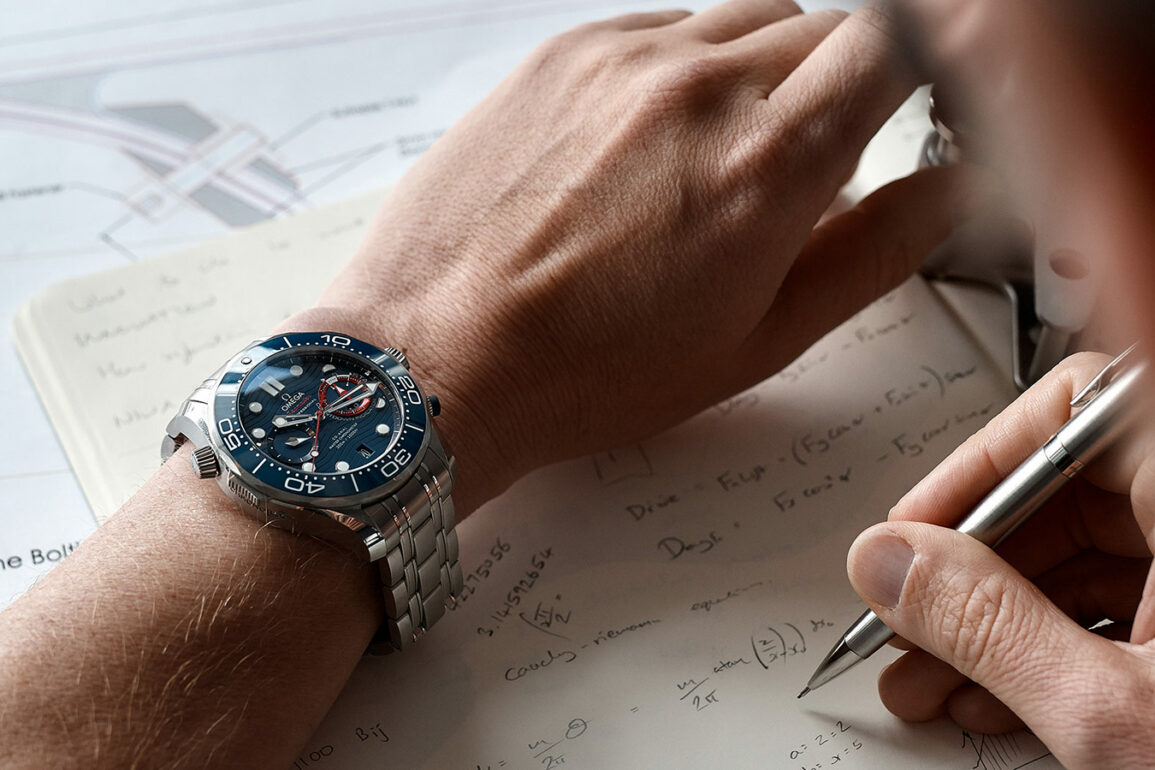 A new Seamaster Chronograph for the sailors.

Omega has once again been selected as the official timekeeper of the America’s Cup which is slated to be held between 6th and 25th March 2021 in Auckland. To commemorate this occasion the brand has just dropped a gorgeous new variation of its Seamster 300M Diver Chronograph. 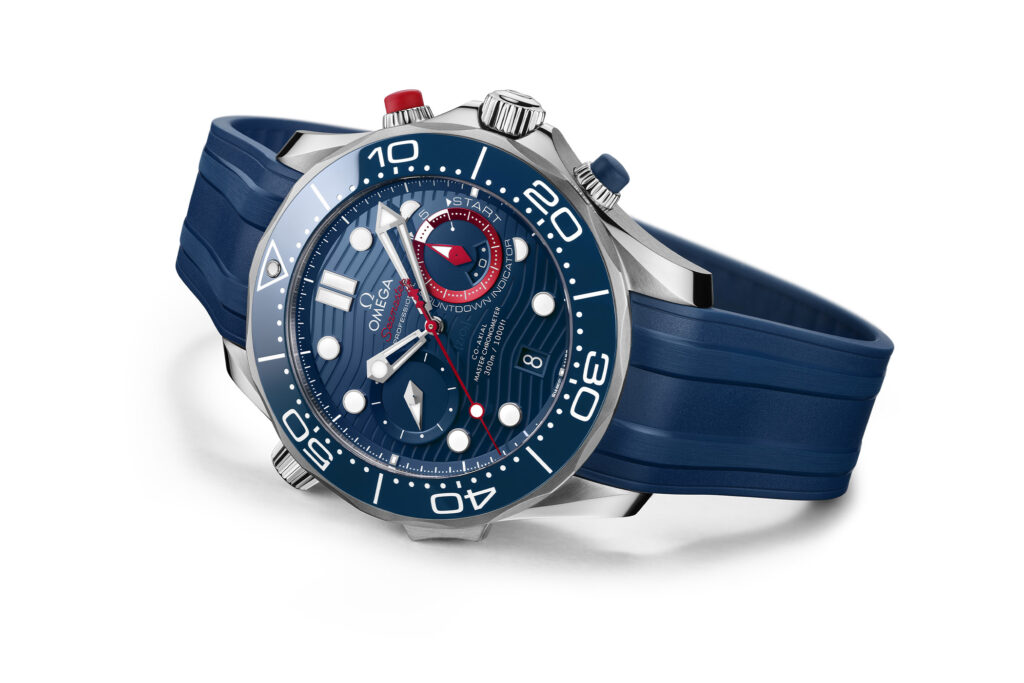 The America’s Cup is one of the oldest and most popular events in the sport of sailing. In its 36th iteration, the final competition will be held between the Emirates Team New Zealand and Luna Rossa Prada Pirelli of Italy. For this event, both teams will be using AC75 monohull boats that have been designed using cutting-edge technology to hit an unimaginable top speed of 50 knots. And while we are unsure of the technology and design behind the boats, what we do know is that Omega seems to have designed the perfect wrist partner to help the sailers battle out the challenges and rigors of the sport.

Based on the current generation Seamaster chronograph, the America’s Cup chronograph looks familiar design although with a few noteworthy differences. Let’s begin with the case. Measuring 44mm in diameter, the case is machined from stainless steel and features a round shape with the popular twisted lug design. Sitting on top of the case is a rotating dive time bezel with a blue ceramic insert and a white enamel diving scale. The case is water-resistant to 300 meters which is ensured using the screw-down crown and pushers. Furthermore, to make their usage more convenient underwater, the colorful blue and red pushers have been made from soft-touch rubber instead of ceramic. On the left side of the case, you still get the controversial helium escape valves which is loved by some and hated by others. In addition to this, a new Chrono lock trigger has been placed between 8 and 9. A simple slide of this trigger locks the pushers to avoid accidental activation of the chronograph functions and preserves the measured time for future reference.

The beating heart of this watch is the in-house Omega calibre 9900. A column-wheel-based automatic movement, the 9900 comes equipped with a co-axial escapement, a fixed balance bridge, and a silicon balance spring. The movement operates at a frequency of 3.5 Hz and offers a power reserve of 60 hours with the help of two barrels. In addition to being COSC certified, the movement is also METAS certified which means that watch would remain accurate within 0 to +5 seconds a day and will remain anti-magnetic up to 15000 gauss. The movement is beautifully decorated can be viewed through the exhibition case back which also has the text ‘36th America’s Cup’ and ‘Auckland 2021’ printed in blue.

Like the case, the dial on the Seamster 300M America’s cup maintains the design of the Seamster 300M chronograph with a few improvements made to support a Regetta race. So, you still get the shiny ceramic blue dial with laser-etched waves, applied maxi style markers filled with white luminous paint, and a balanced twin-register setup. The register at 9 tracks the running seconds and the register at 3 can be used to record the chronograph minutes and hours. Interestingly the chronograph register has been painted in red with the first ten minutes that can be used as a Regetta countdown timer highlighted in white. In addition to this for enhanced readability, the hours have been presented using a disc that can be read using the bowl-shaped window placed at the bottom of the chronograph minutes register. As for the hands, you still get bold skeletonized hour and minute hands, sharp and chunky hands for the counters, and a red lollipop style chronograph hand with the counterweight mimicking the shape of the America Cup’s trophy. 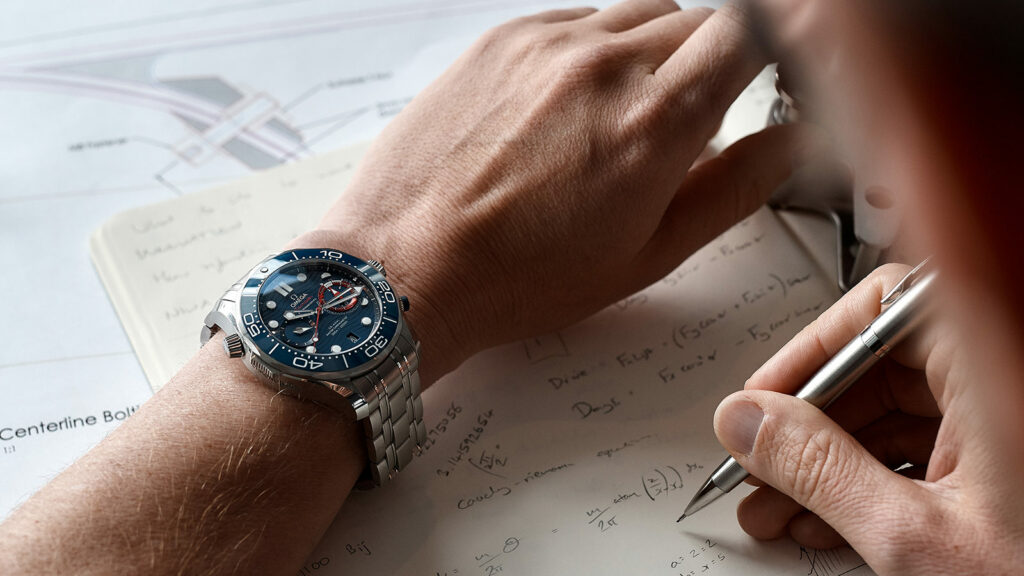 The new Omega Seamster 300M Diver Chronograph America’s Cup would be accompanied by both a blue rubber strap and the five-link Seamster bracelet. The bigger news however is that both options for the first time come equipped with a quick-release mechanism that would make changing straps a breeze, a feature Seamaster fans have been waiting for long. The watch would retail for USD 10,700.