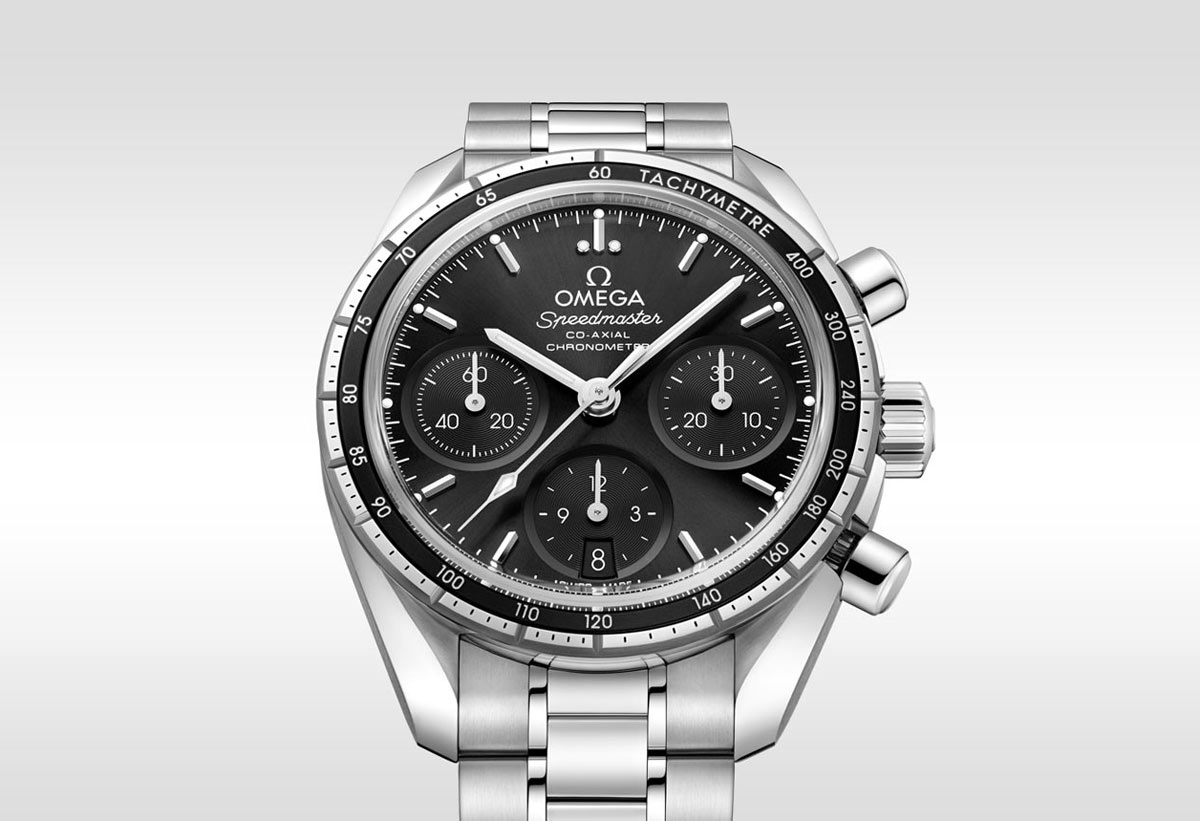 Having been to the moon and back the Omega Speedmaster is truly an iconic watch that needs no introduction. The Speedmaster has been in production since 1957 and completed its 60th anniversary in 2016, and Omega celebrated this landmark by introducing a range of new Speedmaster’s with some distinctive styling and a slew of vibrant colors. The brand is now adding a new unique model to the 38mm speedmaster family. This watch features a black dial with a black aluminium bezel, but this around the sub dials are rounded as opposed to the oval-shaped sub dials of its elder brethren’s. 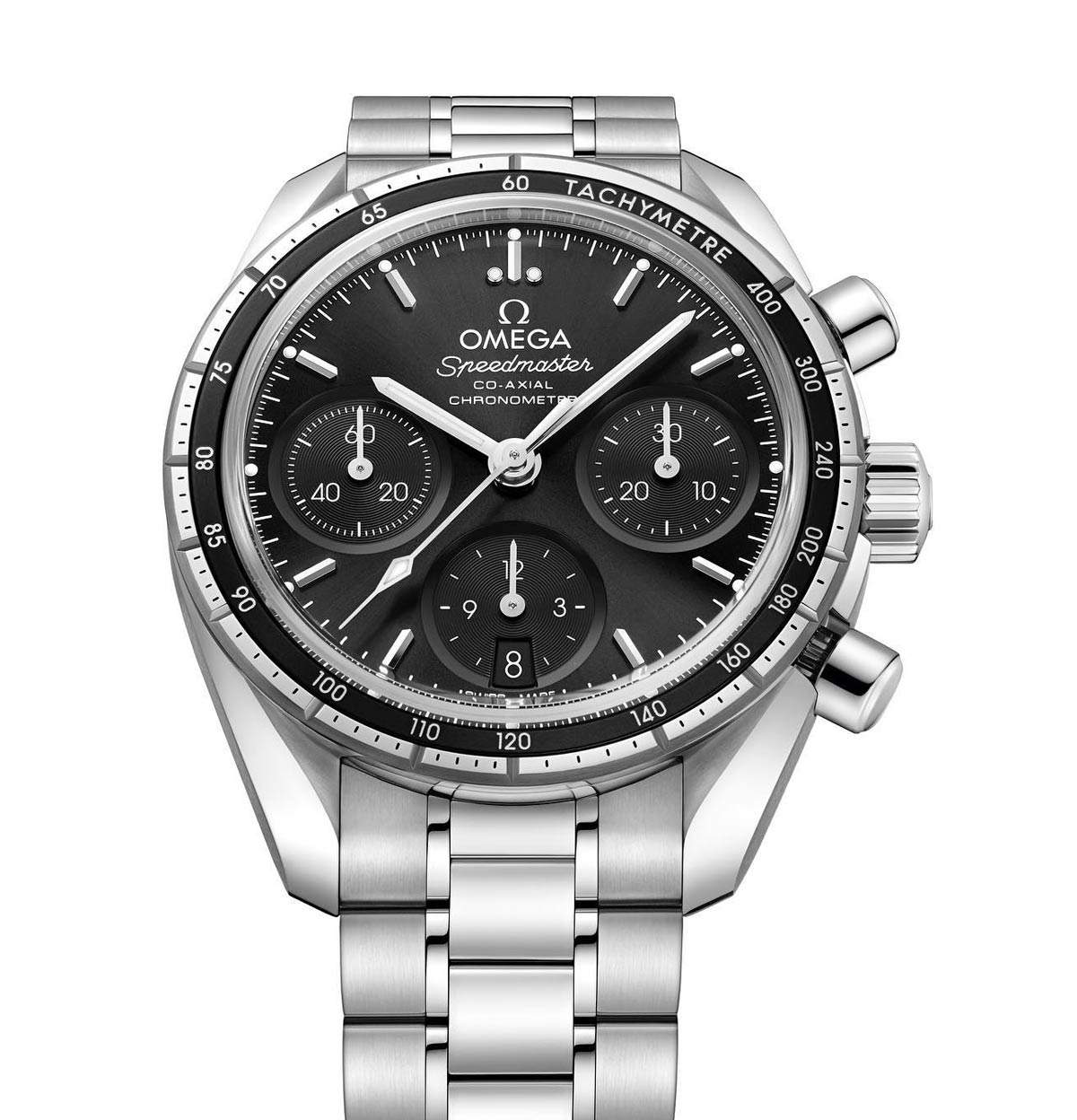 The dial on the Omega Speedmaster 38 Co-axial black is well executed and features a nice sunburst finish giving the dial a nice luster. The sub dials at 3, 6 and 9 feature concentric circular grains and have been deeply recessed giving a sense of depth and dynamism to the dial. One of the more interesting visual detail of this dial has to be the rounded shape of the sub dials which along with the black dial and aluminum bezel makes this watch bear a close resemblance to the Omega Speedmaster Professional (aka Moonwatch). Yes, I agree that this is too big of a statement to make, and these two watches are a world apart, but I really feel that the rounded sub dials really are an integral part of the Speedmaster and look better than the oval ones. But, looks are definitely a subjective matter and I am sure there would be certain takes for oval-shaped sub dials as well. Nevertheless, moving forward with the dial. The hour markers on this watch have been presented in the form of applied indices, which along with the handset has been rhodium plated providing a nice contrast against the dial, aiding legibility. 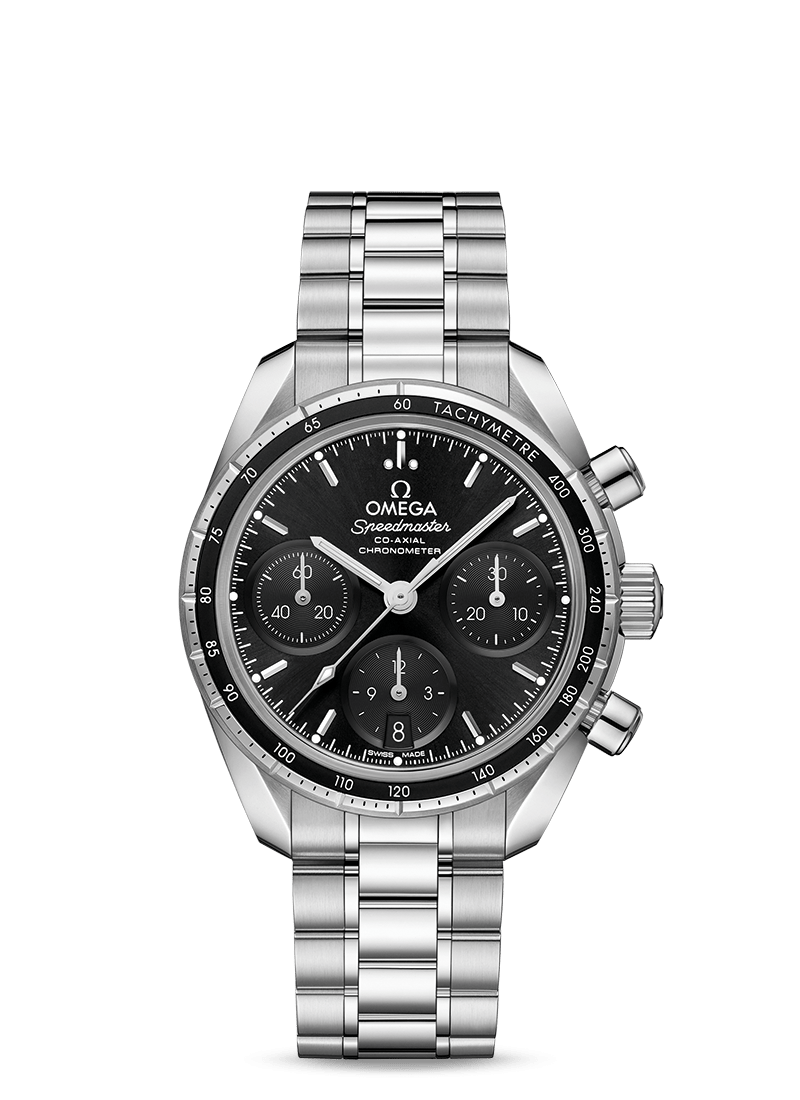 As the name suggests, the Omega Speedmaster 38 Co-axial black features a 38mm stainless steel case with the popular twisted lug design. This is nice mid-sized case and should make the watch wear comfortably on both larger as well as smaller wrists. The case is water-resistant to 100 metres which is more than sufficient and makes the watch capable of handling some light swimming if you wish do so. There is a sapphire crystal on top of the case, giving a nice view of the dial, whereas the case back is of screw down variety with a deeply stamped Seahorse medallion. Powering the watch is Omega’s Co-Axial Calibre 3330. This is a column wheel based self-winding chronograph movement with a Co-Axial escapement and is COSC certified. The movement comes equipped with a Free sprung- balance containing a Si14 silicon hairspring and provides a power reserve of 54 hours.

Although the Omega Speedmaster 38 Co-axial black might not have heritage and legacy of a Moonwatch, it does make for an interesting option to consider for people with smaller wrists and people who like the Speedmaster aesthetics along with some modern internals. The watch comes fitted with a steel bracelet and is priced at 4600 Euros.