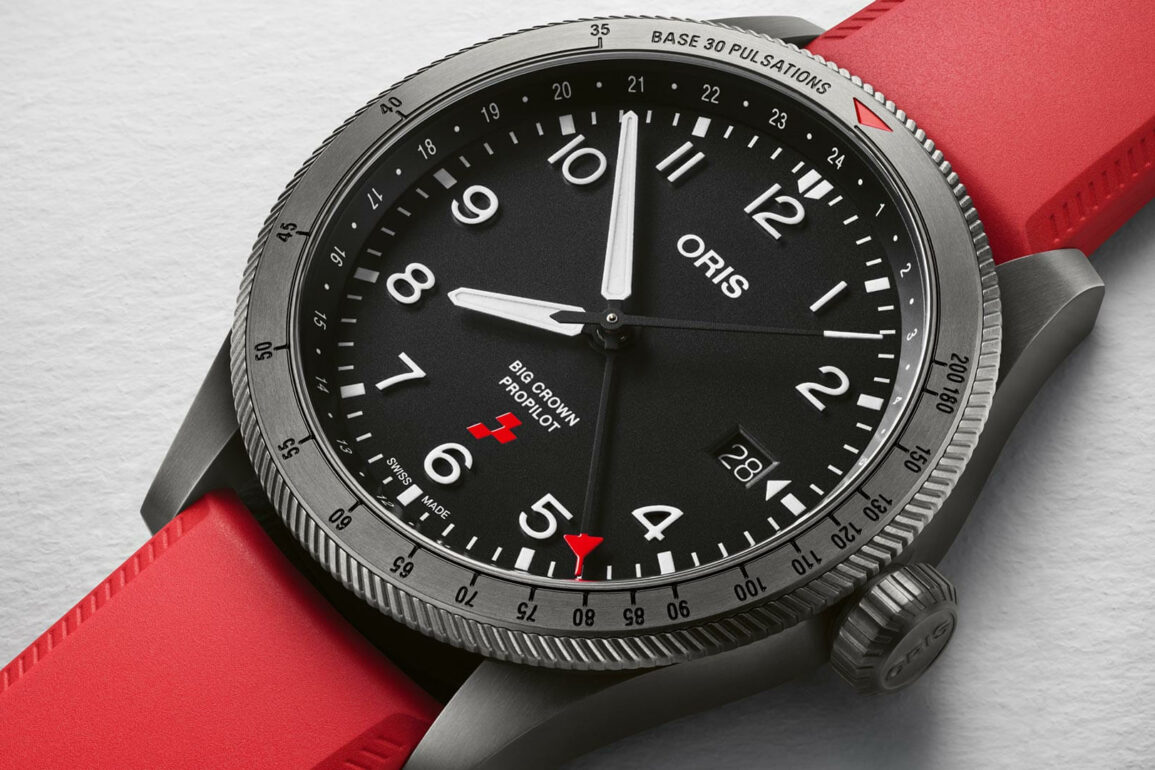 The third collaboration between Oris and the Swiss air rescue service is a winner.

Oris has worked with Rega twice before on limited edition watches, but as they say, the third time’s a charm. It started in 2016 with the Oris Altimeter Rega Limited Edition and then GMT Rega Limited Edition. This new collection really encapsulates the Swiss air rescue organization by allowing pilots and rescuers to have design input, while also honoring Rega’s 21 operational aircraft (3 planes and 18 helicopters). The aircraft include the Airbus H145, AugustaWestland Da Vinci AW109SP and Bombardier Challenger 650. There will be 100 watches for each plane or helicopter with a special engraving on the case back, totaling 2,100 for the collection. 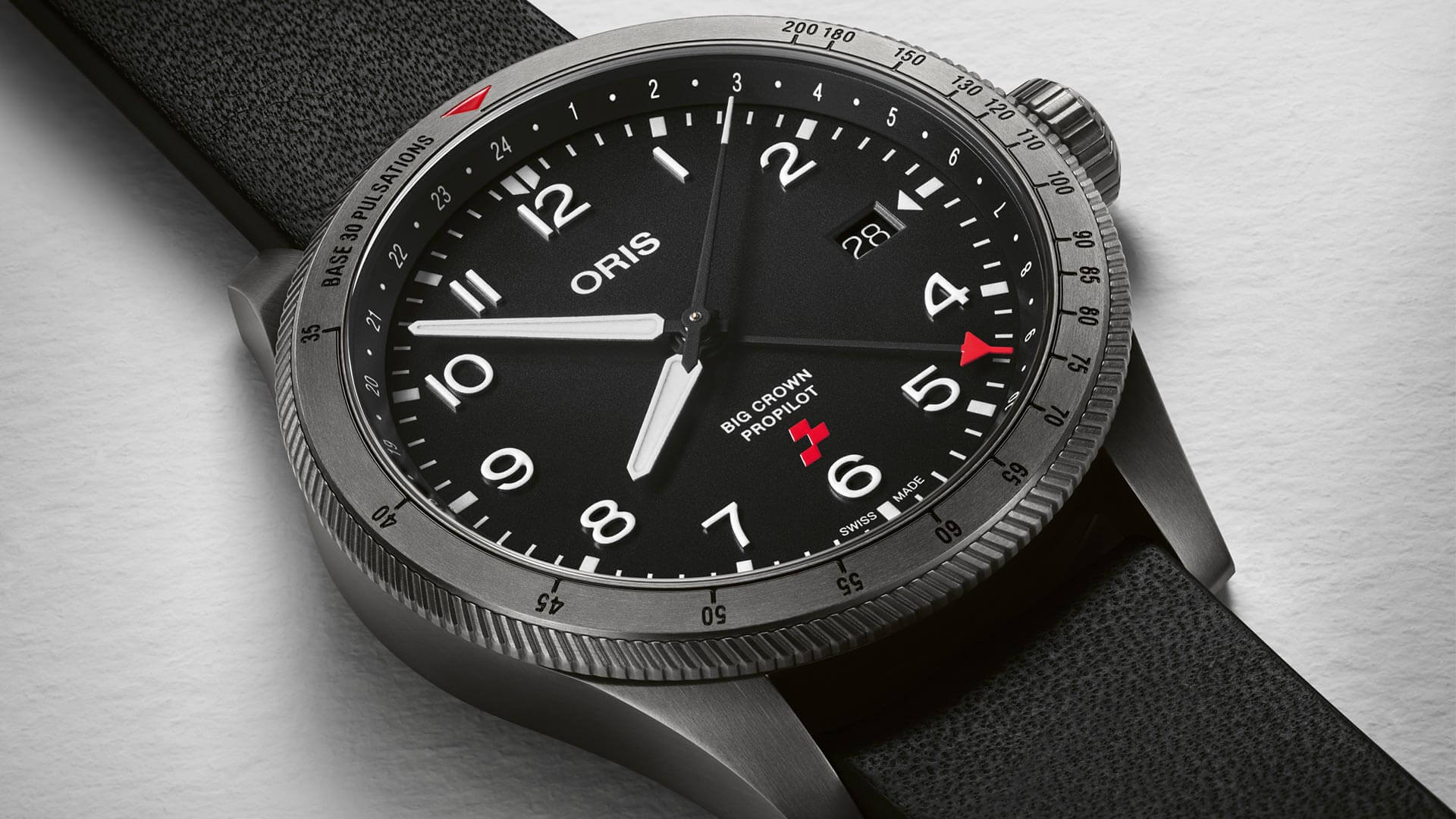 Since 1956, Rega operates as a non-profit that focuses on rescue missions and more recently, repatriating individuals during Covid-19. The entire operation is funded by donations and there are currently 3.6 million patrons. Rega has 13 bases around Switzerland, allowing aircraft to reach a crisis situation anywhere in the country within 15 minutes. The base model used for the Oris collection is the standard Big Crown ProPilot. The 41mm stainless steel case has been given a gunmetal grey PVD coating for a slick, stealthy vibe. The bidirectional rotating bezel has a pulsometer scale, useful for emergency rescuers as they’re a central part of the organization. Pilots prefer GMT functionality for recording flights in their logbook, so a GMT hand is on-board as well. 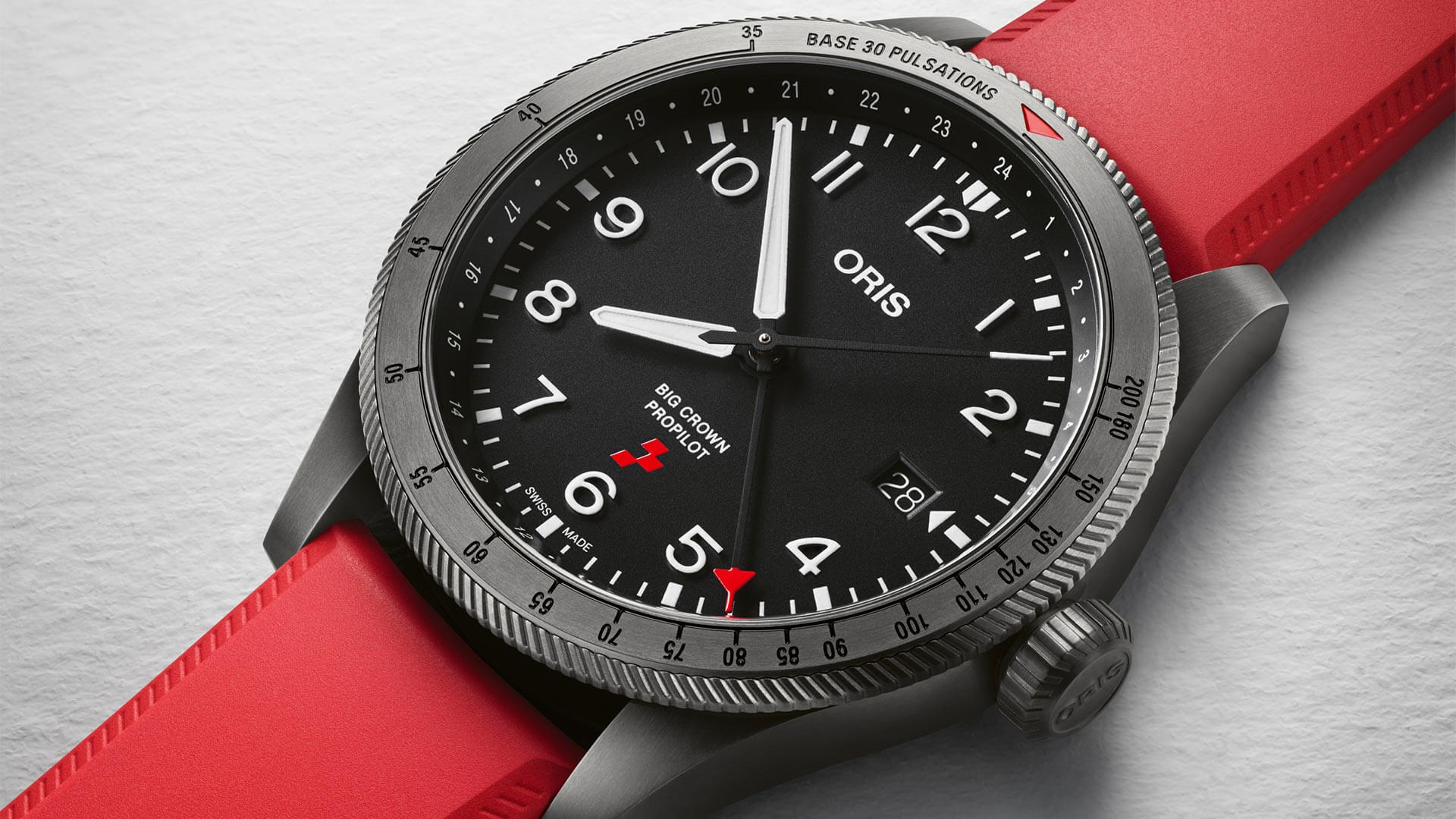 A matte black dial contrasts well against white Arabic numerals and hour/minute hands, all coated with Super-LumiNova. Both the seconds and GMT hands are black with a white Super-LumiNova tip on the former and red triangular tip on the latter (somewhat resembling a plane’s silhouette). An outermost angled flange has a 24-hour scale. A black date window with white print sits at 3 o’clock, while Riga’s red logo is just above 6 o’clock. It all culminates in a perfect blend of form and function for Rega pilots and rescuers.

Powering the collection is the Oris 798 caliber, based on the Sellita SW330-1. It has 25 jewels, beats at 4Hz (28,800vph) with a 42-hour power reserve. Functions include central hours, minutes, hacking seconds, GMT and date. Two straps are offered, starting with black leather with a gunmetal grey buckle and quick release levers. A red rubber strap also comes in the box. The price is reasonable for such a specialized limited edition at CHF 3,100.