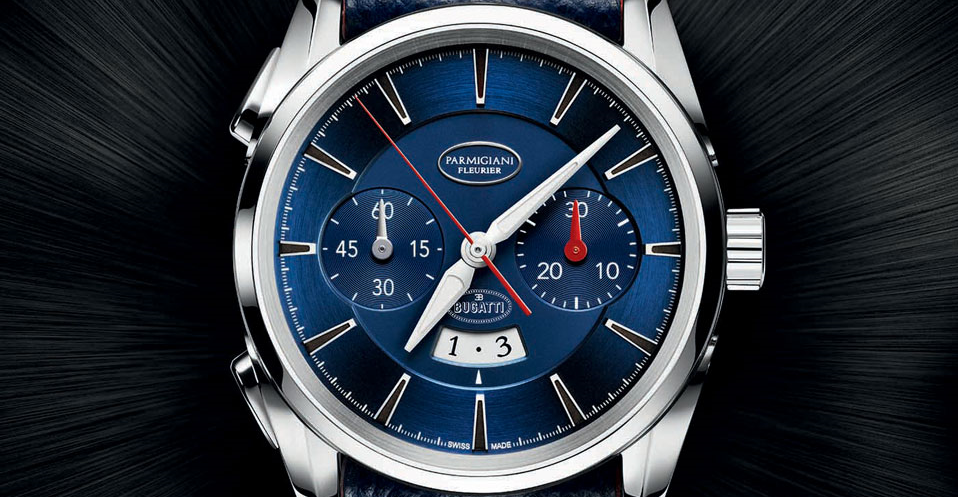 Recently in Milano, Italy, Bugatti unveiled its “Lifeline Collection”, of accessories and clothing which designs are all inspired by the aerodynamics of the Bugatti cars. 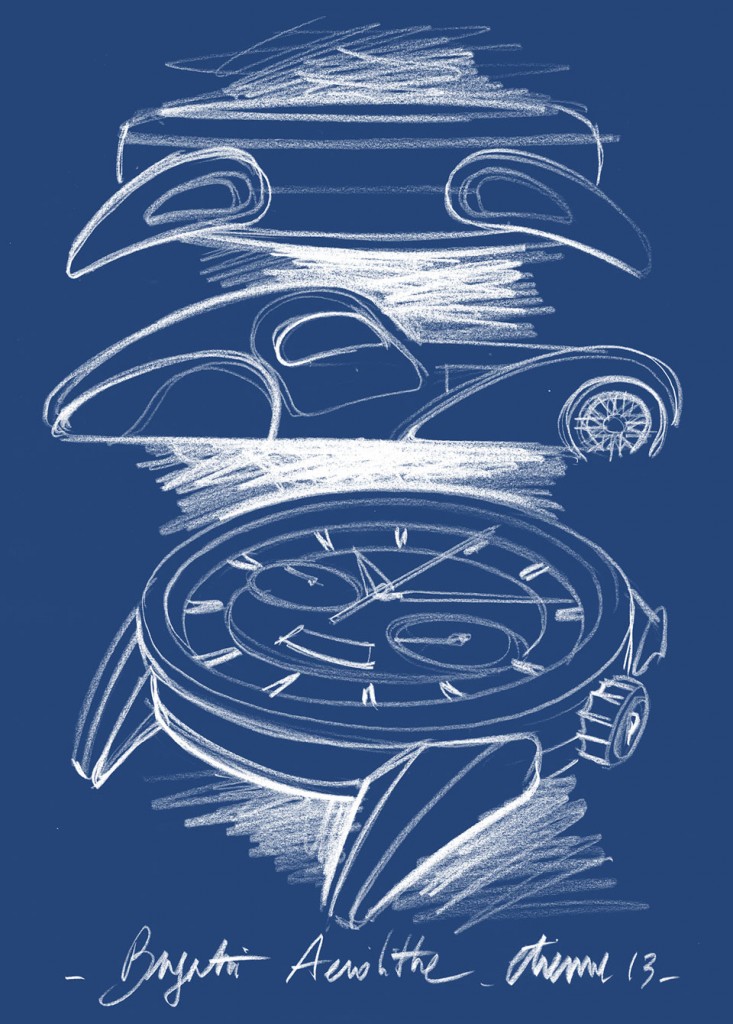 Among this collection stood the latest creation of Parmigiani Fleurier, the Bugatti Aerolithe, a stunning chronograph of abyss blue colours, bearing resemblance to the legendary car of the same name. 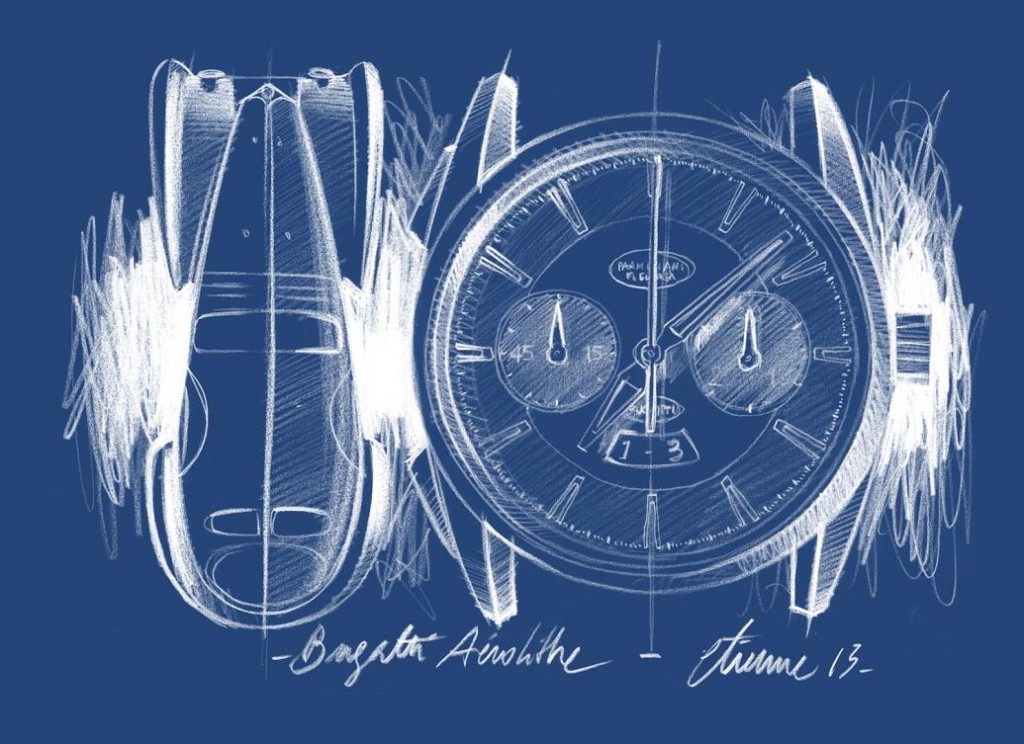 One of the most distinctive feature of the Aerolithe car is the rivet that crosses it from front to end, giving it a fluid and futuristic look. This feature was replicated on the watch, on each of its four lugs, symbolising Jean Bugatti and the technical accomplishment that gave rise to the car almost 80 years ago. 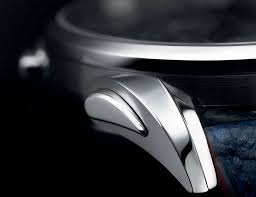 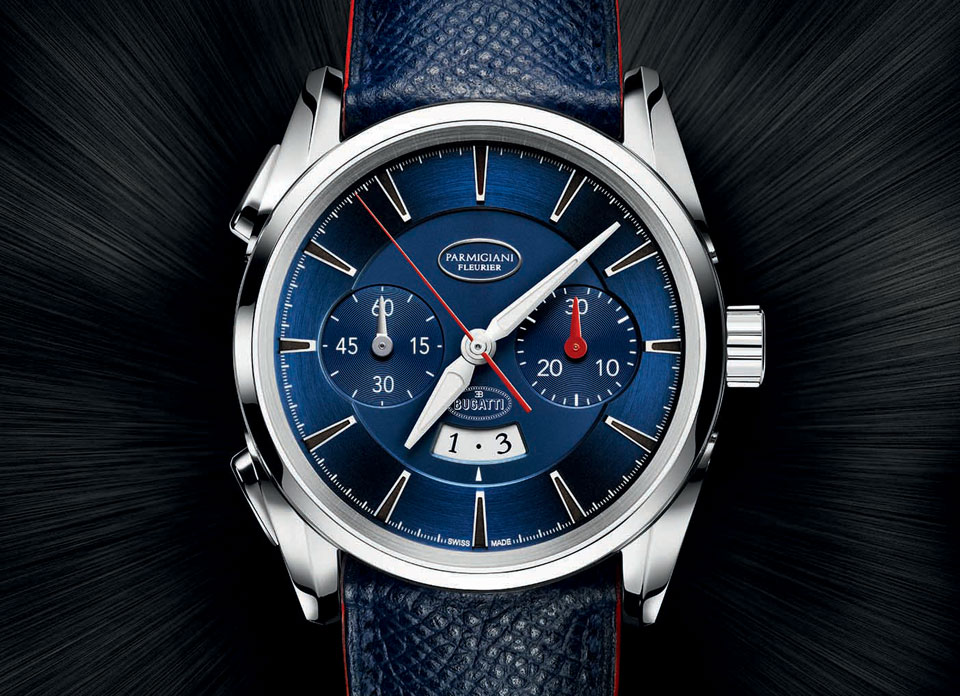 The Bugatti Aerolithe is equipped with a flyback chronograph, this flyback module has specially offset on the left to make its push-buttons more accessible. Which suppossed to be easier to grip with the thumb, rather than with the index finger.

Thinner than the Parmigiani’s other chronographs, the titanium and white gold case of the Bugatti Aerolithe has a redesigned, more slender, more elevated profile, which is captivating curves of the car.

The abyss blue dial, is the one of dial colours to come for this model. And the hands offers a vivid red, which goes very well together with the red and black Bugatti logo at six o’clock. This blue and red contrast is featured also in the Hermès strap, with its grained sapphire blue calfskin. I love that the buckle has been redesigned to symbolise a car grille. 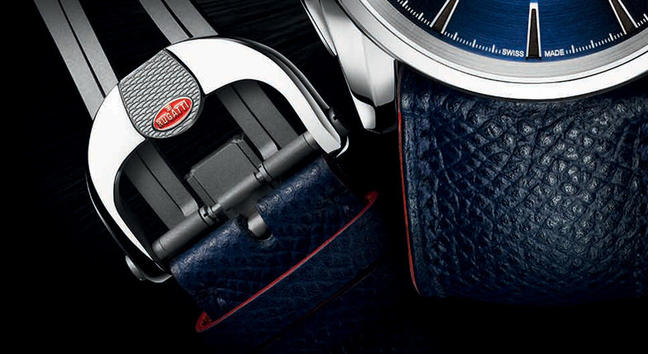 The Bugatti Aerolithe is available as of Decembre 2013.