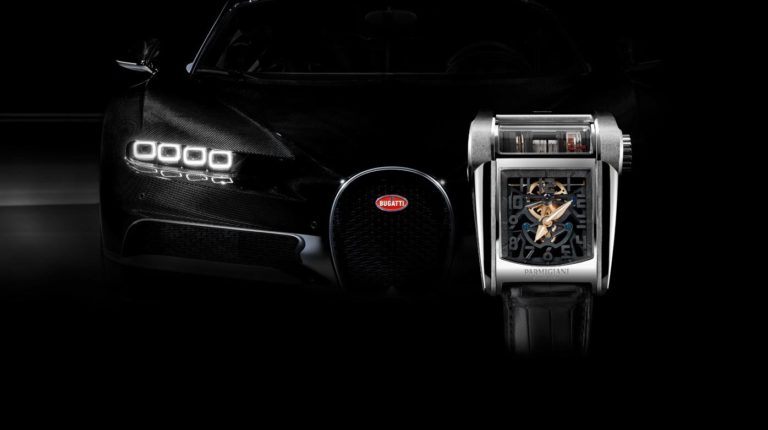 Here we are, back at the start of it all. Sometimes I sit back and think about how long I’ve spent writing for WristReview. It’s been over three years since I waited in anticipation for my first article to be published, and what do you know it was a Parmigiani Bugatti watch. Specifically, the Bugatti Mythe piece. So the big question is, was it all a complete waste of time? The answer is yes of course. No not at all I kid, but it has indeed been engaging, entertaining and a jolly good time overall. So, back to the watches eh? 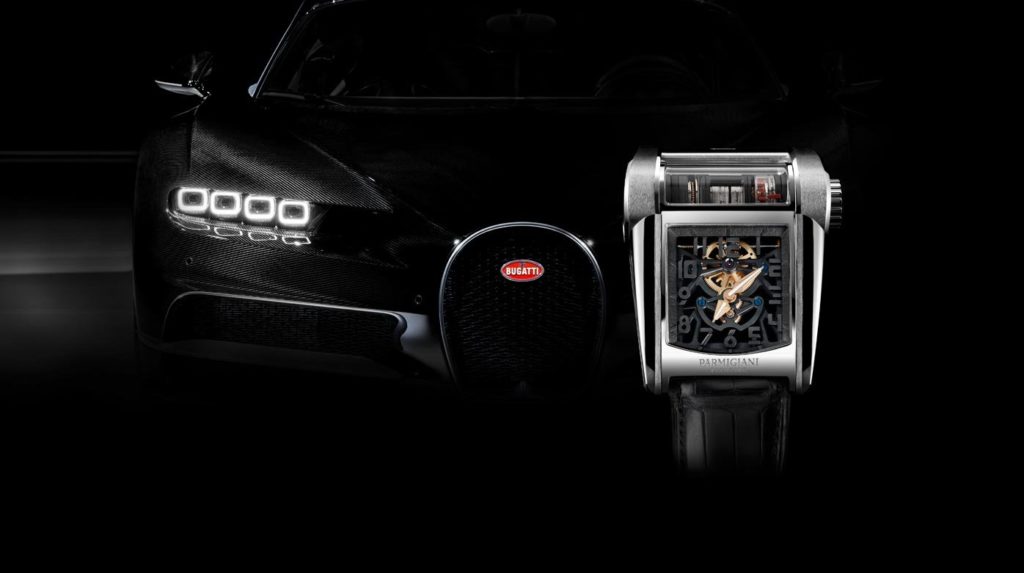 You may remember that quite a long time ago now Volkswagen breathed new life into the old Bugatti name, Bugatti being a car that had all but died off in the first half of the 20th century. It was the company’s founder and namesake, Mr. Ettore Bugatti which described the vehicles of the championship leaders, Bentley, as the fastest lorries in the world. They still are, but Bugatti’s are now faster again, whether that should be the case is up to the motoring groups to squabble over, I just like the watch they’ve partnered with. 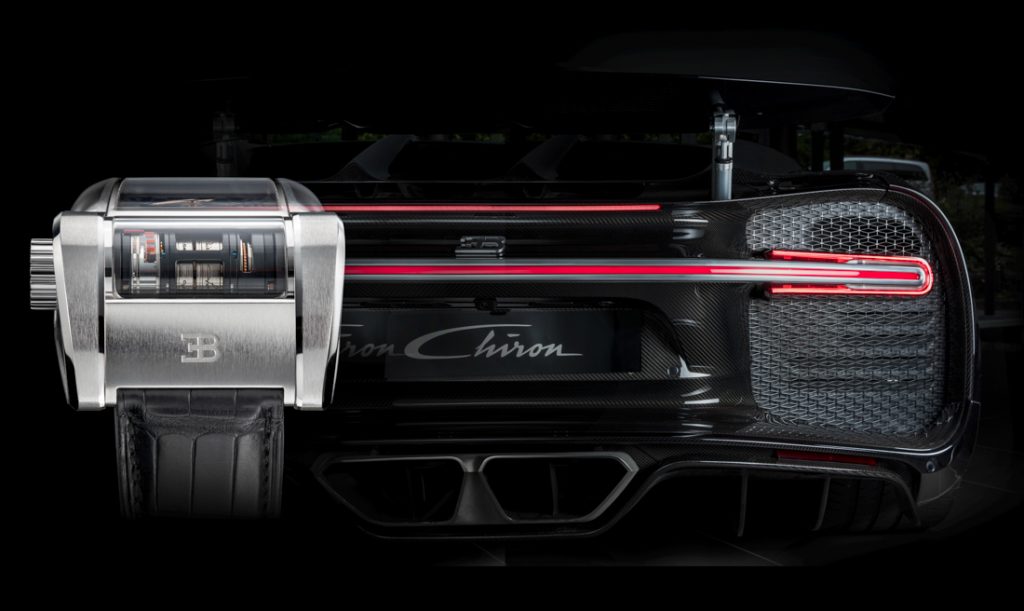 As you’ve probably noticed by now the case shape of this watch is instead, shall we say, interesting. While the main dial, which is skeletonised in this instance, remains rather normal. The bulk of the technology has gone into the barrel-shaped part which has been glued to the top of the piece and then put on display. It’s supposed to take its style somewhat from the indicator stalks of the Bugatti Chiron it’s been paired with, hardly the most fashionable part of the car but think yourself lucky it doesn’t have a bonnet ornament or this one might be supplied with one on a gold chain. 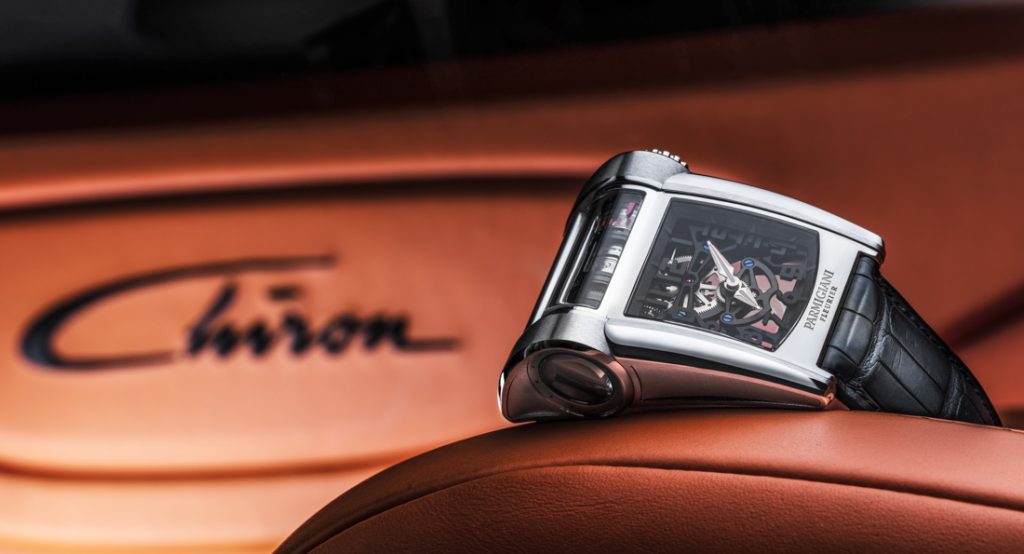 As much as I joke around to myself, and I do a lot, there is an incredulous amount of artistry which has gone into that barrel of tricks there. Not only does it hold the escapement assembly which I’ll touch on in a minute, but it also contains two mainsprings for 80 hours of combined power, and some trick gear systems to deliver it. It also holds a power reserve indicator which needs more attention yet to detail to make it work and let me just add that there is a considerable amount of time spent on finishing here. 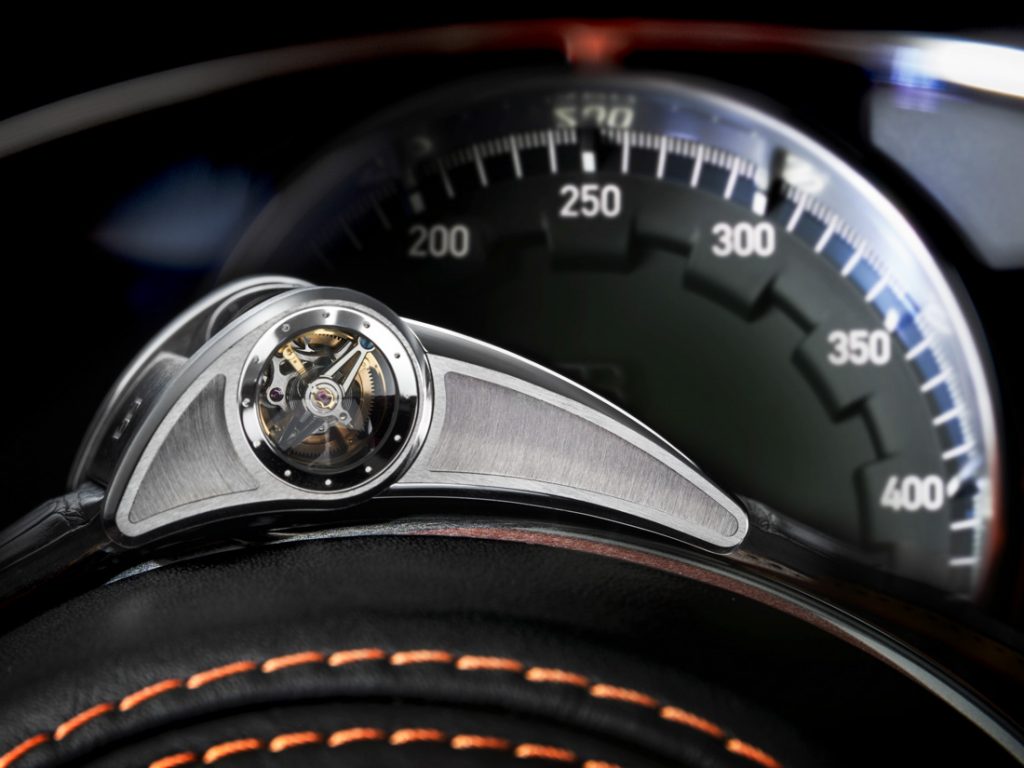 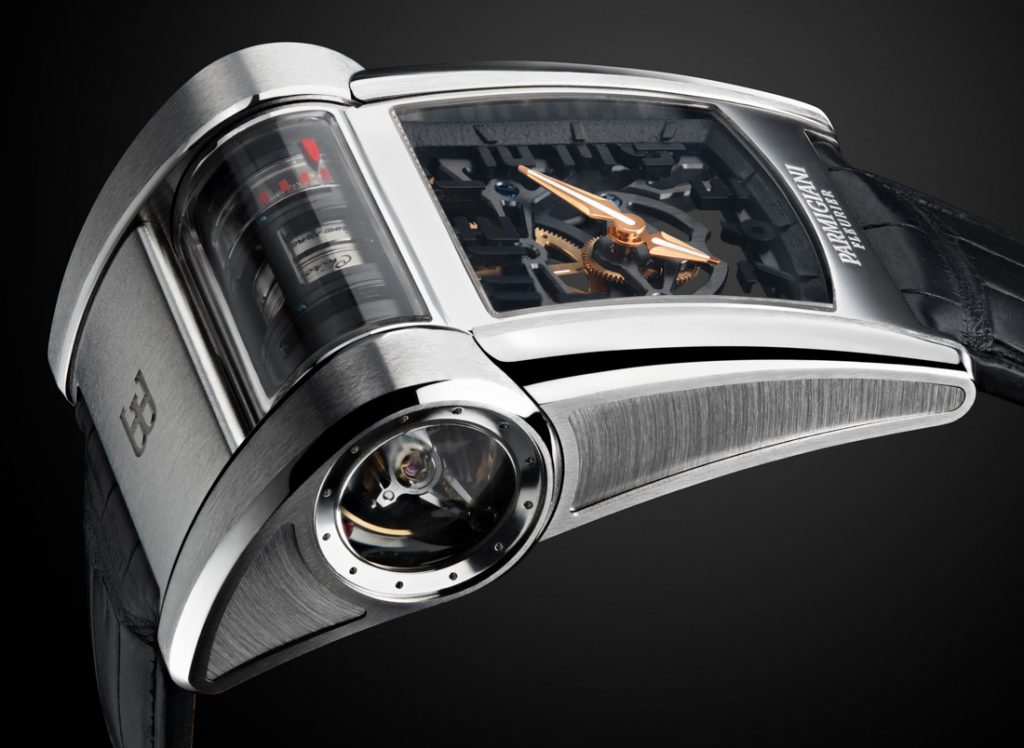 Speaking of engineering is the escapement, which is a 4Hz flying tourbillon on this watch. It’s on the end of the barrel which means it’s mounted vertically and only visible properly through a small porthole on one side. However, its vertical position here should mean that it will counteract gravity more effectively. Who cares at the end of the day, a tourbillon’s a tourbillon and a very hard complication to make. Don’t forget as if that wasn’t enough all that power then has to be transferred from vertical to horizontal on the watch. 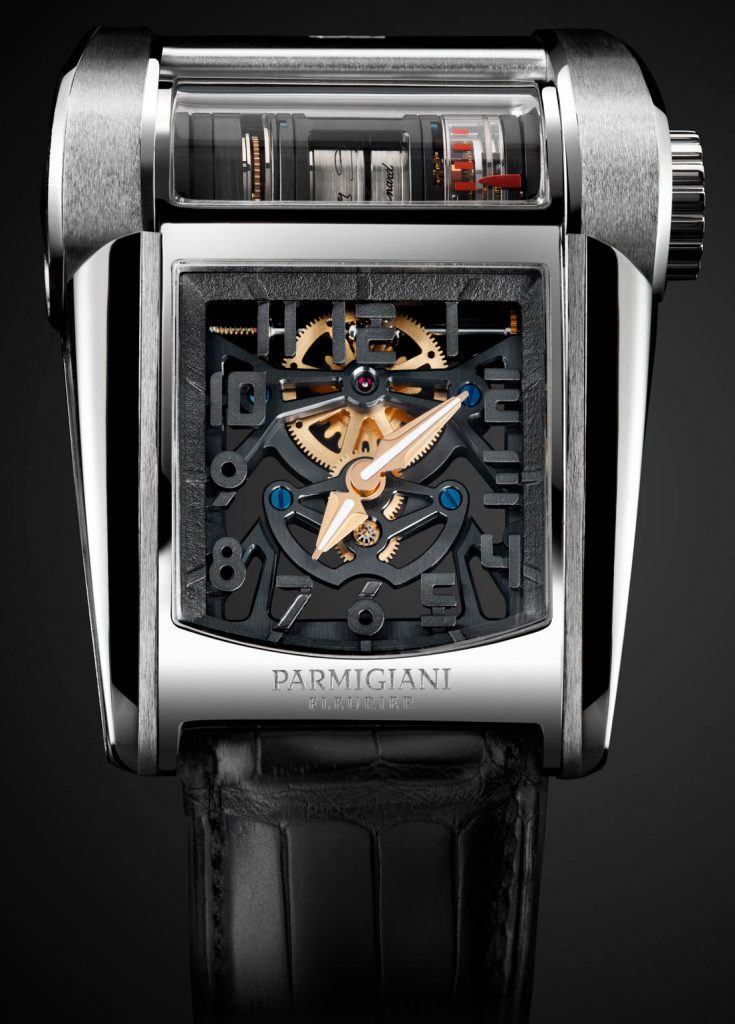 This entire watch is a symbol that watchmaking is very much alive and kicking in the small town of Fleurier. It’s also a large watch, 42.2mm by 57.7mm and as it only comes in 18K rose or white gold it’s going to be weighty, let’s hope it is quite ergonomic too. Parmigiani set the price at 295,000 Swiss Francs, oh and the Bugatti Chiron? It’s an optional extra. For more info, please visit parmigiani.ch