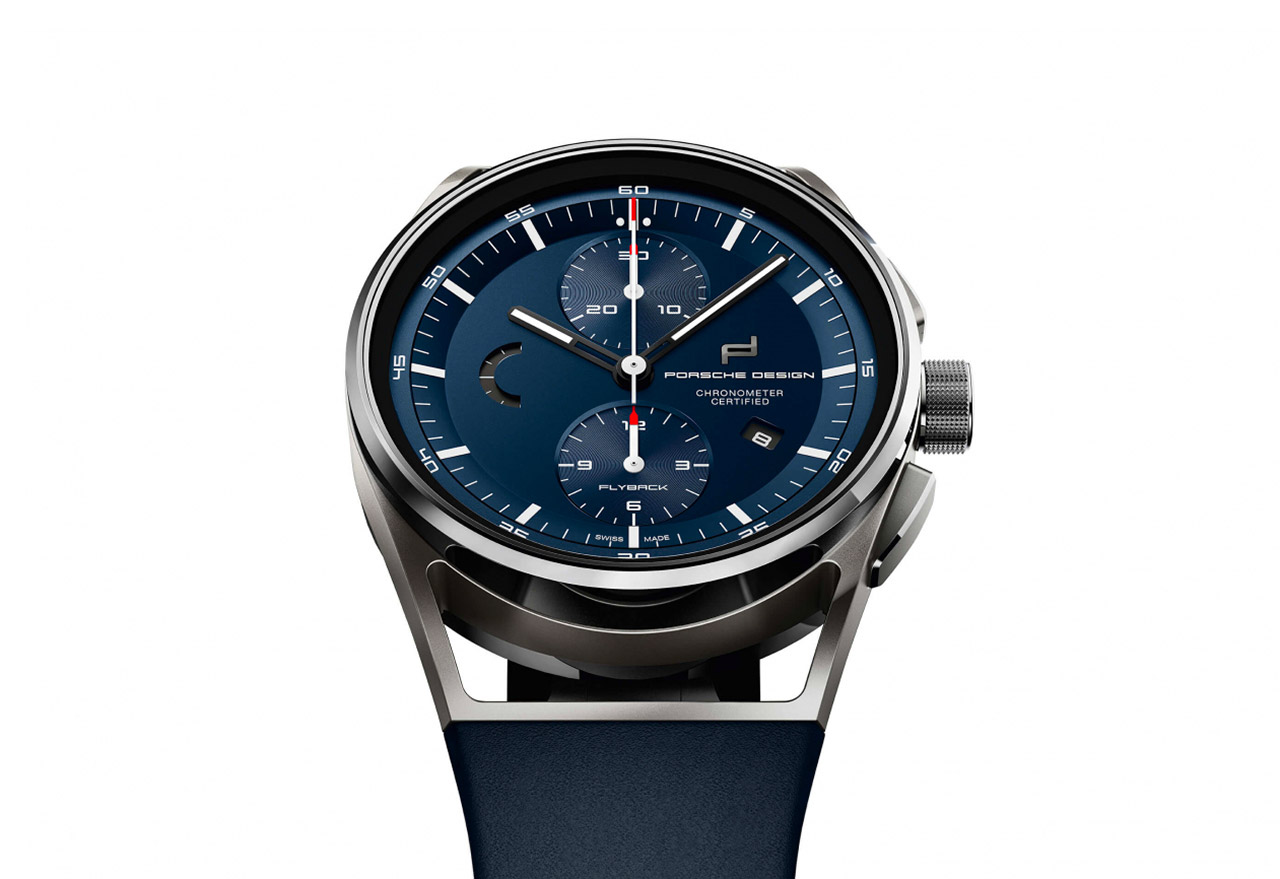 Designed by Ferdinand Alexander Porsche, the grandson of Ferdinand Porsche and the designer of the original 911, the Porsche Design 1919 watch is a smart looking thing. In the same way that the 911 is designed to be slippery through the air and as light as possible, so too is the 1919 watch with its smooth case shape and cut-outs between the lugs which give it a space-y look. These open-style lugs return for the new 1919 Chronotimer which, I have to say, looks rather good. 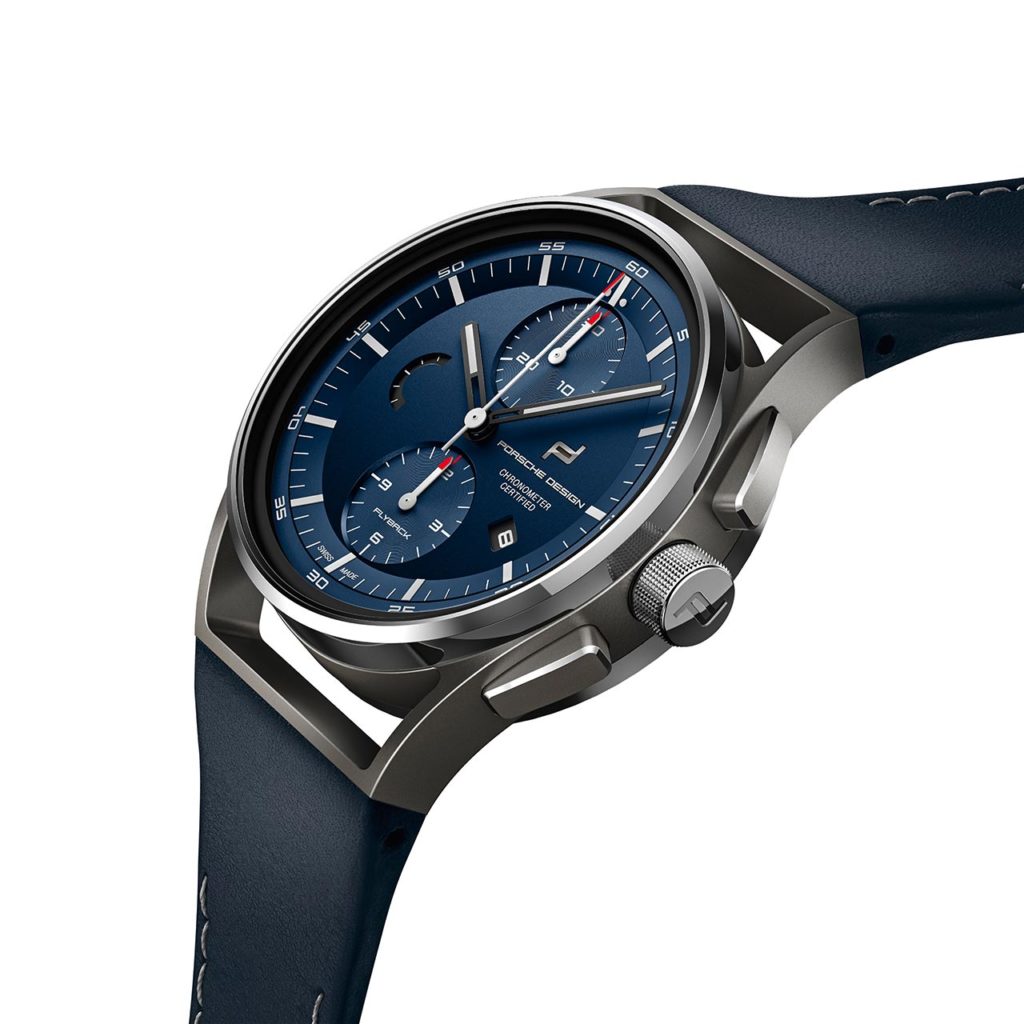 The case measures in at 42mm x 14.9mm and is crafted from titanium, which keeps the weight of the piece down. That’s important for handling; you don’t want a watch that’s too top-heavy as it becomes cumbersome to wear for long periods of time. Handling is something that Porsche has nailed in its sports cars over time. In fact, I’d go so far as to say that, outside of small independent marques, the only company that can give Porsche’s cars a run for their money in the handling department is Lotus. And yet, it’s the 1919 Chronotimer that seems to have taken from Colin Chapman’s famous mantra “simplify, then add lightness” with its case design. 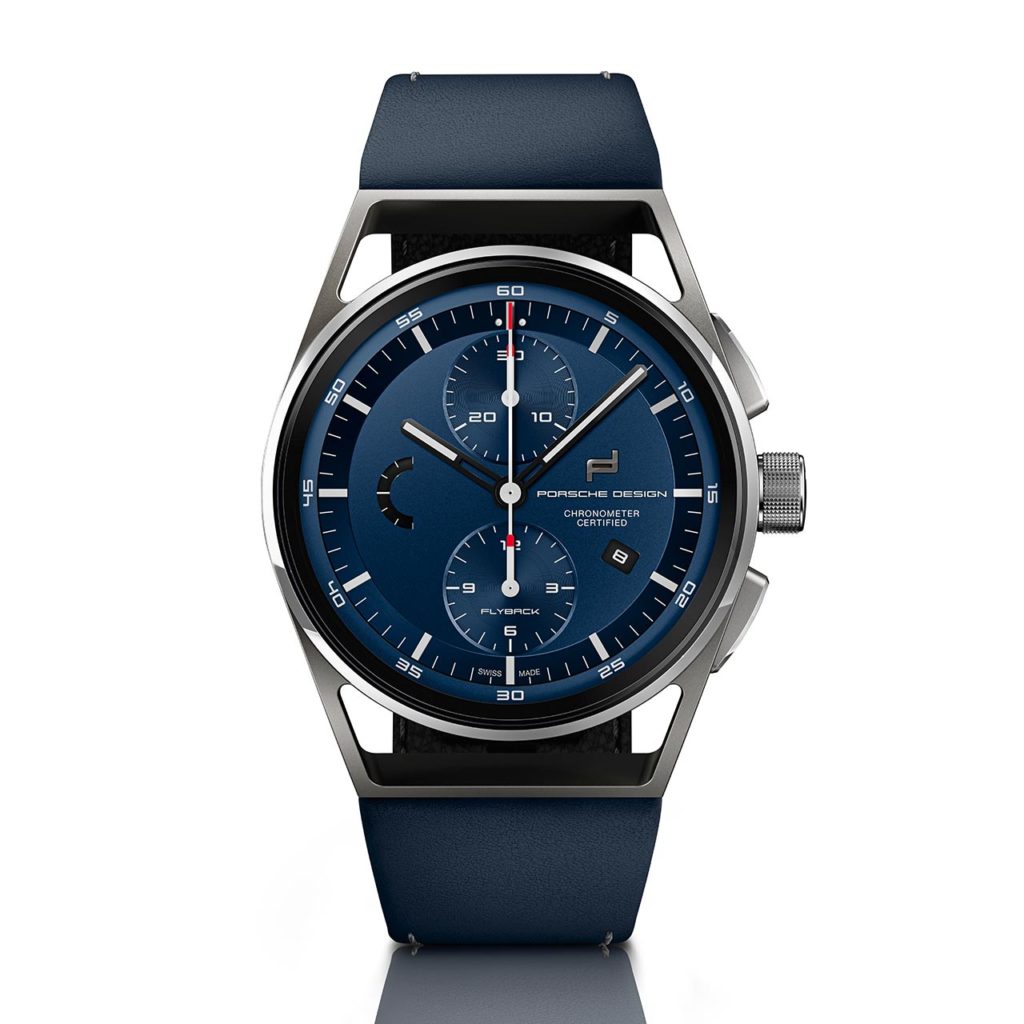 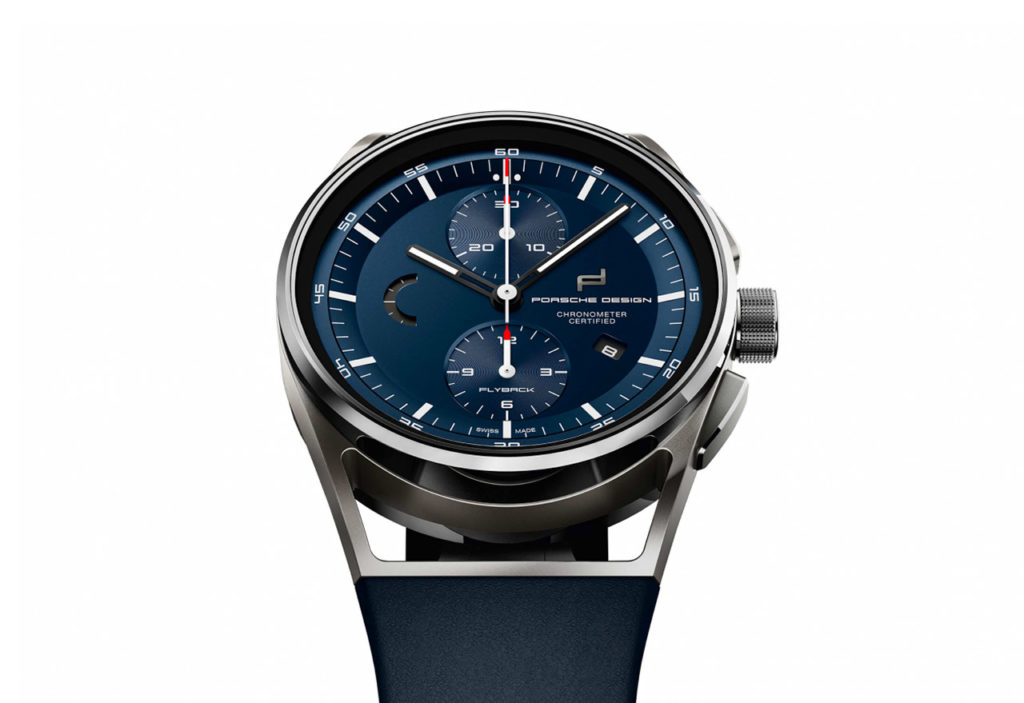 The dial is simple, too, and very German with big, strong and straight markers and hands making for a stoic appearance. The layout is simple with minutes and hours subdials, a date window and a mysterious ‘function indicator’ at 9 O’clock, which could be anything really, no one at Porsche Design has told us what it actually is. 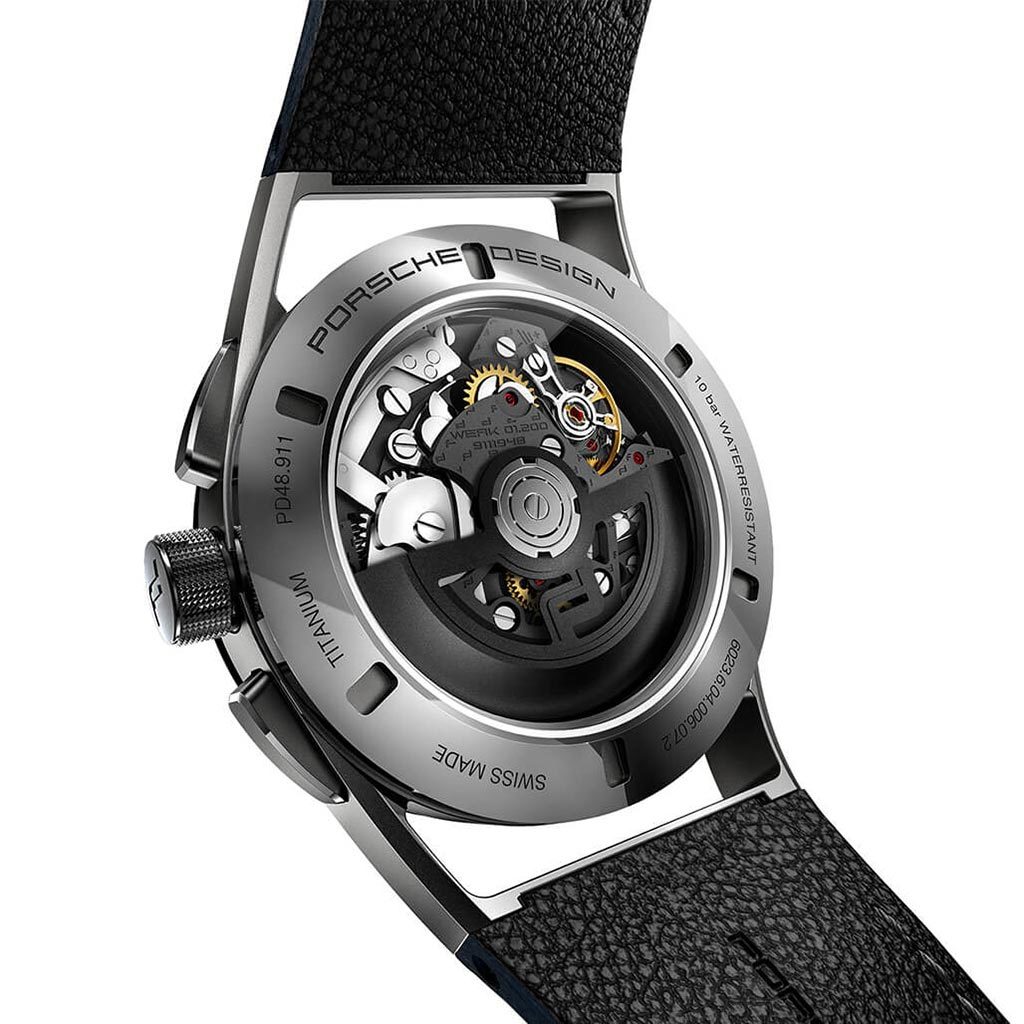 Inside the titanium case is the Werk 01.200 which is their first in-house-made movement, it features a 48-hour power reserve combined with a 4Hz beat rate. It’s also a flyback chronograph, a rarity in the world of chronograph watches. The movement appears to be reasonably industrious in terms of its finishing, with most parts blacked out, so they don’t need as much attention, presumably. But, it is still a decent looking movement. 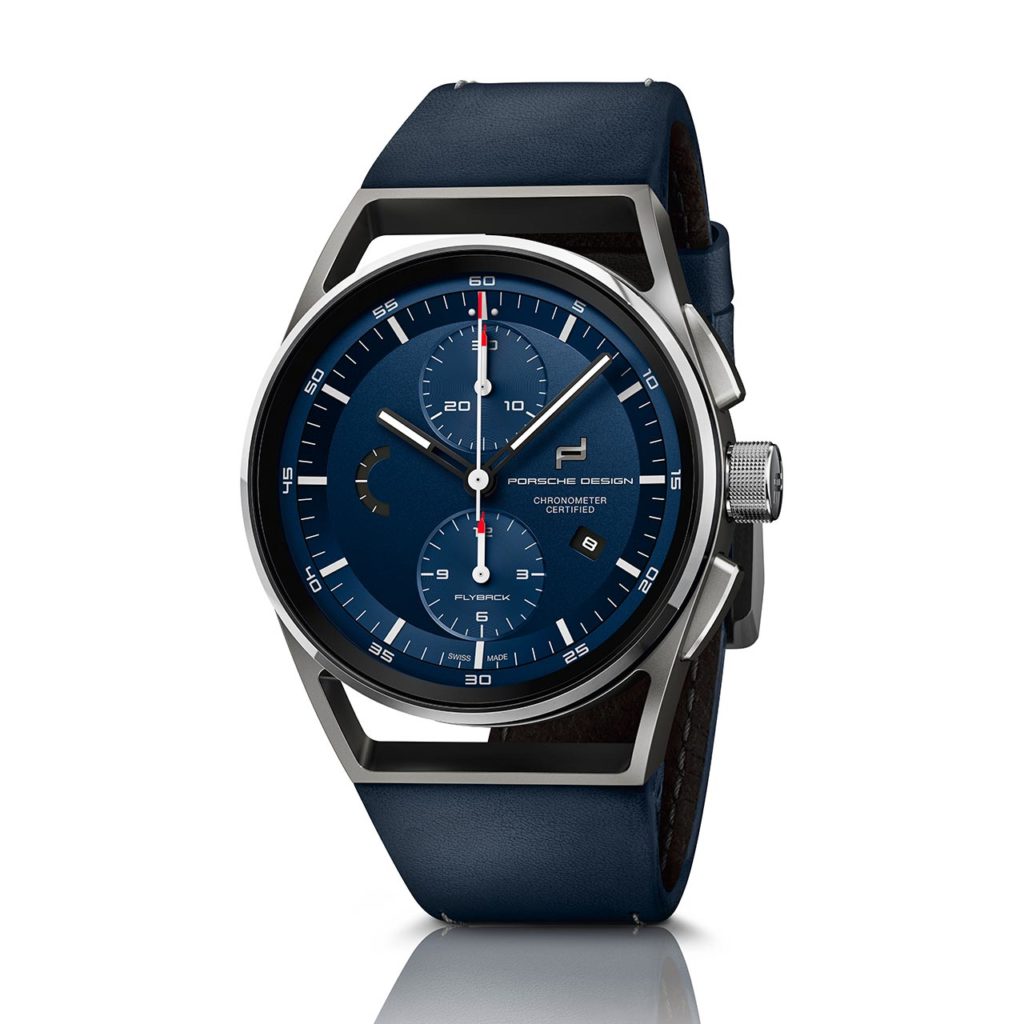 The new 1919 Chronotimer from Porsche Design in all its blue glory will go on sale with a high-ish price tag of €5950 including VAT. That’s quite high, especially considering that most people looking to spend that much will probably go for something from a brand that has been established as a watchmaker already. Competition from the likes of Zenith and Breguet on the pre-owned market may make this new watch a hard one to sell, but only time can reveal the answer to that, and it is a great looking piece.