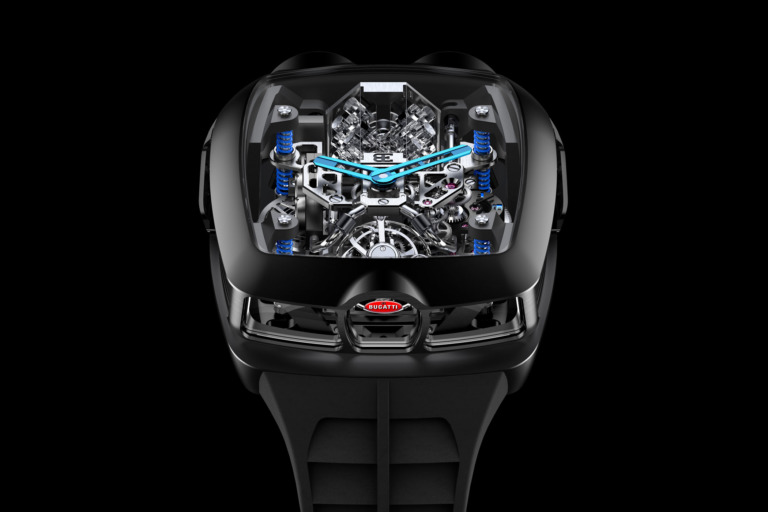 Jacob & Co. is a brand that is well-known for offering unparalleled Haute Horlogerie products that make the wearer gaze in amazement. Whether you are an Opera fan or happen to be a lover outer space and celestial bodies, Jacob & Co. has you covered. With their latest offering, the Bugatti Chiron Tourbillon Jacob & Co. has attempted to bring the raw power of the Bugatti on the wearer’s wrist. 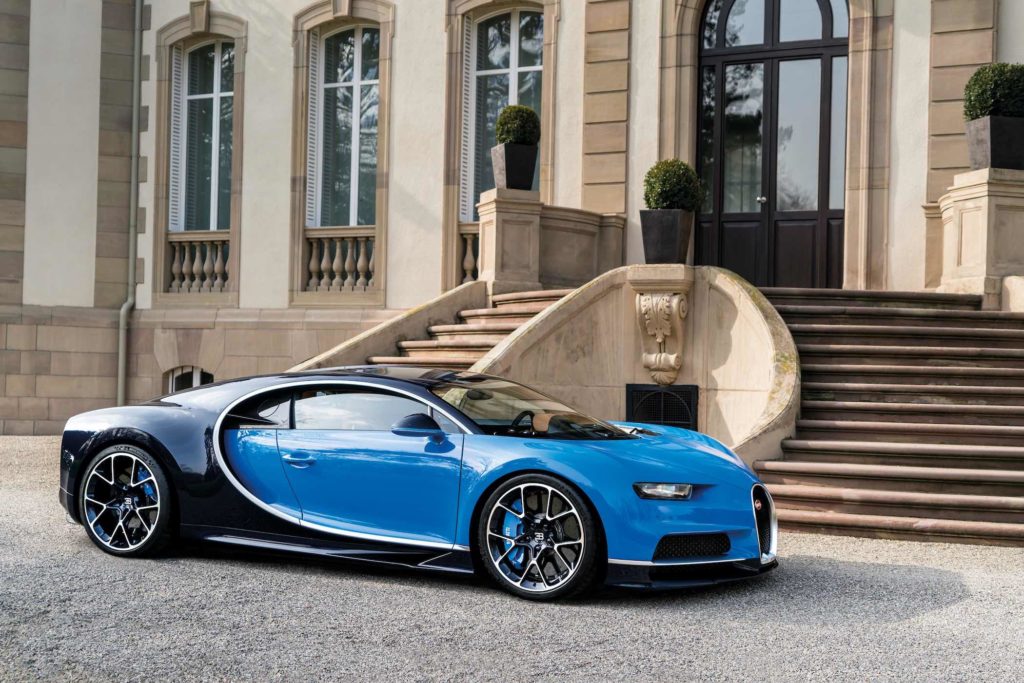 Like most other Jacob & Co. watches the Bugatti Chiron Tourbillon is more about the experience than just telling the time. Inspired by the Bugatti Chiron, the designers at Jacob and Co. decided to re-create the magic of the supercar by presenting a face that looks like the 1500 horsepower behemoth that powers the Chiron. The miniature depiction proudly shows off the pistons of Chiron’s V16, which by the way are not just dummies. To set them in action all you need to do is push the crown on the right-hand side, which turns the crankshaft, making the pistons move up and down like in a real combustion engine to create a dramatic visual impact. The engine setup also features two turbochargers that also spin when the engine is set in motion. It is also worth noting that while the visual drama is intriguing, it does not count tribute towards the timekeeping in any way. 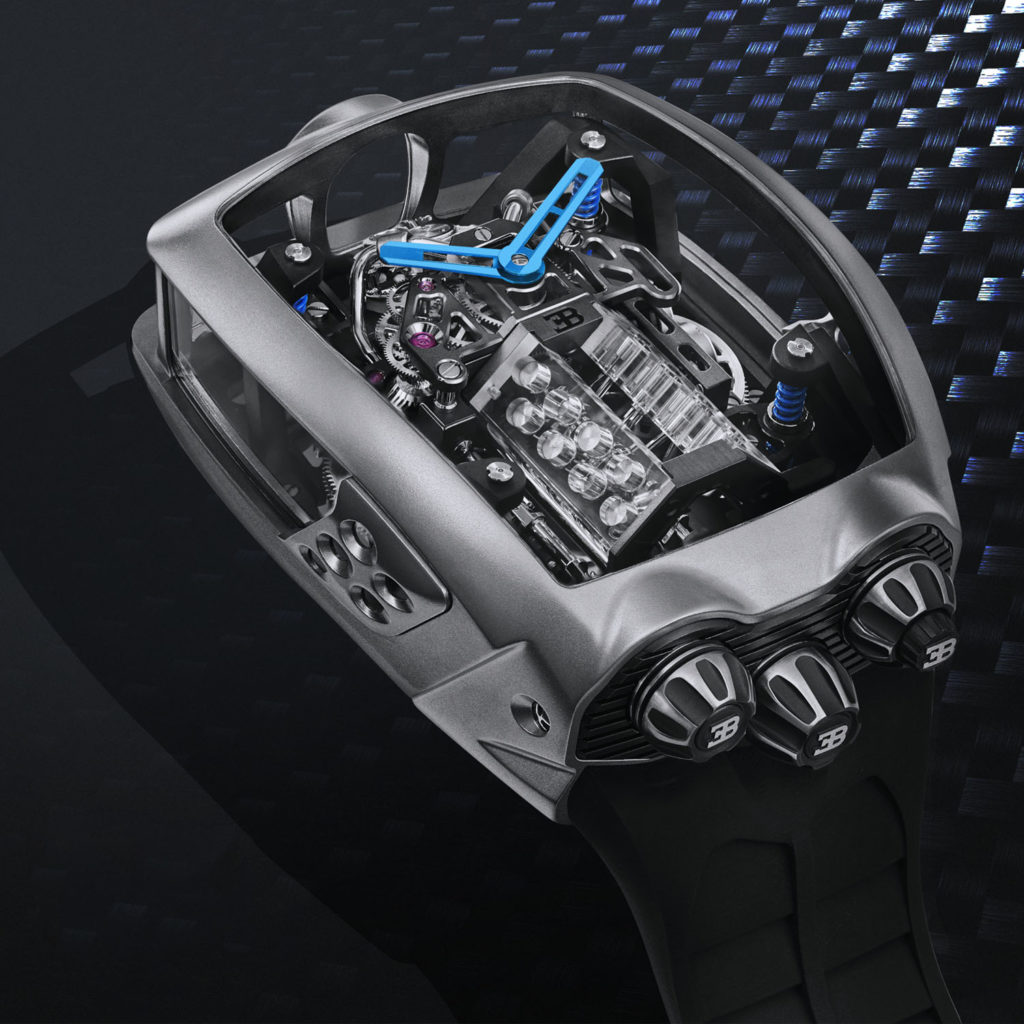 Time is displayed using two chunky thermally blued hands that are powered by Jacob & Co.’s Calibre JCAM37. This is a hand-wound movement and can be considered a tour de force. It comprises 51 jewels, 578 components, offers a power reserve of around 60 hours and has been regulated using an inclined 1-minute tourbillon that can be seen at the 12 o’clock position. As a nod to the automotive theme of the watch, the movement also features 4 shock absorbers that help in keeping it suspended in the case. Furthermore, it also has a power reserve indicator at 3 shaped like the fuel gauge of a hypercar. 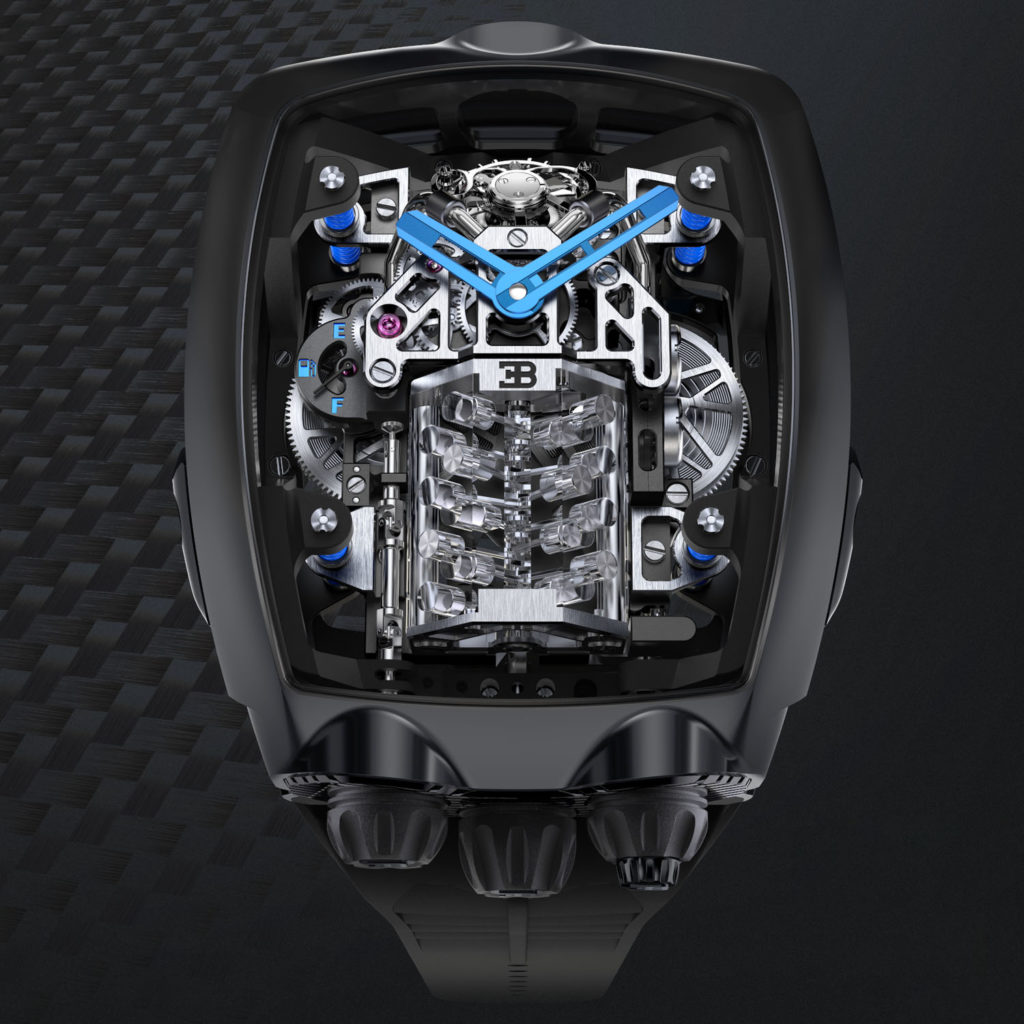 To make this visual spectacle sit on the wrist Jacob & Co. have given this watch a large dramatic-looking case that measures 54mm x 44mm x 20mm. It has been constructed using lightweight titanium and features sapphire crystal not only on the front but also on the sides to give a nice view of the movement. The lower side of the case has three distinctive crowns. The crown at the left sets the time, the one on the middle winds the watch and the last one is responsible to trigger the engine simulation. 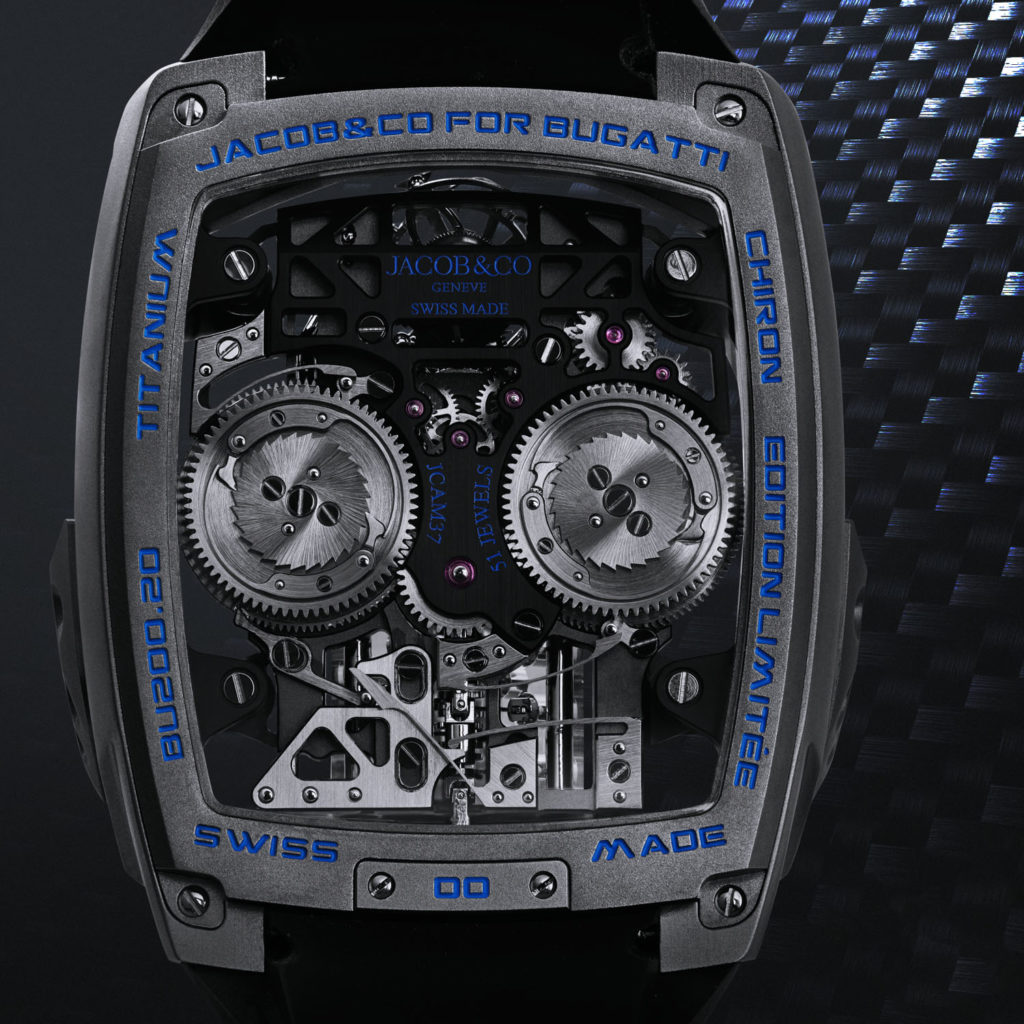 The Jacob & Co. Bugatti Chiron Tourbillon is yet another surreal creation from the brand that blends the world of supercars and horology in a way that has never been experienced before. The watch comes attached to a black rubber strap and would retail for USD 280,000.