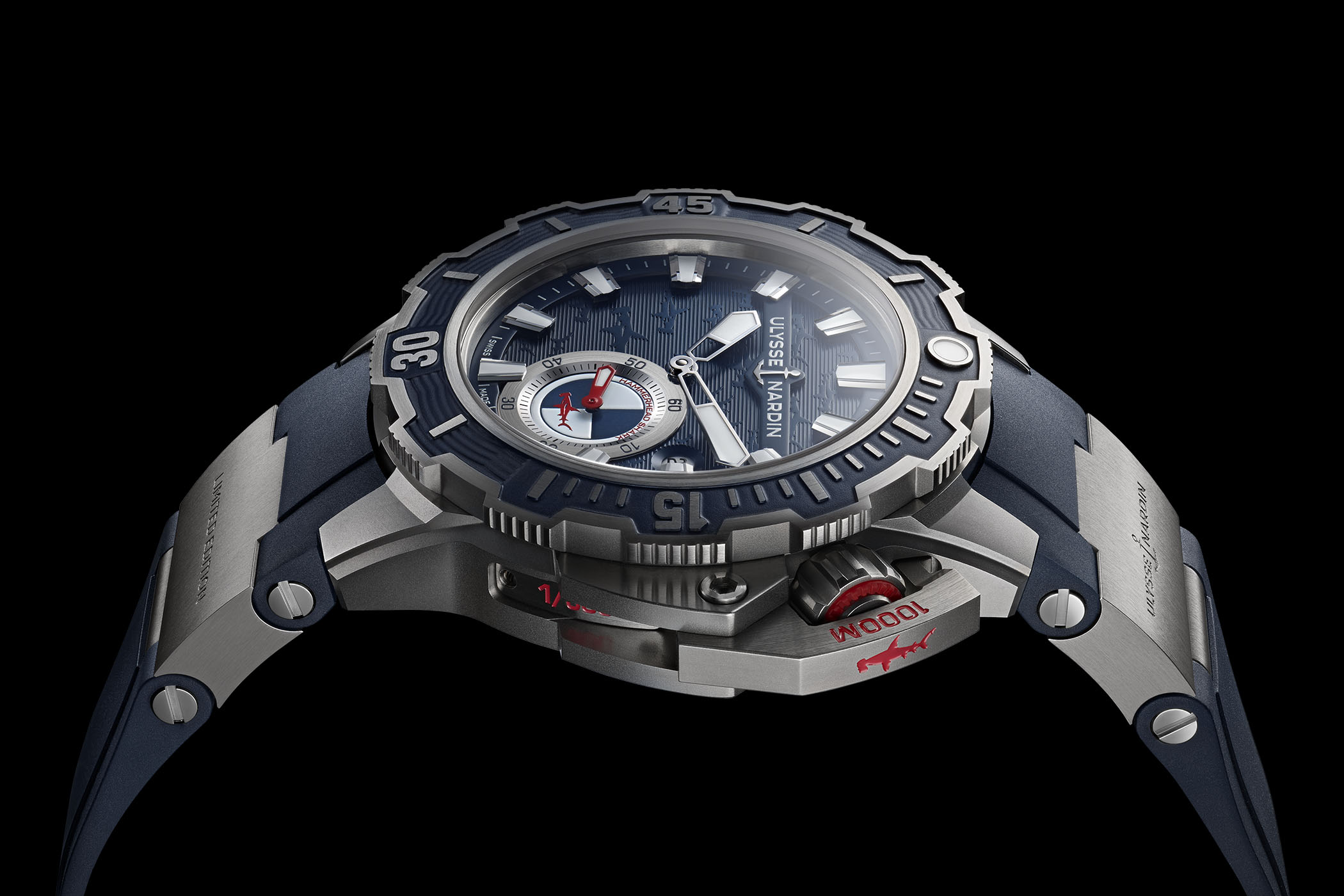 Two years ago I wrote a very silly article about the Ulysse Nardin Hammerhead. I proposed a fictional story on how I imagined such a ludicrous watch was created and my guess then was that it was the result of a sugar high from a shark obsessed son of a Ulysse Nardin Executive. Now after seeing the Ulysse Nardin Diver Deep Dive, I’m not entirely convinced I was too far off the mark. 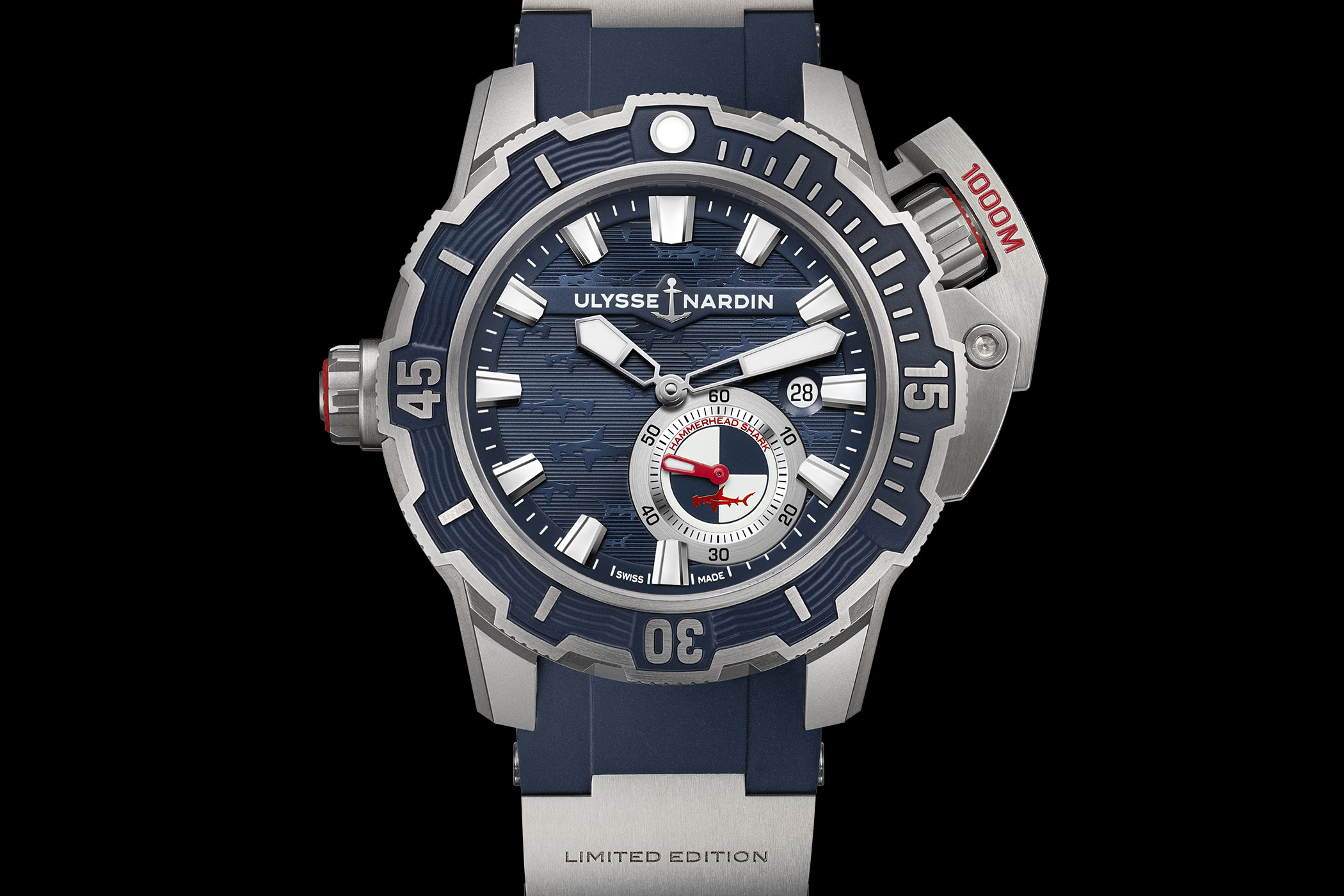 When comparing the design of the Diver Deep Dive to 2016s Hammerhead Shark chronograph, I realized that the Diver Deep Dive looks even more childish. The chunky 46mm titanium case, combined with a gigantic crown guard at 2 o’clock and an over-sized chunky bezel, makes the Diver Deep Dive seem like it was designed to accommodate the sticky, clumsy fingers of a six year old. Of course, the extra large bezel is actually there to allow divers wearing thick diving gloves to turn the bezel easier. The helium release valve at 9 o’clock is an often seen addition to luxury dive watches, even though it’s only useful for saturation divers who live and work in underwater, helium rich environments for long periods of time. It goes without saying that most six year olds will have as much use for a helium release valve as most Ulysse Nardin customers.

The 1000 meters printed in red text on the crown guard, and the red sharks on the case itself, seem like other fanciful additions of our six year old designer. It doesn’t matter to the boy that the depth rating of the watch overshoots the deepest recorded dive by about 700 meters. I can almost hear him say “1000 meters is the most biggest and most deepest that there is in all the oceans and did you know that hammerhead sharks like to eat stingrays. How cool is that!”.

Once you look past the hammerhead shark case-back to the movement, things start to get a bit more serious. The in-house caliber UN-320 has key components made of silicium, an anti-magnetic material that Ulysse Nardin was among the first to use. 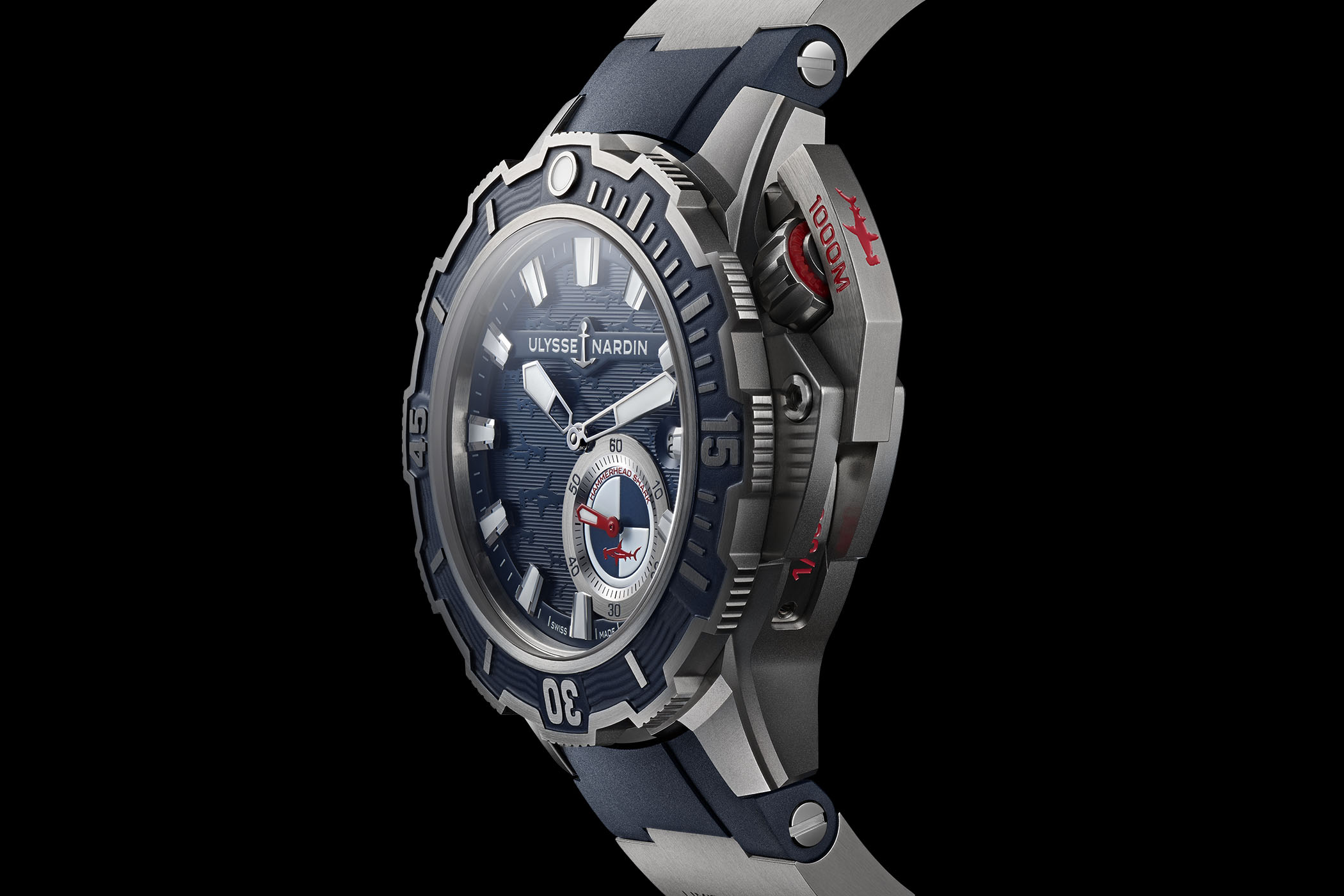 I’m usually one for saying that the watch industry needs to have a sense of humor and as much as I mock this watch, I am glad that the Diver Deep Dive exists. It’s ridiculous, and it looks like it could come free with a Happy meal, but in a sea of bland heritage remakes, I’m glad that someone in Switzerland is having fun with original designs. ulysse-nardin.com