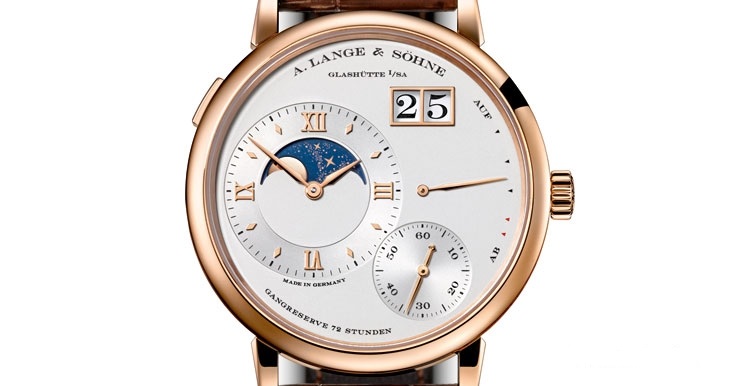 Here is another SIHH 2014 preview, the A. Lange & Söhne Grand Lange 1 Moon Phase lets the moon phase display hold the stage and get applause. 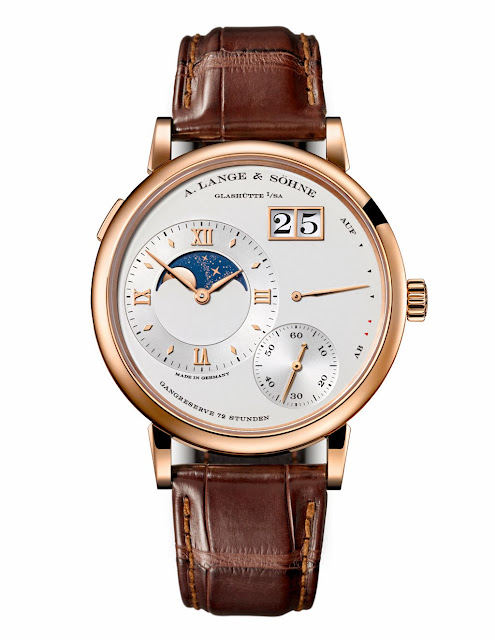 Since its restart, the Saxon manufactory has presented twelve models with this complication but never before the moon phase was so prominently showcased as in the new Grand Lange 1 Moon Phase, at the centre of the large hours and minutes sub-dial.

The display is connected with the hour-wheel continuum so resulting in constant motion, just like the moon itself. Of course, the increments are so small they cannot be detected by the naked eye. 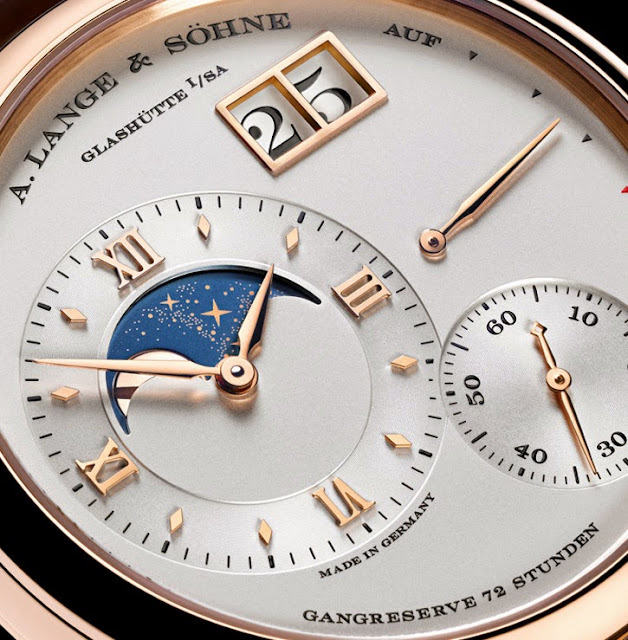 The moon-phase display of the Grand Lange 1 Moon Phase indicates the time that elapses from new moon to new moon with an accuracy of 99.9978 per cent. The average synodic month lasts 29 days, 12 hours, 44 minutes, and 3 seconds but most classic moon-phase displays round this cycle down to 29.5 days with a resulting deviation of 44 minutes and 3 seconds per lunar month, which means one day in merely two and a half years. Instead, the seven-gear transmission of the Grand Lange 1 Moon Phase reduces the deviation per cycle to less than one minute. Once correctly set, and assuming that the watch runs continuously, the display would only have to be corrected by one day every 122.6 years, an impressive result. In the event that the watch has not been wound up for a longer period of time, the display can be adjusted at any time by using the push piece embedded in the case flank between 7 and 8 o’clock. 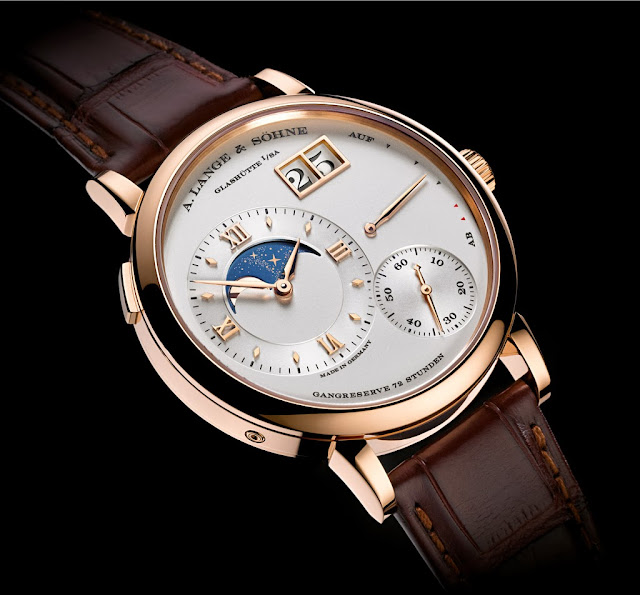 This moon-phase display is not just precise but also stunningly beautiful. For the solid-gold lunar disc, A. Lange & Söhne used a patented coating process which creates surprisingly brilliant colours and crisp texture details. To eliminate all non-blue hues of light falling on the watch and making the blue tone even more intense, they used interference effects, i.e. the superposition of waves. 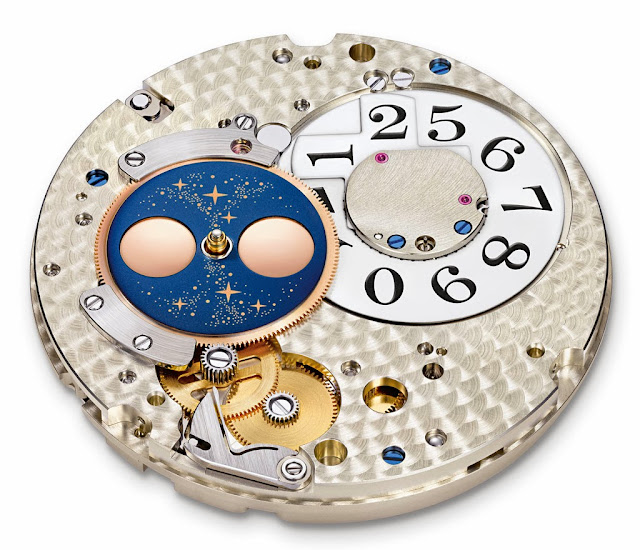 More than 300 miniature stars of different sizes with sharp contour were cut out using laser. 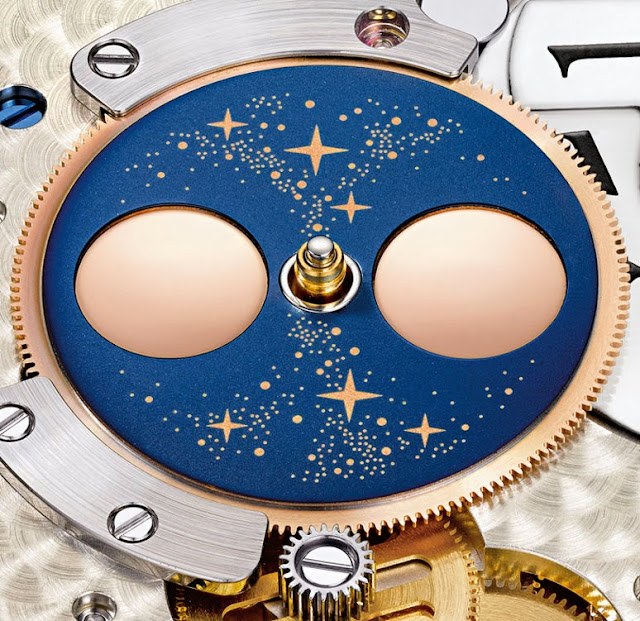 Endowed with a classic screw balance, a balance spring developed and manufactured in-house, a three-quarter plate made of untreated German silver, and meticulously hand-decorated movement parts, the Lange manufacture calibre L095.3 maintains all of the distinctive A. Lange & Söhne features.

One mainspring barrel is sufficient to offer a considerable 72-hour power reserve making it possible to maintain the height of the movement to a mere 4.7 mm. The height of the watch is 9.7 mm.