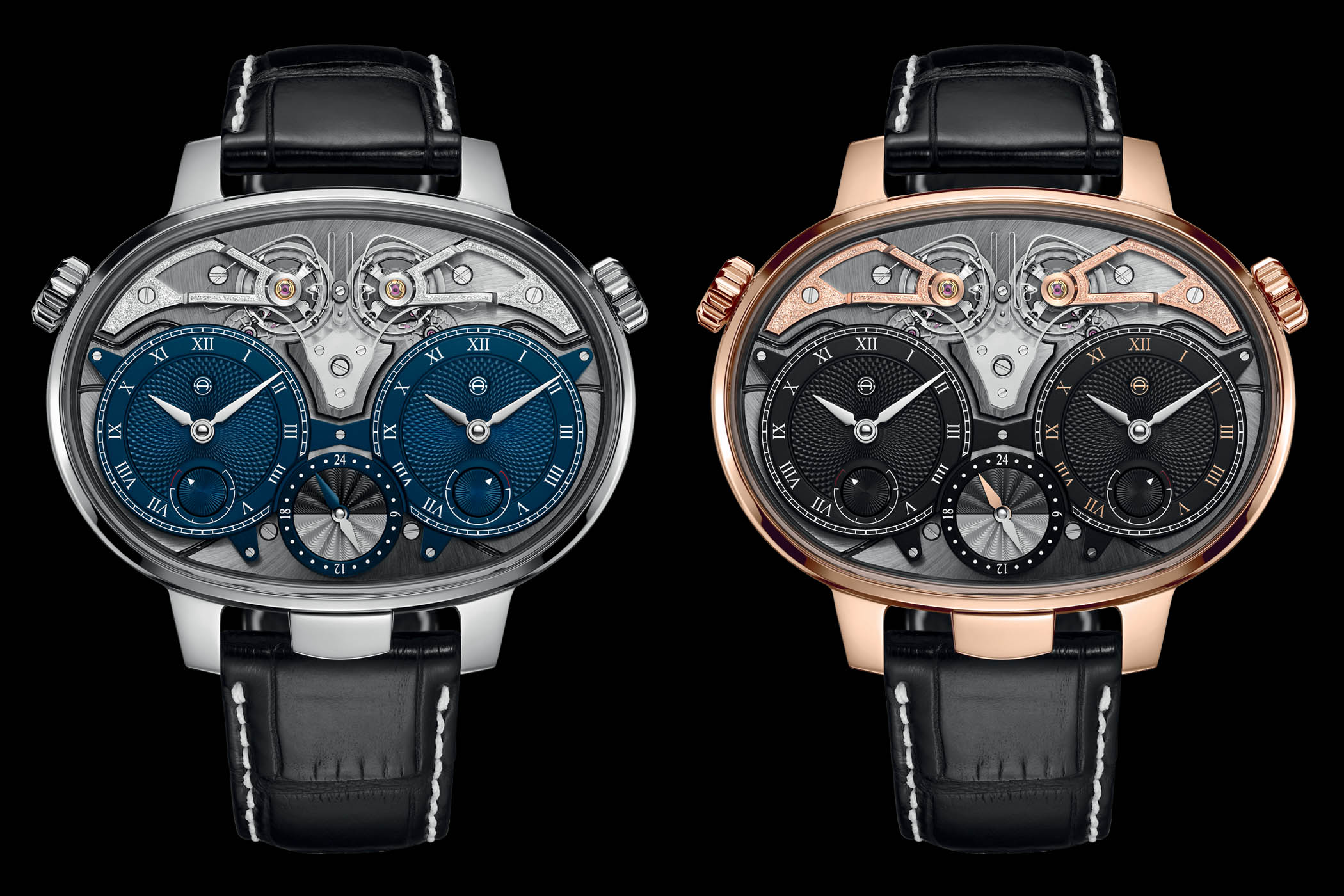 Armin Strom is barely a decade old, kind, which is nothing compared to brands who can claim over one or two centuries of watchmaking history. However, like Nomos, they have a young management, a modern outlook with a clear vision of only producing skeletonised timepieces, manufacture their own movements, and have been able to accomplish many feats with this ten years. 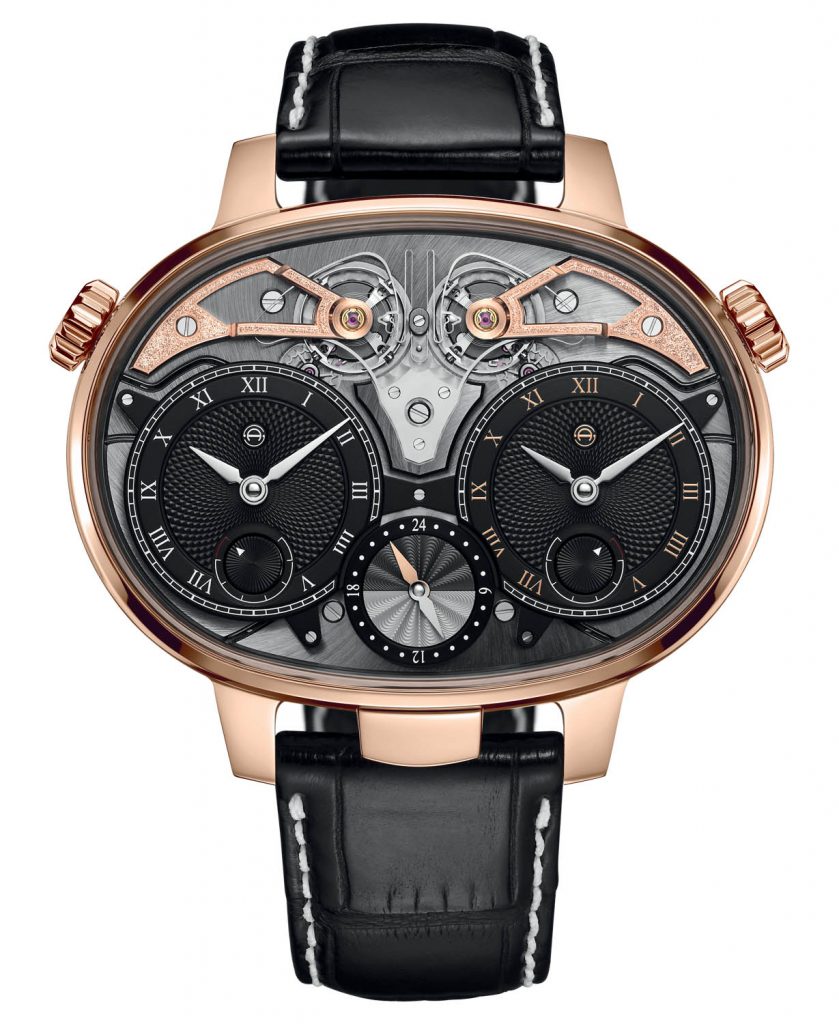 Their latest timepiece is a horological work of art and is as impressive in design as it is in architecture and mechanical prowess. The Dual-Time Resonance Masterpiece 1 is powered by a combination of two independent movements allowing it to display two different time zones. The term Resonance refers to the highly technical watchmaking skill of combining two movements to allow the natural frequency of each of the two movements to be in complete harmony. This is similar to F.P. Journe’s own Resonance that features twin dials driven by the two resonating gear trains.

The independent movements enable the Dual Time Resonance to indicate GMT, or a second-time-zone, as well as a function used as a timer or countdown. Power reserve indicators on each of the hand-guilloche dials and a 24-hour indication at 6 o’clock complete the indications. Form follows function could have been written for the Dual Time Resonance: two movements side by side (rather than stacked vertically) naturally led to the oval-shaped case, while the increased space afforded by the movements in this configuration allowed for two barrels per movement and a longer power reserve. Gazing through the display back at all four barrels winding simultaneously is as mesmerising as the ballet of the dual regulators on the dial.

The unusual watch comes with an unusual oval shape that measures 59 mm x 43.4 mm in diameter. To make it simpler to fathom and imagine, consider its horizontal measurement to be the size of Luminor Marina from Panarei and its vertical measurement to be the size of the typical SKX007 from Seiko. Coming with a water resistance of up to 50 meters, the watch case is made out of Titanium, White gold and 18ct rose gold and the watch is delivered with a genuine alligator strap and is limited to only 8 pieces. 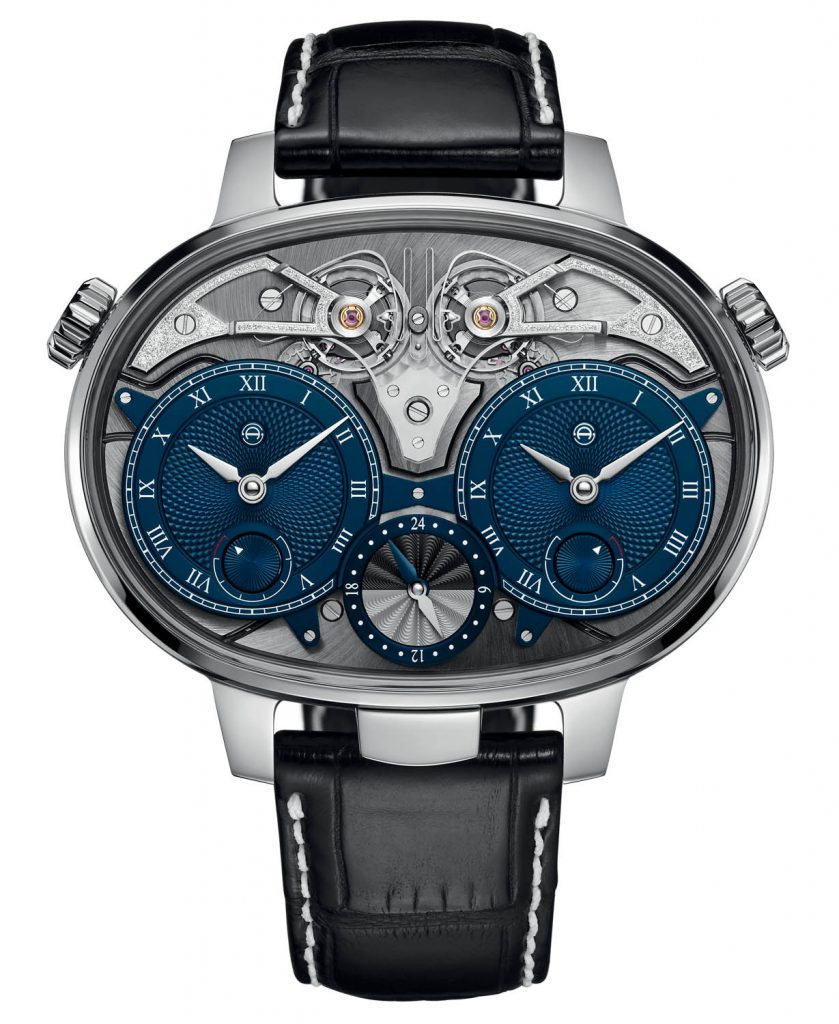 Armin Storm is the first watch manufacturer who has been able to master the complicated process of using material from motor racing into their timepieces. Within 4 years, they have manufactured their in-house tourbillion. They were nominated for multiple awards including the GPHG (Grand Prix d’Horlogerie de Genève). Though independent, Armin Storm is unique and can punch well above its weight. Visit Armin Storm here.