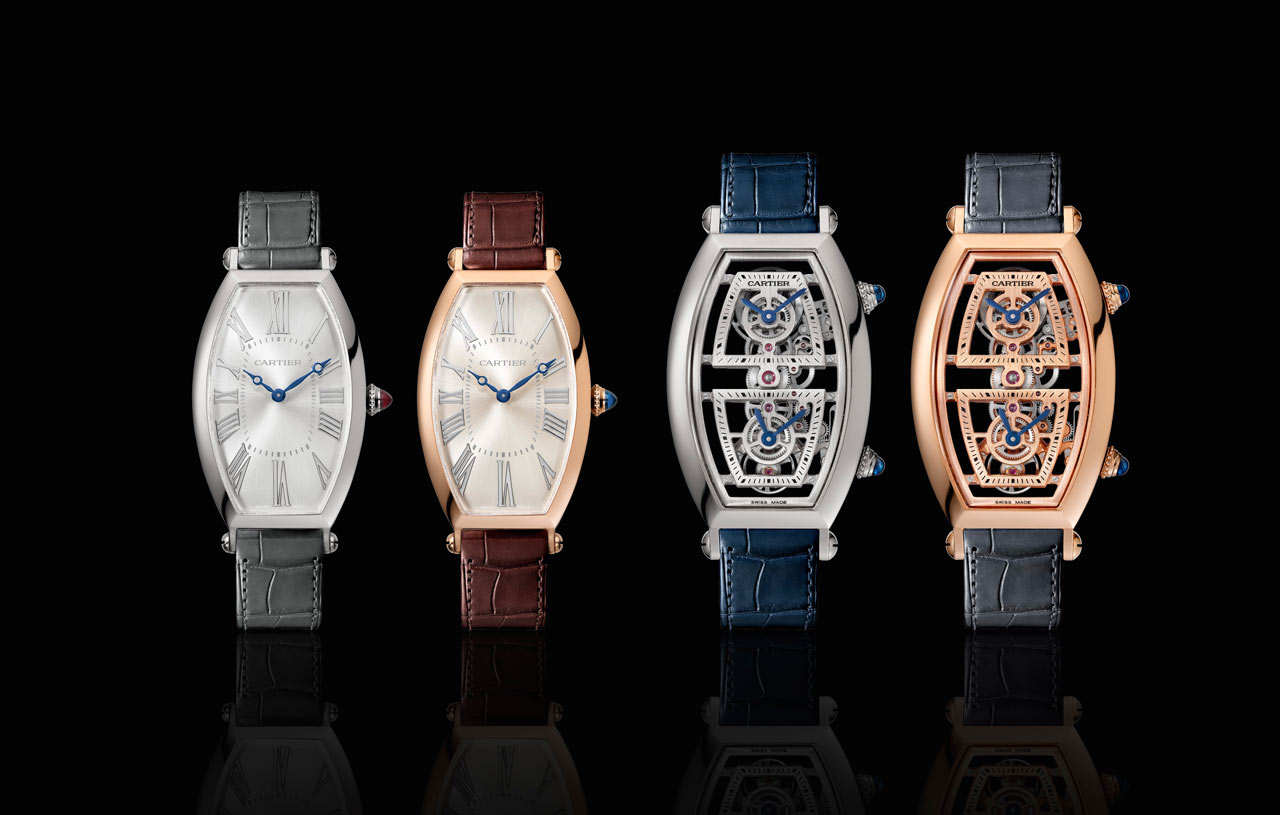 Cartier will celebrate the Tonneau watch at SIHH 2019 in Geneva on January 14–17. It’s one of the brand’s oldest pieces released back in 1906 with its famous shape. The model’s name literally means Barrel in French going in the tradition of round pocket watches.

There are 2 models for this iconic timepiece: a redesigned hours and minutes model and a skeleton dual time zone model and they’re both available in platinum or in pink gold. 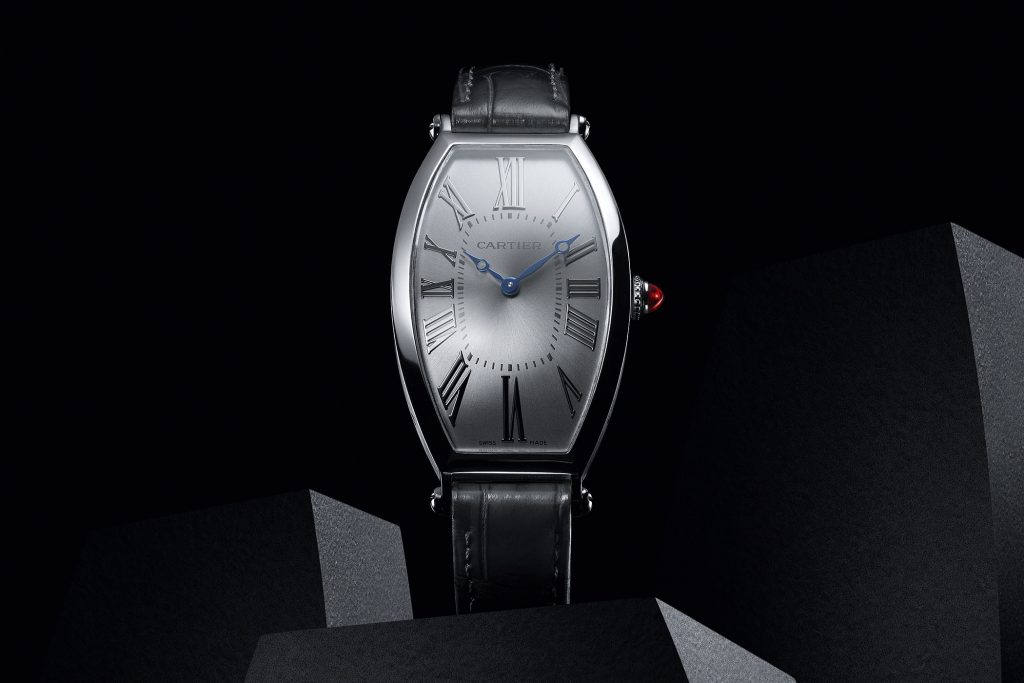 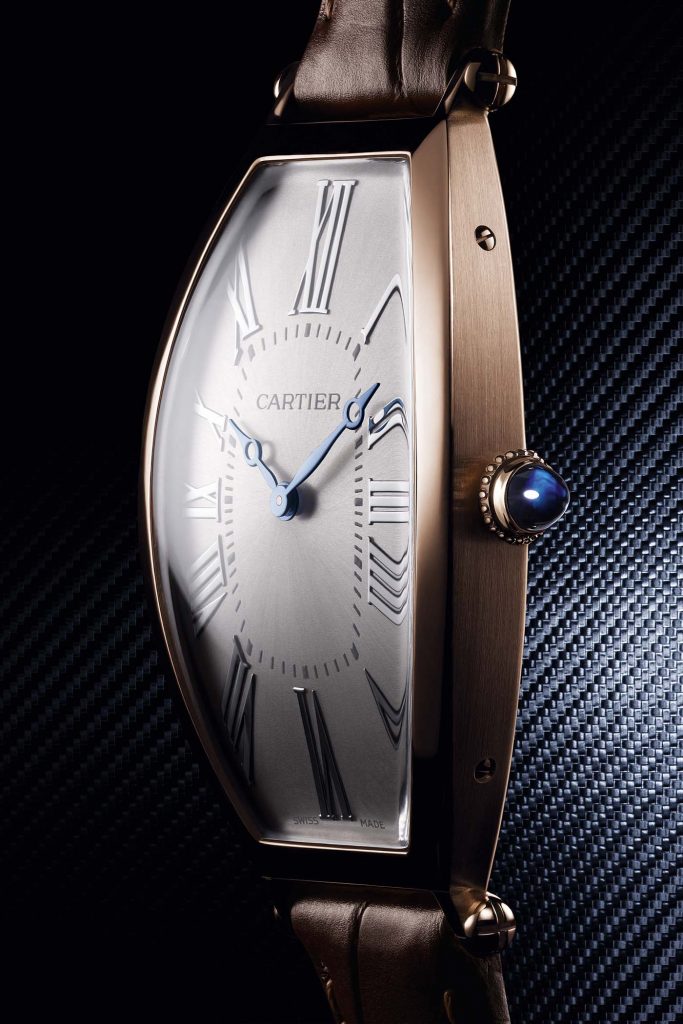 For the traditional model, we see signature Cartier watchmaking such as the Roman numerals, a Railtrack, a cabochon on the winding crown, leather strap, and screws on the lugs. While faithful to the original, it features newer technology such as water-resistance. I like how the bezel is formed from one block without breaks in the plane resulting in a splendid frame.

The dial is champagne-colored on the pink gold version and silvered on the platinum model completed with rhodium-plated numerals. The platinum version is limited to 100 pieces featuring ruby cabochon.

Powering both models is the new 1917 MC Manufacture calibre, a hand-wound movement beating at 21,600 vibrations per hour with a power reserve of 38 hours. 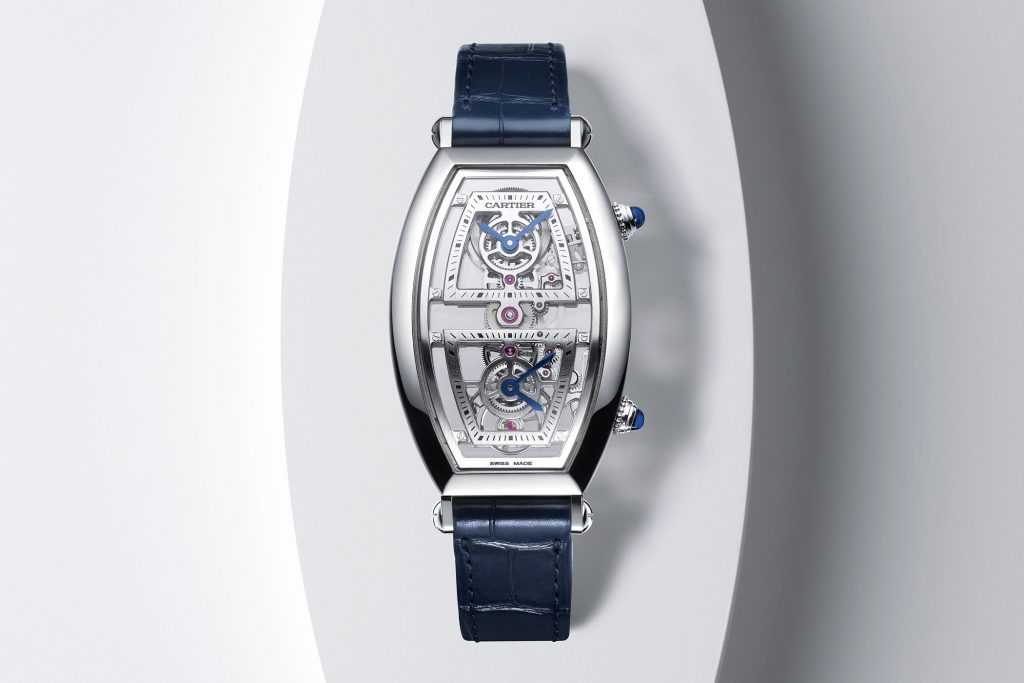 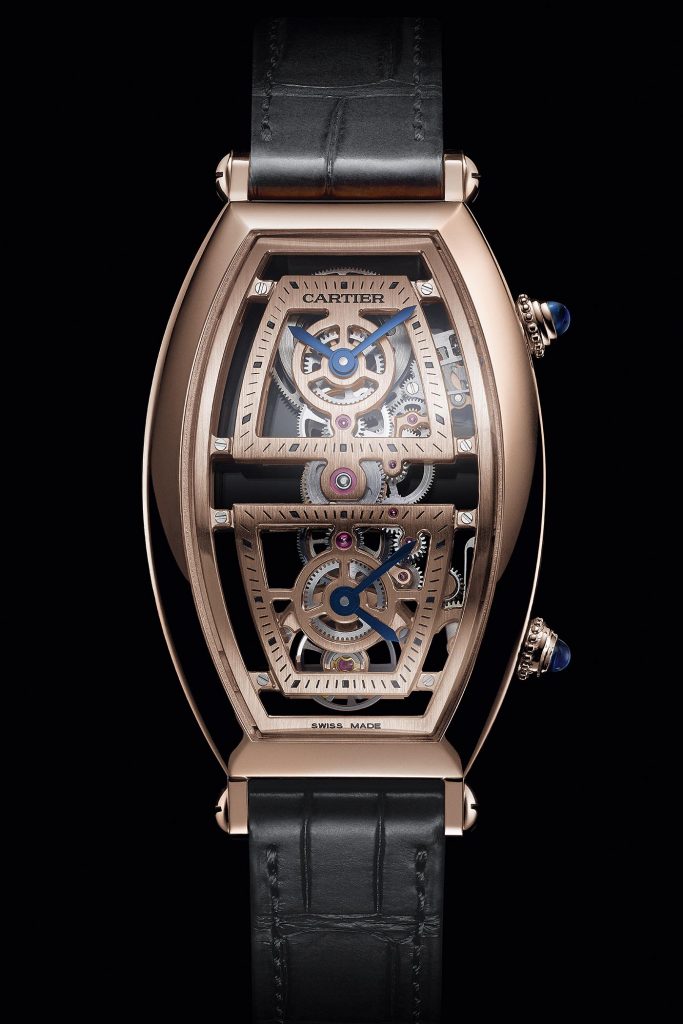 The skeletonized watches is Cartier’s tribute to the Tonneau XL dual time zone and in order to remain true to the original shape of the case, the 9919 MC calibre has to be adapted. All the wheels of the geartrain had to be aligned between 12 and 6 o’clock and then curved to fit the Tonneau watchcase.

Legibility is fine thanks to the blued hands on both time zones. Moreover, to adjust the second time zone, a crown is placed at 4 o’clock featuring one-hour jumps.

By skeletonizing the movement, Cartier has brought lightness to the traditional complication that is the 9919 MC calibre with its huge power reserve of 60 hours.

The pink gold and platinum versions of the skeletonized model are also limited to 100 pieces. Also, 20 numbered pieces are available in a special baguette-cut diamond-set platinum series. Visit Cartier here.