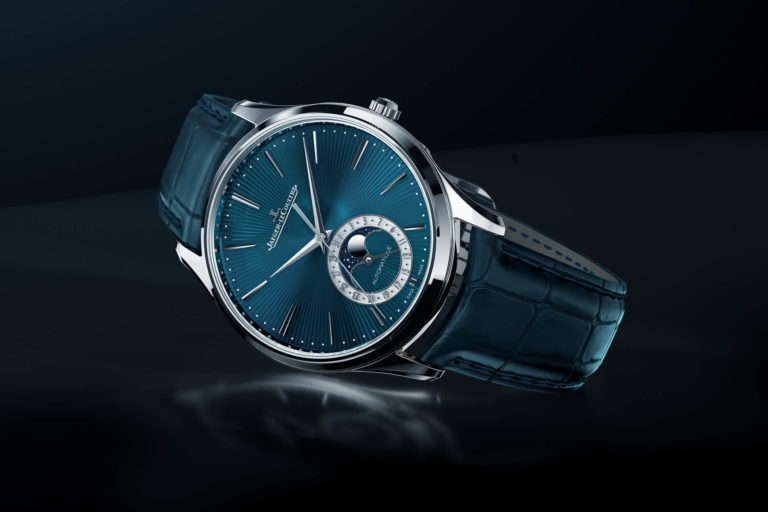 New for 2019 is Jaeger’s latest addition to its Master Ultra-Thin line of watches. This 100 piece limited edition features an attractive dial and movement to boot. Next year in January we will see the return of SIHH, one of the largest watch shows around, second only to Baselworld. Here, Richemont brands get to come and show their new designs in relative peace, and for the past few years, they have been inviting independent brands along for the ride too. Jaeger-LeCoultre is not an independent, it’s been showing off its new watches since the beginning, and the latest watch looks exceedingly attractive. 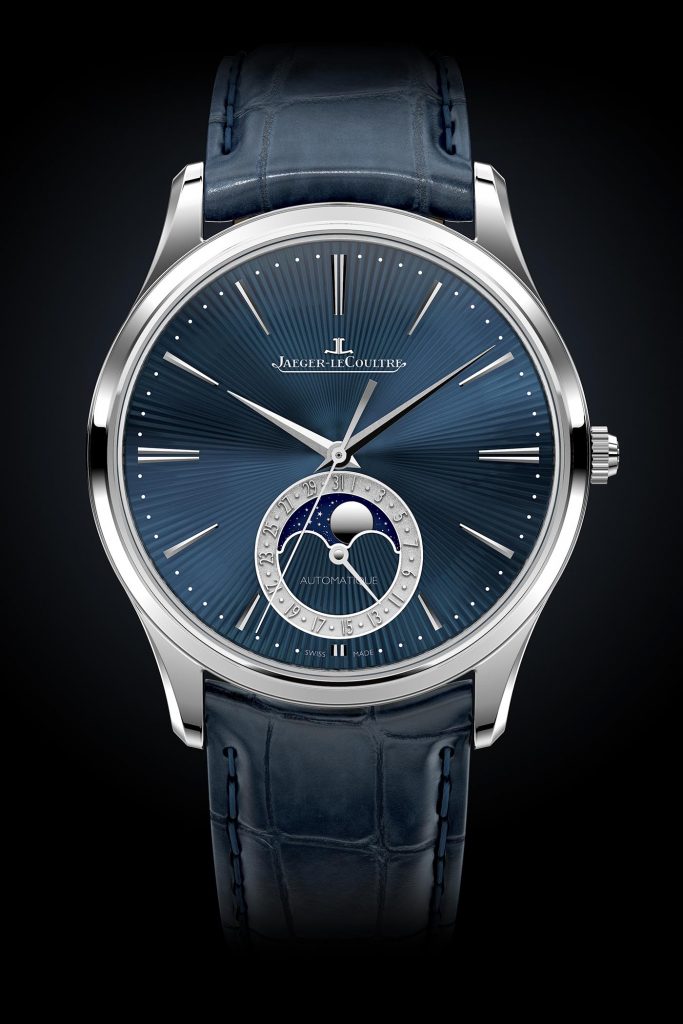 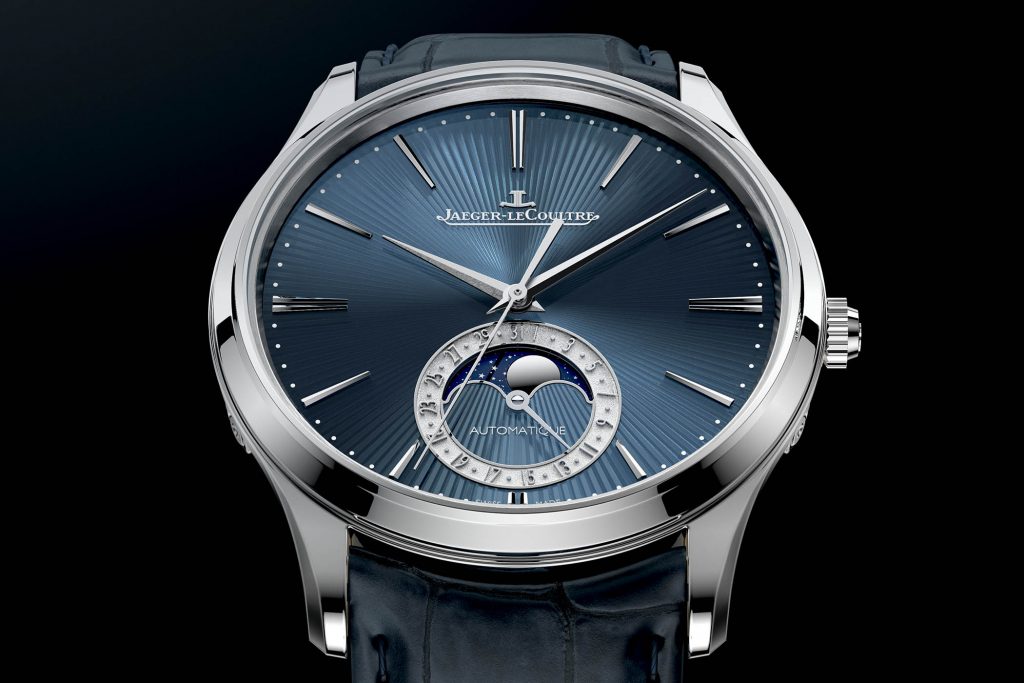 The dial has an excellent sunburst guilloché pattern radiating out from the centre, covered by a blue translucent enamel which makes it sparkle. We see here in this piece a demonstration of Jaeger’s artistic crafts skills. The JL logo has been applied to the dial, along with the hour indices for a luxurious appearance, which ties in with the upscale modern theme the watch is going for here. The moonphase is crisp and pretty, surrounded by a light silver date ring which adds a nice contrast to the piece that breaks up the blue. 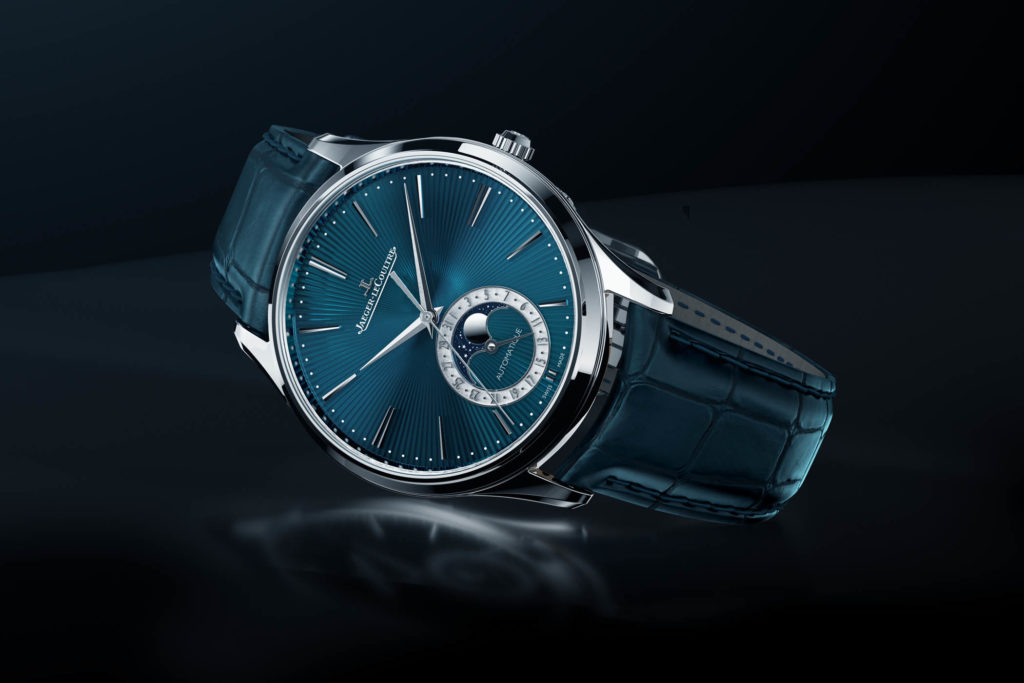 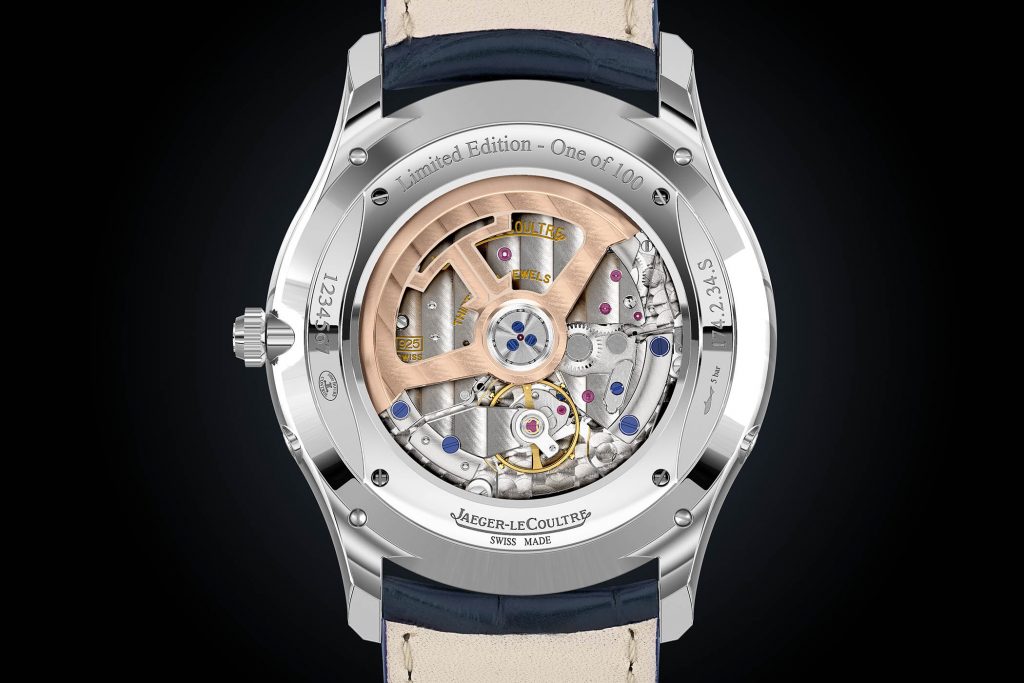 Around the back of the watch is the in-house Jaeger-LeCoultre calibre 925/2, an automatic winding piece with moonphase and rotary date functions included. The central rotor is made of gold, and the movement runs at 4Hz for a total of 70 hours without winding. The movement is clean and minimalist in its appearance, with nice Geneva stripes on it, but without too much attention focused on hand engraving or polished angles and such. While we haven’t got a confirmed price for this piece yet, the cost of the piece is sure to reflect this. The more ornate a movement becomes, the more expensive the watch gets, and fast. 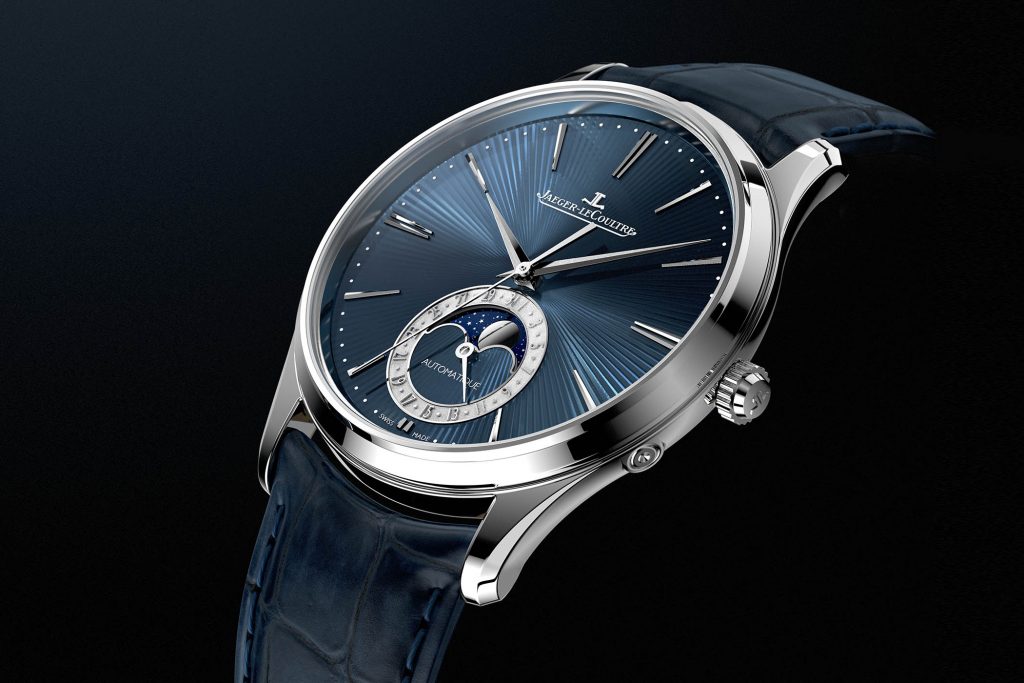 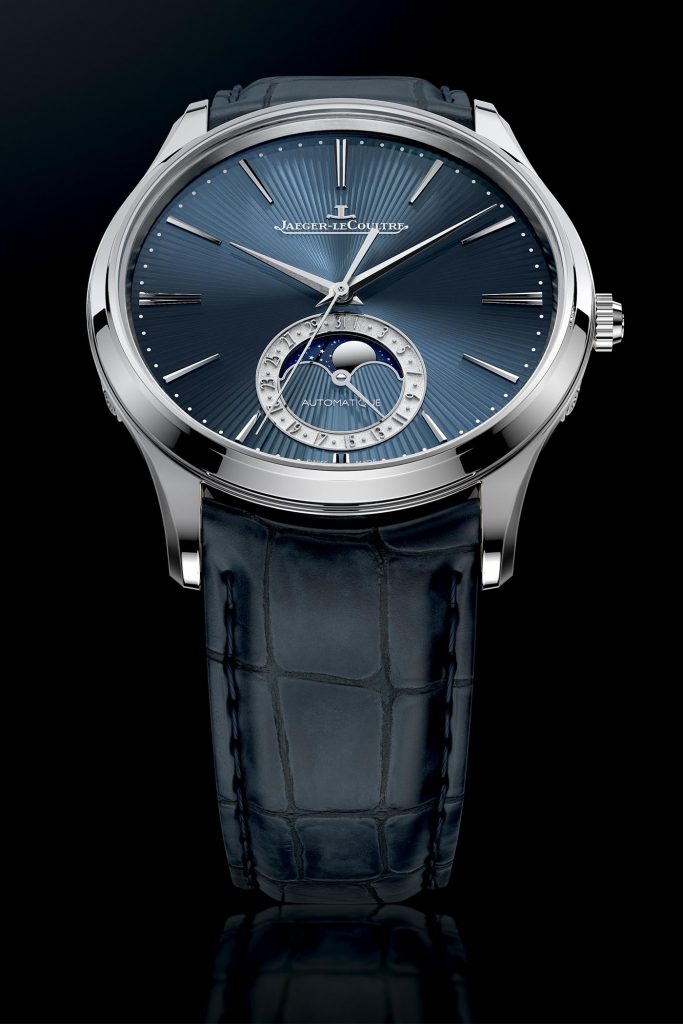 The case itself is made of 18k white gold, so it should have a pleasing heft to it on the wrist. It’s 39mm in diameter and 10.04mm thick with full polishing on the front, back and sides, and it offers 50mm of water resistance. It is offered on a blue alligator leather strap that has a white gold pin buckle to it as well. Visit Jaeger-LeCoultre here.