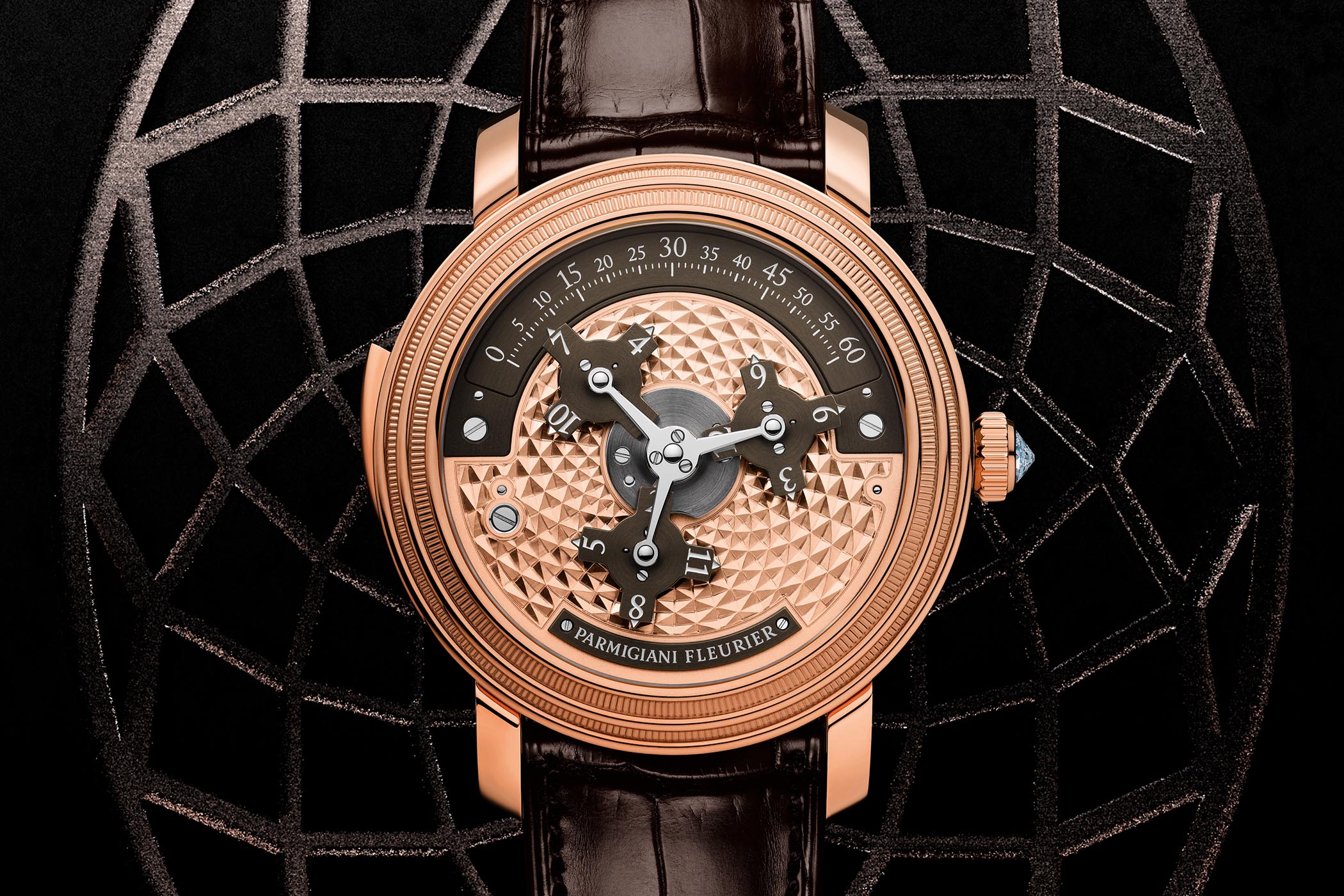 Parmigiani Fleurier. You would have probably heard about the brand thanks to its partnership with Bugatti for the Bugatti type 370 timepiece. That timepiece defied watchmaking conventions and has no fewer than 4 patents awaiting confirmation. In 21 years of existence, Parmigiani Fleurier holds numerous innovations and world-firsts to its name, a reflection of the brand’s watchmaking expertise, creativity and drive for excellence. This is evident from their innovations from their 30-second tourbillion to their dual time timepieces which feature two time zones, each accurate to the minute – a world first on the GMT watch market. 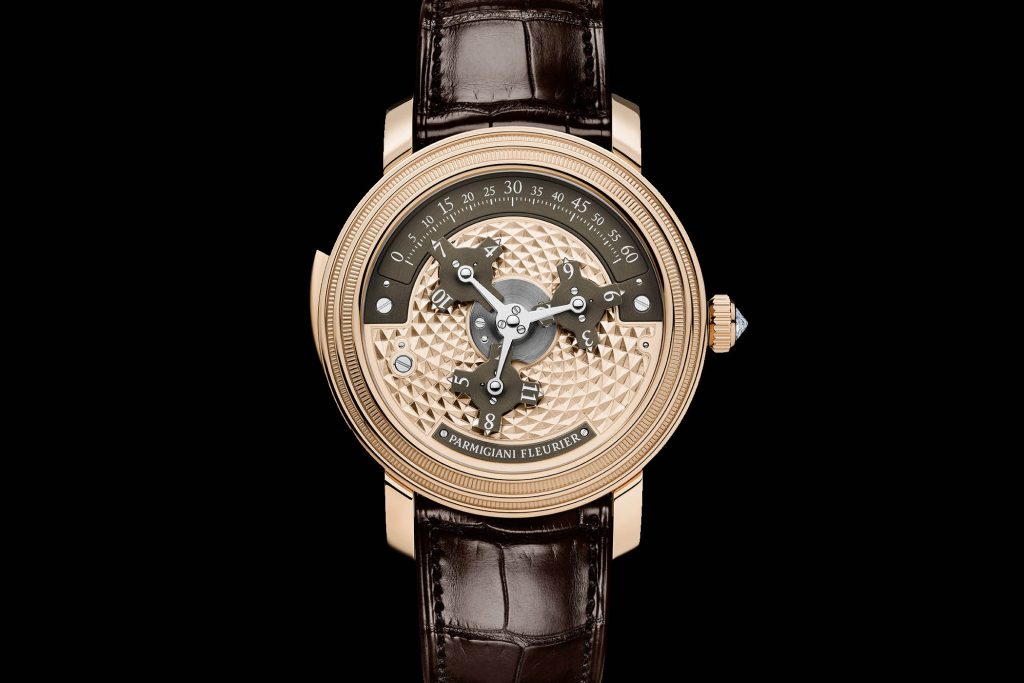 The Toric Collection, which was presented to the appreciation of the watch enthusiasts for the first time in SIHH 2017, quickly became one of the popular model families of the Parmigiani product group. Though at first glance the watch sharing many similarities with Gorilla Watches new Drift. And Urwerk’s Royal Hawk, the wandering hours mechanism is actually an old one. The Parmigiani Fleurier Toric Capitole pays tribute to The Edouard and Maurice Sandoz Foundation collection of horological works and art by recreating some of those mechanical wonders in its own manufacture. The watch takes its name from the Capitolium in Rome – the religious and political heart of Ancient Rome – the geometrically spiralling floor tiles of which are reproduced in the pattern of the dial. It’s even more impressive when you look at it up close and personal and learn that the dial and all the other details are hand-engraved. 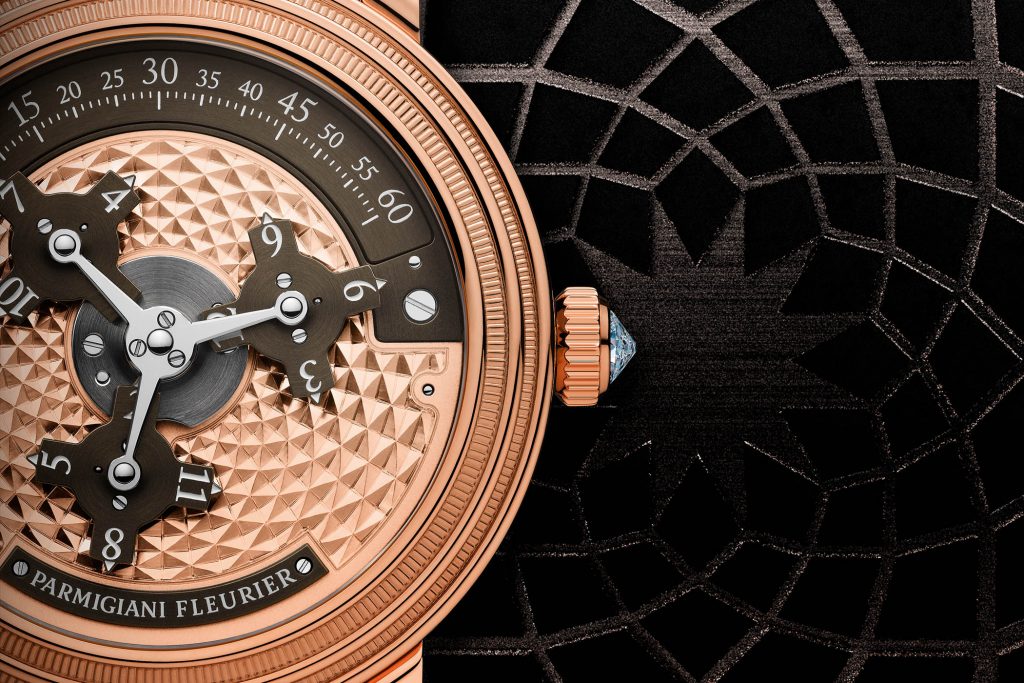 Time is indicated by a three-armed platform, with each arm carrying a satellite that shows the hours, while the minutes are on a track that spans the top half of the dial. And as is typical for such a mechanism, each satellite relies on a Maltese cross to rotate. The wandering hours display sits on a lavish, 18k rose gold decorated dial. 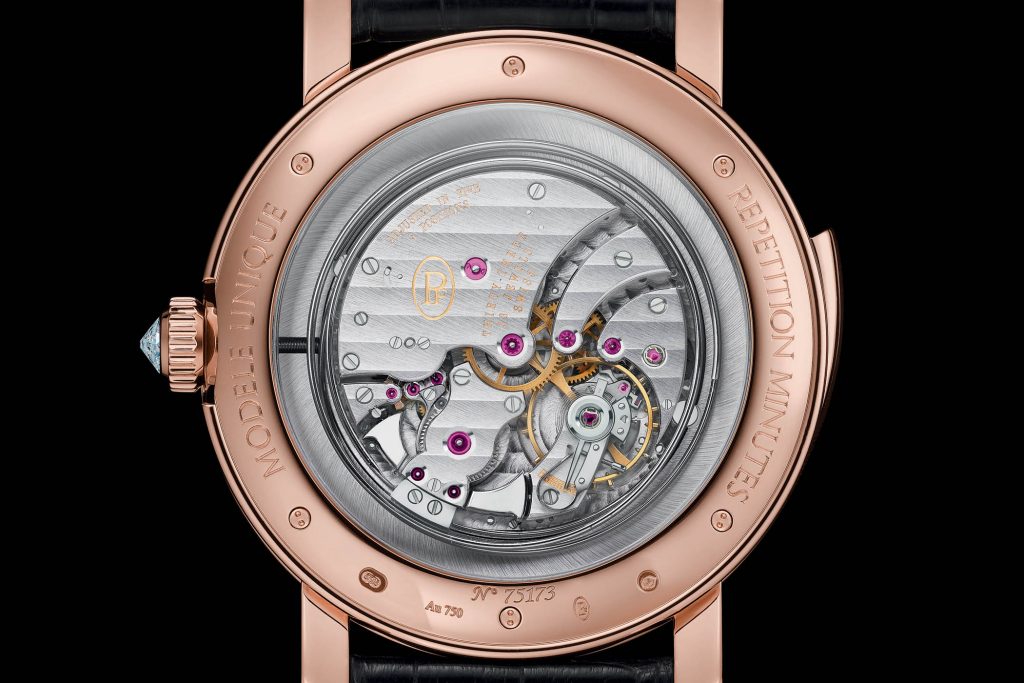 Like most of Parmigiani’s repeating calibres, the hand-wound PF321 is packed with a 40-hour power reserve and was inspired by pocket watch movements and has an appropriately classical bridge layout and is paired with a match brown alligator strap. 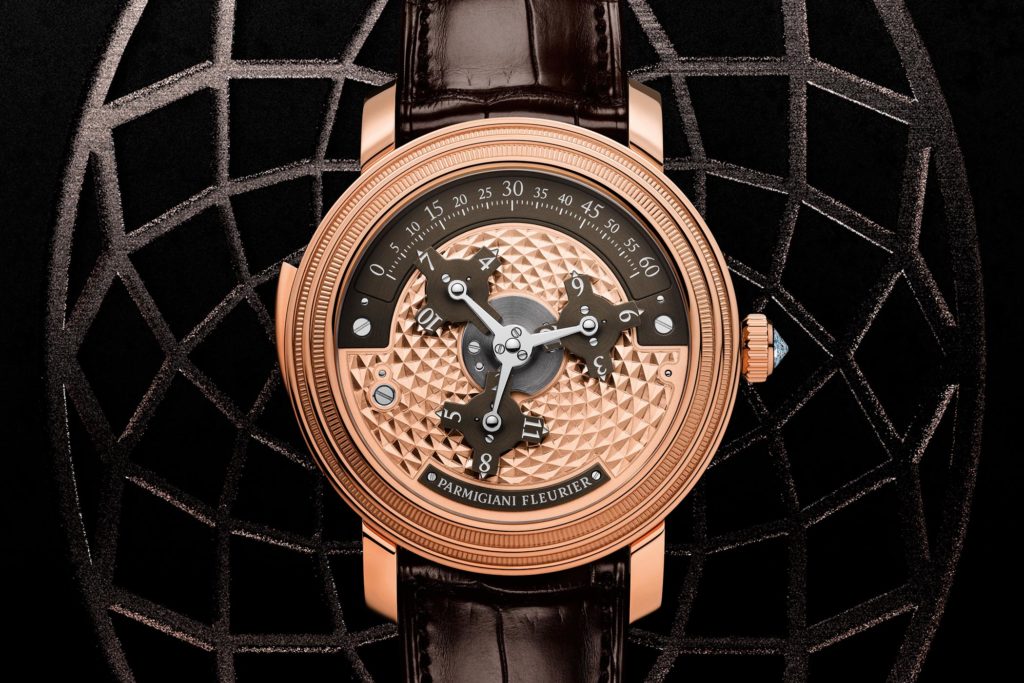 The watch is now available in a combination of an 18k rose gold case – measuring 45mm in diameter and still relying on the signature Toric case, with gadroons and knurling – with a rose gold guilloché dial and multiple brown accents – resulting in a warm watch. Visit Parmigiani Fleurier here.