Well, here we are folks, coming to the end of another year on planet Earth. A lot has happened in the past year, even in the watch industry, there have been some significant changes such as Swatch’s withdrawal from Baselworld taking the highlight. We expect 2019 to be a year where businesses step up their game in terms of how they present themselves and their products, but large press events such as SIHH and Baselworld will continue to take centre stage for now.

While all that is in the future and therefore purely speculative, today we look back to the past year as we show you our Top 5 watches of 2018, with five honourable mentions as well. 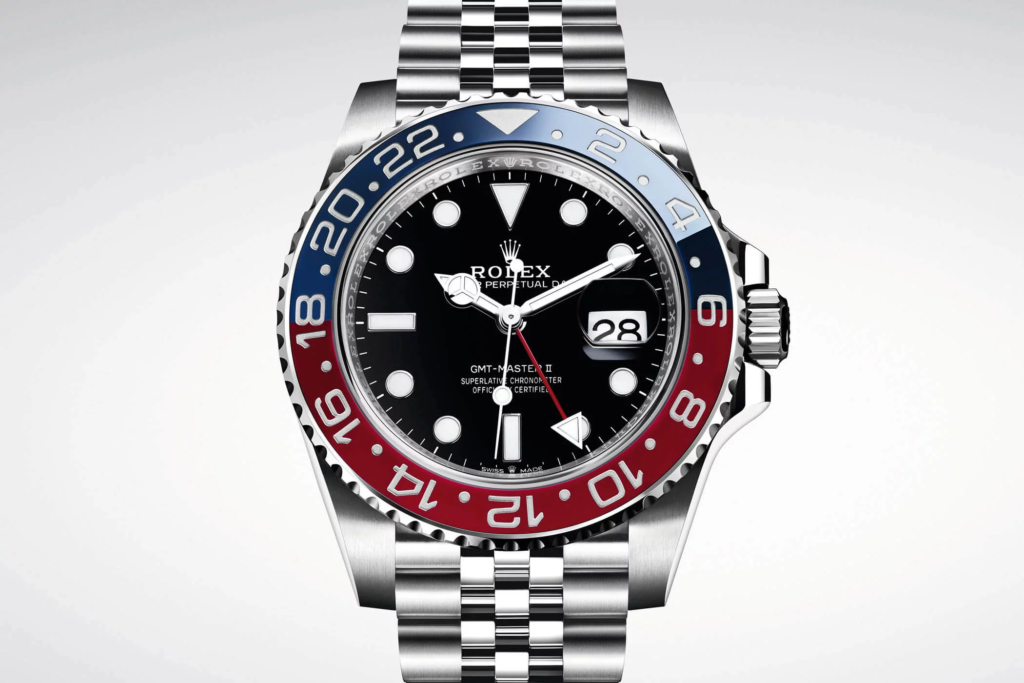 The new GMT Master 2 collection caused a real stir back in March and was undoubtedly one of the highlights of the Baselworld show. Though we saw the reintroduction of the colour brown to the collection (previously seen on now legendary watches such as Root Beer GMT), it was undoubtedly the BLRO (Bleu Rouge) that caught everybody’s attention with its blue and red bezel, Jubilee bracelet and new high spec 3285 movement. It was also one of the most popular watches of Baselworld this year, but exceptionally long waiting lists and outrageous grey market prices have staggered the popularity of this watch.

A few years ago TAG Heuer pulled an unexpected win with its Carrera 02T, the cheapest tourbillon watch that you’d actually want to buy. That watch came in an attractive case with a great looking dial to boot. Thanks to Jean-Claude Biver working his magic, TAG Heuer soon found itself in a position to seriously undercut and take the crown from its much celebrated LVMH sister Hublot. There was a real ‘hold my beer’ moment when people thought it wouldn’t get better, but it did. TAG Heuer teamed up with the historic Besançon observatory which awards its prestigious Viper’s Head mark (Tête de Vipère) to those watches which meet its chronometer requirements. Also, the case is blue, which is very cool. 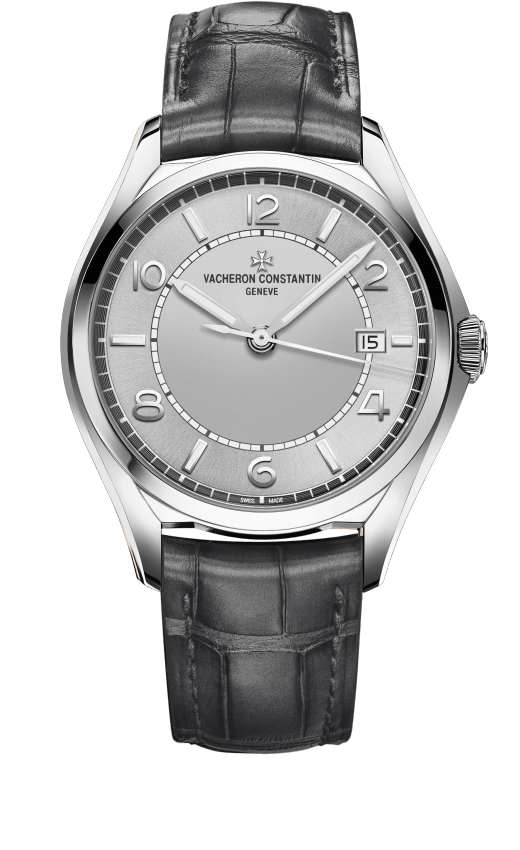 When I first heard the news back in January of Vacheron Constantin making an affordable watch, I honestly wondered what it was they were trying to achieve. One of the ‘Holy Trinity’ of watchmaking producing an affordable piece? Madness! But, it was actually a clever move. You see, while you and I know of Vacheron Constantin (either because you’ve just heard about it now or you’re watch savvy), most people who don’t have a particular interest in watches but do have a lot of cash to spend on them have not heard of VC. The FiftySix Self Winding in its steel variant costs a bargain $11,700, which should tempt new buyers into the brand. 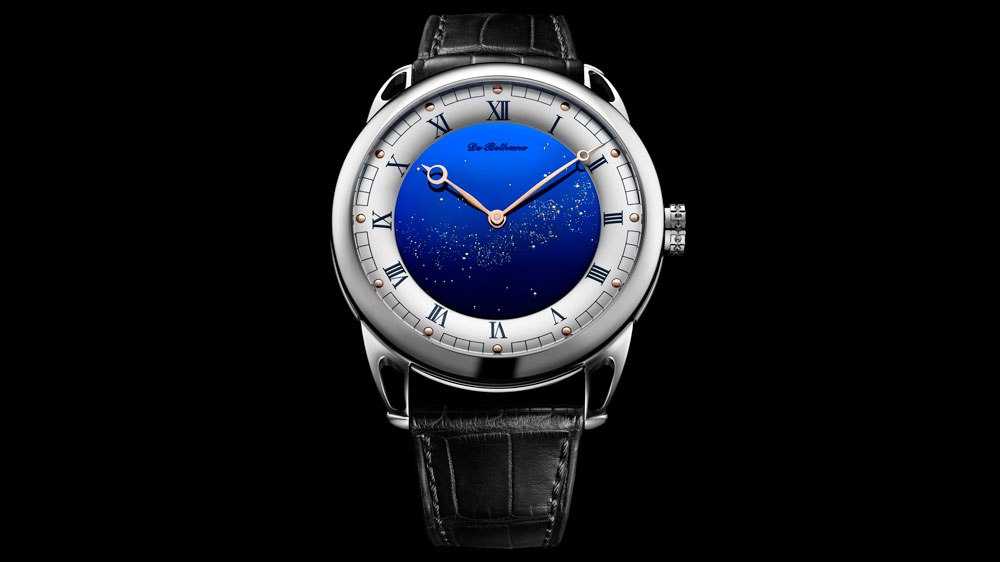 An updated case, dial and movement brought the DB25 Starry Varius from independent horologers DeBethune to a lot of watch fans’ attention earlier this year, and for a good reason. The watch is thoroughly modern, there are no old fuddy-duddy traditions with DeBethune. Dedicated to fusing science fiction styling with horology, DeBethune styled the Starry Varius to have a 42mm titanium case, a unique dial design with eye-catching Breguet hands over the 3D dial, and a caseback to make your knees go weak. 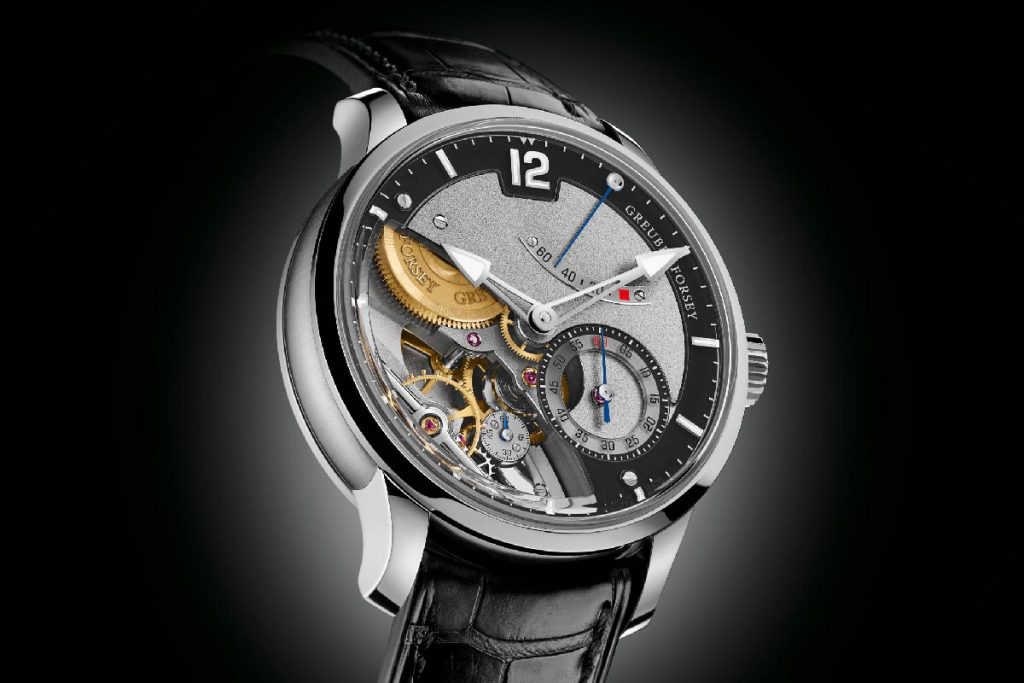 It’s hard not to love Greubel Forsey watches. Admittedly though, I am considerably more drawn to their watches which retain the classic circular case shape like this Differéntiel d’Égalité watch. Arguably one of the most horologically forward thinking watches on the list, this watch focuses on the delivery of power from the mainspring to the balance assembly, and is a part of Greubel Forsey’s Experimental Watch Technology program. Unfortunately, there isn’t the time to write out about all the tech inside this watch in detail, it would be too long, so we’ll leave you to research that for yourself. I’d add in though that this watch can be summed up in two words: super cool. 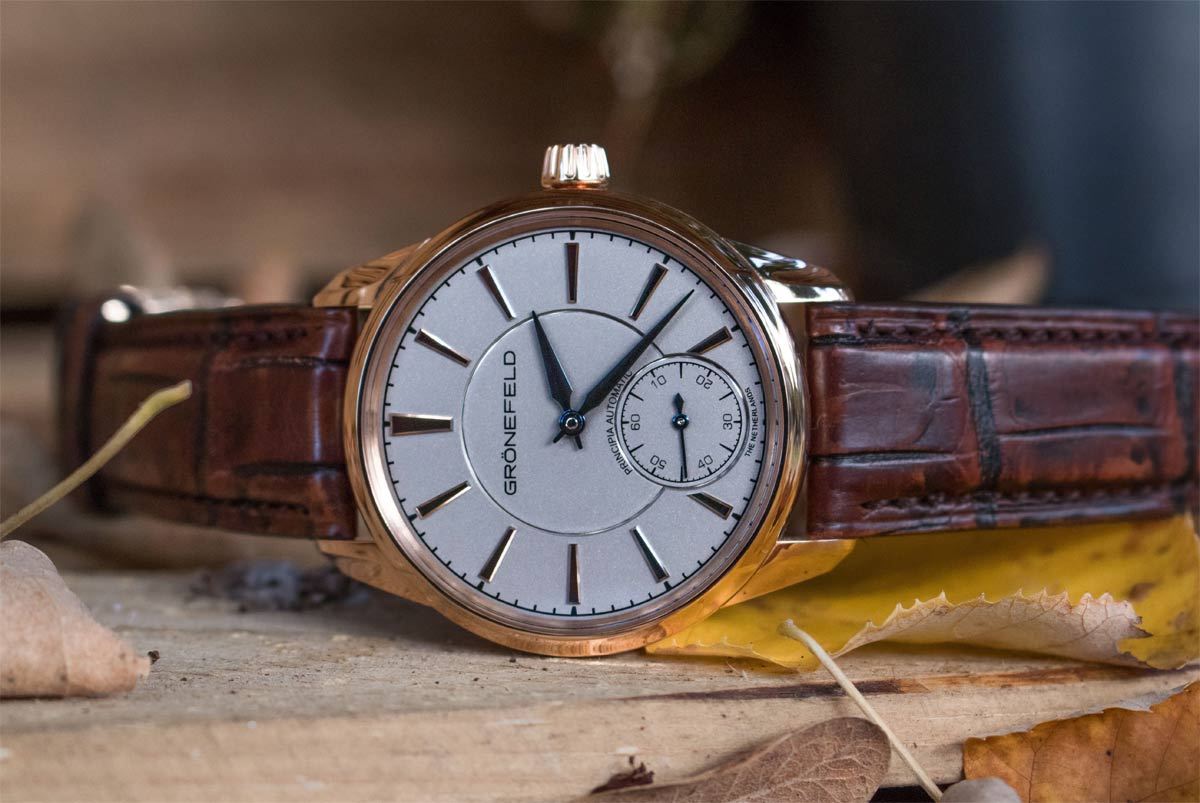 It’s hard not to pay attention to the independent watchmaking brands. These tiny companies have a lot to shout about and arguably hold the gauntlet representing the best watchmaking can be. Some of the best watches aren’t even Swiss or German. Grönefeld, based in the Netherlands, blew us all away with the 1941 Principia watch, their first ever automatic piece which is incredibly attractive on both sides. If a collection could only have one dress watch, this could be it. 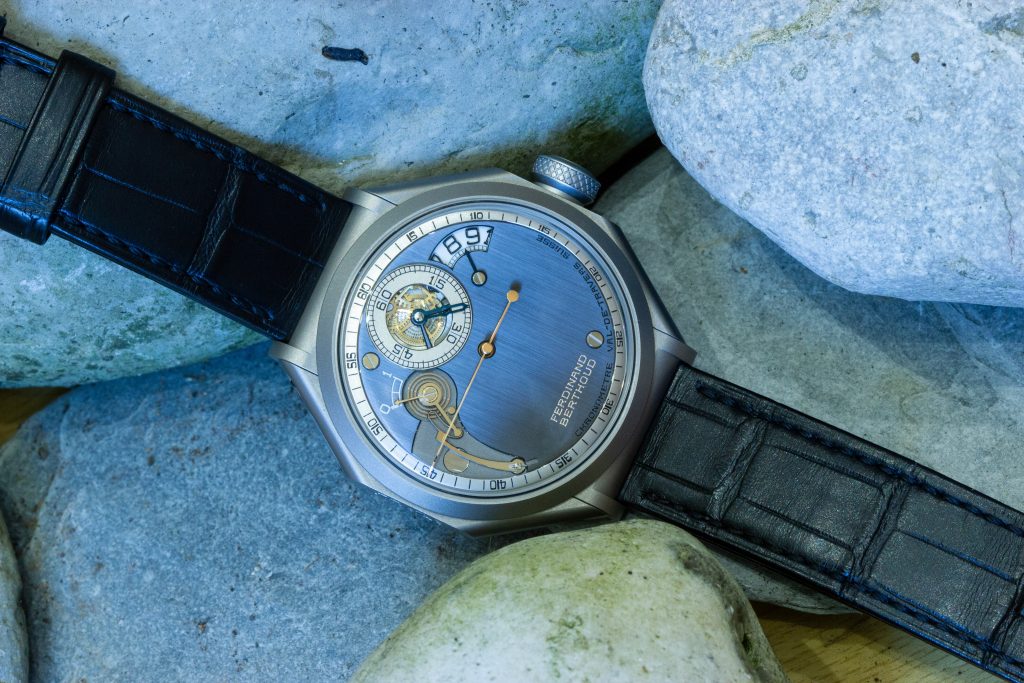 Ferdinand Berthoud was a legendary watchmaker in his day, well regarded from a young age for his spectacular horological skill. Today, his work is being dug up and presented in a modern way thanks to Chopard Co-President Karl-Friedrich Scheufeler, who brought the name Ferdinand Berthoud back to the map. The FB1R.6-1 watch which we saw at SIHH and then went hands-on with for two weeks back in May impressed us with its astonishing level of detail, movement finishing and its impressive stats. If you don’t mind the quirky octagonal case and have $200k lying around, what’s stopping you? Also, the power reserve is a polished cone with a jewel tipped arm, how cool is that?! 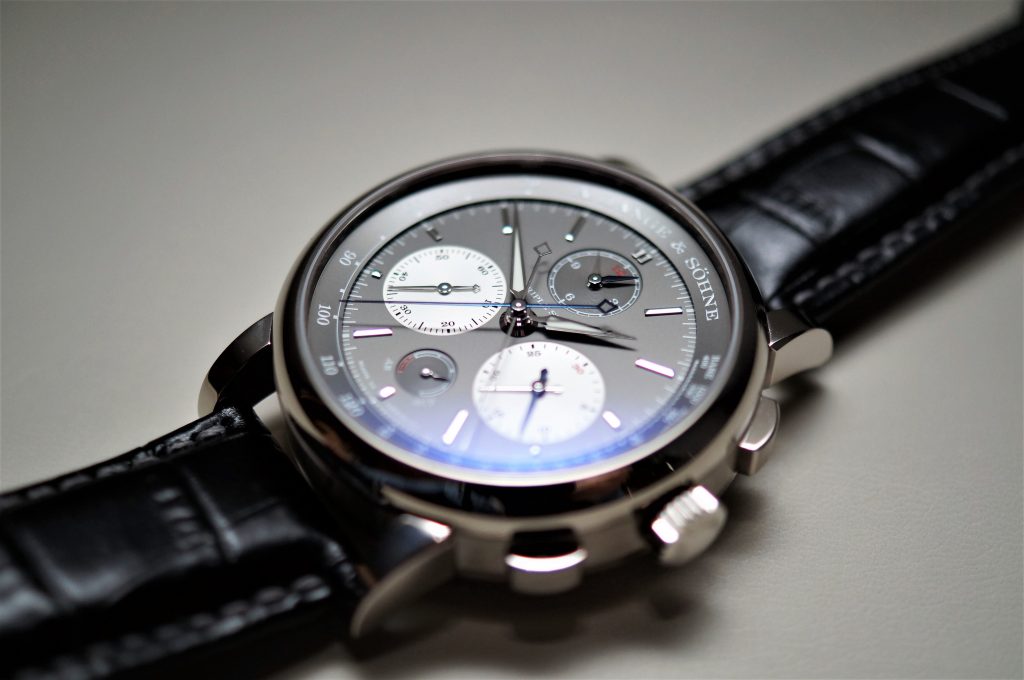 Several years ago Lange showed the world its forward-thinking take on the rattrapante, the Double Split, which could not only split the seconds for timing purposes but also the minutes. This year it showed us the Triple Split, which can do all that and more, it splits the hours as well, meaning it is possible to time two completely different events simultaneously. Why would we want to do something like that? Well, we wouldn’t really, but that doesn’t stop passionate watchmakers from making something capable of doing it regardless. Also, have you seen the back of this thing? It gives the FB1R.6-1 above a run for its money at least. 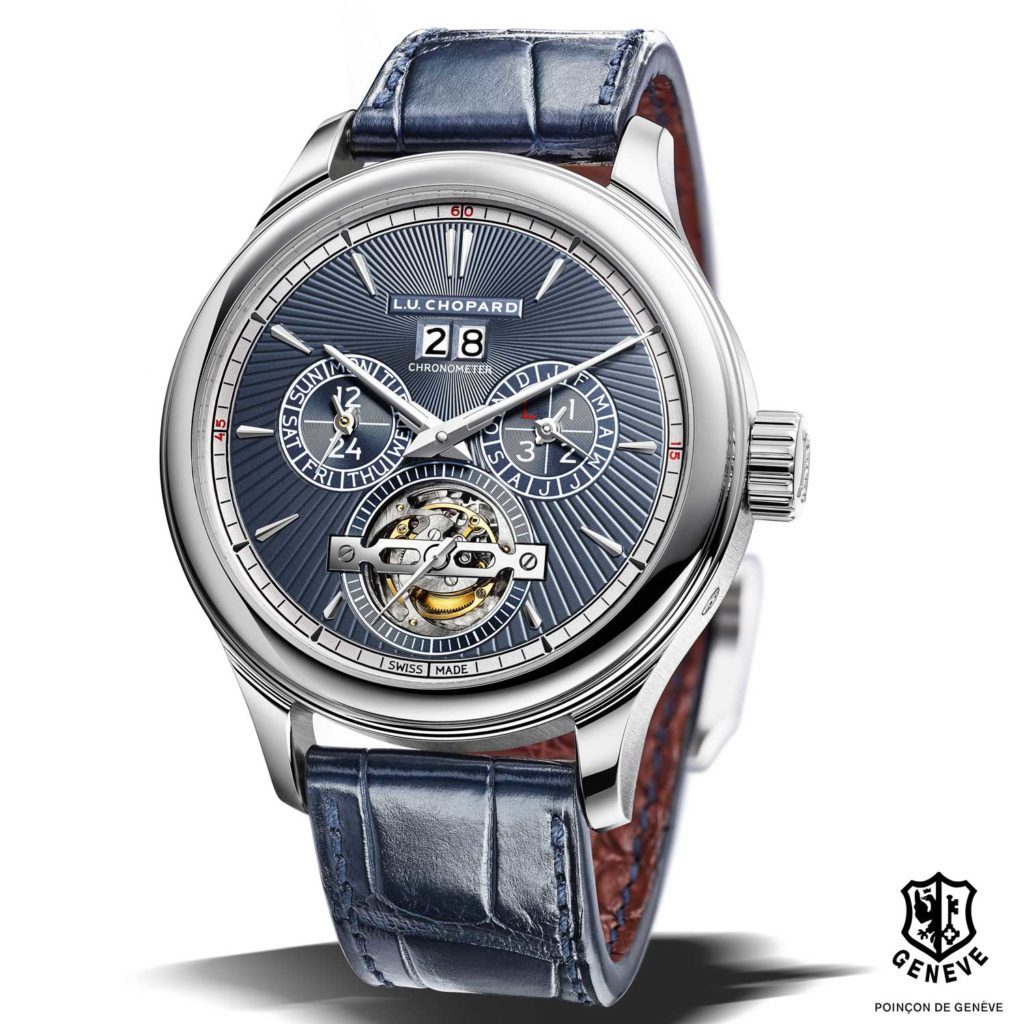 For 2018 Chopard completely modernised what was or is or might be their most complicated watch to date. Between this and the L.U.C. Full Strike watch, the All-In-One certainly has more complications, but the Full Strike is their first minute repeater and a really technical one at that. Anyway, the All-In-One combines all of Chopard’s technical prowess into one chunky watch. The dial shows us a relatively clear view of the tourbillon, a big date window, and perpetual calendar indications over a beautiful sunburst type guilloché which radiates from the date. The back, however, is even more impressive, with a power reserve indicator (for the gargantuan seven days of reserve), an equation of time indicator, a synodic orbital moonphase and the time of sunrise and sunset plus many more. All in all in the All-In-One, there are 14 complications, with a Geneva Seal movement too, take that Holy Trinity. 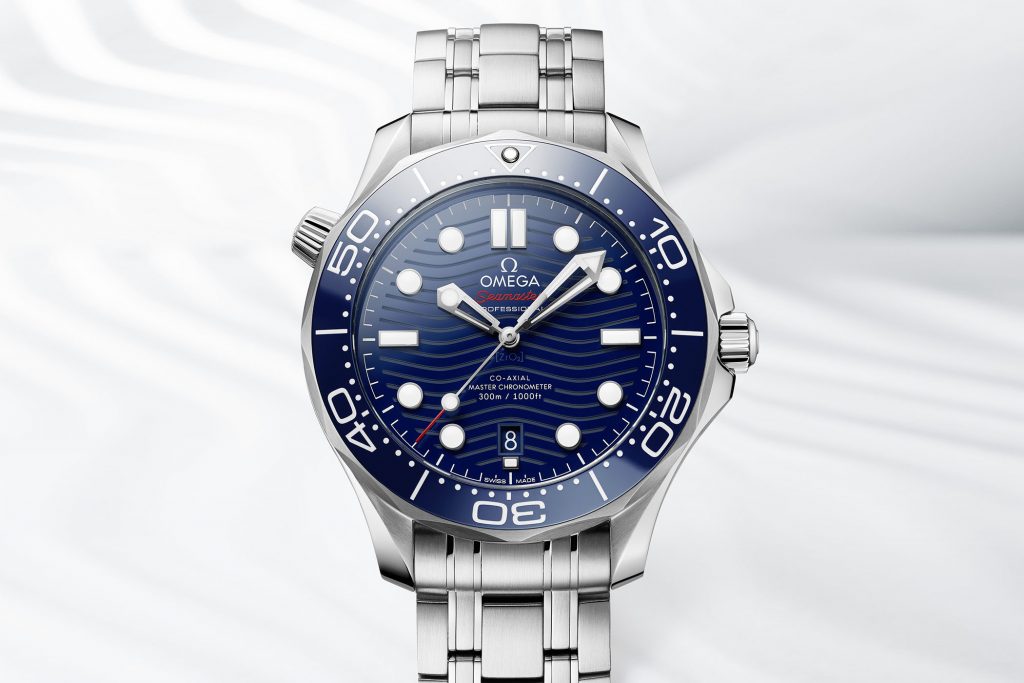 Why oh why did we choose this one to go at the top spot for the year, especially over some of the other marvels we’ve seen thus far? Well, for a start, it’s the watch we needed most, the old Seamaster 300 Diver was cool, but it was nothing much, especially compared to the new one which has got a lot of collectors wondering why Rolex is charging so much for its almost nonexistent Submariner. Undoubtedly, one or two folks there are scratching their head, wondering about the next move. The Seamaster Diver 300M sports the pretty wave dial we all loved about the older Seamaster, as well as a brand new in-house made calibre and an impressive array of choice when it comes to colours and metals. Unless you are a passionate brand snob, we can’t think of a reason why someone would choose the Sub over this, the Seamaster Diver 300M indeed is the watch of 2018. It’s also the most affordable watch on the list, which is to be admired as this year has been stable for Haute Horlogerie brands allowing for some spectacular timepieces, let’s hope that 2019 is as prosperous as 2018 was.