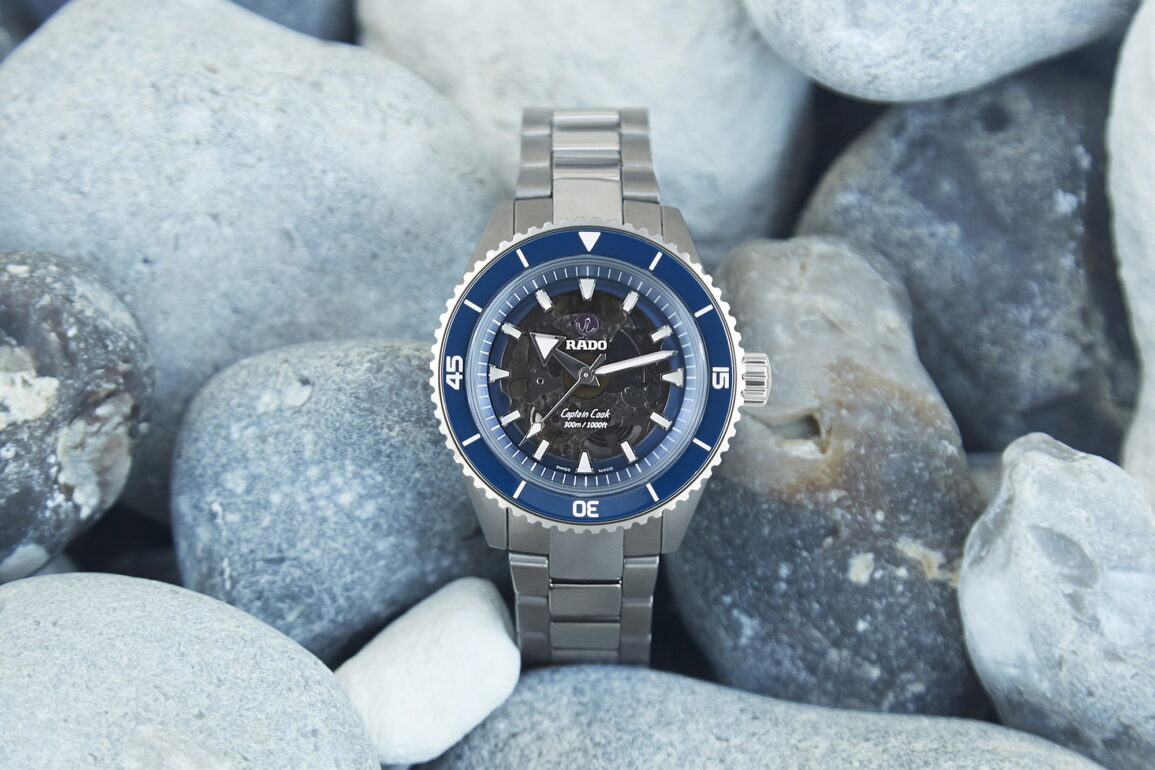 Rado ups the ante with its new ceramic-cased diver.

Have you ever looked at your regular old diving watch and thought “damn, I wish I could see the side of the movement that nothing happens on”? No, probably not, but we recently showed you Baume & Mercier’s look at an open dial watch. Now, Rado is doing it as well, an interesting move considering Rado is owned by Swatch, and Baume & Mercier is in the Richemont Group.

Despite my somewhat sarcastic opening to this article, I like the look of the watch quite a lot. Sure, Rado isn’t showing us the part of the movement we usually see (the rotor side), but it’s still a mechanical movement, and it has a glimpse of the balance wheel in there too. The dials of the watches feature fat markers with plenty of lume, the hour and minute hands appear to be lumed as well. I’m not sure if the bezel is, but I know it’s angled inwards slightly and has an inlay made of ceramic. 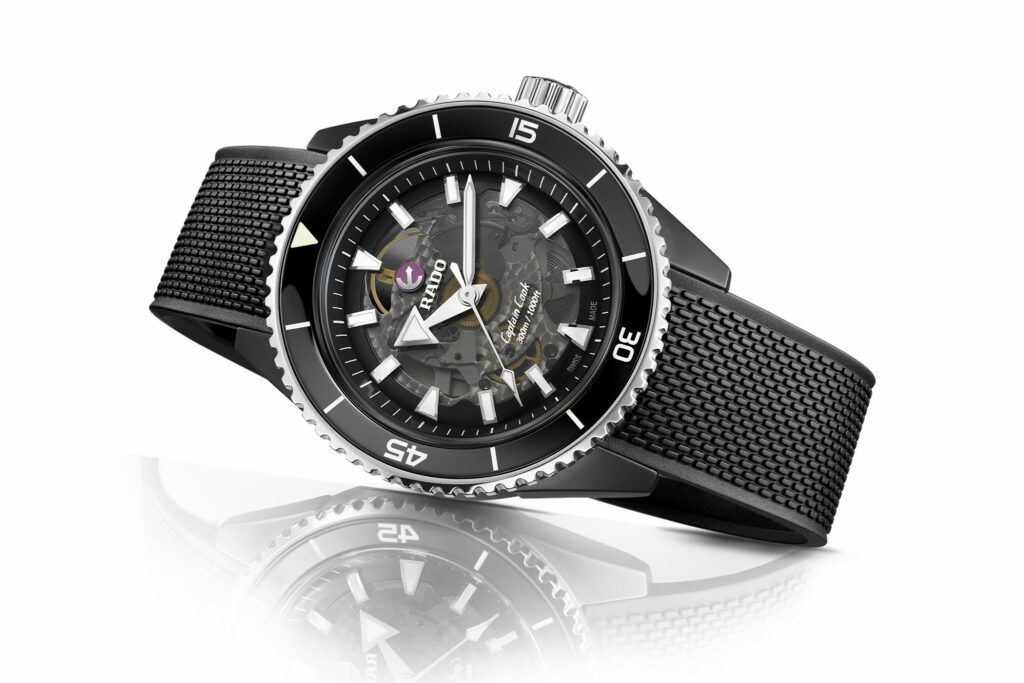 For the first time in the Captain Cook range, Rado has made the newly-sized 43mm case from a ceramic monoblock too. That’s quite a feat for a brand that most would consider to be quite far down in the Swatch Group’s hierarchy, but it shows commitment to see a project like this through and create a result people genuinely will want to buy. 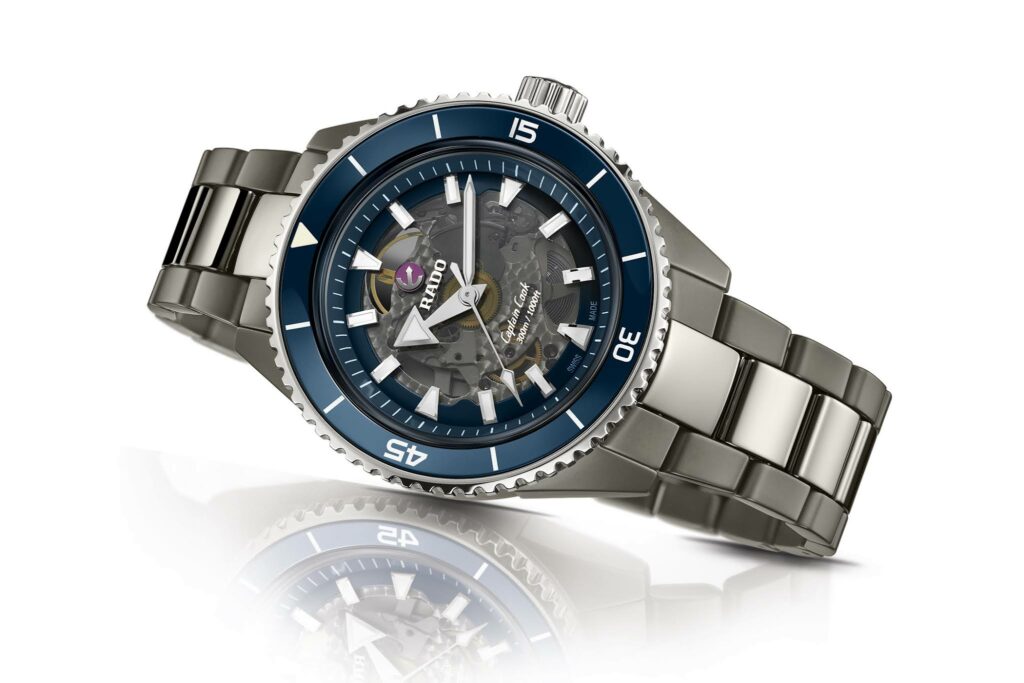 There are four versions of the Captain Cook Ceramic. Three of them feature a black ceramic case. The first features a black ceramic case with a rubber bracelet and a stainless steel bezel and crown. The second version is nearly the same, except it has a ceramic bracelet too. There’s also a two-tone version of this black-on-black combo, featuring a stainless steel crown and bezel that have been PVD coated in gold, also with a black ceramic bracelet. The last model has a ‘plasma ceramic’ case with a blue ceramic bezel insert. This one appears to look like metal in the same way Omega’s Speedmaster Grey Side of the Moon does, although it is definitely ceramic. 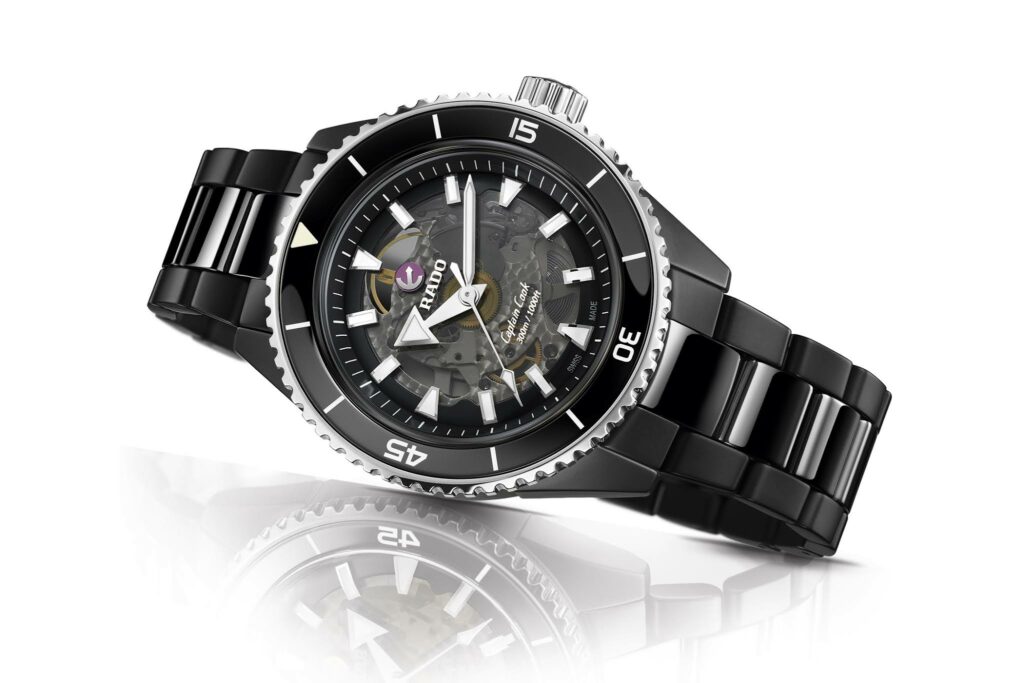 Inside each watch is the calibre R734. It’s an automatic calibre with 80-hours of power reserve. It also has an antimagnetic Nivachron hairspring, which ensures accuracy and robustness for a long time. The calibre is visible both from the front and also through the back of the watch. 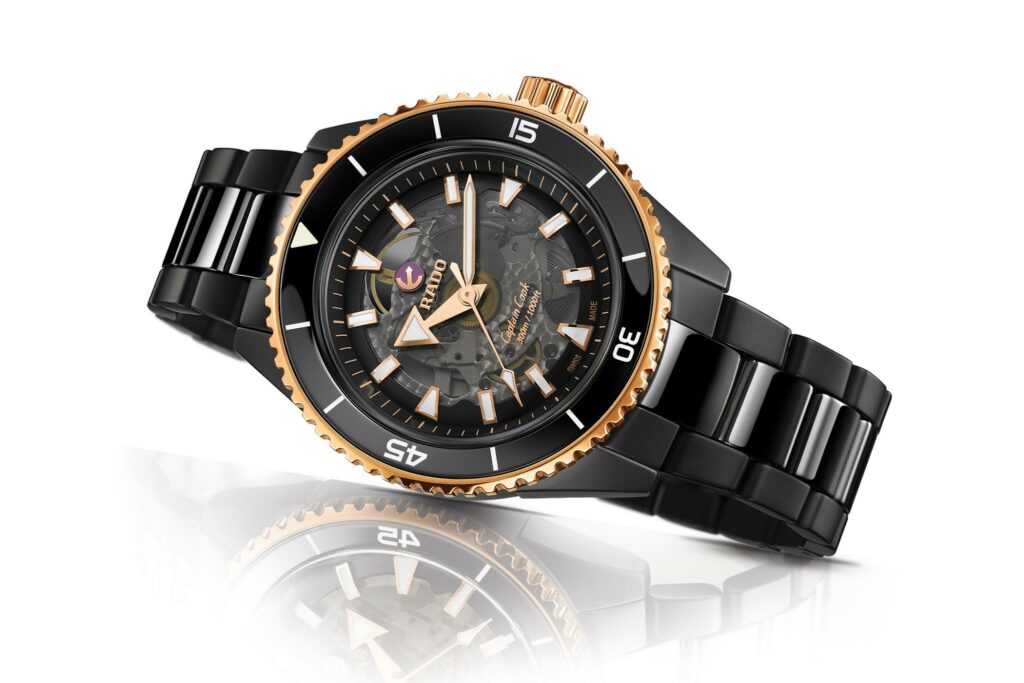 On pricing, the Rado costs £3060 on a rubber strap. The same watch with the ceramic bracelet is £3345. For the black and gold version, the price is £3440, and the plasma ceramic model with a blue ceramic bezel insert will set you back £3530. Each watch is also water-resistant to 300m.