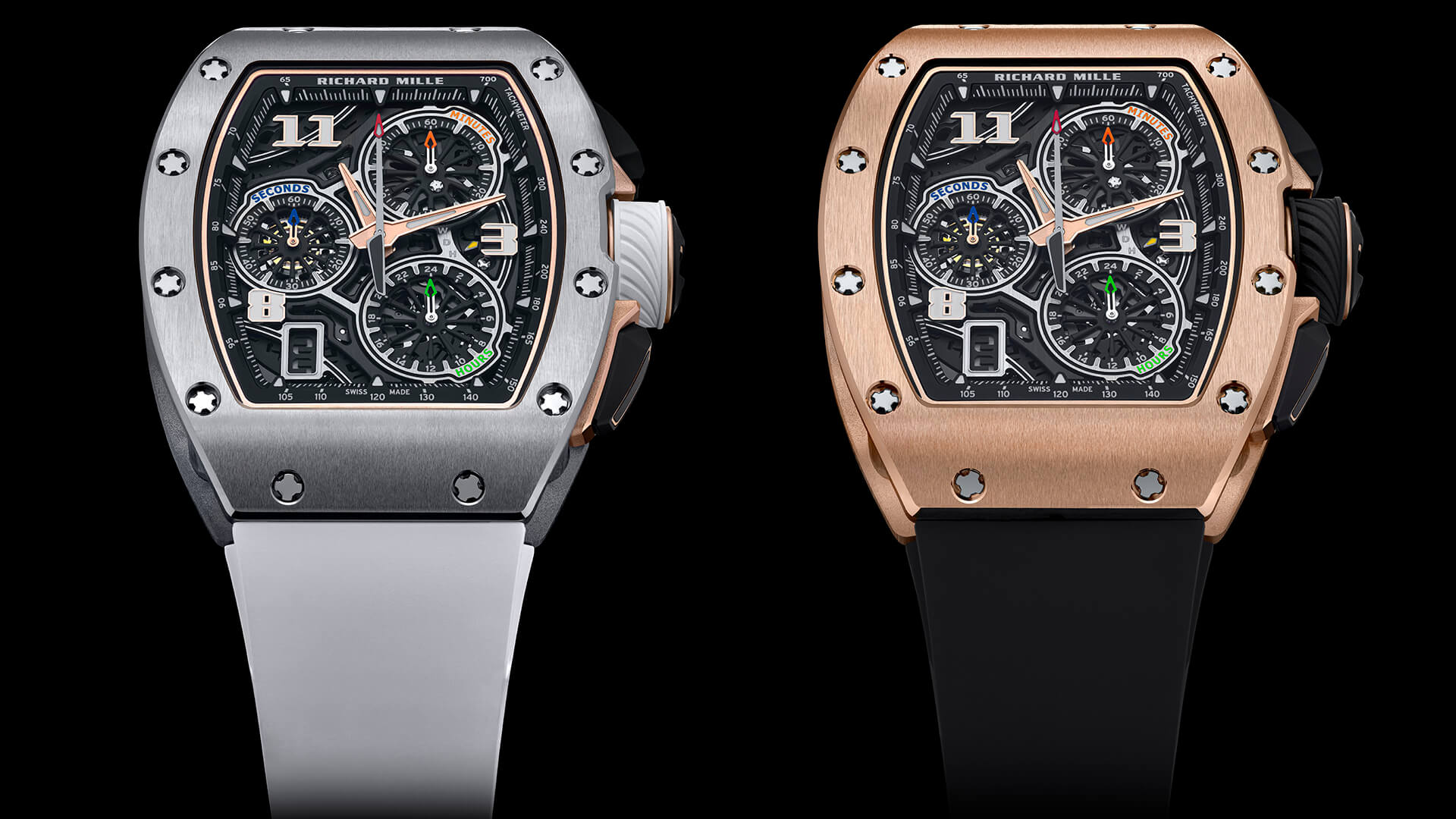 This is Richard Mille's first ever in-house made flyback chronograph.

Richard Mille is a brand you’d associate with traditional in-house watchmaking. They like to do everything themselves, and over the years their watches have featured all manner of complications from alarms that vibrate on your wrist to tourbillons to G sensors, all of this stuff they’ve worked on themselves. But did you know that they’ve never made a flyback chronograph themselves before now? I don’t blame them, a chronograph is an extraordinarily complicated mechanism and adding a flyback function dials that level of complexity up a couple of notches. 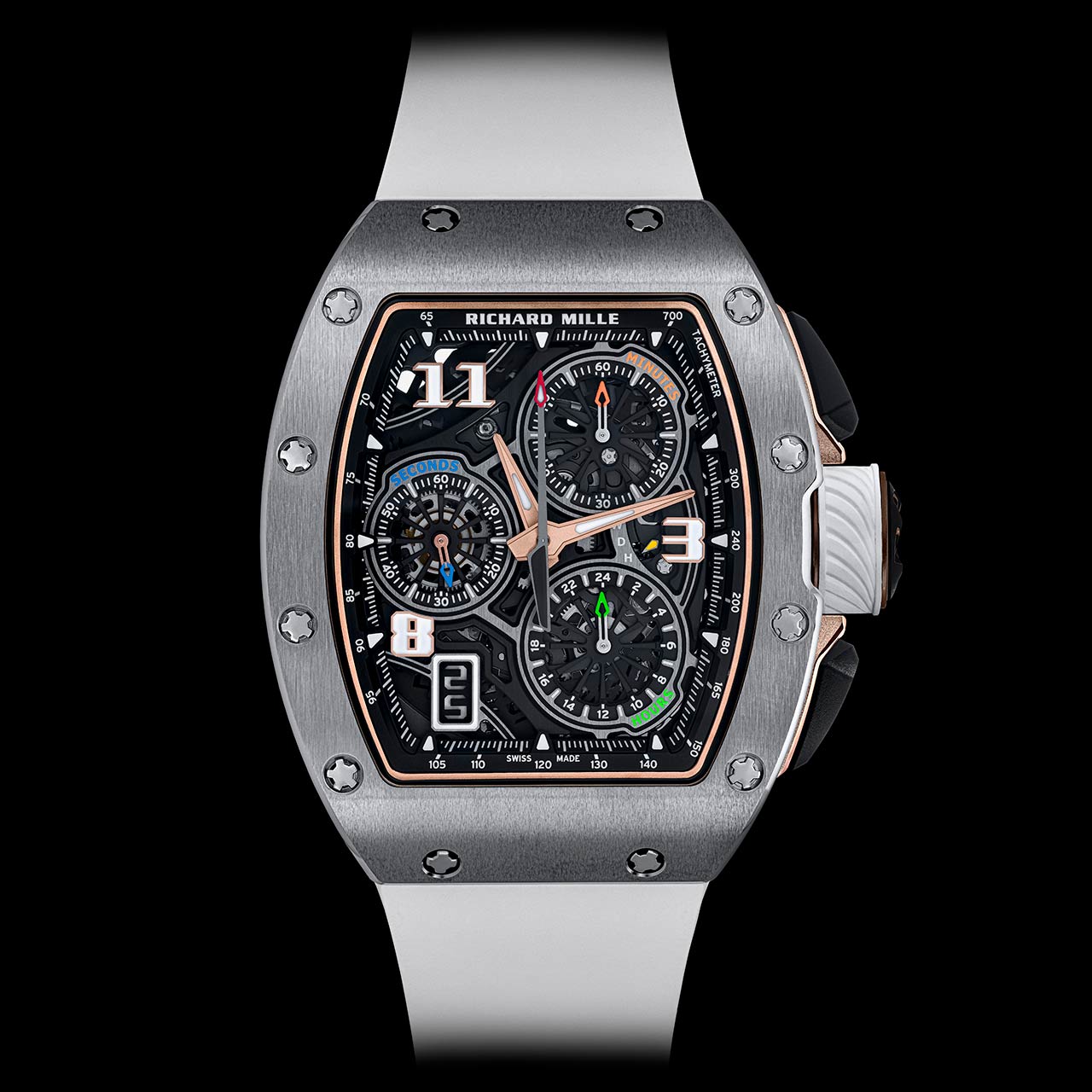 The new RM 72-01 Lifestyle watch has all the idiosyncrasies of a Richard Mille, that means the dial is needlessly complicated to look at, the hands are too narrow, and the case is a weird barrel shape with many screws on it. All these things work, though, they make the aesthetic of the watch. The tonneau shape is cool I think, and on a colourful rubber strap, the watch will undoubtedly stand out. 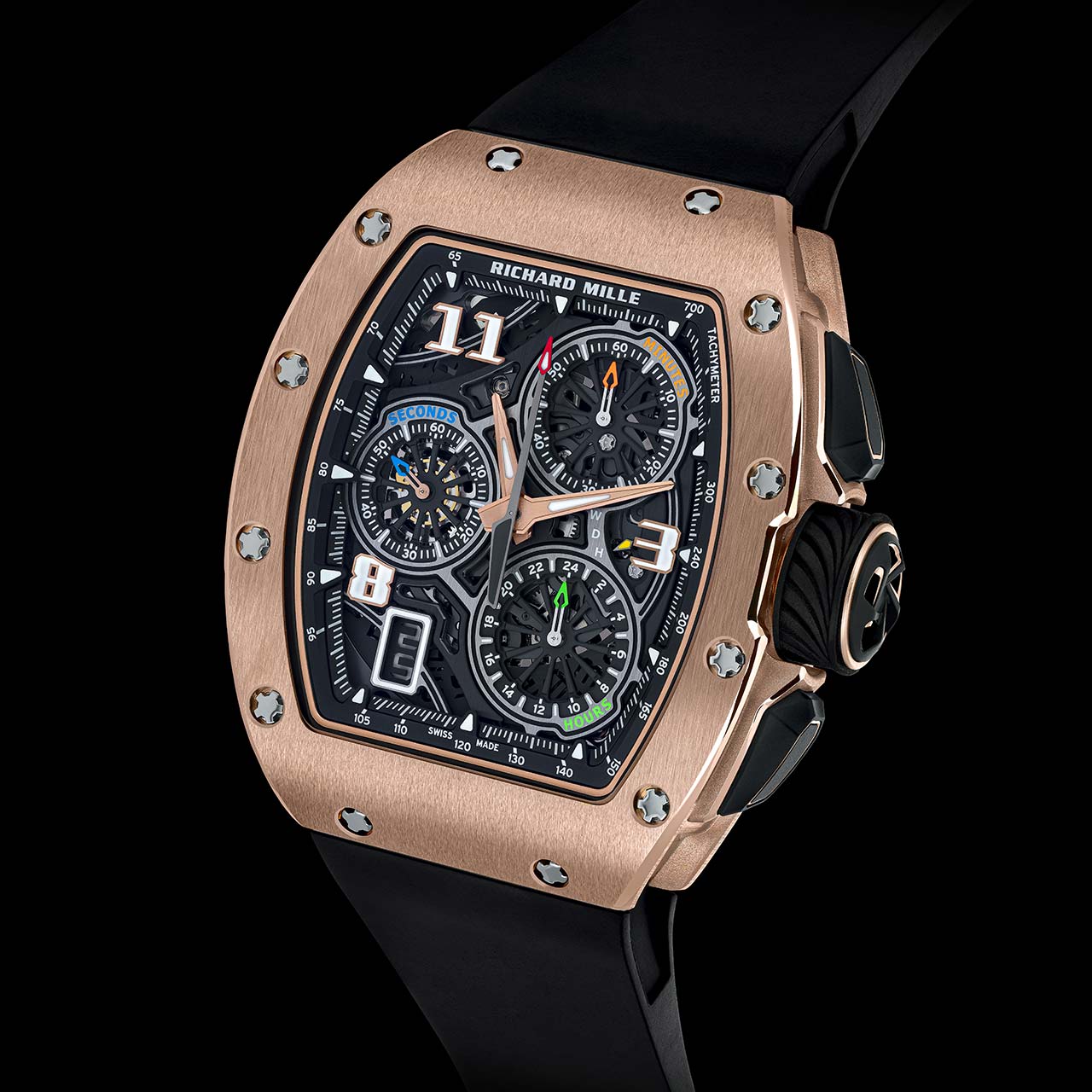 But the real work for this watch didn’t go into the aesthetics. Like with all Richard Mille watches, most of the work went into designing the movement. Specifically, the chronograph, which Richard Mille says it has improved upon with a new pinion-based mechanism replacing a vertical clutch. Using a column-wheel control system, a pair of pinions set on rockers operate the start, stop, reset and flyback functions of the chronograph. It’s not very well explained on their site, but they claim that this new mechanism is both smaller and less susceptible to shocks than a standard clutch design. It also takes its power directly from the mainspring barrel when in operation, meaning that the accuracy of the balance wheel isn’t affected when the chronograph is running. Richard Mille says that the power reserve of this watch is 50 hours, give or take 10%. There are even a date window and Incabloc shock protection for the balance wheel. 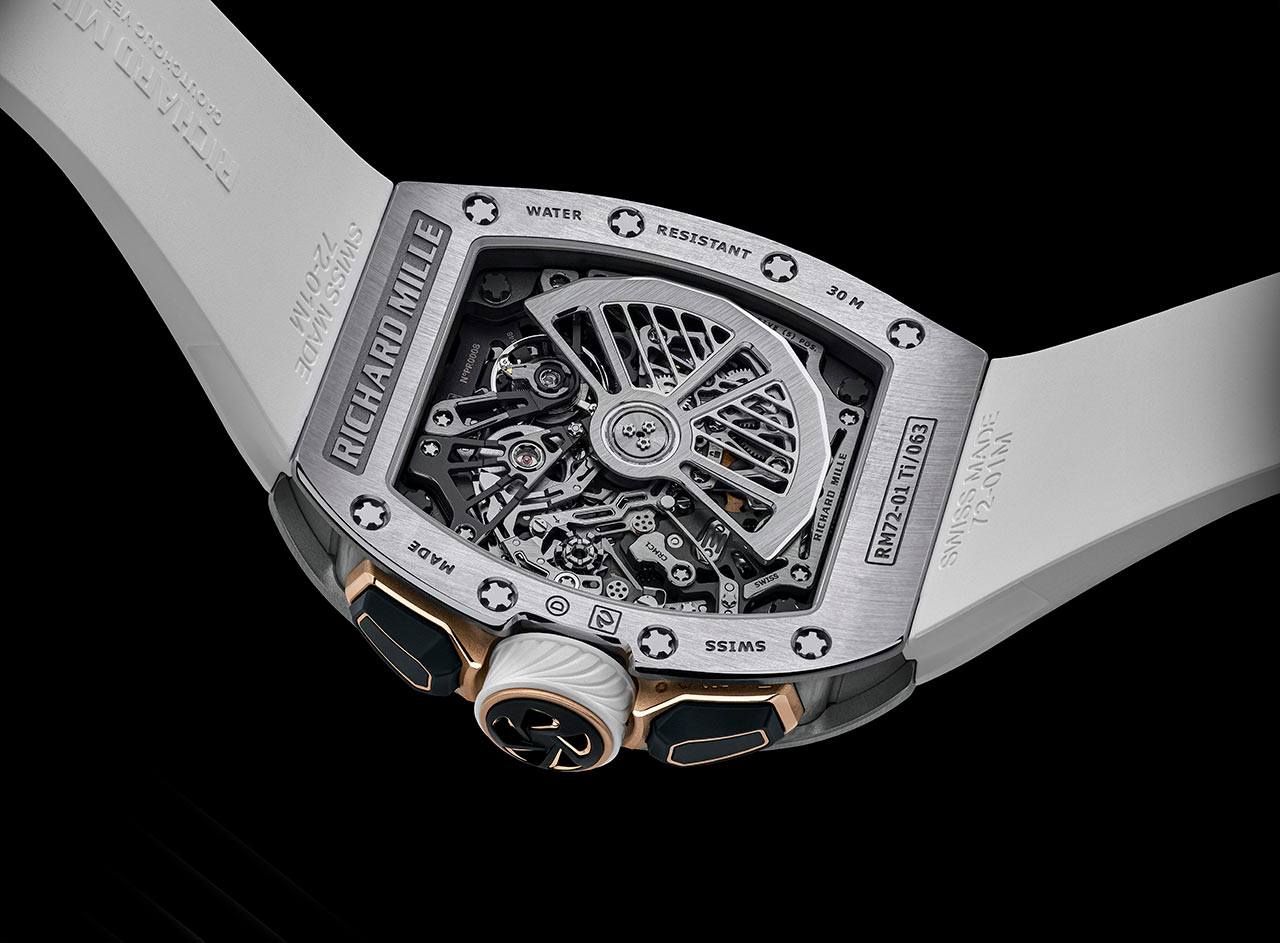 The calibre CRMC1 is a skeletonised movement with grade 5 titanium bridges and baseplate, the movement is automatic winding, but it does not seem to have Richard Mille’s adjustable rotor. The chronograph time is spread across three subdials which have a distinctive layout, and there is a function indicator around the three O’clock position to identify whether the crown is in the neutral, winding or time setting position. 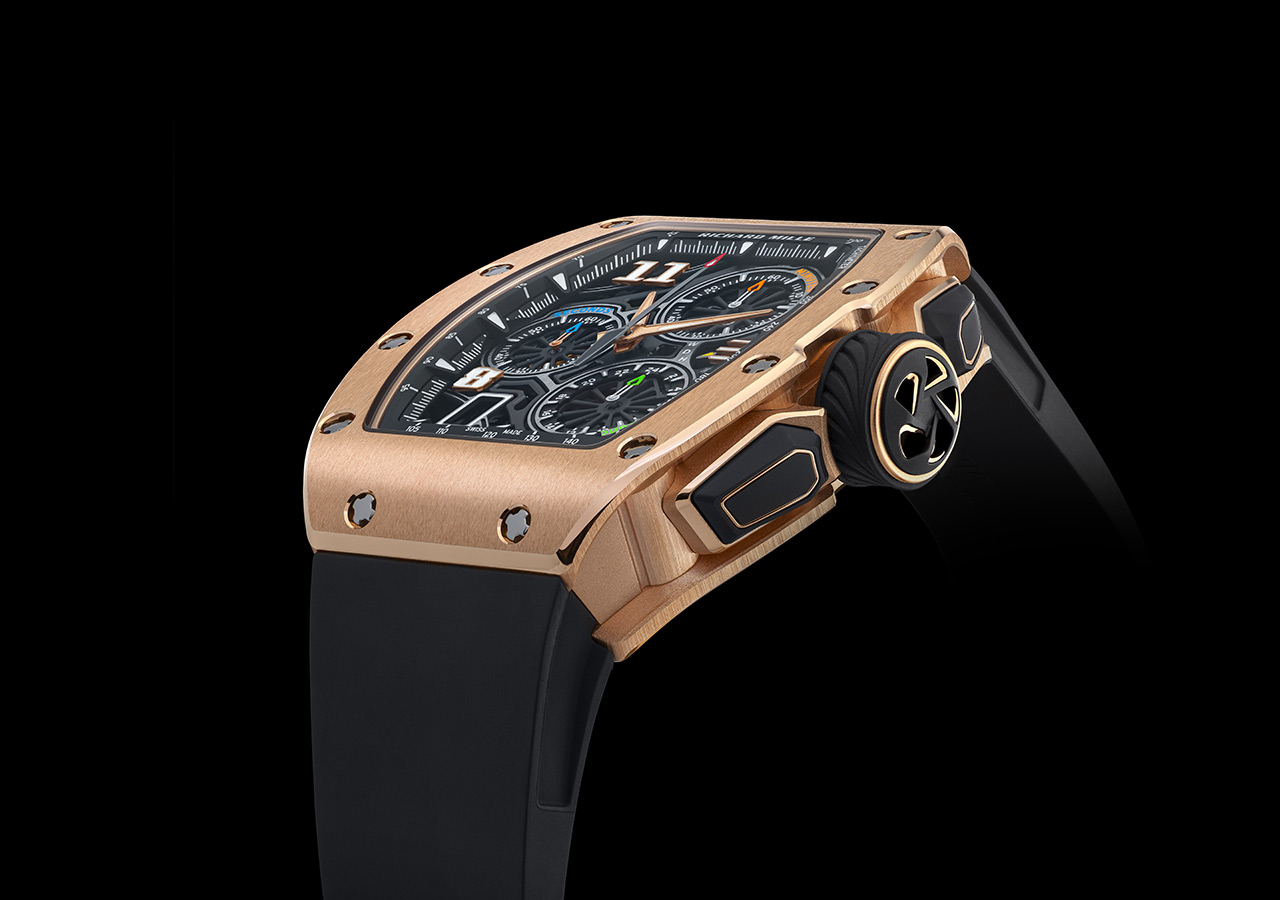 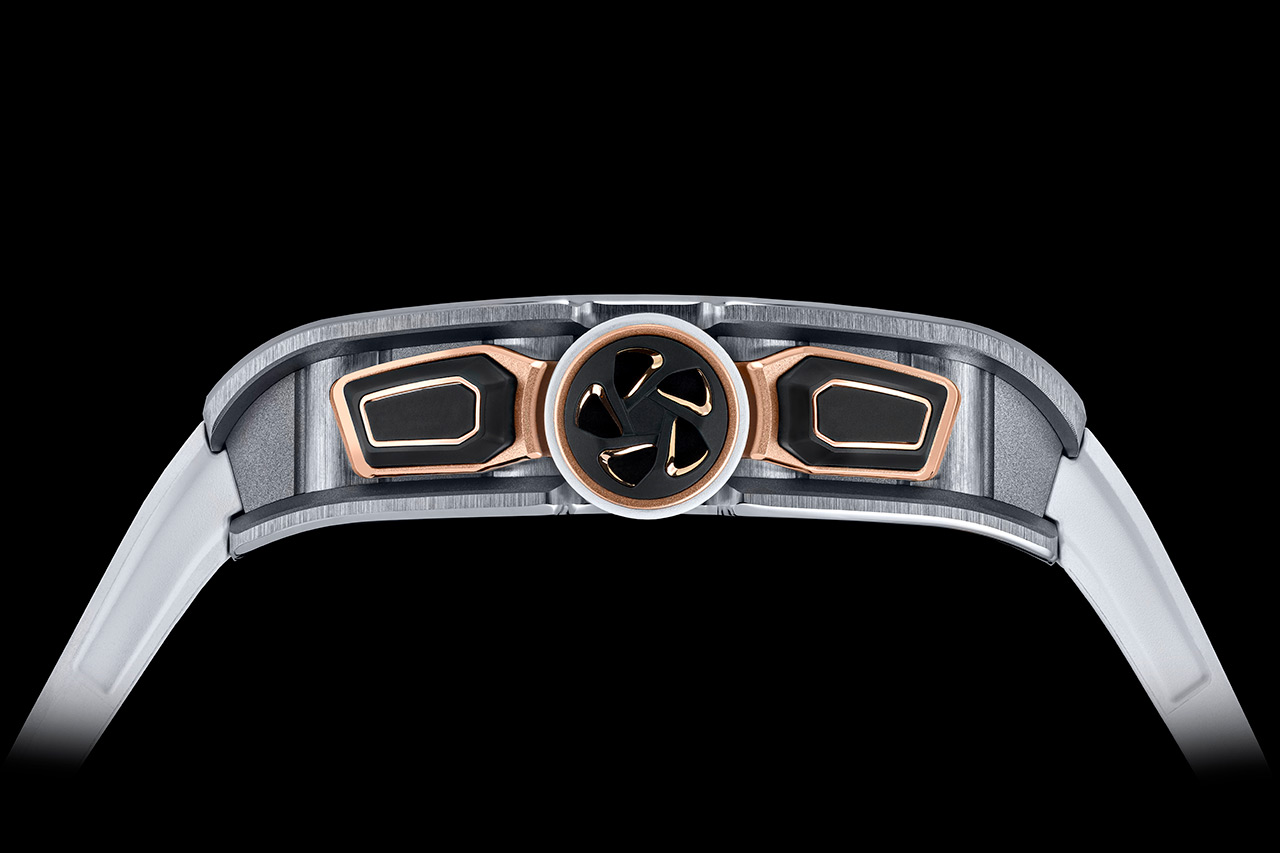 The case of the watch can be had in four different materials: white ATZ ceramic with gold caseband, black TZP ceramic also with gold caseband, grade 5 titanium or red gold. The cases measure in at 38.40mm x 47.34mm x 11.68mm and are water-resistant to 30m. For some reason, the crown seems to have the Star Alliance logo on it.