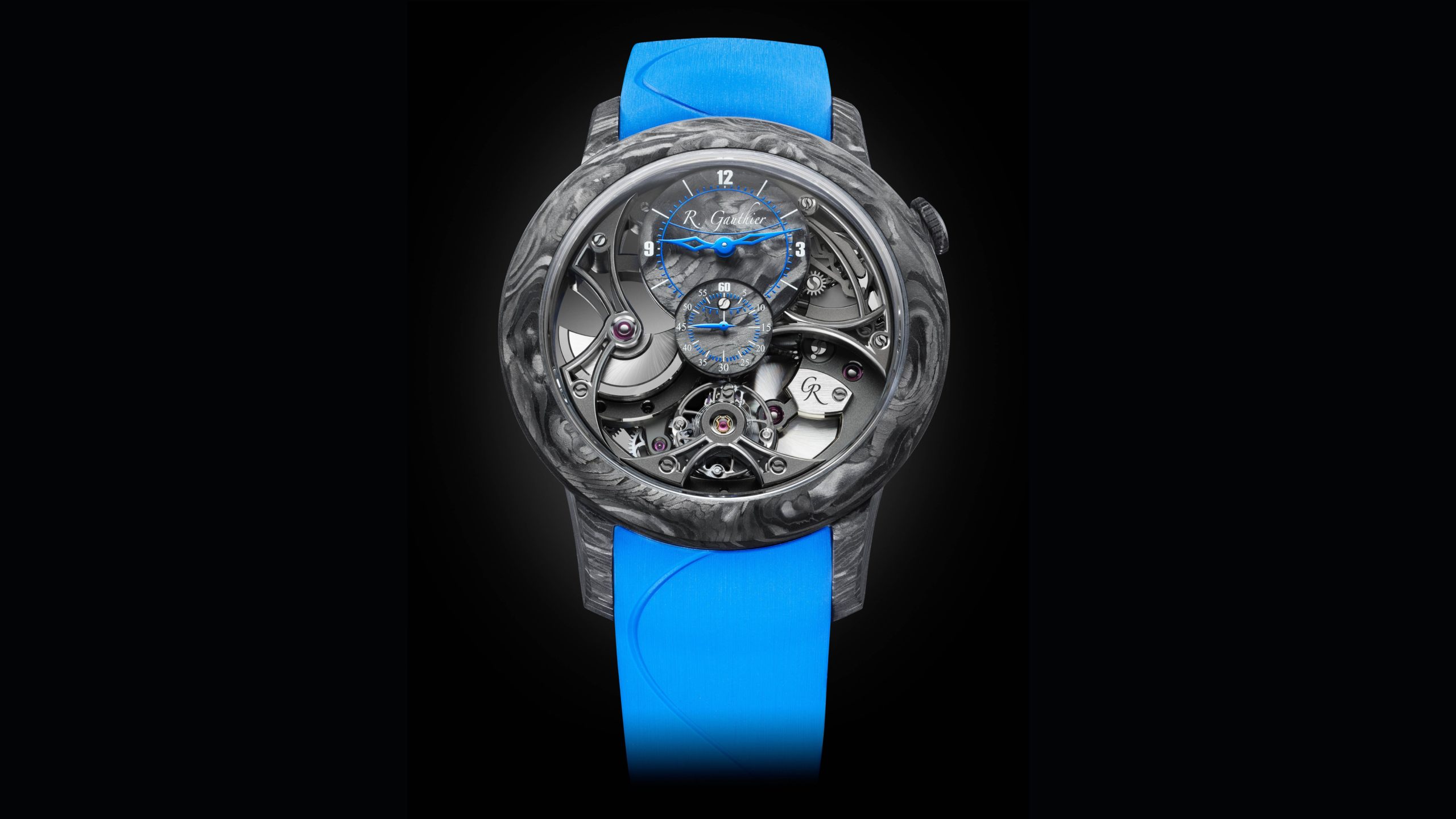 One of the independent watchmakers less frequently showcased on WristReview is Romain Gauthier (our last article on a watch of his was in 2019). That’s not intentional by us, we don’t have some secret “we hate Romain Gauthier” club that we go to sip booze and talk bad about watches, but it’s simply because Romain Gauthier doesn’t release very much. That means that when he does it’s even more special, and this new Insight Micro-Rotor Squelette is quite something indeed. 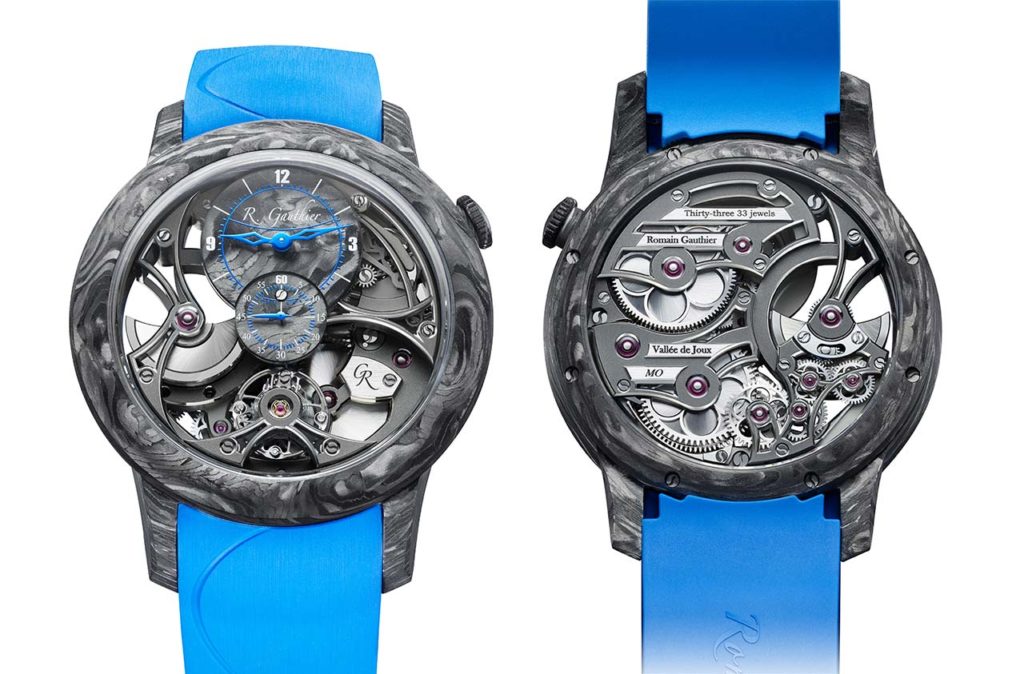 Born out of a necessity to make the already popular Insight even more popular, Romain Gauthier has taken a classic approach to improving the design and retaining the hallmarks of the collection by skeletonising the movement and using a new cutting-edge material for the case. Dubbed “Carbonium” by its manufacturer, Lavoisier Composites, it is made up of sheets of carbon fibre bound together by epoxy resin and combined using pressure. It sounds similar to Panerai’s Carbotech but it appears to be a lot more distinctive in its pattern, which is formed randomly when the block is made. Carbonium is both three times stiffer than titanium and also two times lighter as well and is ecologically sourced to boot. It can also be ordered in a variety of colours and can have gold embedded within the layers of carbon fibre and epoxy, so I think we could see more extravagant Insight models in the future.

It’s not like this one isn’t extravagant enough, though. But, extravagance isn’t the primary goal of this watch, showing off the internal components is. The Insight Micro-Rotor was used because it best fit the needs of a skeleton watch. Other models either had too much going on to be able to see anything happening, or they were so compact that it left too much space and could have seemed unsubstantial within the case. 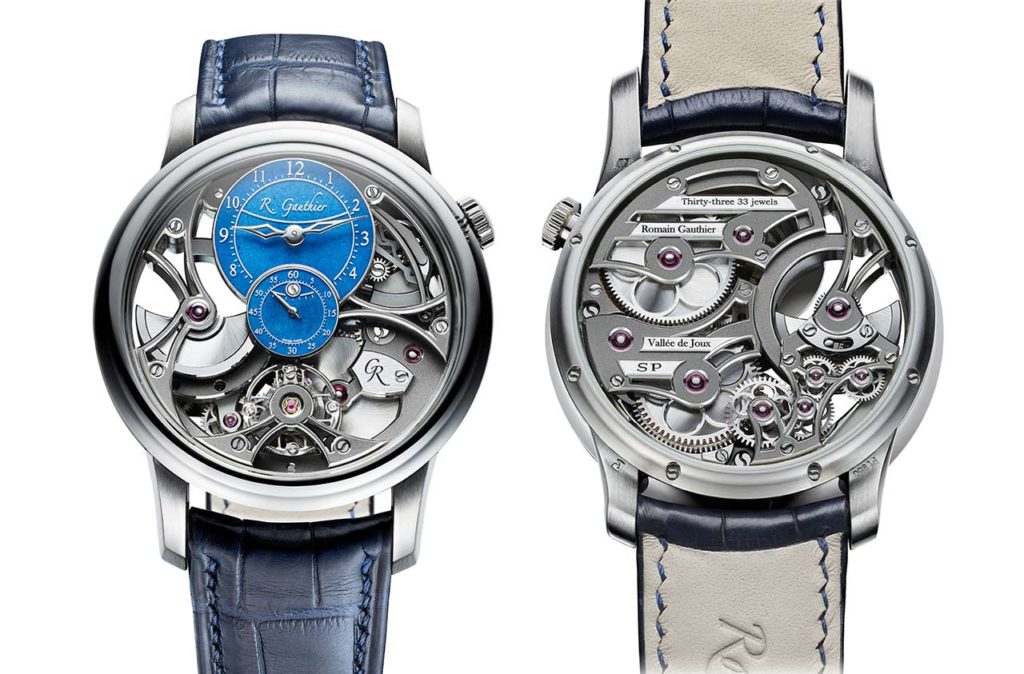 But, to make the Insight a skeleton watch that would last it required re-writing the book on how the movement is made. This movement isn’t made from brass, as most Swiss movements are, it would be too weak to support everything. Romain Gauthier instead opted for titanium for the plates and bridges. Doing that meant it would take a specialist a lot longer than usual to finish this tough metal to the same standards. All in all, some 250 hours alone are spent on filing, bevelling and polishing the bridges and mainplate for this watch, and that doesn’t include any finishing done to the top and bottom of these components.

That alone would be enough to sell this watch to the connoisseurs that can afford it, but the Insight takes it further still by allowing a degree of customisation. If you didn’t want the hand polishing on the bevels of the movement, you could request to leave it matte. If the 42mm Carbonium case is too big, then you can create a special order with them to have an Insight made of either titanium that comes in either natural or black DLC or made of precious metals like gold and platinum. These special order watches are smaller at 39mm in diameter. 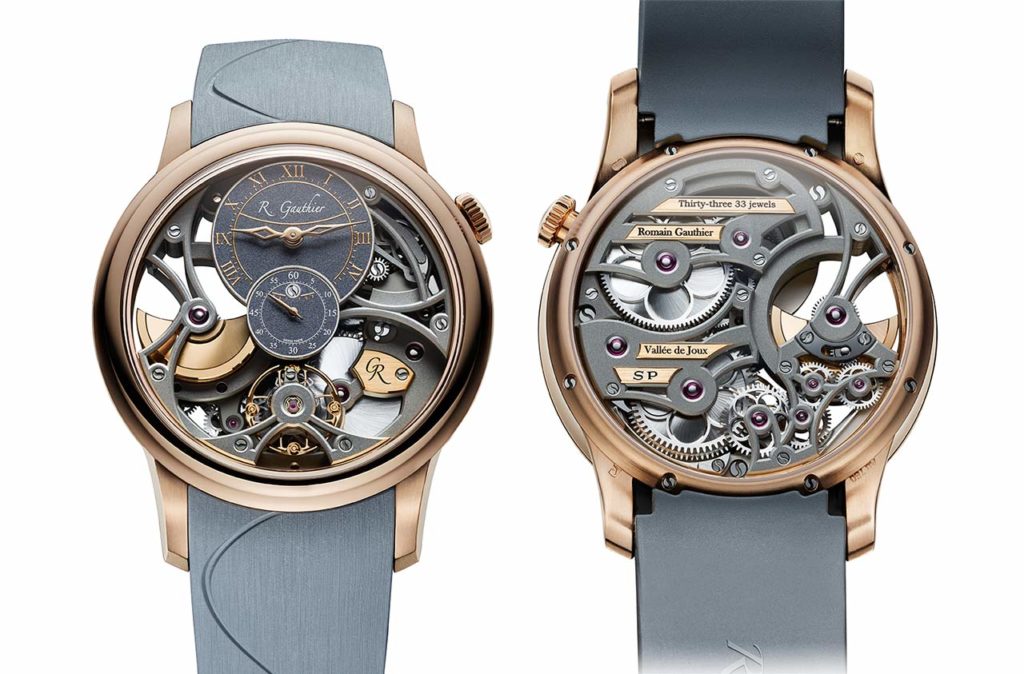 The Carbonium version will cost CHF 155,000, if you want a platinum version in a smaller case with hand bevelling on the movement you can expect to pay CHF 148,000. If you have a red gold version with matte finishing, then the price drops considerably to  CHF 108,000. We don’t have pricing for the titanium model, but it could be around CHF100,000.