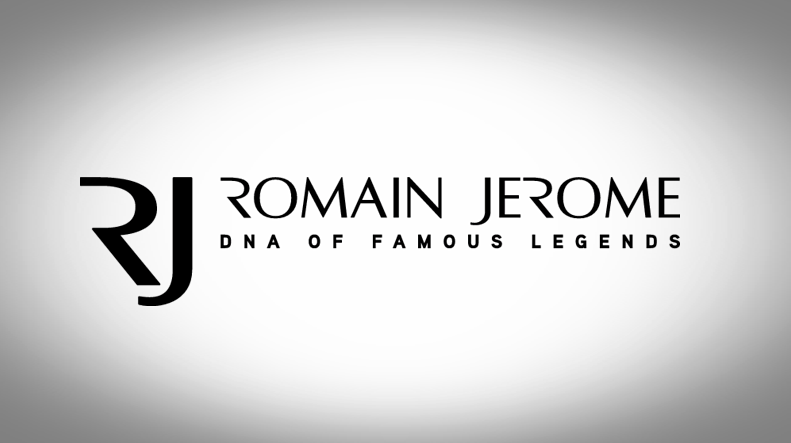 If there is a single boutique house from whom I would take just about any watch and absolutely adore, it would probably be Romain Jerome.  There is just something about the whimsy that is incorporated in a lot of the watches, coupled with some very unique choices in materials and a very masculine ascetic throughout the line.  Now, they do have a few misses in my eyes (I am looking at you Space Invader), but the 1969 Heavy Metal line of watches is certainly in the category of a hit for me.

For Romain Jerome, the watches actually are a bit understated, especially the grey silicium and meteorite versions of the watch.  About silicium, most people, especially in the US will be more familiar with the more modern name for the material, silicon, as in the same material upon which modern computing was built.  The dial of the silver, blue and brown silicium models are PVD treated, which creates a uniquely colored and patterned look to the watch.  The rest of the look is definitely understated for them, with a sub dial for the second hand at 9:00 that takes its design from the “visor used by the astronauts to guide the LEM safely onto the surface of the moon,”  Personally, I looked for images from the Apollo missions that match this description, and I can’t find this simple cross-hair pattern, but I still like the simple look.  The hands have subtle cut outs and are tipped with a blue Superluminova.  The clearest elements of the Romain Jerome DNA in the watch are the 4 “paws” that secure the bezel, placed as the extremities of the characteristic X that is seen through the brand.  Further details that tie this design to the moon landing are the markings on the side of the crown, representing the foot pads of the LEM, and the medallion on the case back that recreates the lunar surface.

The most unique of the watches is the Meteorite, which utilizes a polished disk of material from a meteorite for the dial, with a ring of rhodium for the chapter ring.  The specific type of meteorite used, a chondrite, are found in bodies formed in the earliest days of the solar system and never incorporated into any body large enough to melt.  This creates unique patterns in the material as various metals cool slowly, forming long crystal structures.

Each of the models are a limited edition of 99 pieces and the coloured Silicium versions retail for 8’990 CHF and the Meteorite model is CHF 9’990.