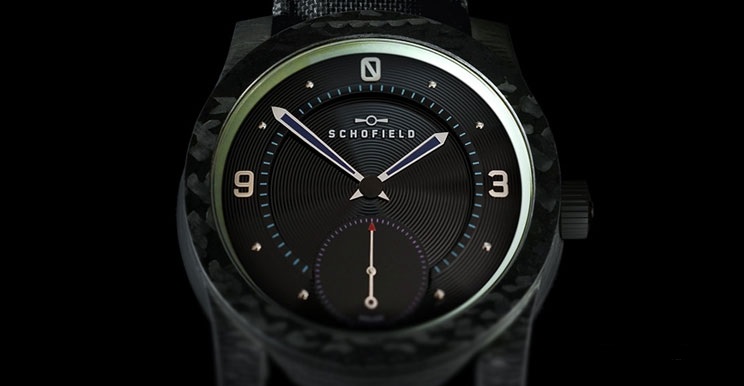 Schofield is a small boutique watchmaker in the UK that has taken it’s inspiration from the great lighthouses that dot the British Coast.  Right now, they are running a contest and are giving away the last Signalman DLC (Diamond Like Carbon).

You can enter here: http://schofieldwatchcompany.com/competition-last-dlc/, but please don’t, I really want to win that watch. 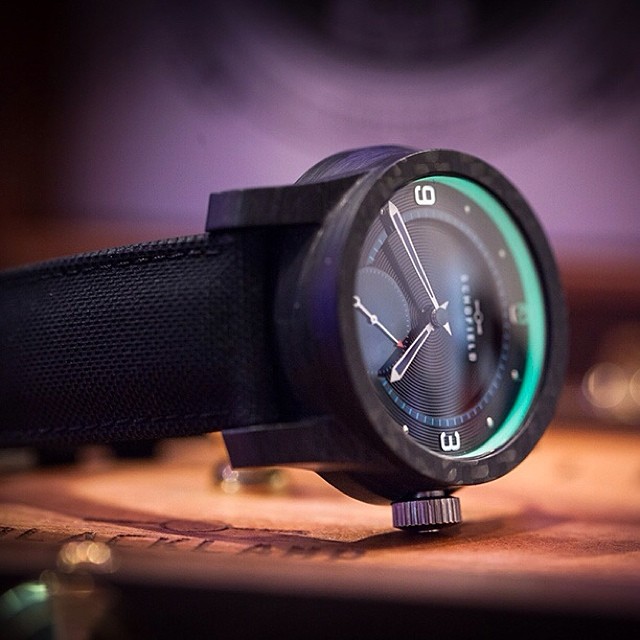 But this post is not about the DLC, as lovely as it is, because it is sold out.  You can still purchase the stainless version of the watch, but I wanted to highlight another very limited edition watch, the Blacklamp Carbon (http://schofieldwatchcompany.com/shop/schofield-blacklamp/). Schofield is producing just 101 of these watches, each one corresponding to a specific lighthouse.  The watch really is gorgeous, and is a very unique mix of modern materials with the heart of a manually wound movement and soul of those very old early warning devices, a lighthouse.  As with lighthouses (and the rest of the Signalman line) , this watch does stand tall at 15mm, but is not overly large by modern standards, coming it at 44mm. 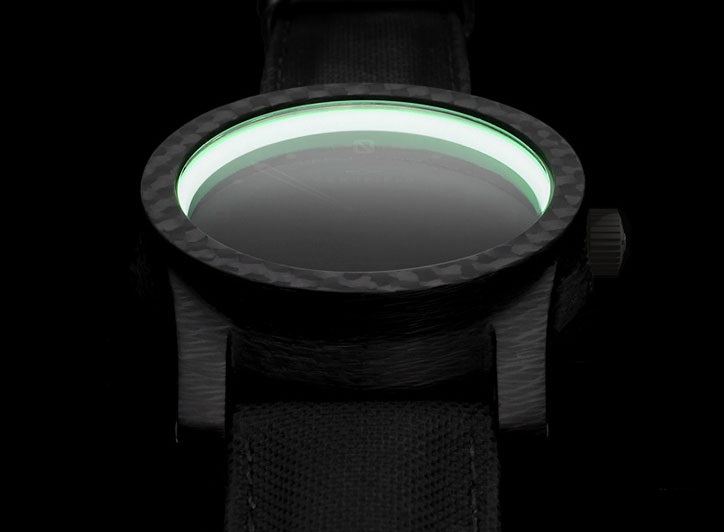 The case itself is machined from a hand laid blank of carbon fiber, so the entire case, lugs included, are a single unit.  Due to the uniqueness of the carbon fiber layers, each watch case will contain subtle variations from the rest of the run.  The design of the dial is certainly in the same family as the Signalman, but is unique from that watch in several ways.  First, because of the movement, the sub dial at 6:00 is a second hand, not a GMT; the power reserve in the logo at 12:00 is replaced with just the logo; and there is no date.  The fonts are the same, though the Blacklamp’s are lighter, and the chapter ring is still stepped away from the rest of the dial, giving a nice depth to it.  The Blacklamp also is grooved with concentric circles, adding to the depth, and a dot of Tritium is placed on the crown to give a bit of glow from under the cuff. 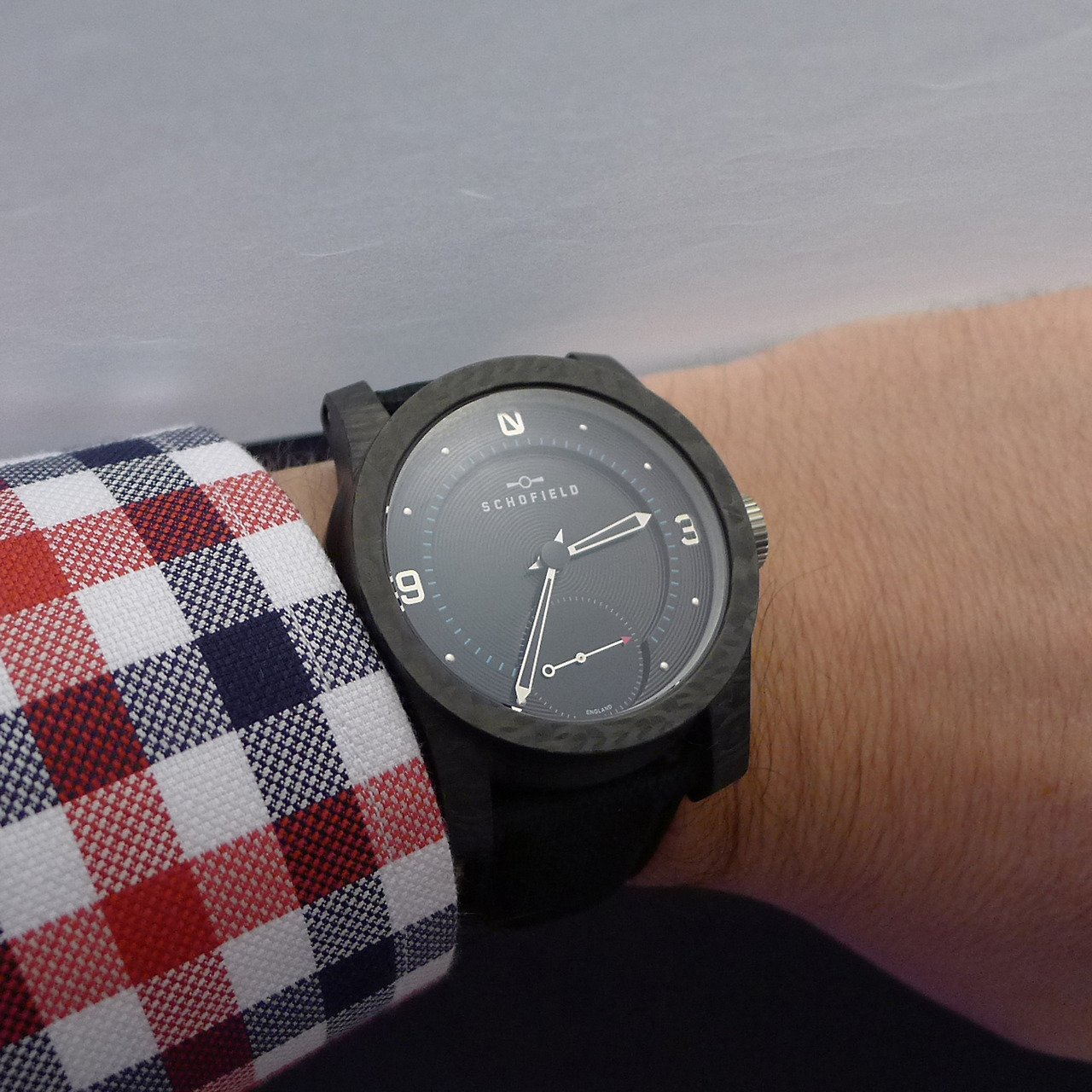 But the real star of the dial is the ring of “Moonglow” strontium aluminate which illuminates the watch in the dark.  Either through stored energy, or activated by the included special 500 lumen torch, the ring of lume will give a brilliant glow.  It probably is not the best choice for sneaking about after dark, but it will light the way. 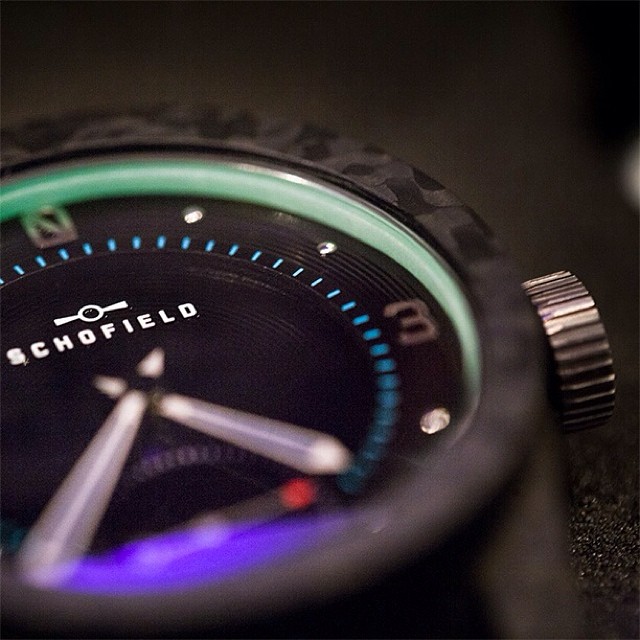 The movement is a manually wound Unitas 6497-2 movement with a custom hack and decorated with broad Geneva stripes and heavy rhodium plating., all visible through the exhibition case back.  The rear of the watch also includes the latitude and longitude of the lighthouse from which your specific watch takes its name and inspiration.  The watch is rated to 300 meters.  Price: £9,900.00 schofieldwatchcompany.com 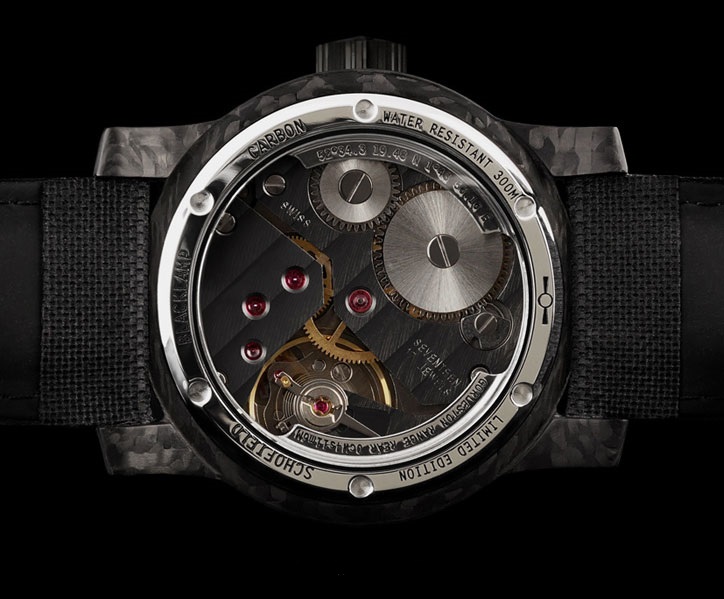