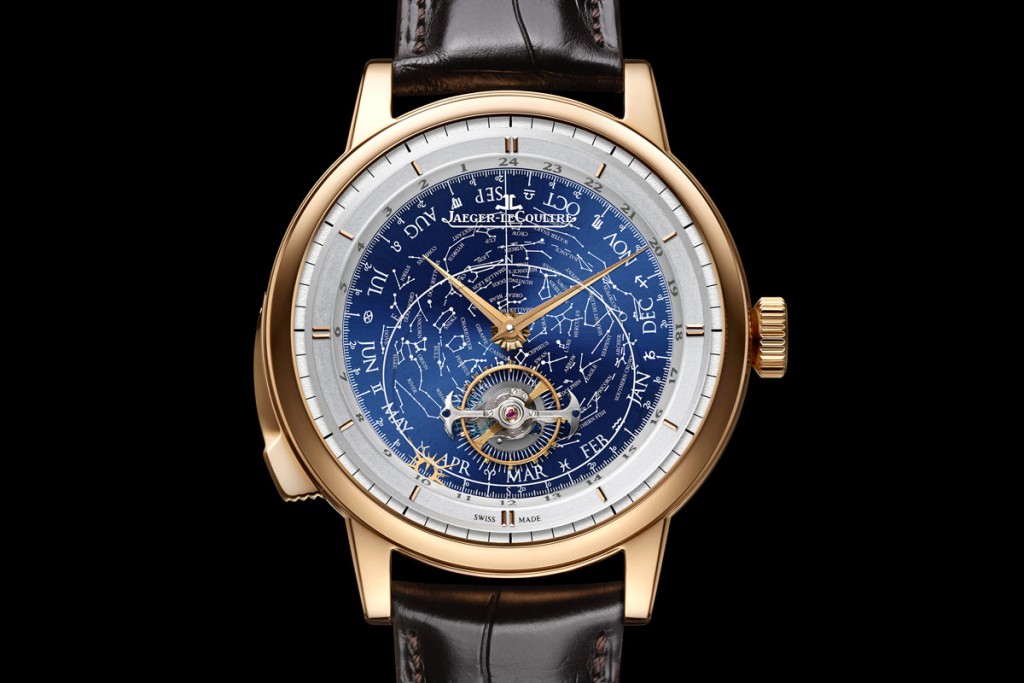 The Jaeger-LeCoultre Master Grande Tradition Grande Complication is a masterpiece. Clues to this title include the hand painted dial which has a map of the night sky with all the constellations joined together and helpfully named as well. There’s also the months on there as well as a 24 hour ring. 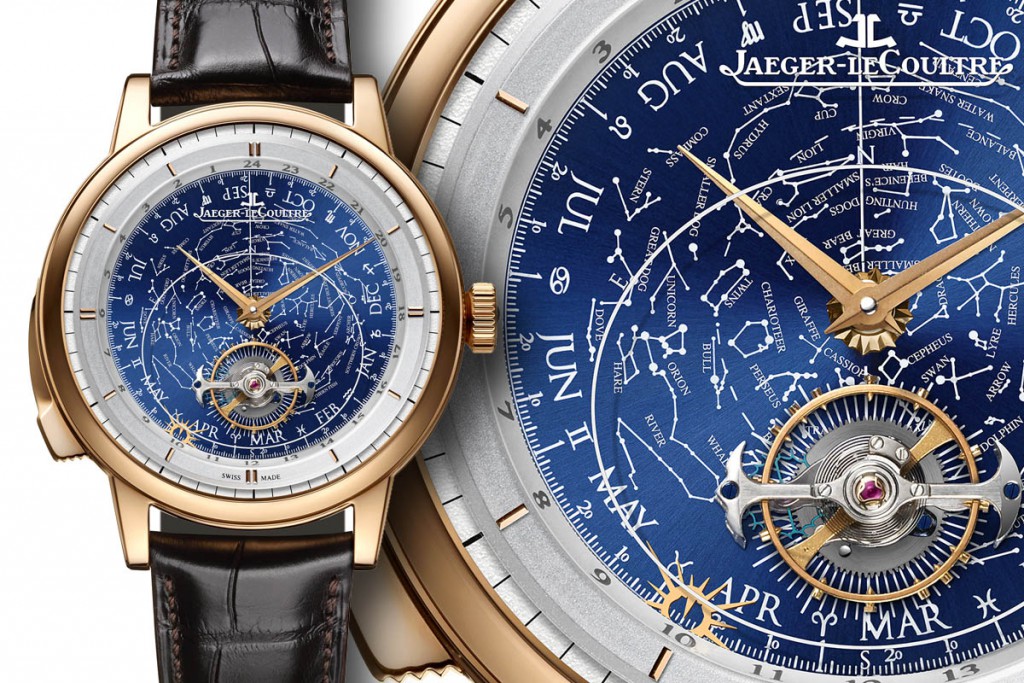 I’ve spoken many a time about depth in a watch (mostly regarding Lange movements), this dial arrangement has the same thing going on with it. Both the tourbillon and the hands are extended above the dial, the Jaeger LeCoultre logo is etched on the glass and there’s a floating sun which is the 24 hour marker as well. If you want to observe the universe, start by looking here. But one must ask, “did Jaeger LeCoultre really give their watch such a long name for that?”.

Of course they didn’t. Not only do parts of the dial move around in a lazy way, not only is there a tourbillon calendar setup here, but there’s also a minute repeater hidden away in there. That’s what gives this watch the name, the most complex of complications. The gongs of the watch are tucked up neatly behind that raised edge around the inside of the watch case, which means they’re in a prime location as they’re sat right next to the most sonars of watch making materials, gold. 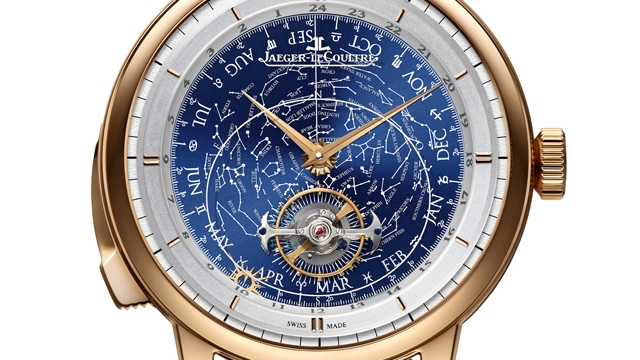 You can instantly recognise this watch as a minute repeater piece by the slider on the side, which is used to start the process of turning mechanical positions into noise using absolutely no electronics whatsoever. This is handy at night as the dial doesn’t glow in the dark. However it may be a bit fiddly so we don’t recommend trying to operate it one handed while driving a car.

The Jaeger LeCoultre Calibre 945 hand wound movement in this watch consists of 527 parts in total, all of which are hand designed, made, decorated and assembled in house in Vallée-du-Joux in Switzerland. It’s power reserve is around 40 hours and due to the silicone escapement in it it’ll actually be pretty low maintenance for a watch of this caliber. Also note that it’s 45mm across so it may be more suited to cruising the Amalfi Coast in a Bentley Grand Convertible instead of timing board meetings. For more info, please visit jaeger-lecoultre.com