Introducing the new LUMINOR SUBMERSIBLE 1950 CARBOTECH 3 DAYS AUTOMATIC 47mm timepiece direct from SIHH 2015. First launched in 2010, the Panerai Luminor Submersible was an instant hit with many collectors and enthusiasts alike with a case made entirely of bronze and an enormous case size that appealed to people like me that love wrist presence. Forward to 2014 and Panerai is pushing forward with the new Luminor Submersible 1950 Carbontech 3 Days Automatic. 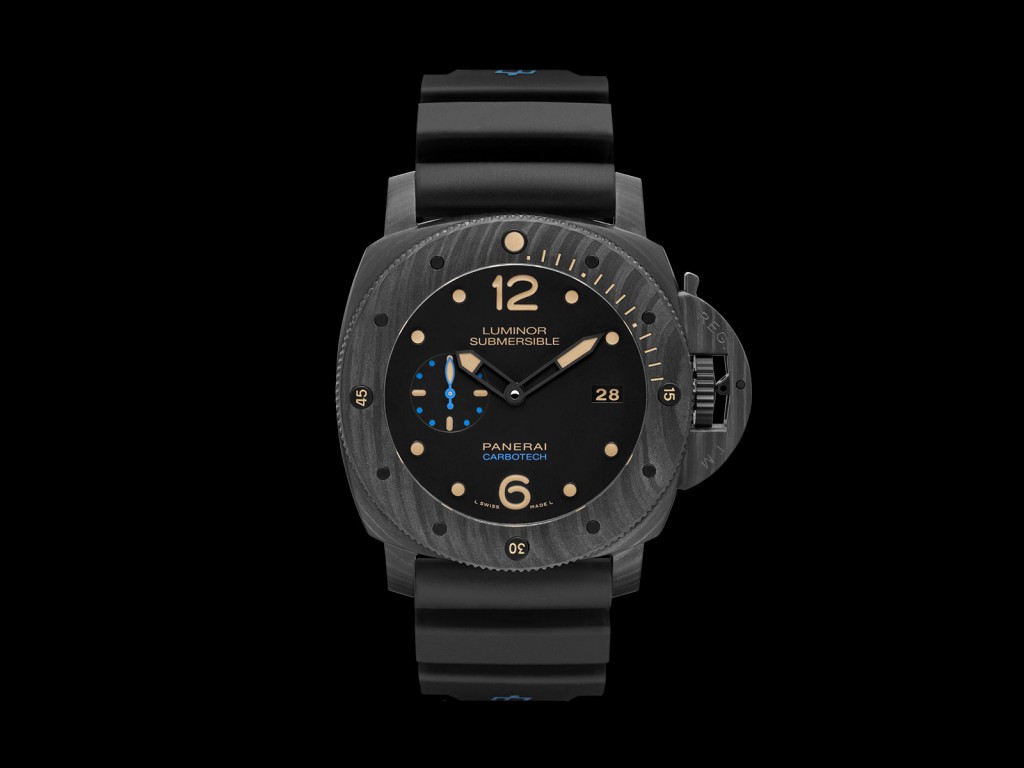 The new Carbontech material is a technical innovation and is designed to enhance the aesthetics and the performance of the structure whilst providing a beautiful looking finish in various shades of grey. Carbontech as explained to us is a composite material based on carbon fibre, a new watchmaking first that has been constructed by using layer upon layer of carbon fibre that is pressed at a controlled temperature under high pressure. Together with the use of high-end polymer (PEEK), they are combined to create this strong and durable material.

The rest of the timepiece features what you would find on any Luminor Submersible with the always efficient P.9000 automatic calibre movement at the heart of the piece and a strew-in caseback that has “Florence 1860” engraved on it as a sign of its heritage. 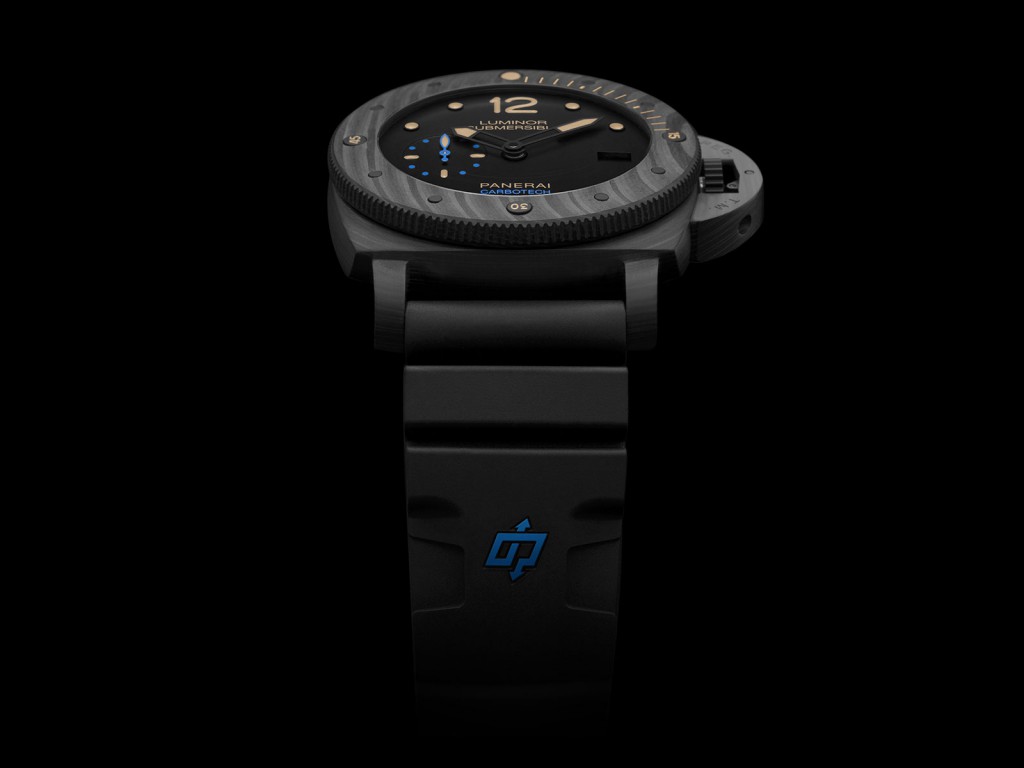 Identified as the reference PAM00616, the new Luminor Submersible 1950 Carbontech comes fitted with a black rubber strap, personalised for the first time by the OP logo in Panerai blue. 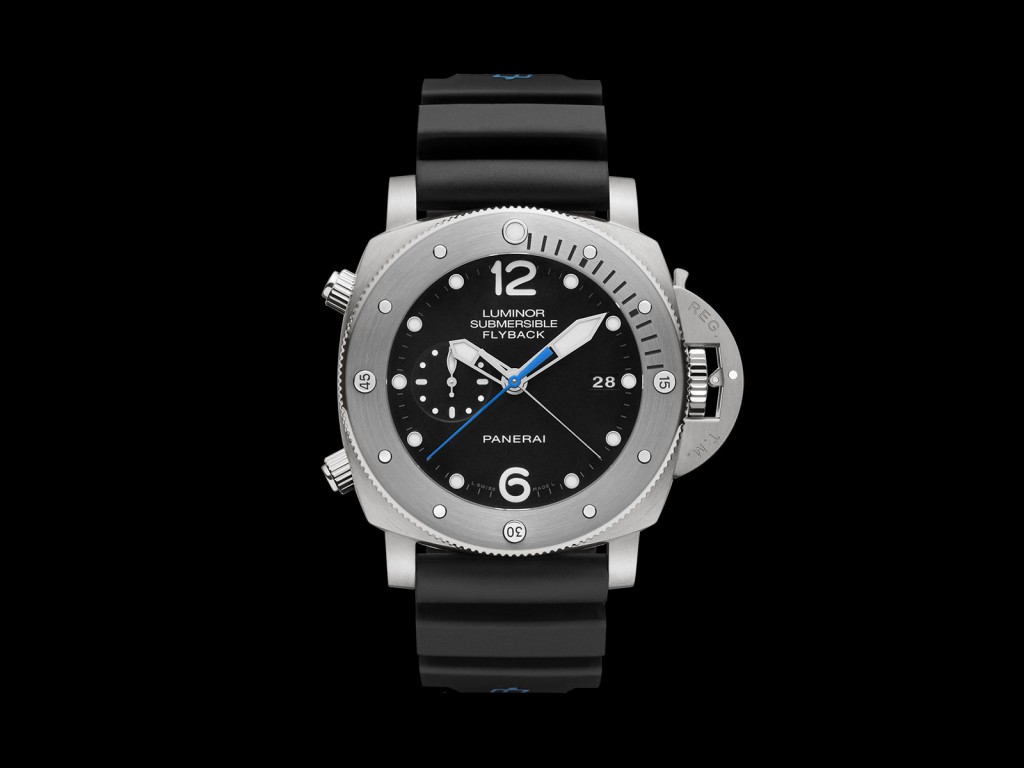 Up next is the Panerai LUMINOR SUBMERSIBLE 1950 3 DAYS CHRONO FLYBACK AUTOMATIC TITANIO 47mm timepiece that comes in 2 different albeit very nice finishes. Finished using brushed titanium, the Submersible 3 Days Chrono Flyback features all the similar markings and aesthetics as the previous submersible models with one major difference, the introduction of a flyback chronograph. Also known as the “retour en vol”, the flyback chronograph function enables the timepiece to be zeroed and instantly restarted by a single pusher, without the need to stop it then restart it with another pusher. In this particular model, the push button which controls the stopping and starting of the chronograph is at 10 o’clock, while the push button at 8 o’clock operates the flyback function and zeros the chronograph hand after it has stopped. 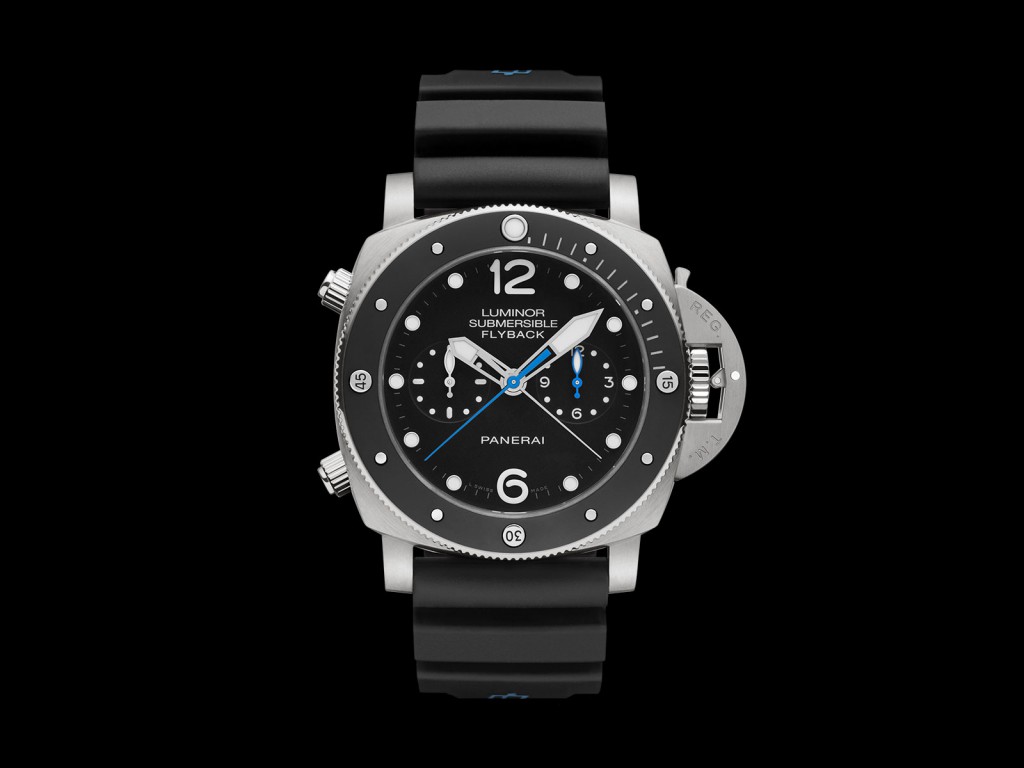 There are 2 different variants available, one with a brushed titanium bezel (PAM00614), and the other with a special bezel also made of titanium to which a matt black ceramic disk is applied, with linear markers and dots also in titanium (PAM00615). Both models are equipped with the same P.9100 calibre automatic movement developed in-house by Panerai and also used the same black rubber strap as with the previous Submersible (PAM00616). 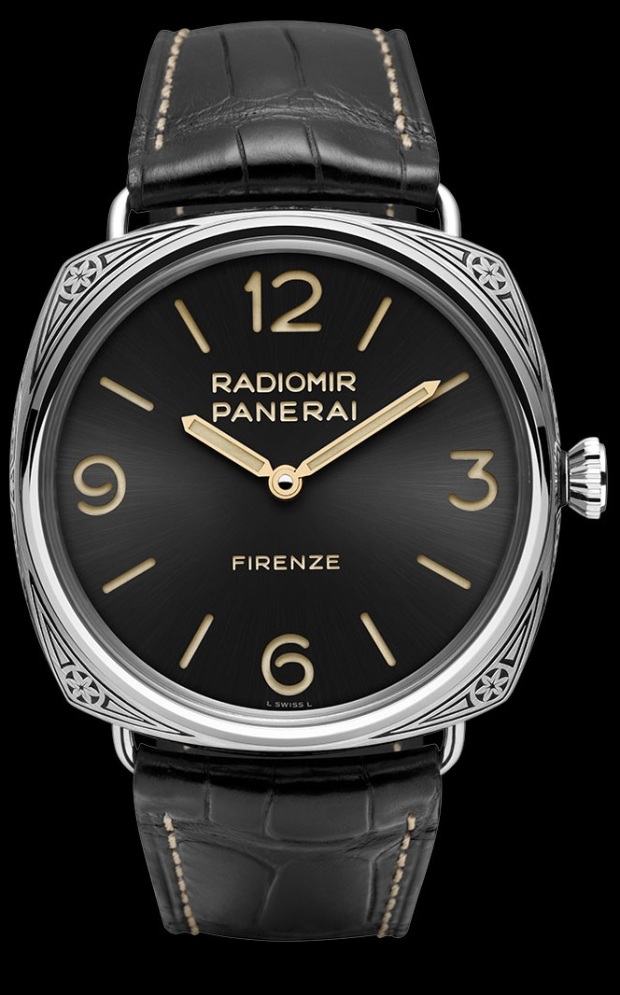 One of the standouts from Panerai this year, the new Panerai Radiomir Firenze 3 Days Acciaio 47mm that comes fully engraved and detailed straight from the Manufacture. Entirely crafted by hand, the new Radiomir Firenze 3 Days Acciaio is limited to 99 pieces and for good reason. They are each hand crafted so no 2 pieces are identical and it will be sold exclusively at their historical Florence boutique in Piazza San Giovanni, Italy. The engravings were chosen to resemble the marble facades of the churches of Florence to create a beautiful and historical timepiece that shows off not just the skill involved in engraving but also the history of the city in which the watch was born.

Beating inside is the Panerai hand-wound P.3000 calibre movement designed and manufactured by Panerai and can be admired through the sapphire crystal caseback. A beautiful example of craftsmanship and history. 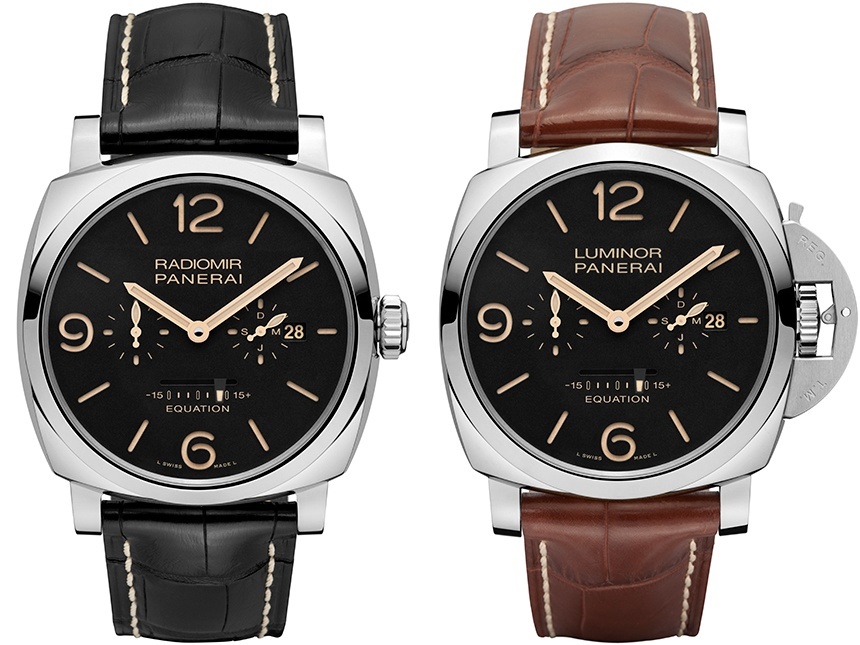 Also unveiled this year were the new Radiomir 1940 and the Luminor 1950 Equation of Time 8 Days Acciaio timepieces. Using the fascinating and most classic astronomical complication, the Equation of Time, the new Equation of Time 8 Days lets you keep track of what is called solar time. Because of the elliptical orbit of the earth around the sun and the axial tilt of the Earth’s rotation, the duration of a day measure 24 hours on only 4 occasions a year, while all the other days have a time difference of between plus or minus 15 minutes. Here is where the equation of time comes into play and lets you tell the time relative to the given day depending on the solar time and not your usual mean time, which varies.

Panerai has released 2 variants of the Equation of Time, the first being made with a Radiomir 1940 case and the other with the Luminor 1950 case as previously mentioned, with both utilizing the same black with classic sandwich structured dial. The movement used for these particular pieces is the Panerai hand-wound P.2002/E caliber movement and both timepieces are finish in stainless steel.

Lastly but certainly not least is the beautiful Panerai Mare Nostrum Titanio 52mm timepiece that’s been reborn and delivered with absolute beauty. For a full run down of the Mare Nostrum just follow the link provided and enjoy the latest that Panerai has to offer straight from SIHH 2015. Read more about this model.