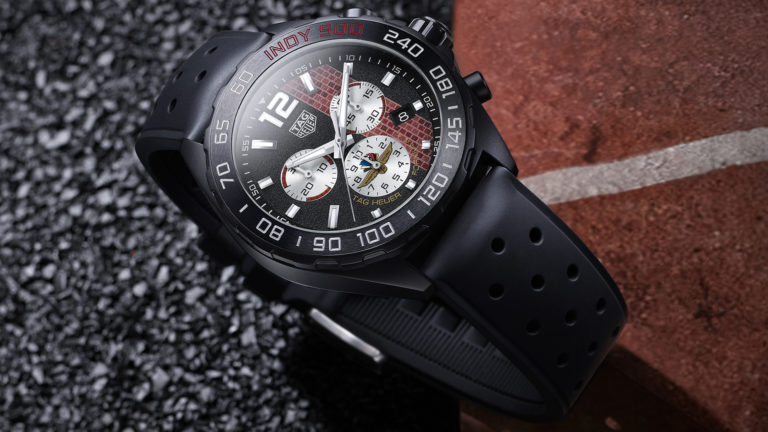 In an effort to dominate absolutely every motor racing event it possibly can, TAG Heuer has brought us its 2020 special edition dedicated to the Indianapolis 500. The Indianapolis 500, known colloquially as the Indy 500, is one of the “Holy Trinity” of motor races alongside the Monaco Grand Prix and the 24 Hours of Le Mans. Despite the race being postponed to this Sunday (23rd of August), then enthusiasm for the race hasn’t dropped at all. The lack of race on the normal day due to Covid-19 has only stoked the fires of excitement. 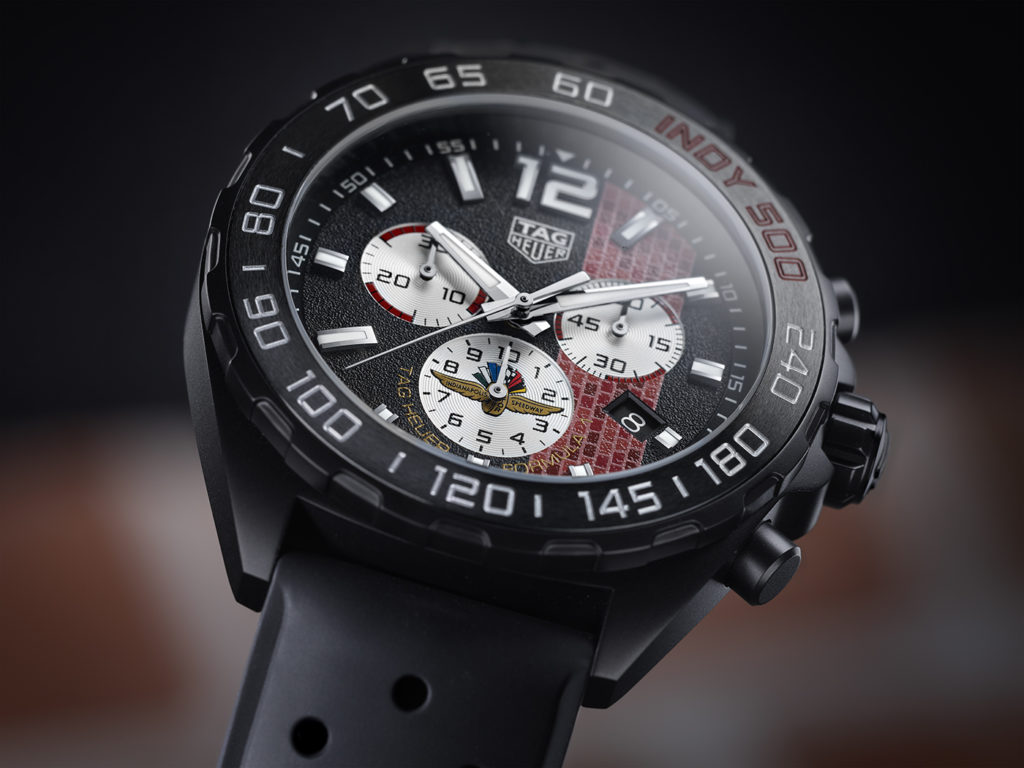 The watch is based on an existing model from the TAG Heuer range, the popular Formula 1 line. To make it stand out from the rest of the lineup, the watch has been given a bead-blasted black DLC treatment to make it appear stealthy and unique. The bezel has all the markings of a tachymeter bezel along with a red ‘Indy 500’ motif. You’ll find a matching Indy 500 style engraving on the back, one which has the original date written on it. For some reason, the caseback hasn’t been given the same black DLC coating, we don’t really have an answer for that one, but it looks a little out of place. 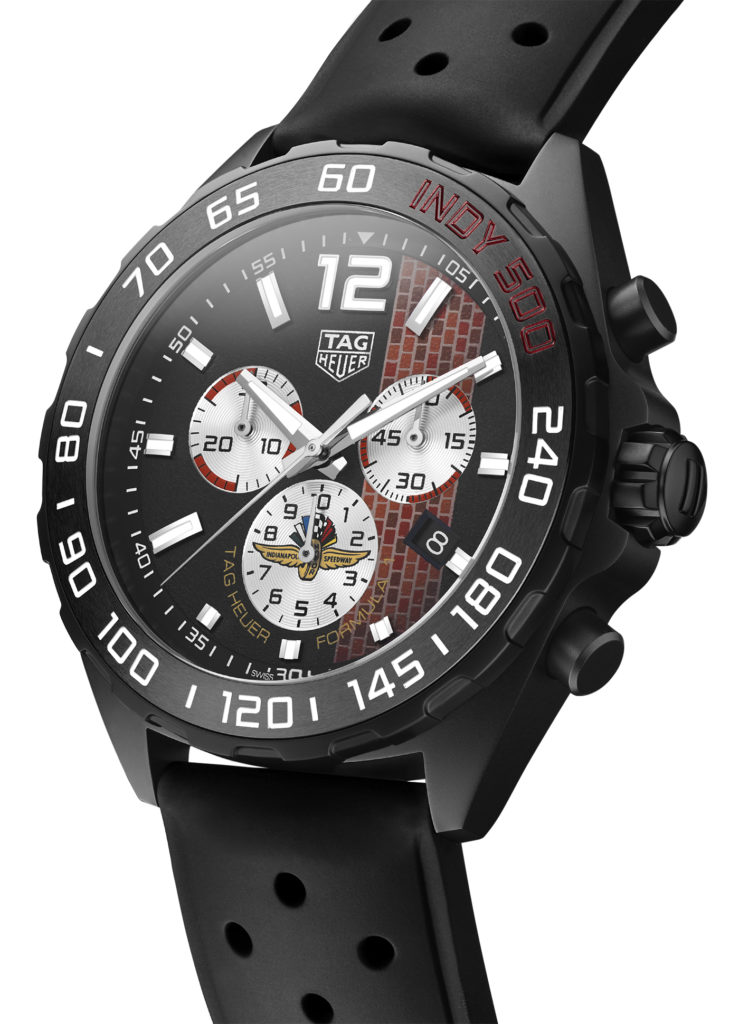 What’s more eye-catching, though, is the dial. The silver subdials featuring a guilloché finish called azurage have red accents to mark out the scales easily for the wearer. In contrast, the chronograph hour timer has the logo of the Indianapolis Motor Speedway, the home of the Indy 500, on it. The dial itself is black with a heavy grain texture that’s supposed to emulate the tarmac of the track. The main feature, however, is the line of bricks across one side, this represents the start/finish line of the Indianapolis Motor Speedway, which is a section of the original brick surface from back in the day when motor racing was extremely dangerous. 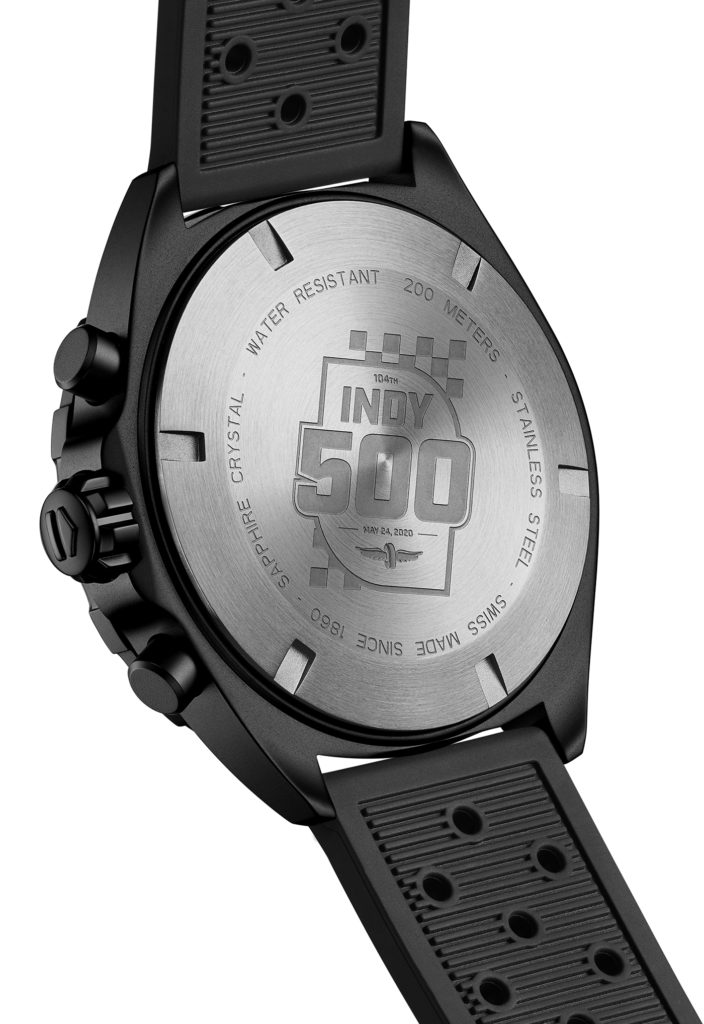 Inside the case is a quartz calibre of some description. No, seriously, that’s it. TAG Heuer isn’t saying any more than that other than it has a chronograph and date window which we can already see. It will be accurate, though, if that’s of any use to you. 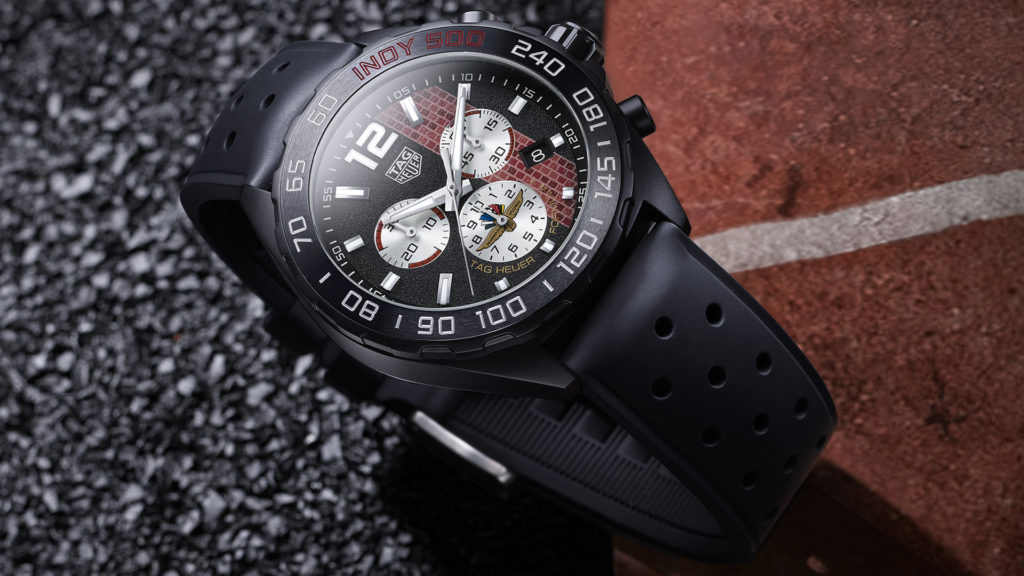 Despite this being a gussied-up TAG Heuer special edition watch, the asking price is $2050, or £1750, which is quite reasonable. The case is 43mm in diameter and water-resistant to 200m. One thing TAG Heuer has said is that this is a special edition piece, limited to only 1500 pieces if you can call that special outside the strictest definition of the word.