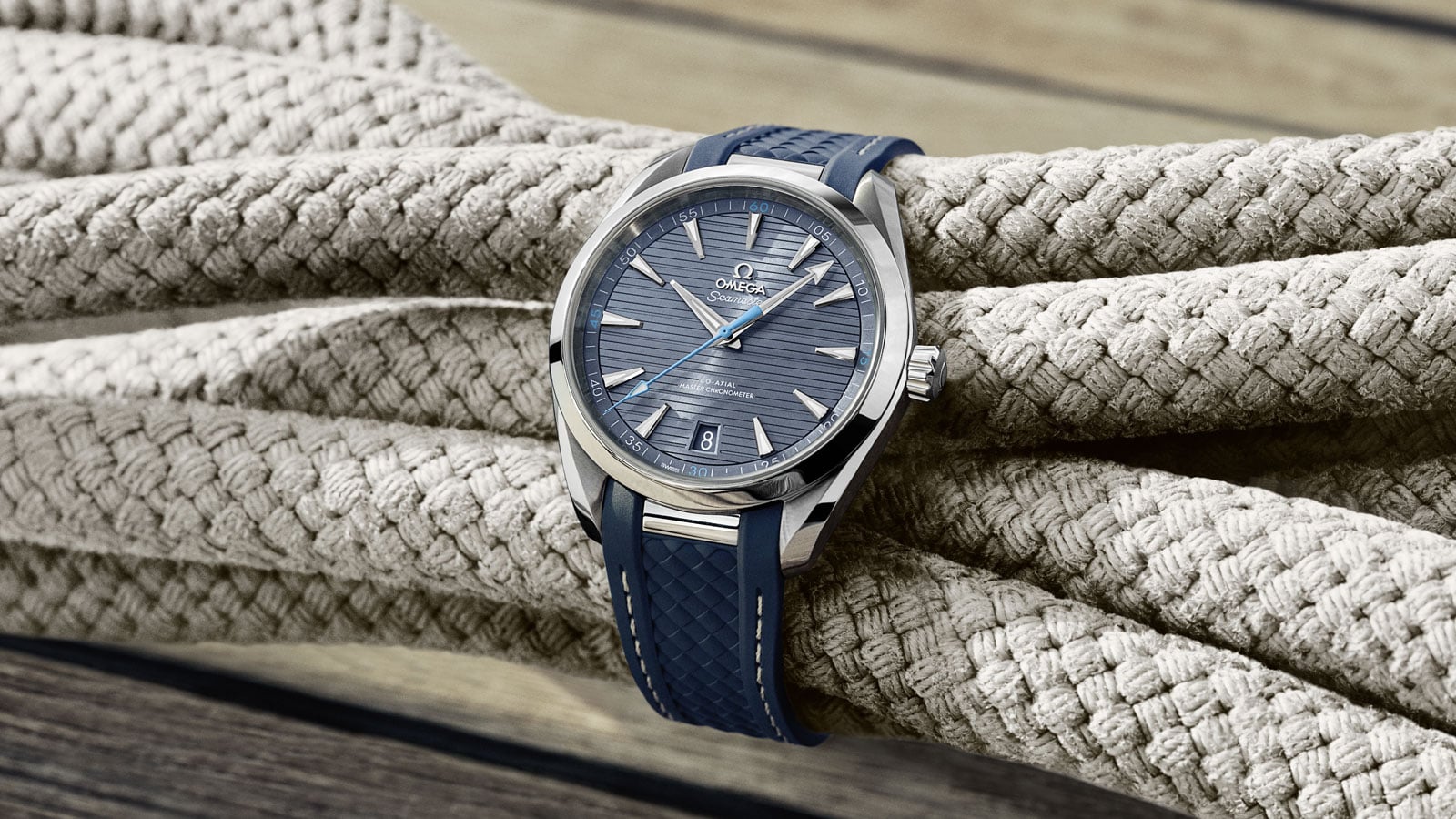 The Evolution of The Omega Seamaster Aqua Terra Watch

Evolution is ongoing and relentless, just as it’s true in the natural world; it’s true in the world of watches as we see models evolve morph and progress through technical innovations. That’s not to say it’s a runaway process because thankfully we also see reinvention or reimagining of classic designs in many cases, but today I want to pull on your coat tail about the subtle and delightful update to the Omega Seamaster Aqua Terra collection.

Before I go any further I am duty bound to offer ‘full disclosure’ and admit to all that I’m something of a fan when it comes to Omega, so don’t be surprised that I’m somewhat positive about this release.

Let’s start at the beginning when Omega first launched a wristwatch aimed at the divers market back in 1932 revolutionising the market. From this point, constant innovation and refinement was the driving force behind all their offerings including the famous Seamaster collection.  In more recent years the Omega Seamaster Aqua Terra 150 Co-Axial has been the flag ship of this entry level luxury mark. Not being known as anyone’s wall flower Omega teamed up with the infamous Gentleman British spy James Bond, even releasing a special edition for diehard fans and watch enthusiasts. Powered by their Master Chronometers calibres 8900, 8901 or 8800, the movements that have reached the highest level of precision, performance, approved by the Swiss Federal Institute of Metrology, the new Seamaster Aqua has been subtly redesigned reflecting the lines and design cues of a luxury yacht. Notice the new symmetrical design, the integration between metal bracelet and case now seems seamless, the new horizontally line across the dial symbolizing or at least giving a nod to the teak decking on a luxury craft.

You’ll see the date window has slipped from 3 to 6 o’clock position that actually reflects more the original release of 1952. See what I mean about evolution and reinvention of classic design?  Interestingly, they have removed the “water-resistance” copy at 6 o’clock which has freed up some real-estate to give a nice clear look and feel for a clean and simple dial together with a new conical crown completing the update. With cases available in stainless steel, 18K Sedna gold, or a mixture of both, there’s a variety of options to suit most taste. The dials come in a choice of black, brown, blue, grey or silver and a choice of steel, leather and structured rubber straps. A 41mm case with transparent case back topped with domed scratch resistant Chrystal and screw down crown as you might expect with a water resistance of 150m/500ft. The calibre is Chronometer calibre 8900, 8901 or 8800, with date complication and anti-magnetic protection to 15,000 gauss and free double barrelled sprung-balance offering a 60 hour power reserve. Take This to the Bank

For me it’s always going to be the stainless steel case and bracelet with blue dial, this is my go to configuration for any watch regardless. You may have a different idea and that’s what’s so good about this collection because there is definitely something for everyone at a cracking price.

We already know the brand value and its enduring attraction across the years and demographics, so what else is there to know? At a modest entry price in the region of €5,100 you can take this to the bank. There aint no way you’re gonna regret it! omegawatches.com