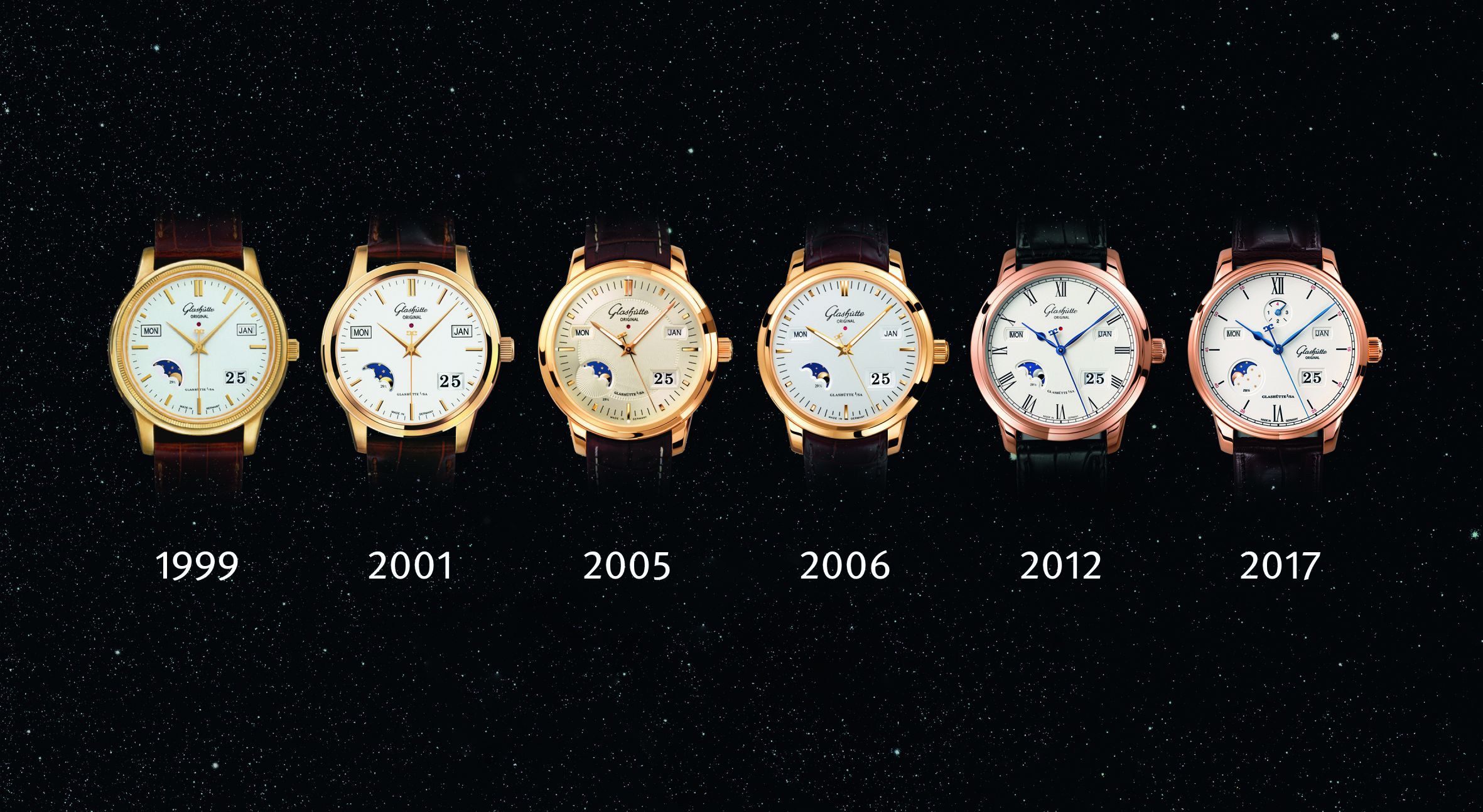 The Perpetual Calendar is one of the most practical and innovative complications in the world of horology. Imagine your mechanical wristwatch being able to show you the day, date, year, month accurately for more than 100 years without any manual intervention. Sounds great doesn’t it, well that is exactly what a Perpetual Calendar is about. It considers odd/even months and leap years to ensure that the wearer gets only the most accurate information conveniently.

Based in the German watchmaking town of Glashütte, watch manufacturer Glashütte Original is well known for producing high-quality mechanical timepieces. One of the more popular line of watches from Glashütte Original is the more classically styled Senator collection and today we are going to shed some light on the Perpetual Calendar Senator watches. 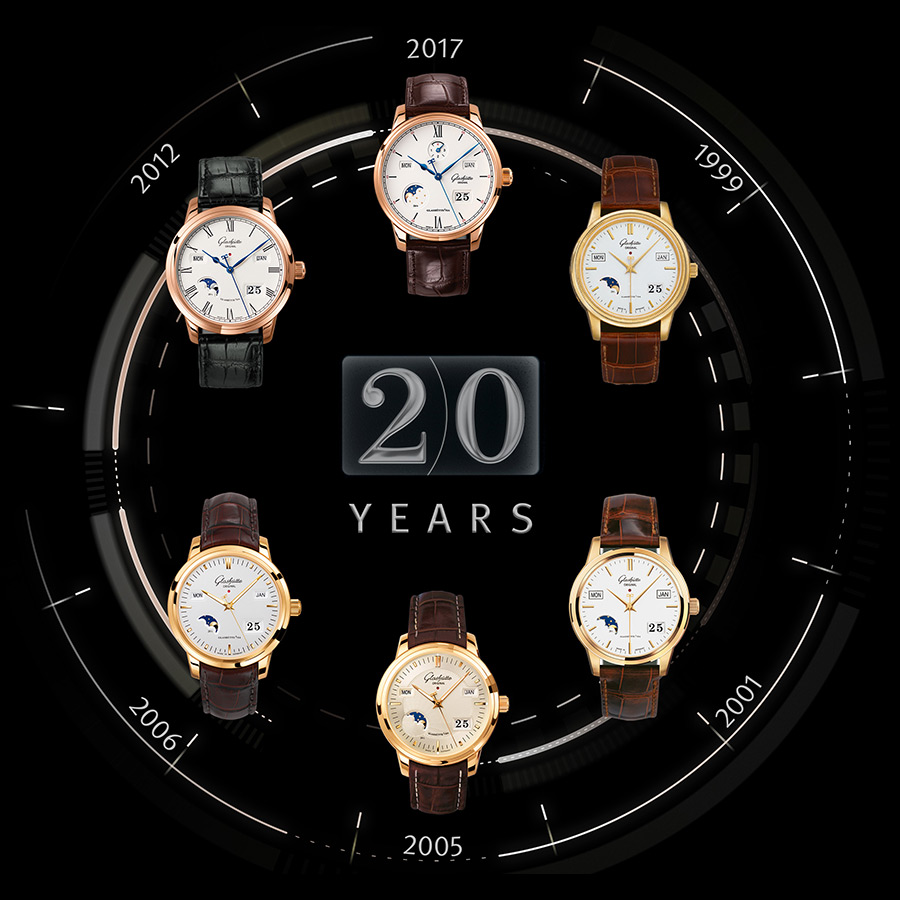 The Senator Perpetual Calendar has been an integral part of the Senator collection almost since its inception. Introduced in 1999 the Senator Classic Perpetual Calendar was an important step forward both technically and from a design standpoint. Not only did it mean the introduction of a new caliber, but Glashütte Original also wanted to make the watch pleasing to the eye. To ensure that the brand made use of elegant puristic windows to display the calendar complication instead of the conventional circular displays. Based upon this design aesthetic the Senator Perpetual Calendar line has constantly evolved through time and is celebrating its 20th anniversary in 2019. So, let us have a brief look at the journey of this watch. 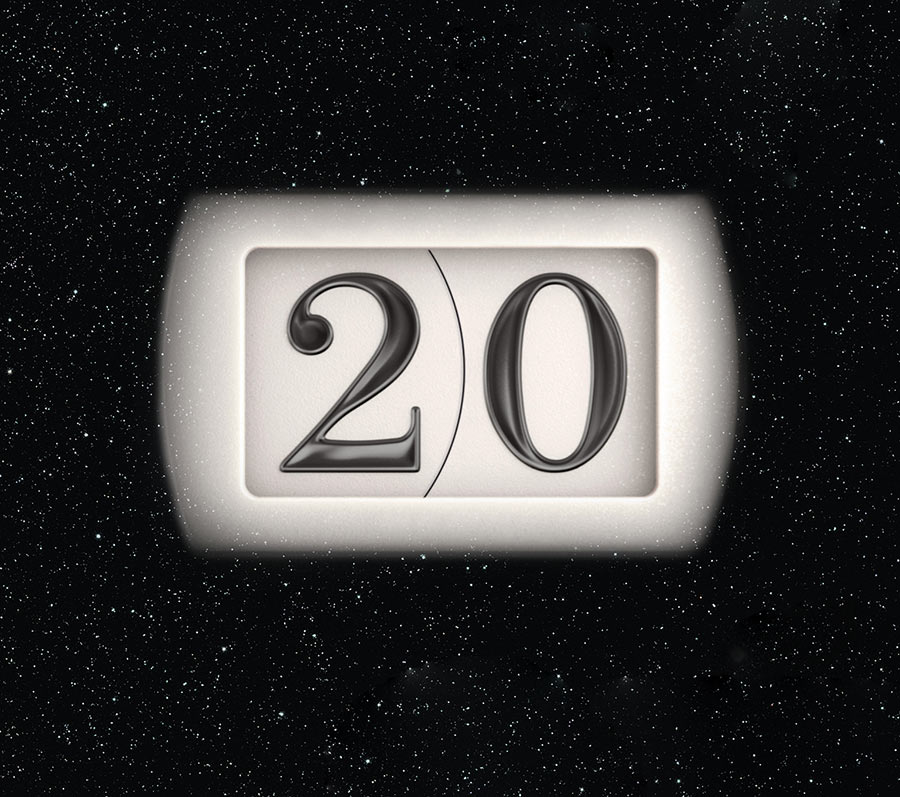 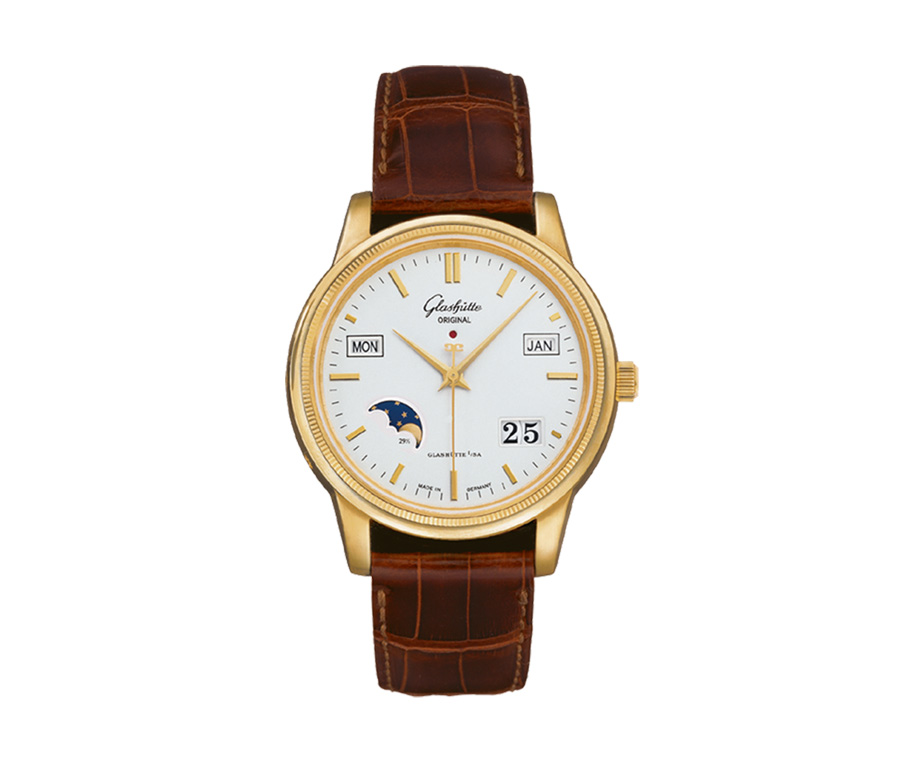 This was the watch that started it all and paved the way for the current Senator Perpetual Calendar. The dial on this watch had a silver color providing a perfect backdrop for the highly contrasting applied golden batons hours markers which also gave the dial a touch of warmth. The black printed minute railroad track was simple yet functional and time could clearly be read using the elegant dauphine style handset. The calendar windows were thoughtfully placed ensuring that the dial remained highly legible. The dial was fit inside a modestly sized 38.8mm case made from sold yellow gold which complemented the golden elements on the dial and added to the dressy nature of the watch. On top of the case was a nicely fluted bezel that gave the watch a nice Art Deco appeal. Powering this watch was the brand’s technically advanced in-house caliber 39-50 which comprised of 48 jewels and offered a respectable power reserve of 40 hours. The movement guaranteed precise calendar functionality to 2100 and features a 21ct oscillating weight with a swan-neck fine adjustment. The watch went ahead to win its first “Uhr des Jahres” (Watch of the Year) award for Glashütte Original, as voted for by the public. 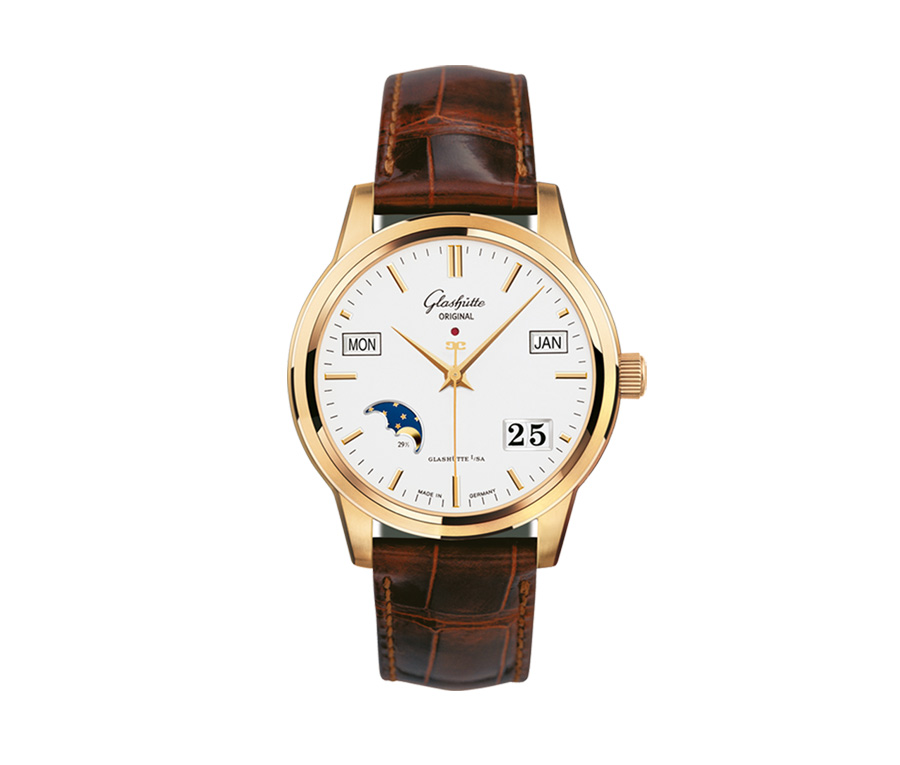 A couple of years later in 2001, a new and refined version of the Senator Classic Perpetual Calendar was introduced. This watch remained true to the 1999 model in terms of its features but was presented with a few aesthetic refinements. The rose gold case on this watch was sized slightly bigger at 39.3mm to target a wider array of wrist sizes. Further to that the bezel on top of the case was now flatter giving the watch a slightly progressive outlook. 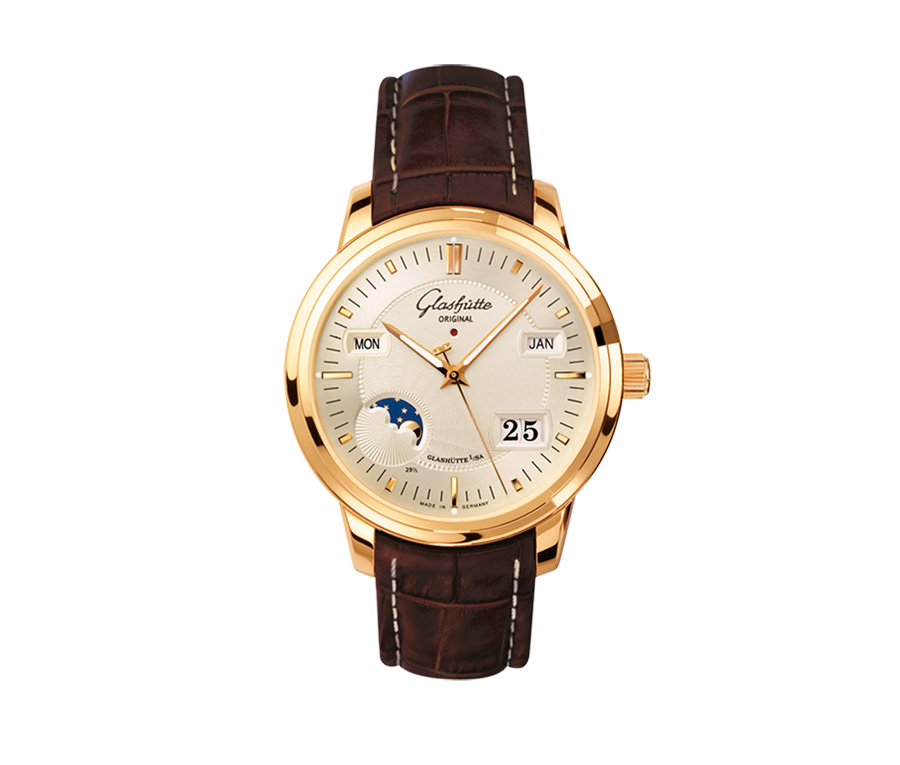 This new watch carried on with the design language of the original watch. The dial this time around was rendered in champagne color and had an elaborate guilloche pattern giving it a distinctive new look. The hour markers were still applied, and the hands were filled with luminous paint to aid low light visibility. As for the calendar layout, there was a day and month window along with a convenient leap year display in the upper half of the dial and a moon phase indicator and a big date display in the lower half of the dial. The case on this watch once again had a solid gold construction and was aptly sized for a dress watch coming in at a diameter of 40mm. And while the dial was quite familiar looking it was under the hood that the major changes took place. This new watch was powered by a new caliber 100-2, which offered an extended power reserve of 55 hours. On top of that, the movement also offered a convenient reset function and brought forward bi-directional winding to improving its overall efficiency. 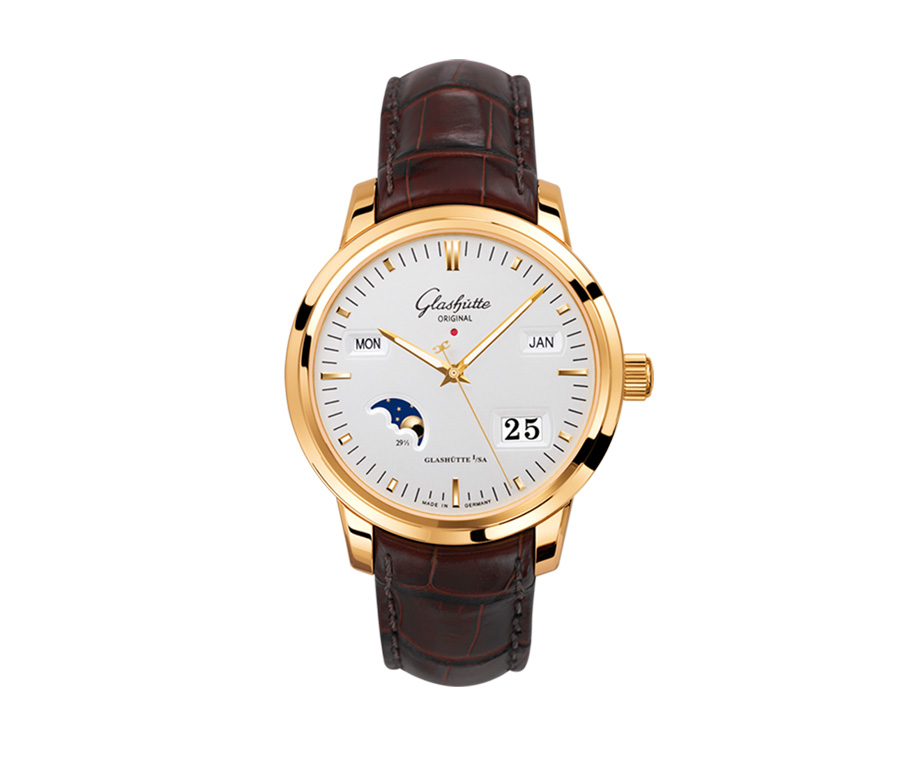 Following the successful reception of the 2005 variant, another new iteration of the Senator Perpetual Calendar was launched in 2006. While technically similar to its preceding model, this new watch brought back the silver colored dial which became an instant success with the earlier versions of this watch. 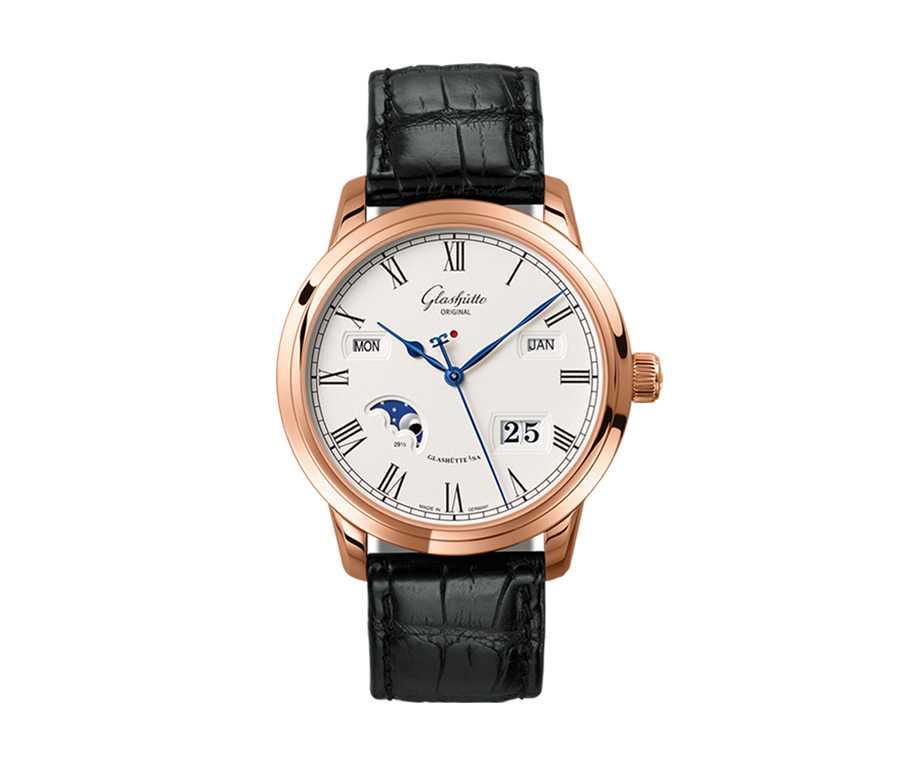 Sharing the general design ethos of its predecessor the Senator Perpetual Calendar 2012 brought forward a few intriguing changes changing the overall look of the watch. The silver dial on this watch was characterized by bold Arabic numerals instead of the applied markers found on the previous versions. This gave the watch a more formal character. The minute markings were also changed from hash marks to a railroad style minute track. And finally, to read the time the watch was equipped with stunning blue pear-shaped hands which really matched the look of the rest of the dial. The case on this watch was made from rose gold and the movement powering this watch was still the proven caliber 39-50. Overall this watch was more about the new look than anything else. 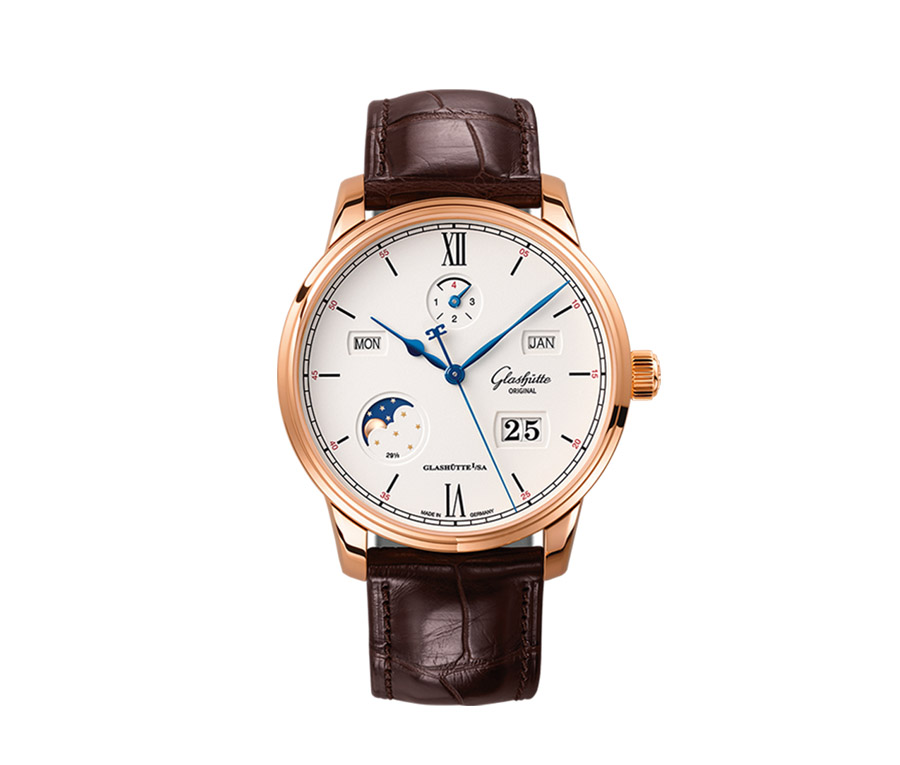 In 2017 Glashütte Original launched the current and most evolved version of the Senator Perpetual Calendar called the Senator Excellence Perpetual Calendar. The dial on this watch is presented with an off-white color tone along with an eggshell-like texture which gives the dial some added character and provides a nice contrast against the 42mm red gold case. The hour markers are now a combination of long black hash marks and bold Arabic numerals at 12 and 6. As for the calendar layout, everything retains its usual position except for the new leap year display below 12. As an auxiliary dial with a scale of 1 to 4 and counter-clockwise rotating hands, it provides the clearest possible readability not only in the accentuated leap year. The changes to the new Senator Perpetual Calendar 2017 are not restricted to the exterior but even the interior of the watch has been totally overhauled. This watch is equipped with the latest Caliber 36 movement which was launched in the year 2016. With its well-conceived design and use of anti-magnetic materials such as a silicon balance spring, the Caliber 36 promises a higher level of stability and refinement. The movement is nicely decorated and offers a massive power reserve of at least 100 hours. 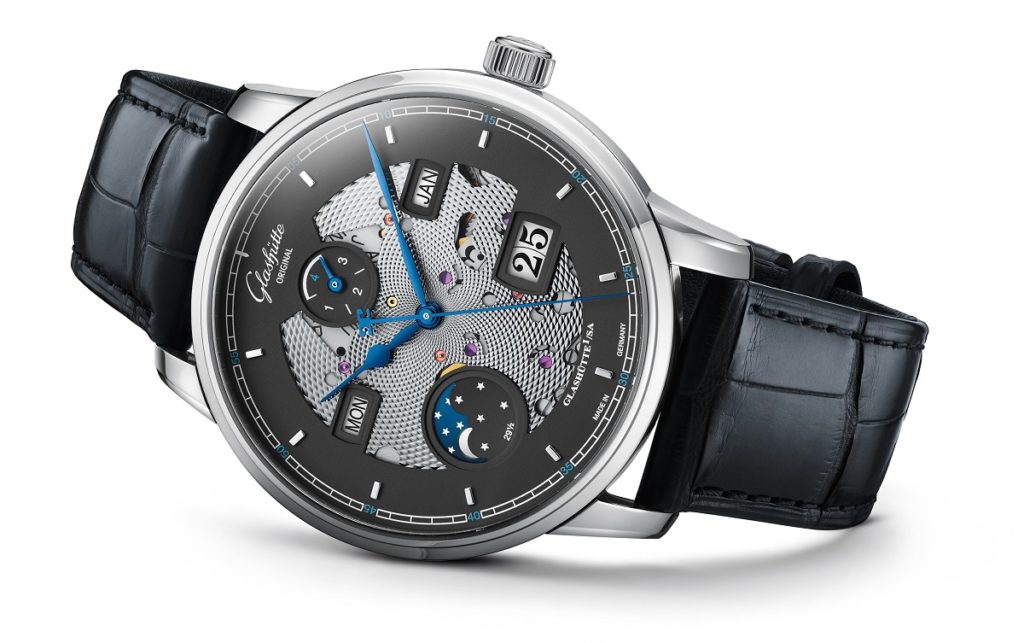 Most recently last year in 2018, Glashütte Original launched what can be easily considered as the most daring and modern looking version of the Senator Perpetual Calendar. With a partially skeletonized dial, the idea here was to accentuate the calendar complication. The inner section of the dial bears a steel look courtesy of the exposed movement parts and incorporates the entire annual calendar module. The outer section of the dial has been rendered in a matt black shade and features the small applied markers (as opposed to the Arabic numerals and printed has marks on the normal variant) giving the watch a more contemporary aesthetic. There is a railroad style minute track printed in white and the thermally blue handset not only provides a great contrast against the steel and black background but also makes it a breeze to read the time. Powering this watch is the caliber 36-02 and the movement is housed inside a 42 mm white gold case once again giving the watch a casual vibe. This watch is limited to a production run of only 100 pieces. 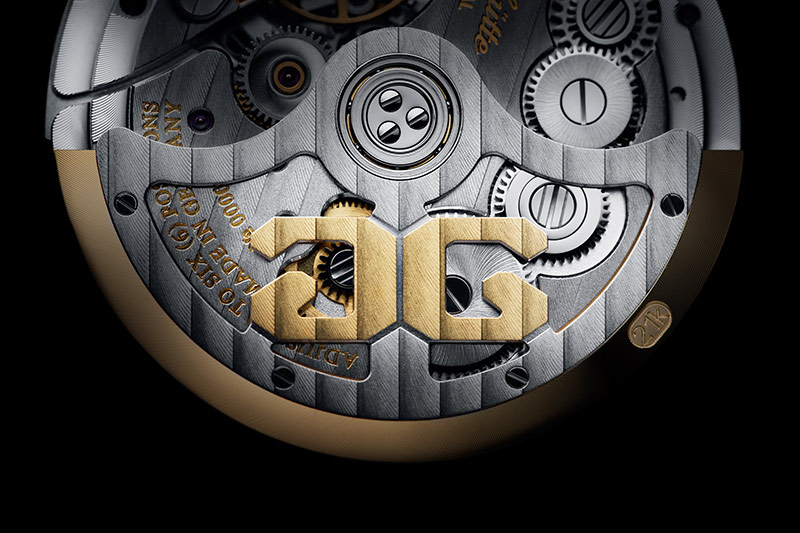 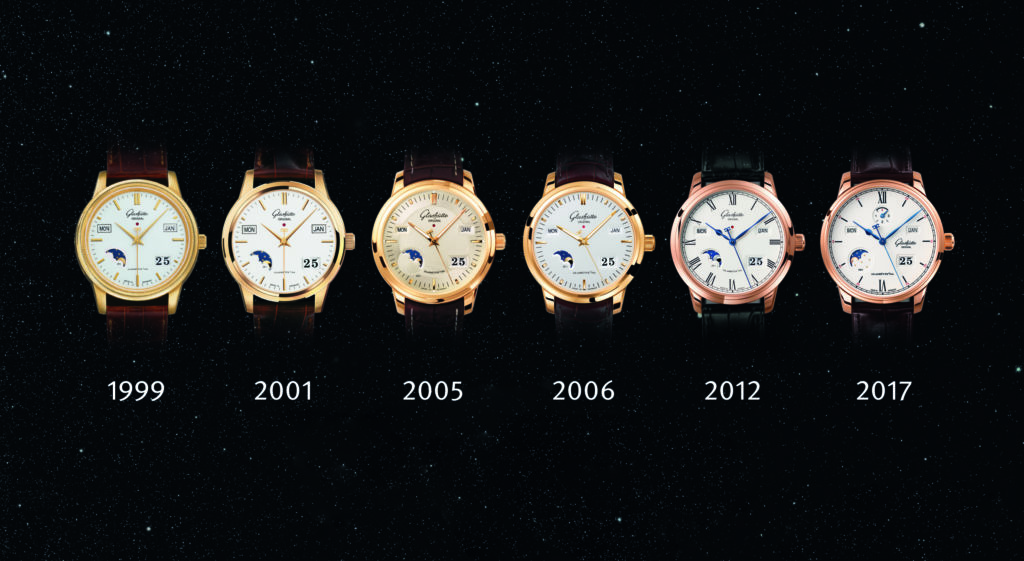