The Omega Speedmaster Automatic Chronograph Reference 3510.50 – Is Not a Reduced Speedmaster Professional But A Completely Different Watch Altogether 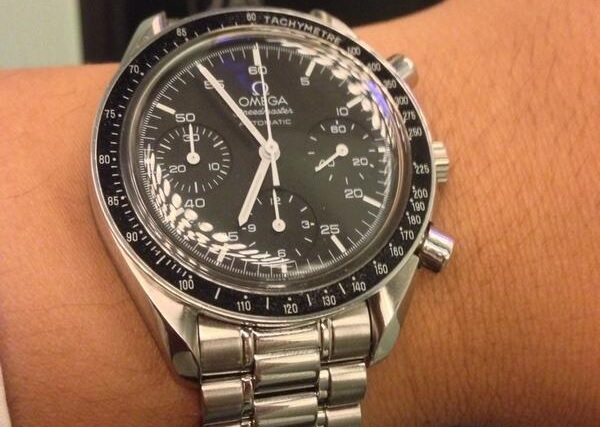 I have always wanted to get a Speedmaster in my collection. The original idea was to get a Speedmaster Professional “Moon” watch due to its romantic tie-in with the NASA moon landings. Although stories abound on how the Omega was chosen over other brands, the two important criteria, accuracy and the inability of the crystal to shatter and create dangerous floating debris in zero gravity makes the Omega the first choice. If this were the only two important factors for a “Moon” watch, I realized that Omega has another similar looking piece that fulfills the original scope set by NASA. After a lot of thought, I got a pre-owned piece. 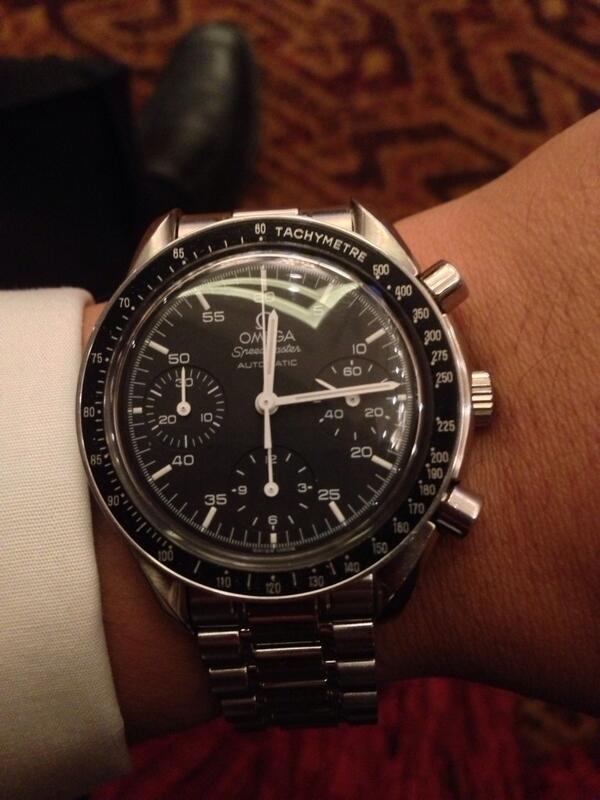 The chronograph function works as advertised. As the pushers and crown does not have a screw down facility (including the case back) it is advisable to keep this watch away from being immersed in water. Although it has a water rating of 30 m (swimming is possible), I wouldn’t if I were you.

The dials and hands of the two watches are superb. Black dial and white hands give the best contrast. Both have 3 sub-dials but here is where the similarity ends. For the “Reduce”, the seconds and minute sub-dials are reversed when compared to the moon watch and the spacing is slightly different. Moreover, the “Reduce” has Arabic numerals every 5 min market unlike the Professional. 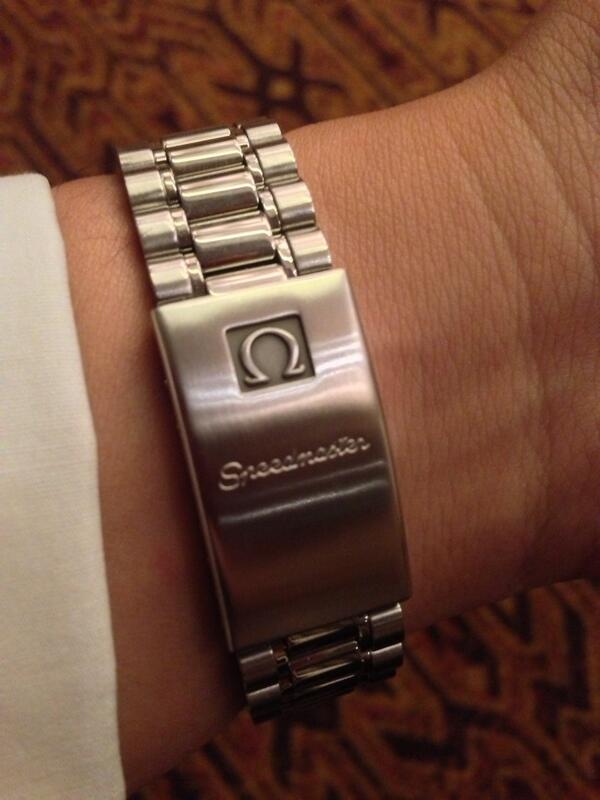 The “Reduce” uses the reference 1468 bracelet with a fold over clasp with the Omega symbol and the word “Speedmaster” (see above). From the picture it looks very regal but in reality, it is not as solid as the newer bracelets from Omega. 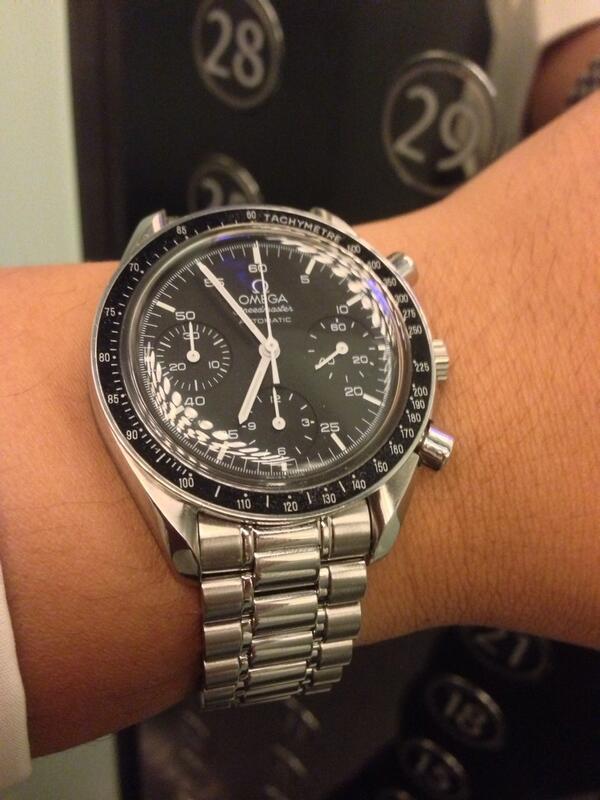 With a width size of 39 mm, this watch fits my 7.5 inch wrist perfectly. The watch matches nicely with the bracelet and is well balanced on the wrist. The lower height of the watch (actually, I was surprised that this automatic piece can be thinner then the pure winding Professional model) makes it easy to use with formal wear. I truly feel that this specimen can be use in all occasions. It is also a unisex watch. The size makes it easier for female users as well. The automatic function also makes it a more practical piece in my opinion (it can be wound using the crown just like the Professional).

This watch has been called the “bastard” brother of the more famous Professional model. However, I tend to agree with a number of users that such accusation is uncalled for. Omega made this watch for a purpose and the purpose is not to hoodwink people in thinking that it is the legendary Professional but to provide a more user friendly watch with an automatic movement to a set of customers that wants it. It is a different watch altogether.