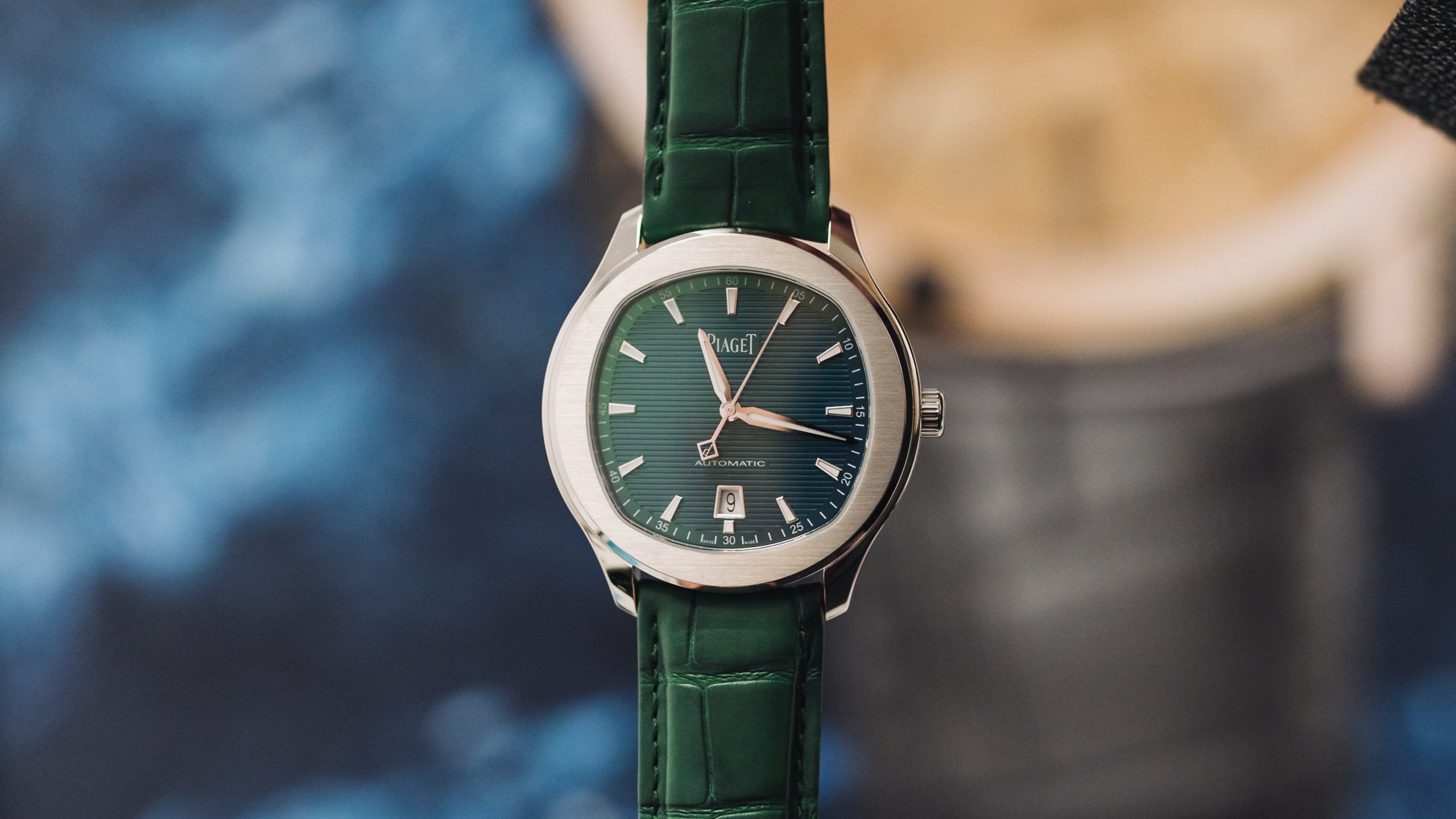 Recently, the FHS (Fédération de l’industrie horlogère Suisse FH) released its figures for Swiss watch exports for both the first six months of the year. To give a summary of this year’s performance so far, we’ve sourced our figures from the FHS and put them in a way which is simple to understand without losing accuracy. In the same way that a company has to provide a statement of financial position (or a balance sheet), WristReview as well provides for the first time the Statement of Horological Position for the first half of 2019. 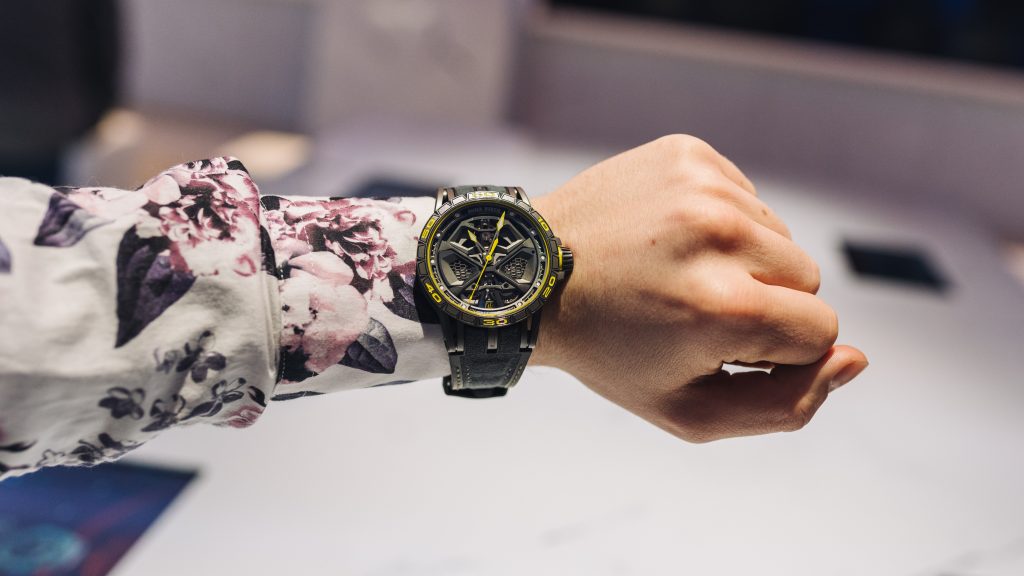 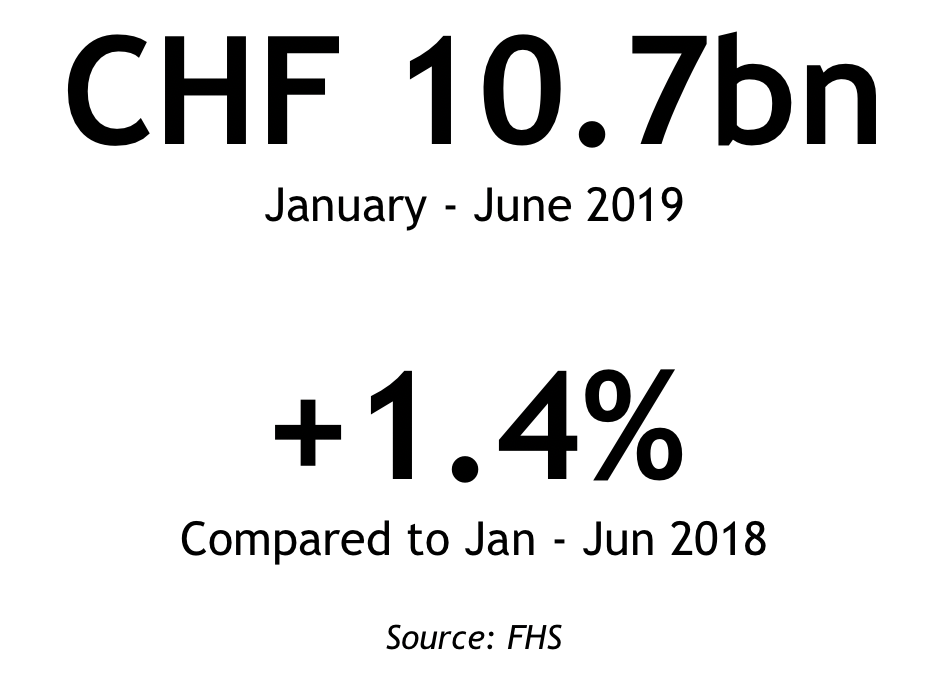 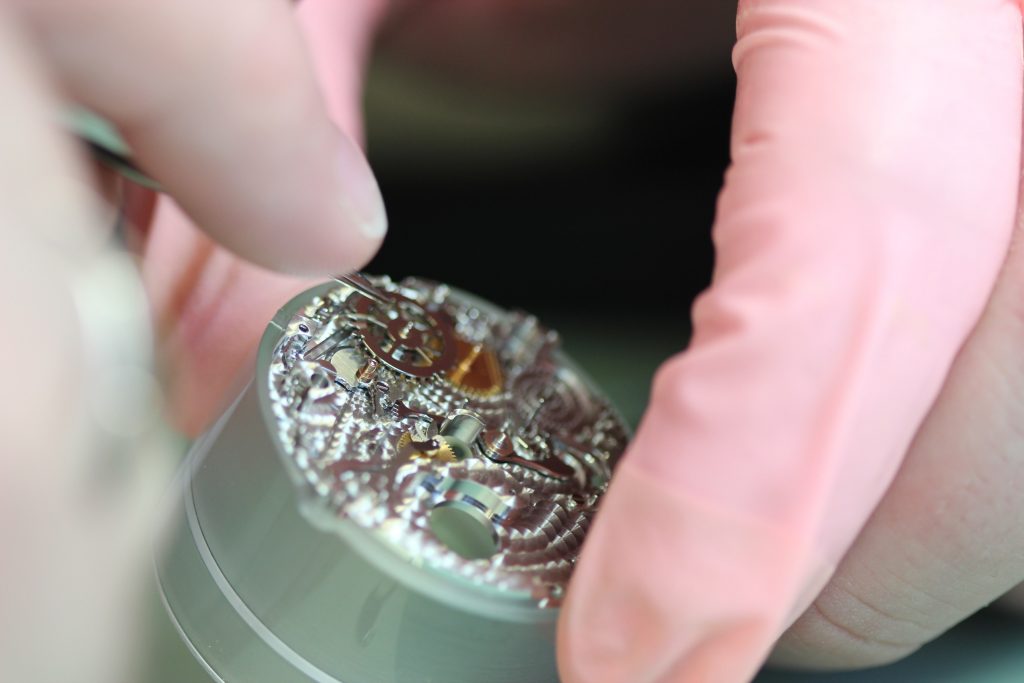 The FHS also states that mechanical watches comprised of the most considerable amount of export sales with 83% of all export sales coming from this sector. Quartz watch export sales fell by 17.5% from the first half of 2018. 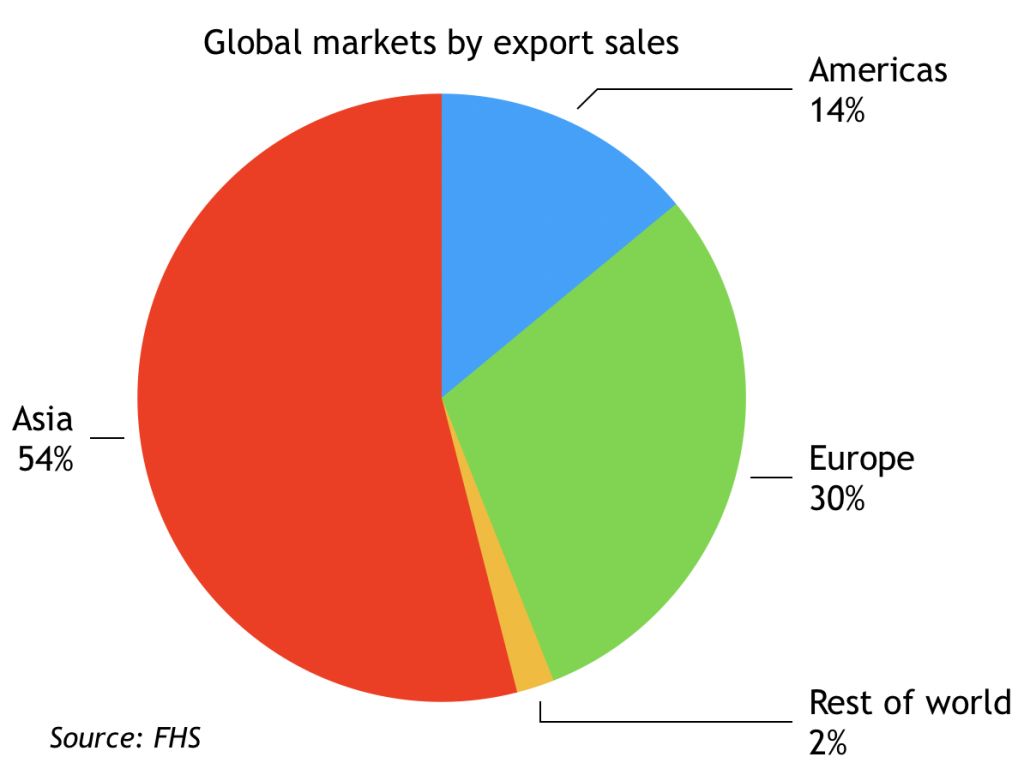 Large markets such as Hong Kong and China mean that Asia still has the largest market share despite an overall shrink in Hong Kong’s imports. 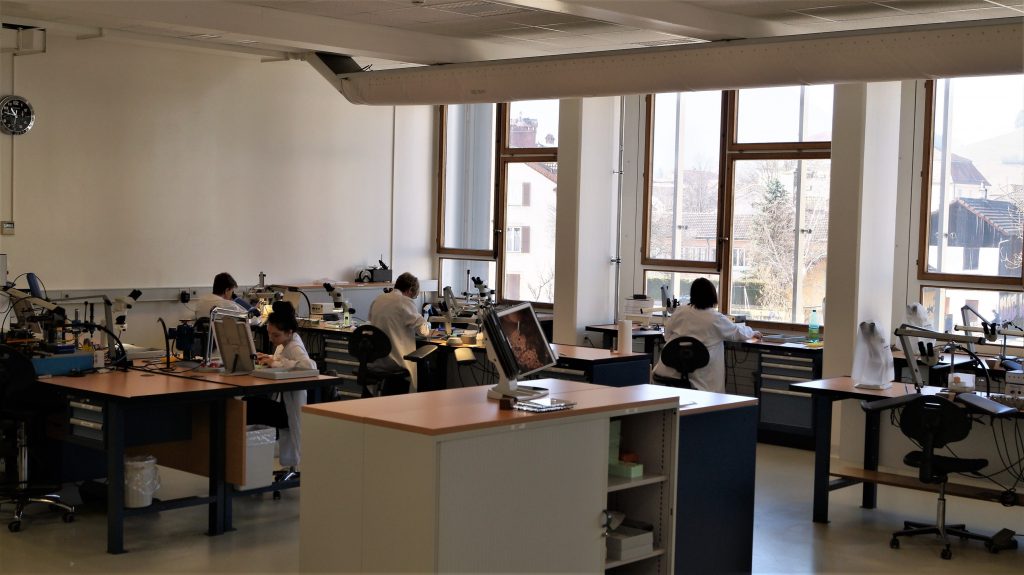 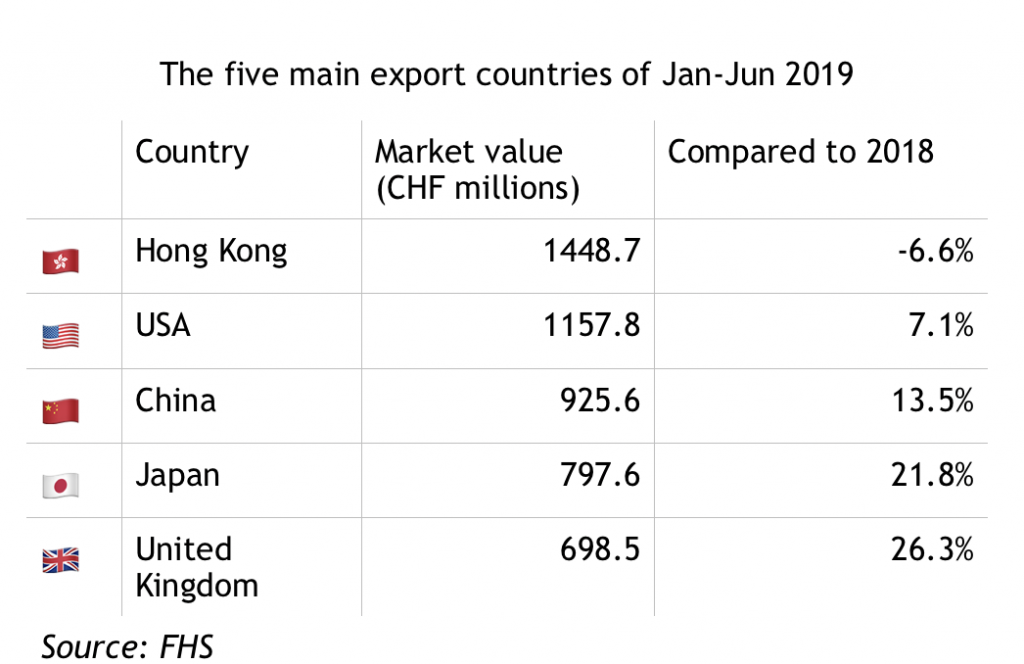 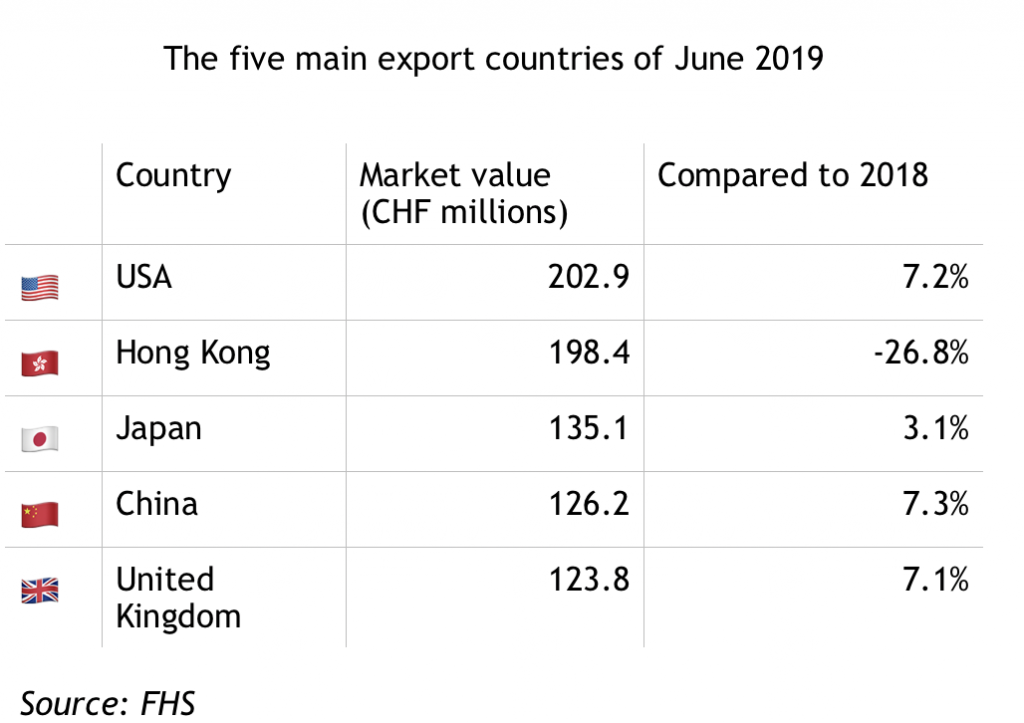 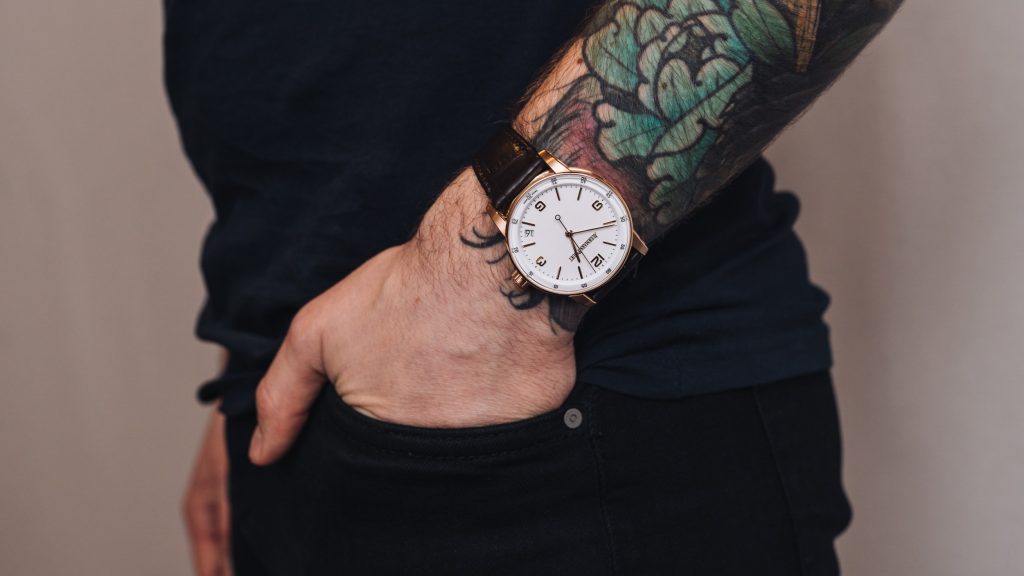 The FHS results show that the most significant drop in 2019 came from June in which exports fell to 1.7 billion Swiss Francs, a 10.7% decrease. Steel watches had the most impact on values and production numbers with drops in production and value being -15% and -23.9% respectively. Precious metal watches also saw a drop, though not as significant as that of steel, the losses to value and production being -6% and -8.9%. For June, watches with an export price of over 3000 Swiss Francs saw the lowest decline, with their value dropping by 5.6% with the others being over 14%.

So, what exactly happened this year? Unfortunately, six months of politics cannot be written into one article without the author needing more coffee than all of South America can provide, so we’ll look at the largest point from the start of 2019 up to now. 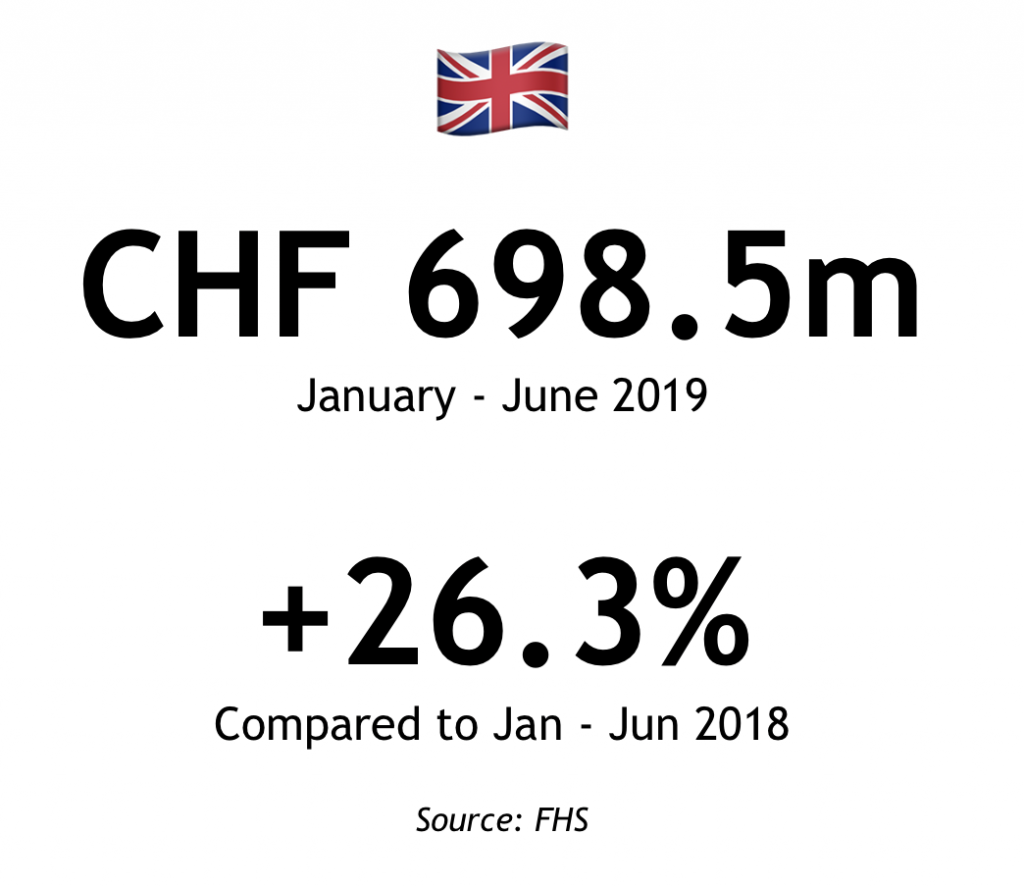 If you live anywhere outside of Europe, then you’d be forgiven for not knowing why Brexit is happening or the effects it has already had on the global economy. Great Britain’s secession from the European Union is bound to go down in history as an event that has so far become staggered by committee-style politics. The official deadline for Brexit was the 29th of March as set in 2017 by the then incumbent Prime Minister Theresa May. Unfortunately, it seemed that leaving such a large and complicated organisation of countries that is the EU would take longer than two years, as of writing this article it continues. 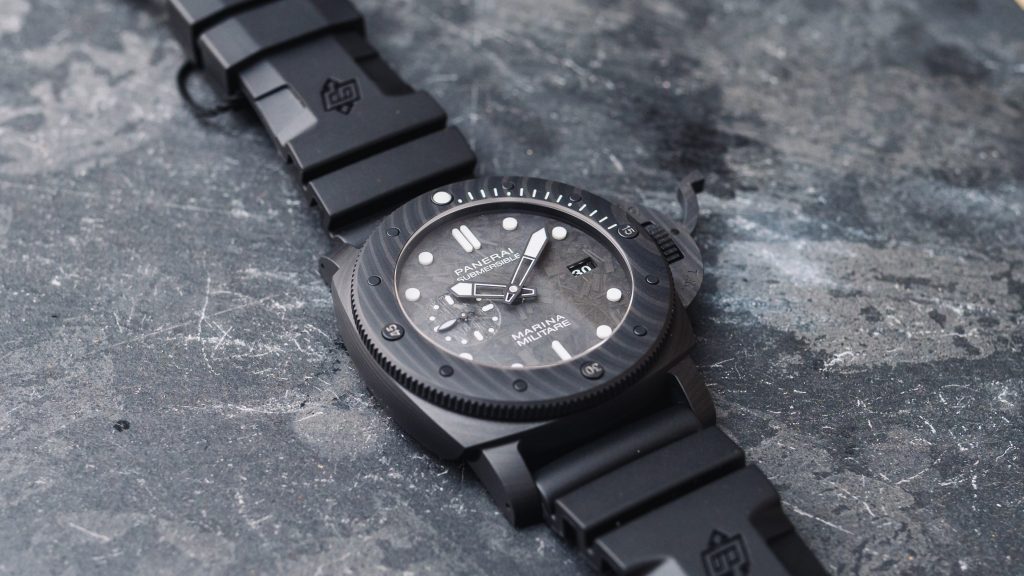 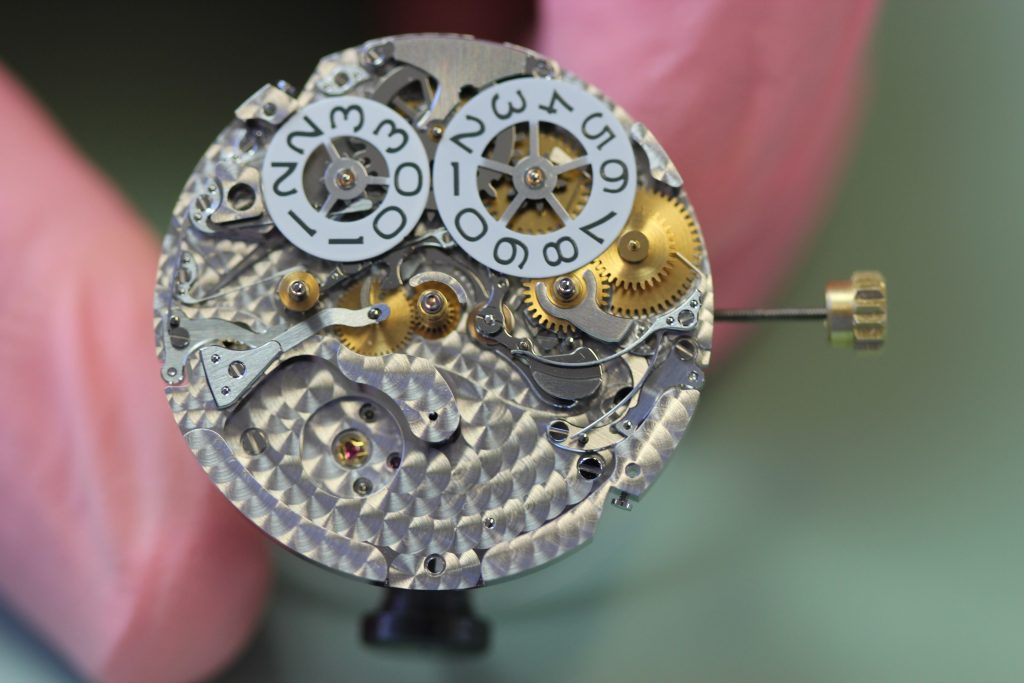 In the two years since the British Government invoked Article 50 of the Treaty of the European Union (the procedure set for the voluntary withdrawal from the EU), there has been much uncertainty. As a native Brit, I can attest that there is something on the news regarding Brexit and the impact it’s having nearly every single day. Usually, a new opinion of someone’s, or more recently of the fight to become PM after Theresa May chose to leave her position. 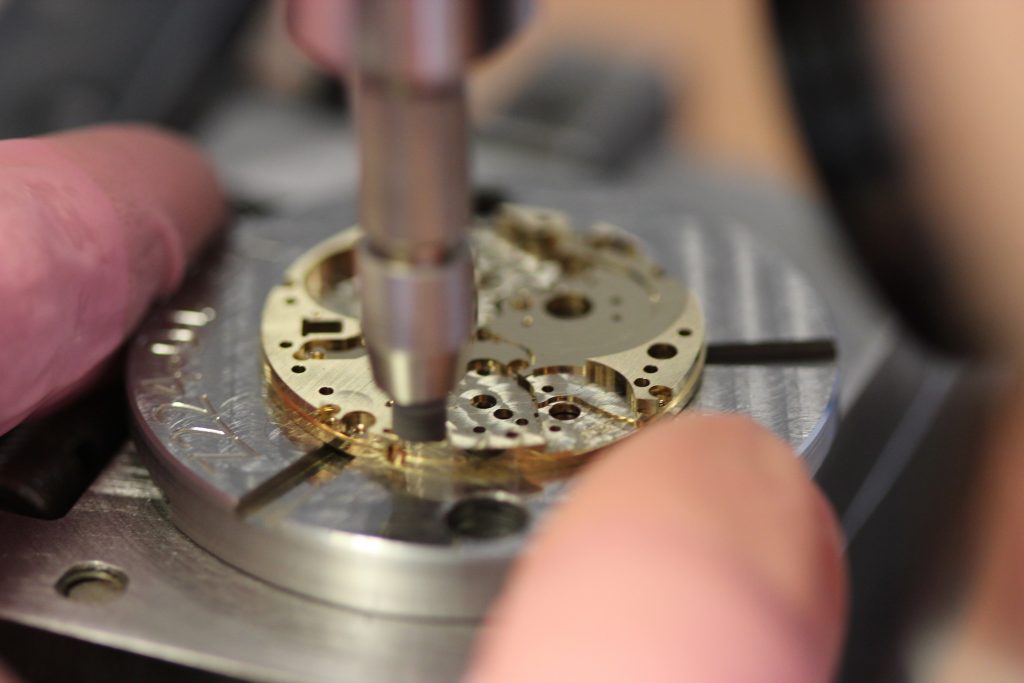 Of course, this uncertainty doesn’t just affect the imports and exports of white goods, cars and other daily items, but even our precious luxury watches as well. As significant manufacturers began stockpiling supplies for their businesses, so too did the retailers of luxury watches. The fantastic results from the United Kingdom’s exports during the first quarter of 2019 have helped keep Europe at a steady level for the past six months and ensured the UK itself gained an amazing result over 2018, according to the FHS. 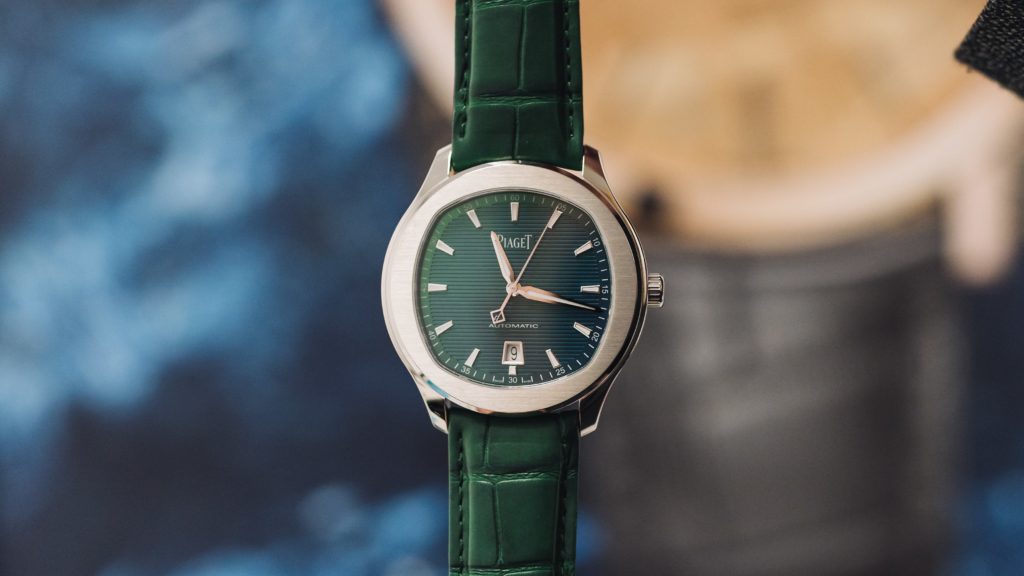 Numbers on their own, however, cannot convey a meaning, they exist as a way to quantify an amount of something. So, is the substantial increase in exports to the UK a good thing? Obviously, for the Swiss watch companies, it’s excellent, assuming all the watches are sold of course. If they aren’t sold and end up at a sale price, or worse, sent back to Switzerland, then it creates a massive opportunity cost for a lot of the Swiss watch industry. However, it is most likely a calculated risk by UK retailers that not all watches will be sold. It may be that by the time the UK does leave the EU, there will be robust import/export laws in place. Unfortunately, this is not something the Swiss could necessarily avoid; it is not their job to decide how best to leave the EU. It seems, then, that if the watches aren’t sold on it would be another ricochet from the Brexit fiasco. Hopefully, the irony of the new exit date (the 31st of October 2019) is not lost on the Government. I suspect the rest of this year will be quite similar to the beginning, and we’ll most likely see yet another massive pull from British retailers in October.

The US-China Trade War hasn’t exactly gone away just yet, in fact, it’s been with us for over a year now, and some reports from around the internet suggest that Swiss watchmakers are being affected by this. An article by Corinne Getler for Bloomberg, published in March of this year, cited several industry leaders including Chopard Co-President Mr Karl-Friedrich Scheufele were worried about the effects of the trade conflicts, perhaps even more so than the impact of Brexit. 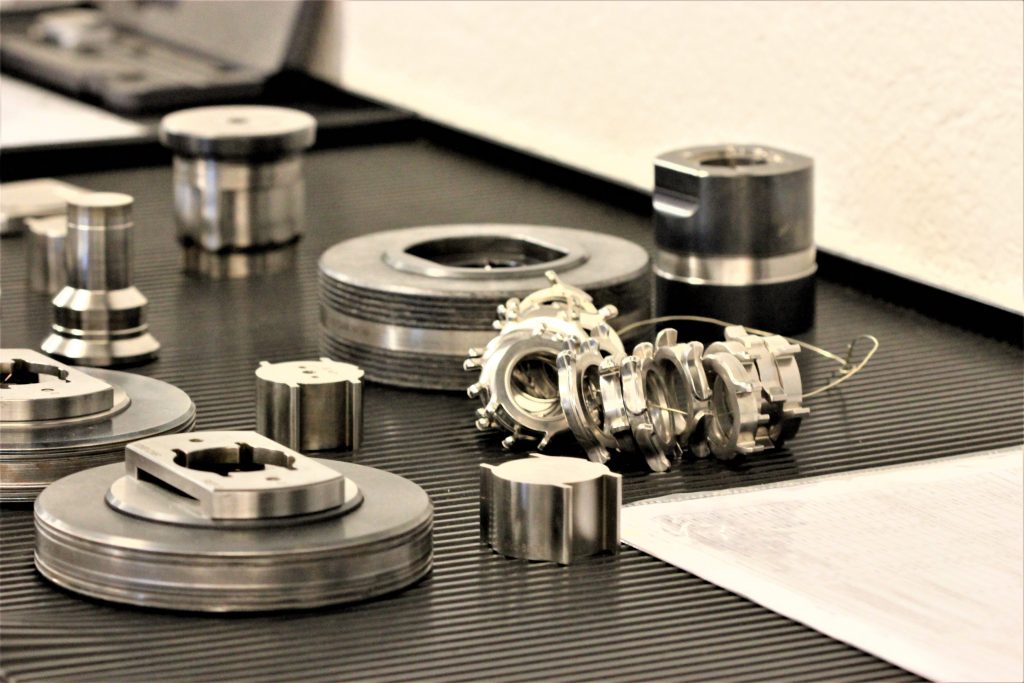 The primary concern is the lack of footfall in boutiques and authorised dealers for high-end brands. Getler writes that the main concern is not specific trade tariffs imposed by either the USA or China, but instead that Chinese tourists don’t visit and make large purchases as often as they used to. The imposition of import tariffs could spell disaster for the Swiss watch industry. However, it is highly unlikely to occur thanks to Switzerland’s unique neutral stance. 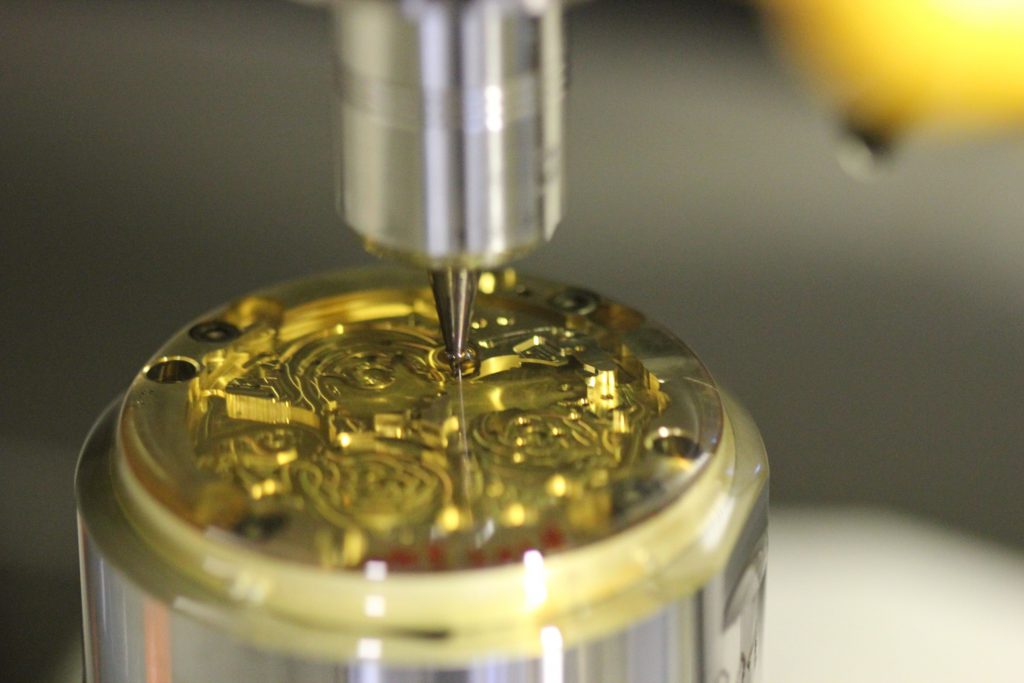 The USA isn’t the only one to be affected by the loss of Chinese customers. Hong Kong, the world’s largest export market and famed for its shopping centres with boutique after boutique of every brand, has also seen a decline in Chinese tourists coming to purchase their luxury goods. Chinese prices for the same products are often higher, and the citizens often went abroad to pay the lower rates. Of course, the Chinese Government eventually noticed this and became much more restrictive when issuing Visas to overseas travellers. 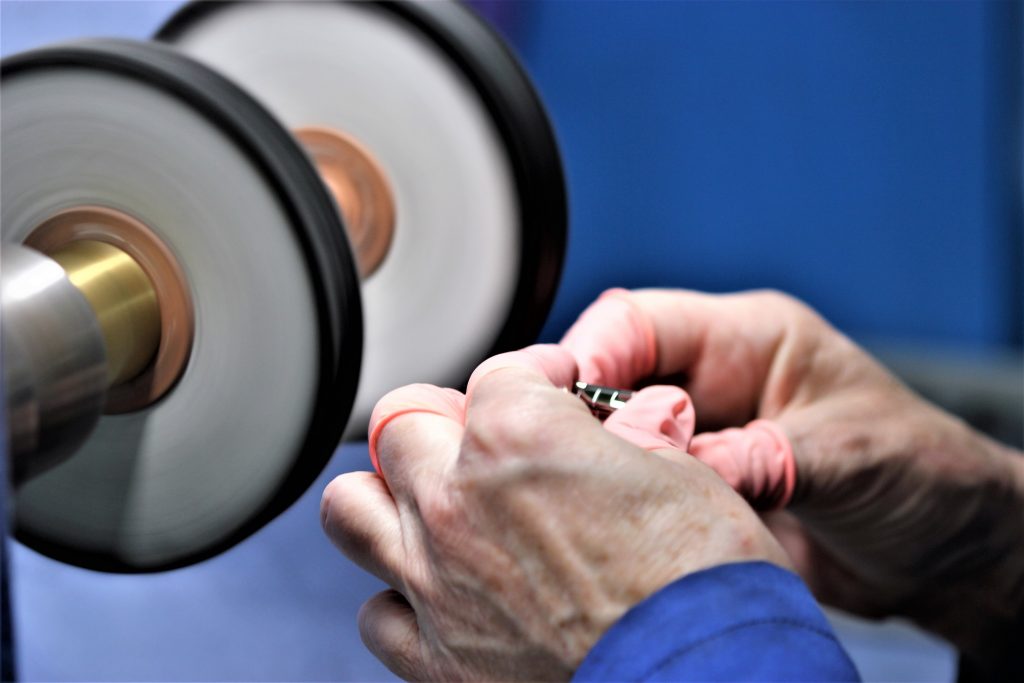 For now, we can only sit and wait while the USA and China battle it out. Unlike Brexit, this isn’t localised to Europe, and it affects very large markets significantly. It is therefore unfortunate that the companies can’t do much about it right now.