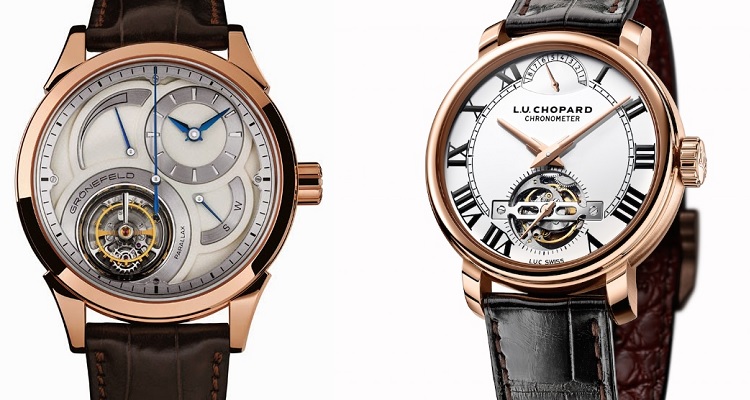 Welcome everyone, the best news (probably) of the past 2 months is WE’RE BACK!

You may remember that the month before last (February) was the final month for the Clash of the Chronos series. It was a 6 instalment affair that was exclusive to WristReview (and still is).

We’re very protective of the secret formula we use to calculate a winning watch. Of course, the winner is just for the website, it doesn’t mean we’re going to force you to choose that particular watch. And that, I feel, is the beauty of the concept, we choose a watch that makes more sense, but at the same time if you want to be more outlandish in choice (and who doesn’t from time to time) you’re assured that the other option is still a good one.

This series, the Tourbillon Trials, will run slightly differently to the Clash of the Chronos series. You can be sure that we will cover all the key areas like last time, however the costing of the pieces won’t be such a big decider of the verdict but will still be mentioned. Due to the nature of the pieces, we’ll instead be looking more at the technical innovation and craftsmanship of the watches.

The masthead is convinced that this will be a walk over for the Grönefeld in this one, however I’m not so sure. Chopard is a great company with a fantastic legacy of fine jewellery and also happens to be the one we’ll start off with first.

Chopard is well-known for lines such as the Happy Sport, however they also work on some wonderful haute horlogerie pieces. These are known as Chopard L.U.C watches and are made in-house using the finest craftsmanship techniques, such as this one which is using an enamel grand feu dial. 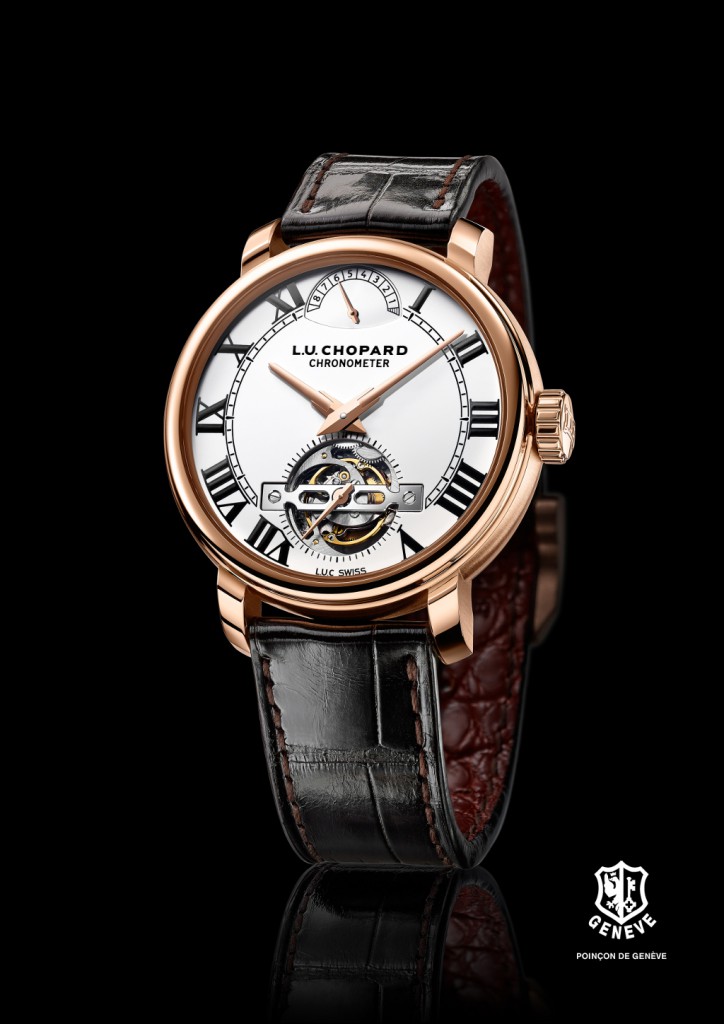 The Chopard enjoys the classic looks of an era that’s no longer so popular, but is still evidently alive and kicking. The frankly enormous black Roman numerals create a mesmerising contrast from the pure white dial. There’s also an unusual touch in the form of the train track minute indicators that run around the inside of the numerals themselves instead of the edges of the dial. In a way these train tracks follow on into the power reserve indicator which is located at 12 O’clock and indicates how many of the 8 days of power reserve the watch has left before it needs re-winding, running from left to right instead of vice versa is what pleases my eyes as it runs in the same direction as the dauphine style hands. Luckily it’s got a huge crown so winding the 8 days back into it should be easier. 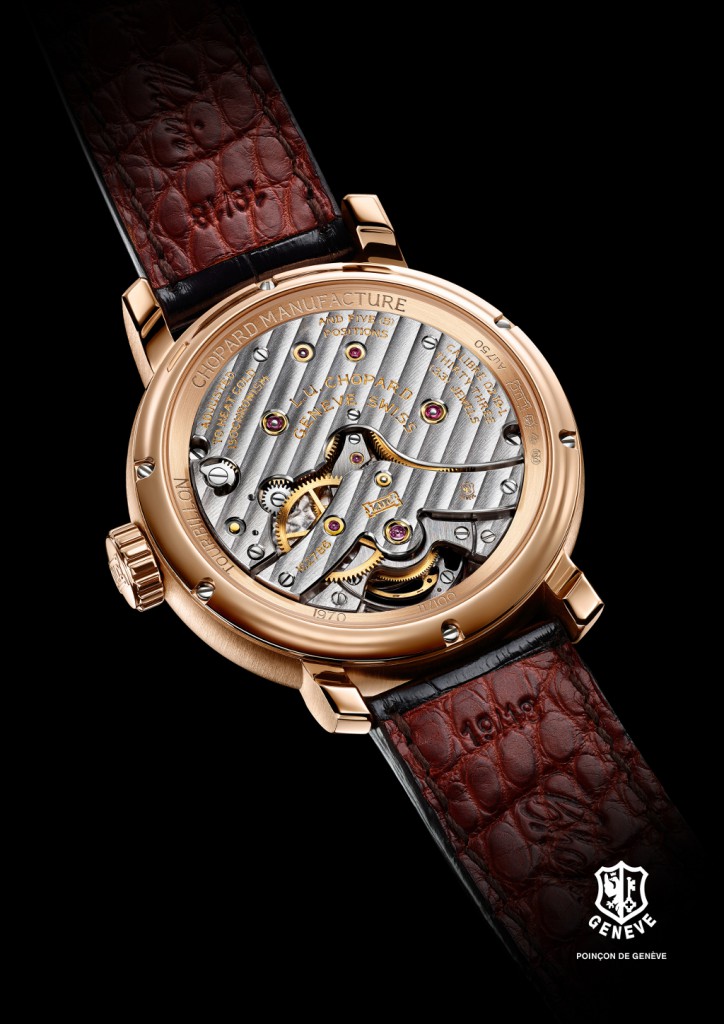 WristReview’s Top 20 Most Popular Articles Of 2019

The watch uses a Chopard 02.19-L1 calibre which is made in-house in Switzerland. This movement is 0.6mm thinner than Chopard’s 02.01-L1 movement, this is so that the watch can fit in the enamel dial, which is thicker than a metal dial, and still have the same dimensions outside. The watch has an amazing 9 day power reserve, this is because the watch uses Chopard’s patented Quattro technology which uses 4 barrels to both increase the time between winds and also deliver the power at a constant rate. “Why’s that so important?”, ah good question, well the more constant the power delivery is the more accurate the timepiece will be as all the parts are moving at the same rate instead of oscillating between higher and lower speeds. This is particularly important for the Chopard as it’s been certified as a COSC chronometer piece. 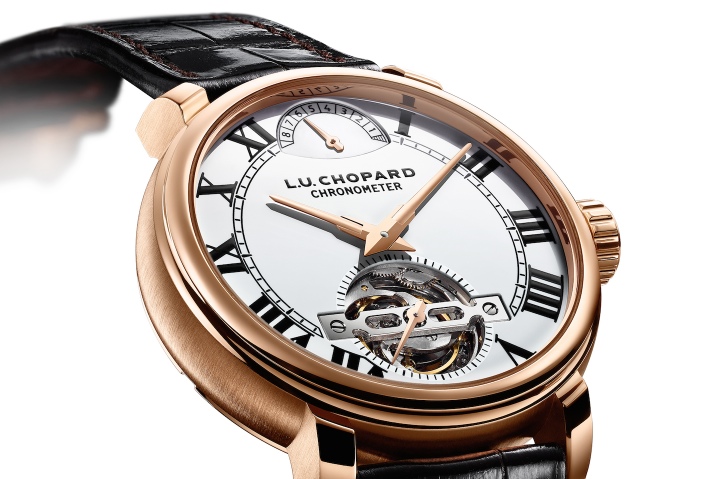 The tourbillon on the watch is placed at 6 O’clock on this piece and has a hand attached to it through a mounting plate which indicates the seconds. I must say that it is a very nice looking component, it’s hidden slightly behind a support bracket that has 3 curved arms fanning out from the centre to the edges of the cut-out. To also help with the artful industrial theme going on here there are some exposed gears from the movement just above the tourbillon. This watch is limited to 100 pieces in solid rose gold and is priced upon request.

Now let’s look at something completely different to the Chopard. Grönefeld is a brand of watches made in the Netherlands, they are completely independent and have no ties to the Swatch Group or Richemont.