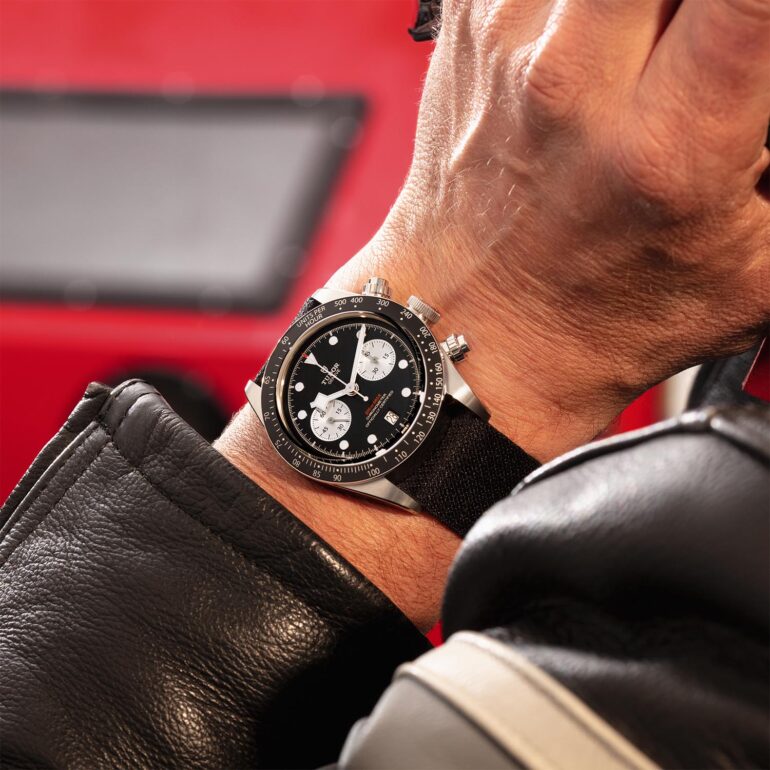 Tudor celebrates the 50th anniversary of its chronograph watches.

As anniversaries are the thing of the moment, Tudor has released some new watches that celebrate the 50th anniversary of its very first chronograph watches. Chronographs are an essential part of any watchmaker’s repertoire. They’re one of the very few complications that you can play with without it costing you a fortune like a repeating watch. 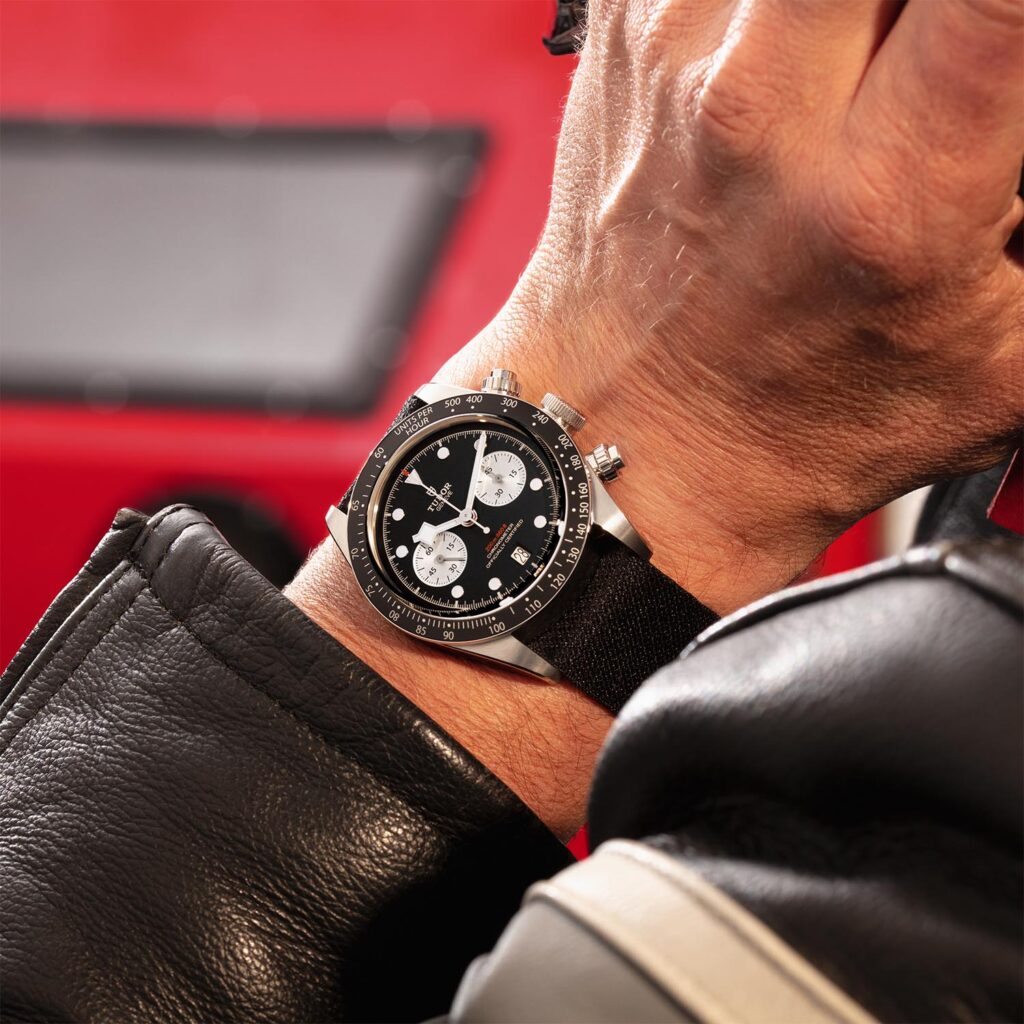 To mark this occasion, Tudor has released six versions of its new Black Bay Chrono watch. Two of them come on a bund strap, two on a bracelet and two on a fabric strap. Further, there will be two dial variations as well. One will be a black dial with silvery opaline subdials, and the other is the reverse. Both versions have a red line of text on and will undoubtedly excite the fans in the same way the red line on the Sea-Dweller does. 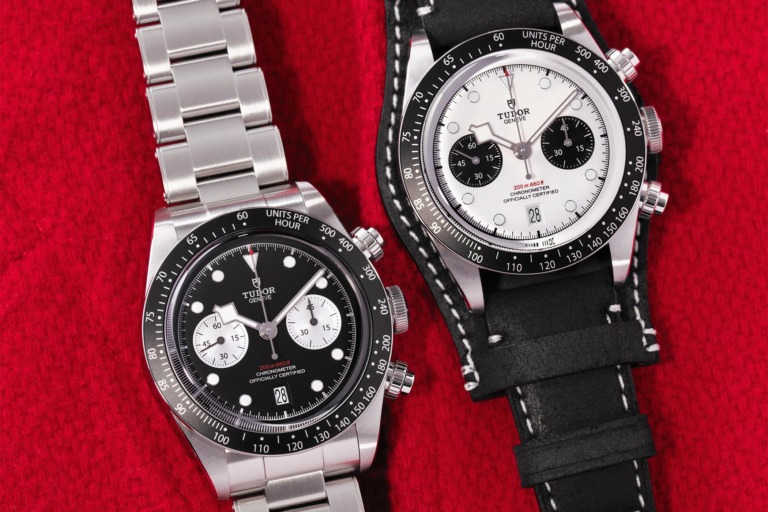 These exciting new dials have been placed in a stainless steel case measuring 41mm in diameter with 200m of water resistance. Inside that case is the calibre MT581. It’s essentially the Breitling calibre B01, and so it actually gets a really great spec sheet. First off, the power reserve is around 70-hours, and it beats at 4Hz. It also holds a COSC chronometer certificate and is automatically wound. The chronograph itself is a column-wheel controlled affair with a vertical clutch so you can run it forever without really affecting the service interval. Finally, the chronograph is integrated. It’s the more complicated way of making it as the chronograph is a part of the movement system (in modern watchmaking, the chronograph is usually a module that’s added onto a movement). That’s more stuff than the movement inside the new Royal Oak Offshore Chronograph. 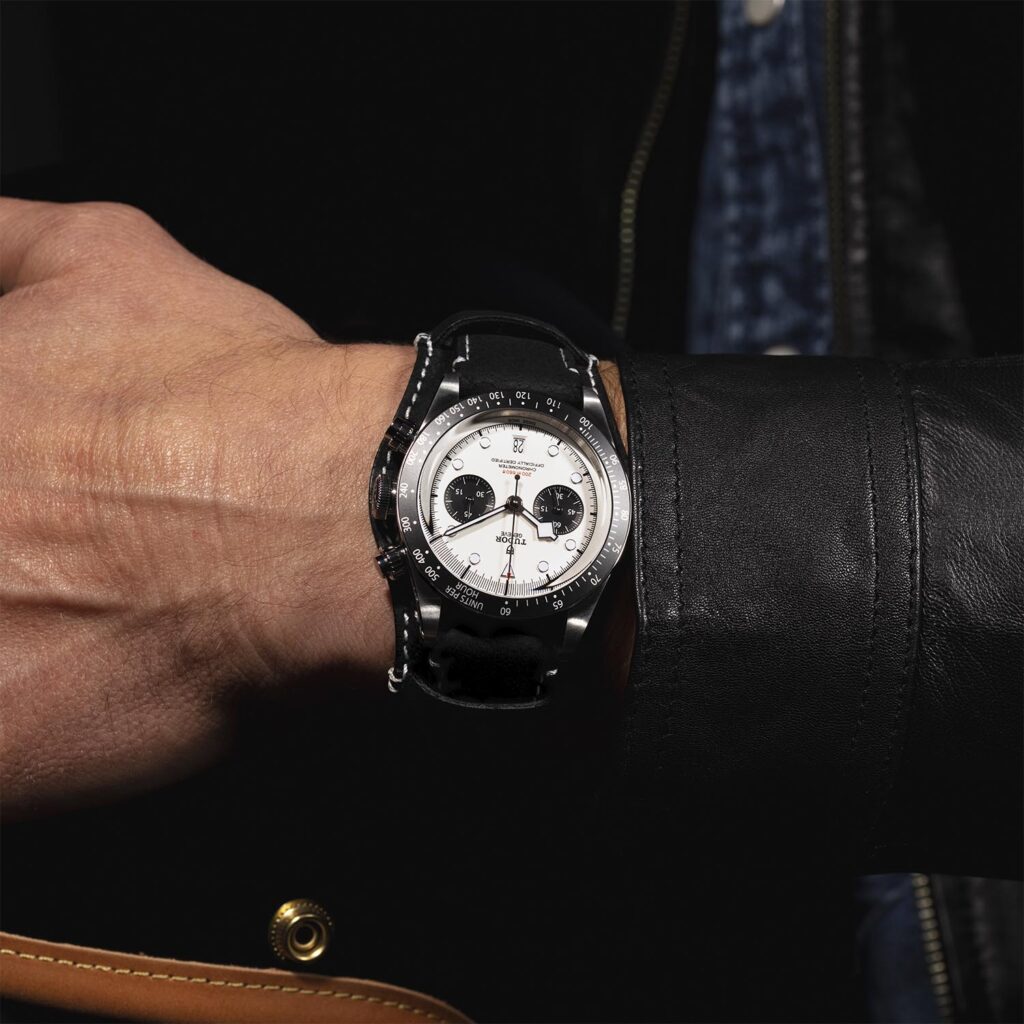 The watch will cost CHF4650 on either the leather or fabric strap or CHF4950 on the bracelet.