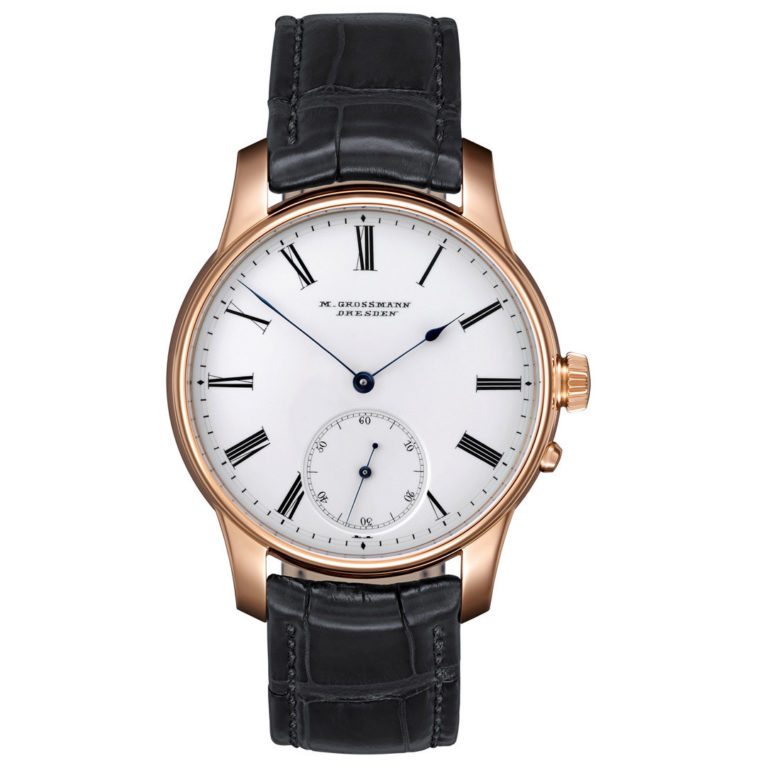 We don’t often cover Moritz Grossmann on here which is a little bit sad considering how lovely a lot of their watches are. We saw the outside of their manufacture when we were visiting A.Lange & Söhne manufacture in Glashütte (it’s a tiny city, you can kind of see all the manufactures from one spot). They have a seriously tiny output each year, even lower than some of the more well-known companies in the area, I have no official figures but a couple of thousand watches a year seems about right for them. But nevertheless, Moritz Grossmann has stepped up to the mark to join the fight against Duchenne Muscular Dystrophy.

To whomever becomes the lucky bidder on this watch, they should know that they will actually receive two watches from Moritz Grossman. The first one comes from the company’s own private collection in Glashütte, it’s an original Moritz Grossman timepiece made somewhere around 1875. As per true to their manufacturing heritage, the movement has a chronometer balance, a 16 tooth escape wheel, a Grossman hand setting rocker and Maltese cross decoration on the mainspring barrel. This watch is a real collector’s item, especially if the bidder is a fan of old German watches from microscopic independent companies. 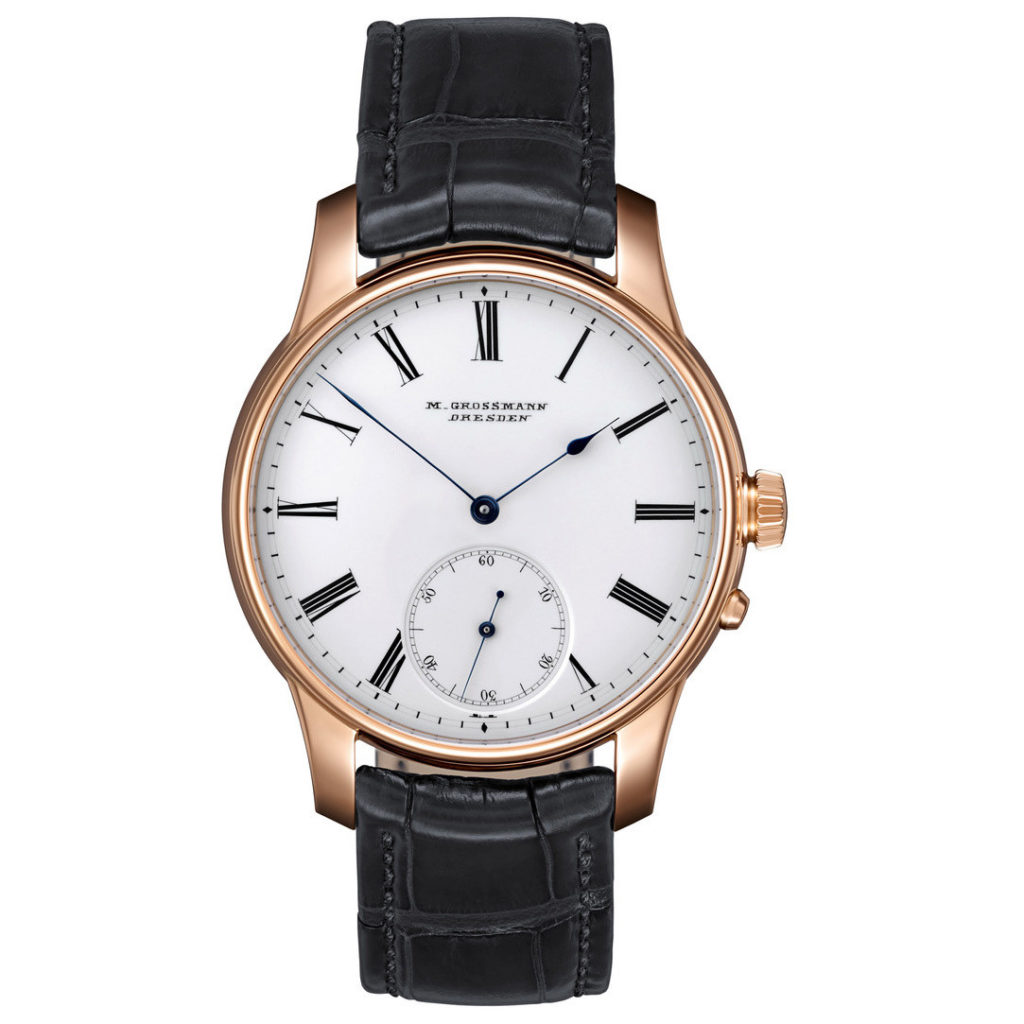 Alongside their pocket watch collectible, Moritz Grossman will also supply an exact copy of the pocket watch, but in wristwatch form. The dial of the watch is crafted from enamel, with blued steel poire shaped hands which match those of the original watch. Behind that lovely hand crafted dial is the Moritz Grossman 100.1 movement which was designed and built in-house which has to meet Moritz Grossman’s simple yet demanding criteria for manufacture precision. Just like the original, the wristwatch also has a Grossman balance inside as a part of a Glashütte stonework and pillar movement which has been changed to meet the demands of this Grossman watch while adhering to the tradition of pocket chronometers. All this has been wrapped up inside a stunningly well finished rose gold case.

As if all this wasn’t enough and if it hasn’t sent the winning bidder into a daze, there is one more treat in store. They will be whisked to Dresden where they will dine with some key figures from the company and they will stay overnight there. The next day they get to visit the manufacture of Moritz Grossman itself and where they will also get to see the museum, where the School of Watchmaking was based back in the 19th century.

This 41mm limited edition 1 of 1 watch and its 19th-century pocket watch counterpart are expected to go under the hammer for between 40,000 and 60,000 CHF.