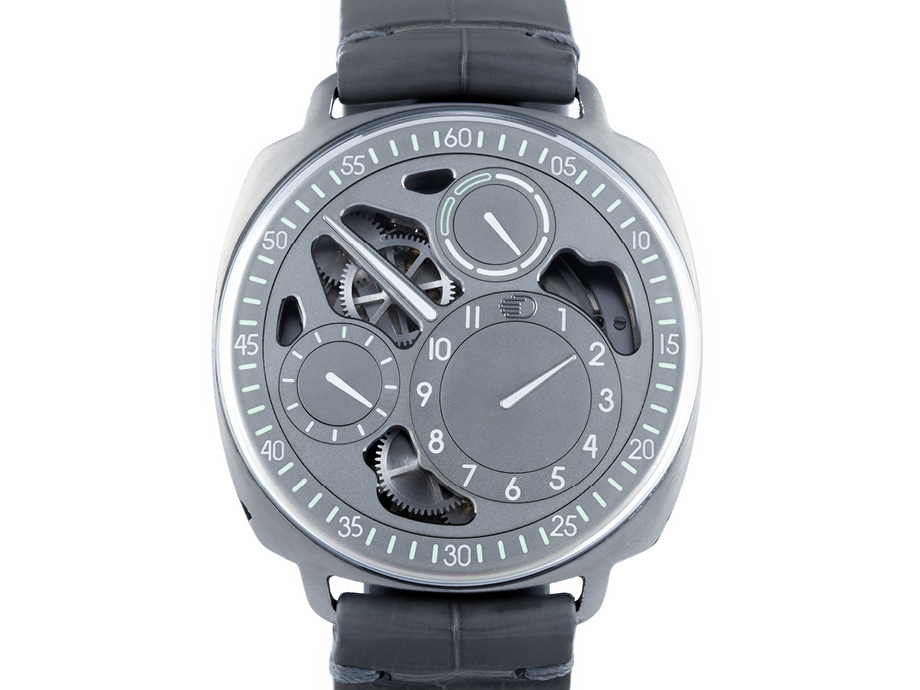 If you think in-house movements are the only option for high-end watchmaking, then look at the Ressence Type 12OW.

In the dark corners of internet forums, watch geeks like to complain about the lack of in-house movements in watchmaking. “They” say if a watch uses an ETA/Peseux/or any base movement then it marked forever as irredeemable and should be cast out of polite wristwatch society. Needless to say, these people are talking crap.

The goal of making everything in-house is commendable. It’s also impractical and something with no historical precedence among the vast majority of watch brands, even during the golden age of mechanical watchmaking. Think of a classic watch from the 1940s to the 1970s and it probably wasn’t an in-house movement. Speedmaster Professional ? Not in-house. Paul Newman Daytona? Not in-house. Patek Phillipe Nautilus or Audemars Piguet Royal Oak? Both not in-house and both using the same movement. You get the idea. You could spend $4000 on a Tudor Heritage Black Bay 41 and you’ll be getting a modified ETA Caliber 2824/2. You could also spend $24,000 on the Ressence Type 12OW and you’ll also get a modified ETA Caliber 2824/2. Same movement, different goals.

Ressence watches are different, there is no two ways about it. They eschew traditional watch design in favor of a new interpretation of how time can be displayed. They are a haute horology brand that sells watches for tens of thousands of dollars, but they use a basic ETA movement as a framework.

Instead of hands, Ressence watches display the time using 3 biaxial satellites that rotate on a dial. This dial also rotates and acts as the minute display, with the small satellites acting as the days, hours and seconds. Seeing the dial and satellites rotate around each other throughout the day is an amazing spectacle, especially when you remember it’s all powered by a simple ETA movement. Of course, Ressence has extensively modified the Caliber ETA 2824/2 and added the Ressence ROSC1 atop. The ROSC (Ressence Orbital Convex System) controls the rotation of the satellites and the dial and basically keeps everything in order as it spins around the dial. It’s a staggering achievement in watchmaking, and it’s all done with a simple base movement as a foundation.

Each of the satellites are angled in a way to seamless curve with the angle of the curved, open worked German silver dial.

The dial design of the Type 12OW is a variation on the Ressence watch released in partnership with Hodinkee earlier this year. The dials are practically identical, but the case materials have changed from stainless steel to Grade 5 ‘sintered’ titanium. Ressence claim that the sintering process, whereby the titanium is compacted and formed into a shape by lasers, is a first in watchmaking. The case sides have an several uneven grooves on them that represent the various milestones towards a cure for Duchenne Muscular Dystrophy. Another piece of visual symbolism are the light green accents on the dial which are there as a ‘symbol of optimism‘ as green is the ‘color of hope‘. Whilst I appreciate the gesture, I fail to see how two green accents on a dial symbolize hope, or frankly anything at all.

In all honesty, I’m a little disappointed that it was the Type 1 that was adapted into a watch for the Only Watch auction. It lacks the oil filled dial, magnetic transmission and temperature gauge that feature in the Types 3 and 5. The Type 1 design, despite sharing the same rotating biaxial satellites is not as striking as the other Types. The Type 3 deep black dial with bold colors popping right off the wrist is amazing to look at, and the oil-filled dial is something entirely unique to Ressence. I suppose the Type 1 offers more options for customization and design changes as it lacks the oil filled dial. It’s also disappointing that the design is so similar to the existing watch released in partnership with Hodinkee. There are other Only Watch watches that have more than a passing semblance to their retail counterparts but these are the exception, not the rule. So when a company are unique as Ressence releases a watch that is near identical to an existing model for a special auction, it’s disappointing.

Nevertheless, the Ressence Type 12OW is a fascinating watch that still shows that it’s not the movement that the matters, its what a watchmaker can do with it.