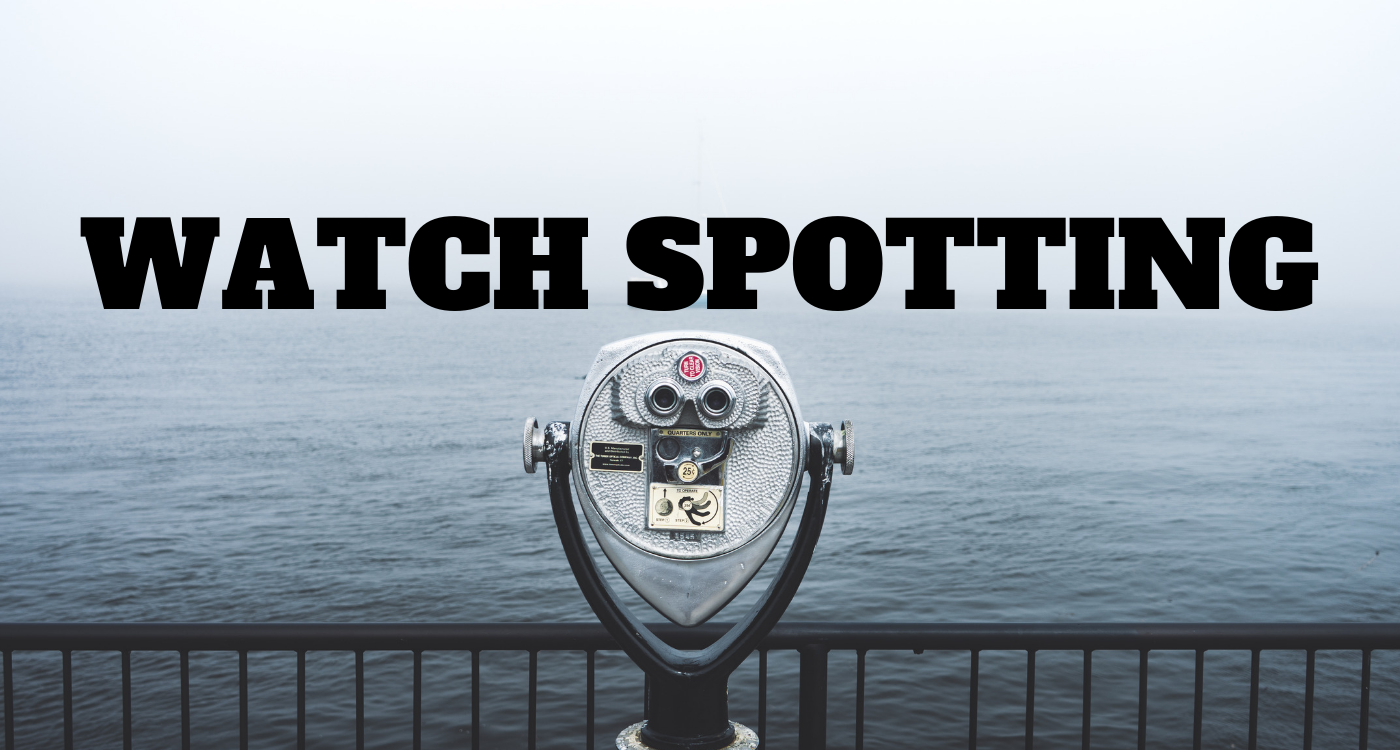 If you’ve been interested in watches for some time, you may have developed an eagle eye when it comes to spotting watches on all sorts of media and out in the public. We at WristReview therefore thought it could be fun to do some watch spotting for our readers and even add some details, facts and opinions along the way. Without further ado, let’s get started with our first instalment of Watch Spotting with WristReview.

The Austrian Oak may not fit the traditional conception of a watch enthusiast, but the action star icon and former governor of California has nonetheless worn a handful of interesting timepieces on the silver screen throughout the last three decades that might have caught the attention of some discerning watch enthusiasts. One may have noticed a Pre-Vendome Panerai on his bulking wrist in Eraser or how he set the time on the coveted Audemars Piguet Royal Oak Offshore End of Days (ref. 25770SN.OO.0009KE.01) in the movie of the same name.

His proclivity towards larger watches doesn’t seem to have changed much over the years as he’s seen sporting the gargantuan Radiomir Egiziano (ref. PAM 341) in this episode of EpicMealTime. Some may mistakenly think that Officine Panerai created this specific model in order to follow the trend of large watches 10 years ago, but it’s actually based on reference GPF 2/56 – also by watch enthusiasts affectionately known as the Big Egyptian – that was created in the second half of the 1950s at the request of the Egyptian navy. The Big Egyptian was fitted with an eight-day Angelus calibre in order to reduce the frequency of the winding operation; it was crafted entirely in steel and produced in low quantities with estimates ranging anywhere from a couple of dozens to 50 pieces.

Reference PAM 341 measures a whopping 60 mm in diameter and comes with a large rotating bezel with reference markers at five-minute intervals – just like its forefather, GPF 2/56. But this is also where the similarities between them end as the former is equipped with the P. 2002/7 calibre, while the bezel and case are done in titanium, a metal known for its high corrosion resistance and strength-to-density ratio. It’s also lighter than steel, but my colleague Harlan Chapman-Green has informed yours truly that it’s still a heavy timepiece despite the use of titanium. One could therefore say that PAM 341 represents a faithful historic reedition of its iconic forefather but with some of the latest technical innovations from the Italian manufacture, especially considering calibre P. 2002/7 which itself is based on their first in-house manufactured and developed calibre P. 2002.

A watch of this size and heft cannot be worn by your average man or woman, but the Austrian Oak pulls it off quite nicely.

The loveable host of The Late Show with James Corden has been sporting his 41 mm Royal Oak with the most sought-after dial variation in blue (ref. 15400ST.OO.1220ST.03) on screen for a couple of years. It first caught my attention once the light hit the facetted bracelet and octagonal bezel of his watch, and my suspicion was later confirmed after having seen this enjoyable clip of Corden’s Carpool Karaoke.

The Royal Oak doesn’t need much introduction, as most watch enthusiasts around the globe are fully aware of the story behind this icon and its pedigree. It all started with the introduction of reference 5402 – a stainless steel luxury sports watch with an integrated steel bracelet – in 1972. Watch enthusiasts have ever since then seen countless of different iterations of this instantly recognisable timepiece that was created by the legendary watch designer and artist Gérald Genta.

Reference 15400 – introduced in 2012 – was succeeded by reference 15500 this year at SIHH 2019. Both references measure 41 mm in diameter and obviously share the same design traits that made Royal Oak the legend it is today. But there’s also a handful of interesting differences between them with the new in-house developed and manufactured calibre 4302 as the most noticeable. Apart from the increased diameter and open-worked rotor, the calibre 4302 ticks away at a higher rate of 28,800 vph and offers 70 hours of autonomy, while the calibre 3120 ticked away at a slower rate of 21,600 vph and offered 60 hours of autonomy, thus offering a smoother sweep of the seconds hand on the dial.

Speaking about the dial leads my thoughts towards another change I’m very stoked about. I’m referring to the removal of the printed Automatic on Audemars Piguet’s trademark dial with grande tapisserie pattern as it adds a cleaner look from an aesthetic point of view, but also because it’s redundant to have this information on the dial. Almost anyone who’s interested in watches at this price level will know whether or not it’s self-winding. Audemars Piguet hasn’t offered yours truly the great pleasure of reviewing reference 15500 yet; but apart from the aforementioned details, I’m quite curious to experience whether or not the increased thickness has an effect on the overall wearing experience as it has gained 0.6 mm in height thus ticking in at a total of 10.4 mm.

Time will tell whether or not James Corden will do an upgrade anytime soon, as the reference 15400 looks great on his wrist and adds a nice finishing touch to his impeccable wardrobe.

It had a reported list price of 13.660 € during its production run of seven years (2012-2019). Please notice that reference 15400 with blue dial became a boutique exclusive during its production run. Reference 15500 (more specifically ref. 15500ST.OO.1220ST.01) is a boutique exclusive as well and has a reported list price of 19.700 €. Its siblings with grey and black dials can be purchased at authorised dealers and at Audemars Piguet’s boutiques as well.

Miss DeGeneres is by no means a stranger to the world of horology and has over the years been spotted with plenty of highly desirable and collectable timepieces, with Rolex and Patek Philippe being her preferred brands of choice. It might be her first appearance on WristReivew’s list of watch spotting, but it’s definitely not going to be her last as this heavy-hitting watch enthusiast most likely hides a couple of tricks up her sleeve that’ll be worth mentioning.

Today, I’ve decided to focus on her reference 5960/1A-001 – also known as The Geisha by some watch enthusiasts – because it’s one of the revered manufacturer’s seldom seen elegant timepieces, outside the casually and yet exclusive Aquanaut and Nautilus family, that combines both a stainless steel case and bracelet with a truly complicated calibre.

Calibre CH 25-520 IRM QA 24H offers a self-winding in-house manufactured and developed chronograph with fly-back mechanism along with an annual calendar and two indicators – each dedicated for day/night and power reserve, respectively. One may consider it an affordable alternative (relatively speaking, of course) to their reference 5270 which is considered the benchmark of timepieces that combines both a perpetual calendar and chronograph. Another may view the 5960-family as a practical alternative considering the fact that you only have to adjust the calendar once a year and don’t have to wind the watch up every third day. I’m leaning towards the latter even though there’s no denying that reference 5270 and its predecessors have a certain je ne sais quoi due to their pedigree that stems all the way back to 1941.

The 5960-family, however, saw the light of day in 2006 and was initially only done in platinum. Later, other variants in platinum and red gold followed. In an effort to attract the attention of younger clientele, Thierry Stern, CEO of Patek Philippe, decided to introduce reference 5960/1A in 2014 while seizing the production of its siblings in precious metals, despite the release of reference 5960P-016 just the year before. Depending on how you define younger clientele, it came with a hefty price tag that most people in their 20s and early 30s will have to save up for a while in order to purchase. Still, there’s no denying that it has a sportier and more youthful look to it, especially compared to its older siblings.

With a diameter of 40.5 mm and a height of 13.55 mm, the 5960/1A can easily be worn by both men and women. The latter was proven to watch enthusiasts around the globe when the amiable host of the talk-show Ellen was wreaking havoc in a mall with the queen of pop herself, Britney Spears.

We at WristReview hope that you liked our take on the watch spotting genre as it’s our intention to come up with these instalments every now and then for our readers to enjoy.  If Corden, DeGeneres or Schwarzenegger have read this article and feel like participating in a full interview about their watch or collection, we’d be more than delighted to hear from you.