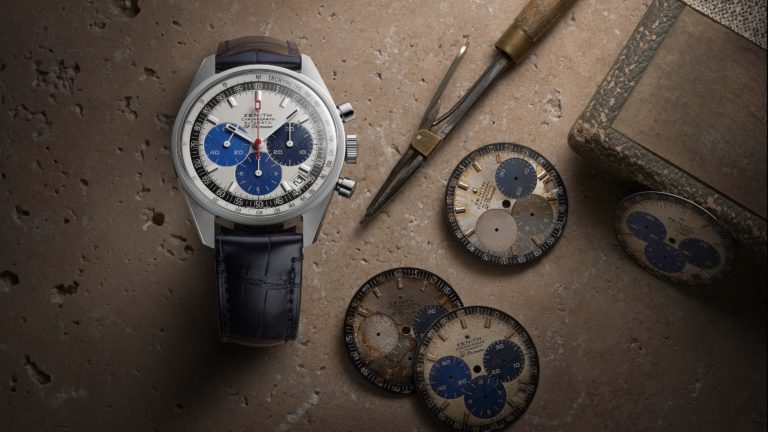 Reproducing something you’ve already made is a big thing in the watch industry at the moment. With retro-inspired styling becoming more commonplace in all industries, from automotive design to furniture, it’s unsurprising that it would pop up here. Unlike other markets, though, watches have the ability to look identical to their older models with no repercussions (you couldn’t make a Peugeot 205 GTI re-issue with the same dimensions, for instance, there wouldn’t be enough space for all the safety gear it needs).

The thing is, lots of people pay homage to vintage designs by expanding on them and changing them, sometimes quite significantly, think of the current line of GMT Master IIs as being models that develop on a past design. What we’re more interested in are those which don’t do that, watches that stay faithful to the original. As well as accuracy, we also looked at the story behind the watch.

The Legend Diver from Longines is a re-issue of the brand’s 7042 reference from the 1960s, which was based on skin diver pieces from the brand in the 1950s. The 7042 used a Super Compressor case to ensure water resistance, using the pressure of water to push the case components together tighter the deeper the diver went. While this is common today, in the middle of the 20th century, it wasn’t. The new Legend Diver from Longines is a watch which has a lot of charm and appeal in the way it looks. It’s also faithful to the original (aside from the date window), something that Longines has proven to be very good at recently. 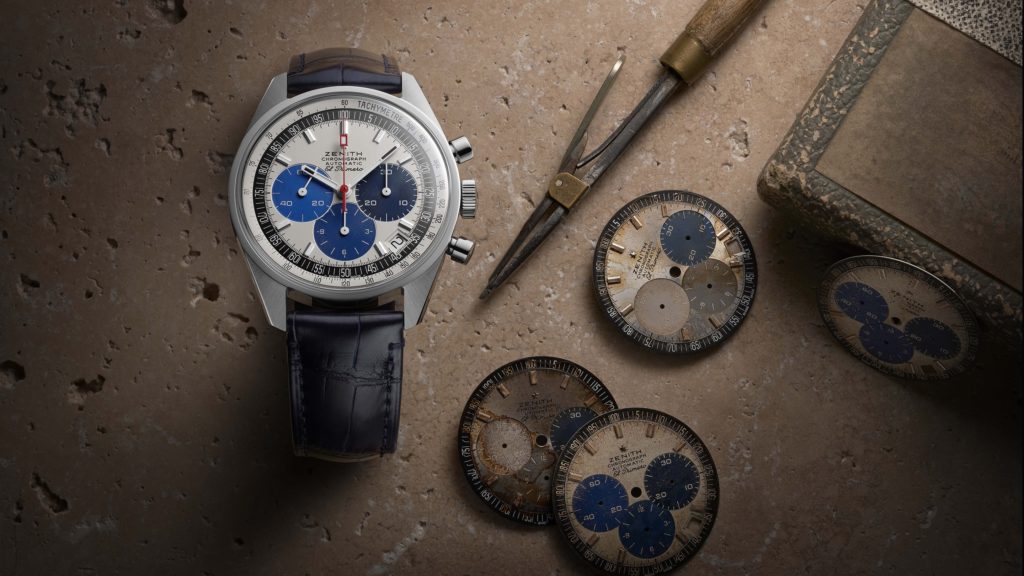 In at position number 4 is Zenith’s Chronomaster Revival piece. It’s not so much a re-issue of a past production model, but it is the re-issue of a prototype that was found hiding in Zenith’s factory. You see, Zenith has had a bit of a troubled past, and was forced to close down at one point. Rather than lose everything, the staff there hid quite a lot of designs, prototypes and machines. Eventually, they were discovered again, but there were still pieces missing. One of them was a box of dials which were destined to be on an El Primero, so Zenith decided to use those dials as the inspiration for a new watch and presented to us the Chronomaster Revival. We loved the story behind this watch so much, coupled with its appearance that we just had to include it on our list. 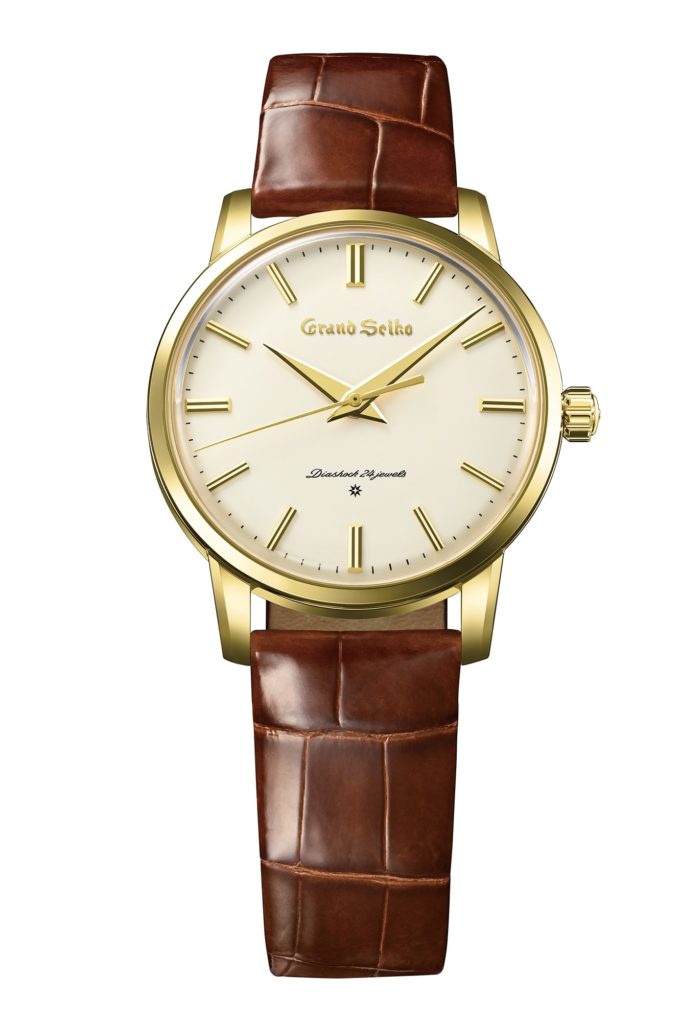 When Grand Seiko decided it was going to celebrate its 50th year of production, it went all-out with its watches and remade the very first watch it produced way back in 1960. We chose this watch because of its tasteful design and charming looks. The size was increased slightly for the re-edition, with the new models measuring at 38mm in diameter, but they still looked very vintage-y. We liked the sharp hands and the printed cursive font which reads “Diashock 24 Jewels”, denoting the 24 jewels of the original watch’s calibre and also the re-edition’s 9S64 calibre too. 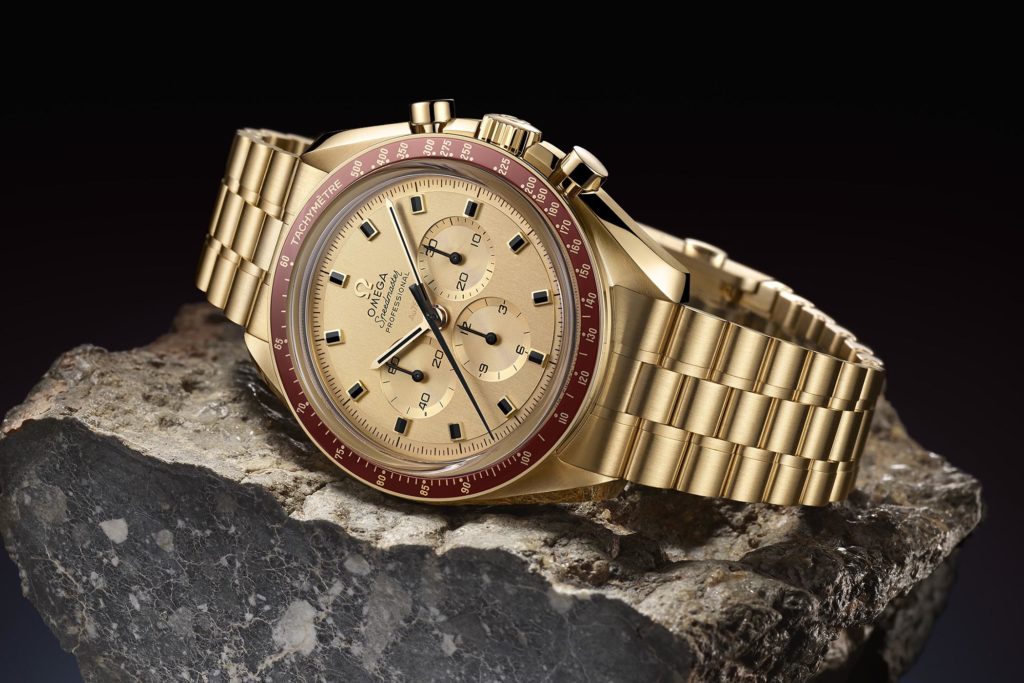 I always loved the old Speedmaster Ref BA145.022. A limited-production Speedmaster made from solid gold with a solid gold bracelet to commemorate man’s landing on the moon for the very first time. To celebrate 50 years since the first landing, Omega decided to re-introduce the gold Speedmaster for another limited-edition run. The original watch used the calibre 861, a Lemania movement which powered the Speedmasters that went to the moon. That movement is on display through the caseback of the 50th anniversary, looking resplendent and yet featuring modern innovations such as a silicone balance spring, which help it attain Master Chronometer status. 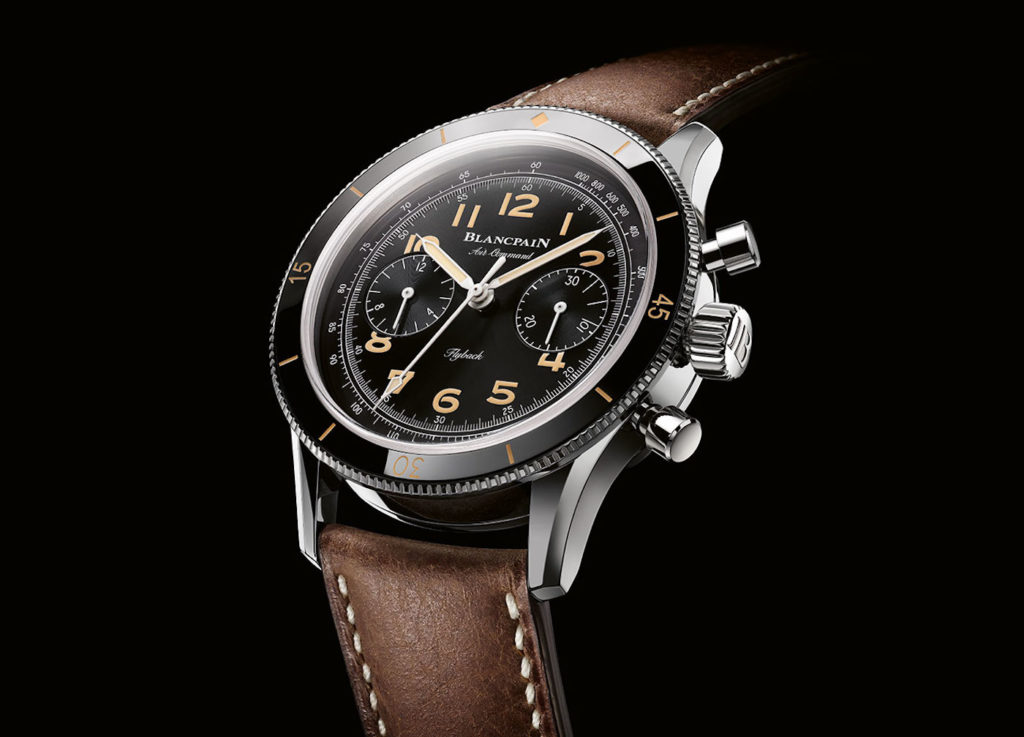 The Air Command, released last year, is Blancpain’s tribute to a piece they made specifically for the US Air Force. The Air Command rode on the back of the Fifty Fathoms’ success as a tool for military forces. Back in the 50s, you couldn’t go out and buy a Fifty Fathoms as they were only military-issue watches, you had to settle for a Rolex Submariner. The original Air Command was extremely limited in its production, which is probably why we forgot all about it until the re-issue was launched. The re-issue, which I got to go hands-on with, uses an in-house made calibre F388B, which is a flyback chronograph calibre with a column wheel operation. It also has some neat finishing and a gold propellor-shaped rotor which just sealed the deal for me. The Air Command hands-on came in at number 8 on the list of our most popular articles of 2019, and the Air Command itself came a respectable 7th place on our Top 10 watches of 2019 list. Now it commands (sorry) the top spot of our Top 5 Vintage Re-Issue watches list.