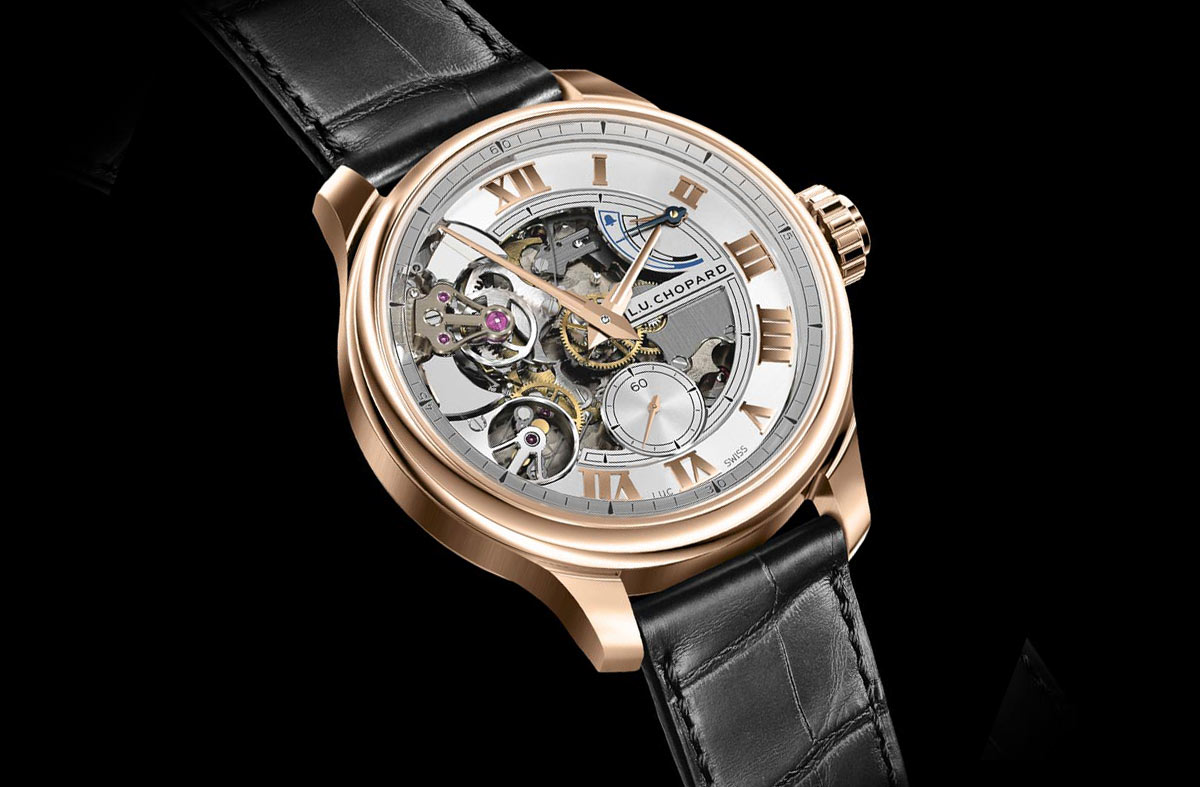 We all love our simple watches, but at the end of the day, we love the complex ones even more. How many times have you looked up the Patek Philippe Grandmaster Chime and imagine what it would be like to use all those little gadgets? Well, wonder no more as we count down our Top 5 complications you can find inside watches.

The minute repeater is said to be the most complex complication to make, and it comes in so many different varieties. They all aim to turn time into something audible, by using a set of hammers and gongs they chime the time. Our particular favourites include the Full Strike by L.U.Chopard, which we like because it’s their first step into the world of minute repeaters. We also like the Zeitwerk Minute Repeater, for its inventive layout and the fact it chimes ten-minute increments rather than quarter hours. The Masthead loves the Patek Philippe 5078P-001 because of how sleek and sexy it is, it’s very under the radar. I love the Breguet Tradition 7087 because it just looks amazing, and the hammers strike upwards on that watch, with the power coming through a fusée & chain system.

This one is probably the most misunderstood and confusing complications of all time. The Equation of Time complication is an extraordinarily clever device that demonstrates the difference between mean solar time and apparent solar time. Great, well, what does that mean to me? Actually not much, for the most part, it will simply appear to be a hand going back and forth between -15 minutes and +15 minutes, but these are actually very important. Depending on where you are on the planet (this is something set up in the boutique on first purchase), you may be up to 15 minutes away from the truest of true time, or you might be exactly on it, you never know. These complications are hard to come by, but Audemars Piguet is quite adept and building them, also, check out the Breguet Marine Equation Marchant 5887 released this year for a demonstration of a different layout.

Yet another odd one that we don’t see around too often, that is unless you are a big fan of Urwerk which makes many versions of this complication. In essence, the wandering hours complication shows time in a different and more inventive manner. Wandering hours make use of a 60-minute scale which usually occupies one-quarter of the total circumference of the dial edge, in the centre, three separate hour indicators spin around a central axis in the middle of the dial, as well as on their own individual axes. When set up properly, these hours coincide with the scale on the watch, you are able to tell the hours and minutes, some watches even include a seconds hand. It’s a really really hard one to explain and I thoroughly recommend you take a look at a couple videos of some Urwerk watches sped up to understand it, after you have finished reading this article, of course.

What’s one of the biggest problems for most avid watch enthusiasts when it comes to complications? Other than their general high cost and maintenance price tags. It’s most likely that they are passive, that is to say, you set simply wind them up and watch ‘em go. The chronograph is different though, you have to engage with your watch in order for it to function. Let’s face it, activating the pusher on the side of the case and knowing that inside the little box on your wrist a load of tiny gears and wheels have seemingly magically aligned themselves in order to make some hands turn is pretty satisfying, both to feel and to see before your eyes. Some popular models include the Daytona from Rolex and the Omega Speedmaster, but I particularly like the Royal Oak Offshore from Audemars Piguet for its heavy duty appearance and unique style and presence on the wrist.

Ah yes, the tourbillon. Whether or not it’s effective any more in a watch is something for another day, but we still can’t help the fact that we love it. It’s a status symbol among manufactures, only the best makers can produce them to the highest standards. Since its invention, it’s been in hundreds if not thousands of different watches and types of the years, ranging from 3D gyro tourbillons to Panerai’s weird vertically rotating tourbillon and all the way in between as well. My favourite tourbillon watch of all time is the Breguet Classique Complications Double Tourbillon, I just think it’s the best out there and my personal grail, but I do like some of the skeleton watches Roger Dubuis makes that feature tourbillons. I just love a tourbillon, what about you?