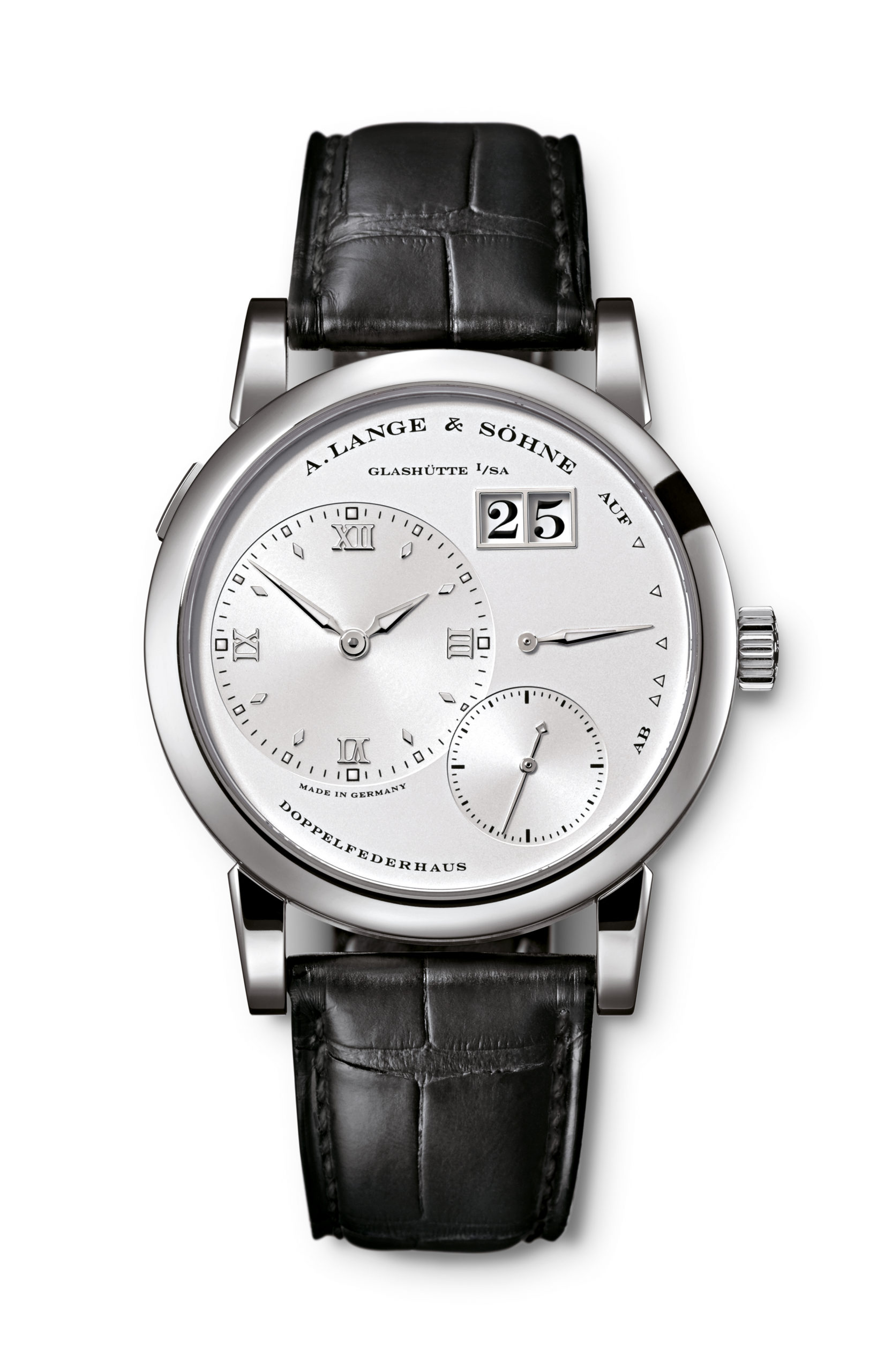 It’s hard to know where to start with some companies. While most do lines that have clear meanings behind them, things like the Submariner and Seamaster are diving watches, while the Type XX and Navitimer models are clearly pilot’s watches and so forth. The further up the ladder you go, the harder things become to distinguish from each other. As you’ve got the dress watches like the Patrimony, the sports watches that are really using dress watch movements like the Nautilus and then there’s all those extra complicated watches which just are too big and bulky for dress attire and worse than useless in the pool or anywhere near water in fact. None such manufacture does this as A. Lange & Söhne, the maker of some of the finest smart-casual watches around. Here are my five favourites from this German wonder. 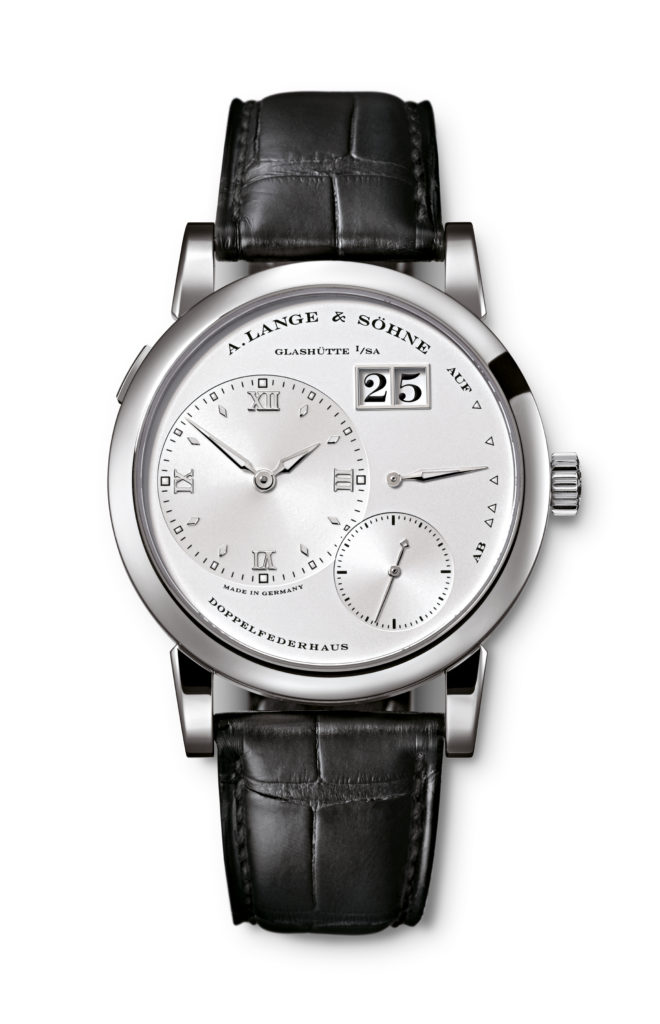 Coming in at number 5 is the classical Lange 1 watch. This one single-handedly (well, it’s got 4 hands actually but you catch my drift) brought A. Lange & Söhne back from the dead. I particularly like this one in a white metal, being very classy and an all around lovely watch to behold. Our friends at Lange always do an amazing job with the construction and finishing of their watches and the Lange 1 is the crown jewel of their collection for good reason. In 38.5mm it’s a classical size with a dial that’s as modern as ever. I chose this version as white precious metals are so much more contemporary and the silvery dial catches the light well. 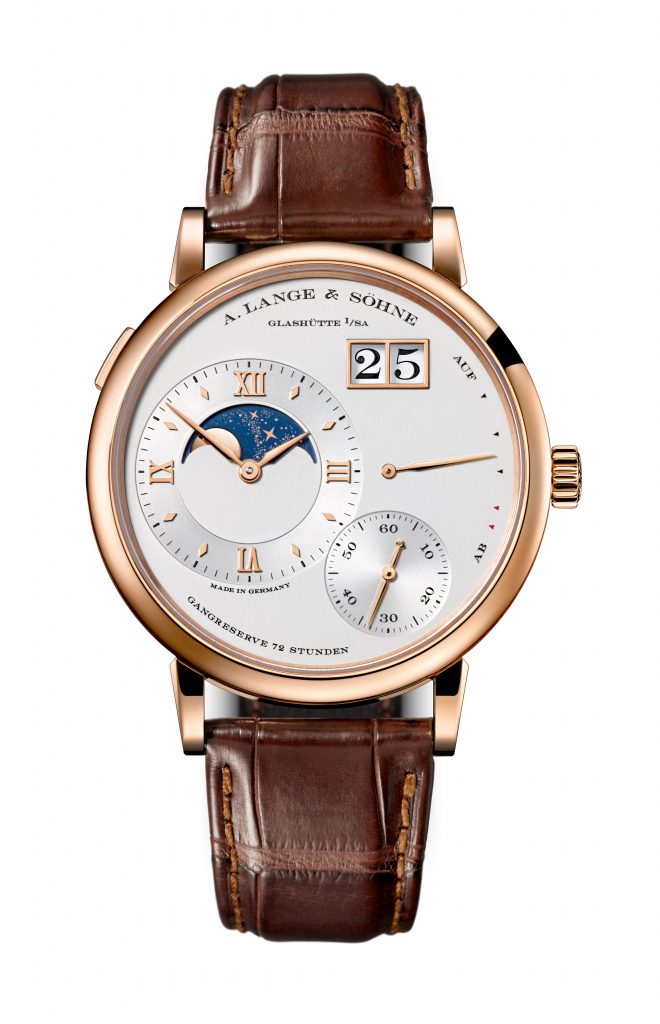 Of course, 38.5mm dress watches aren’t for everyone. In today’s modern watch society that’s actually pretty small considering the norm is anywhere between 42mm and 46mm. Enter the Grand Lange 1 Moonphase, the largest Lange watch that doesn’t have an enormously complicated movement inside of it which requires a big case. The Grand Lange 1 Moonphase comes with a slightly different dial layout to the smaller Lange 1 Moonphase, where the dial is located in the seconds subdial. I actually prefer this in pink gold, I think it looks just a little slicker and goes well with the traditional colours of gold and blue for the moonphase. 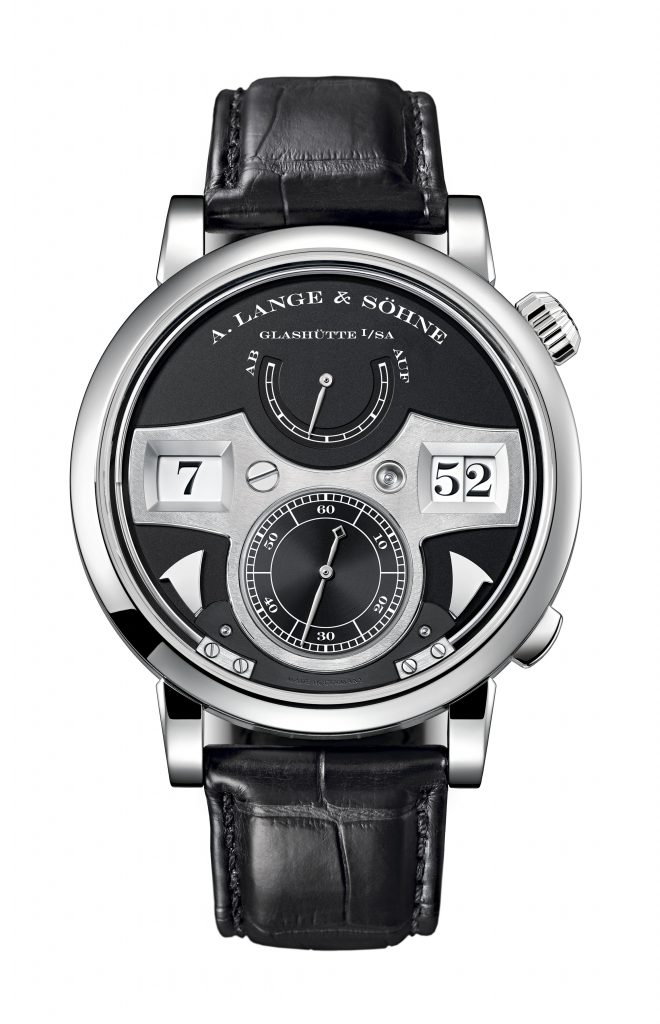 Striking watches are a fascinating thing, there are loads that do different things. Some chime with two hammers, some with three and even a few can perform the Westminster Chime. My favourite thing about the Zeitwerk Striking Time is the fact that it chimes every quarter-hour, with a different toned chime on the full hour. You can also silence this from the push of a button should you be in a boardroom or other highly focused setting. I like the white gold version the most, the black contrast of the main dial combined with the time bridge provide a, if you’ll pardon the pun, visually striking appearance. 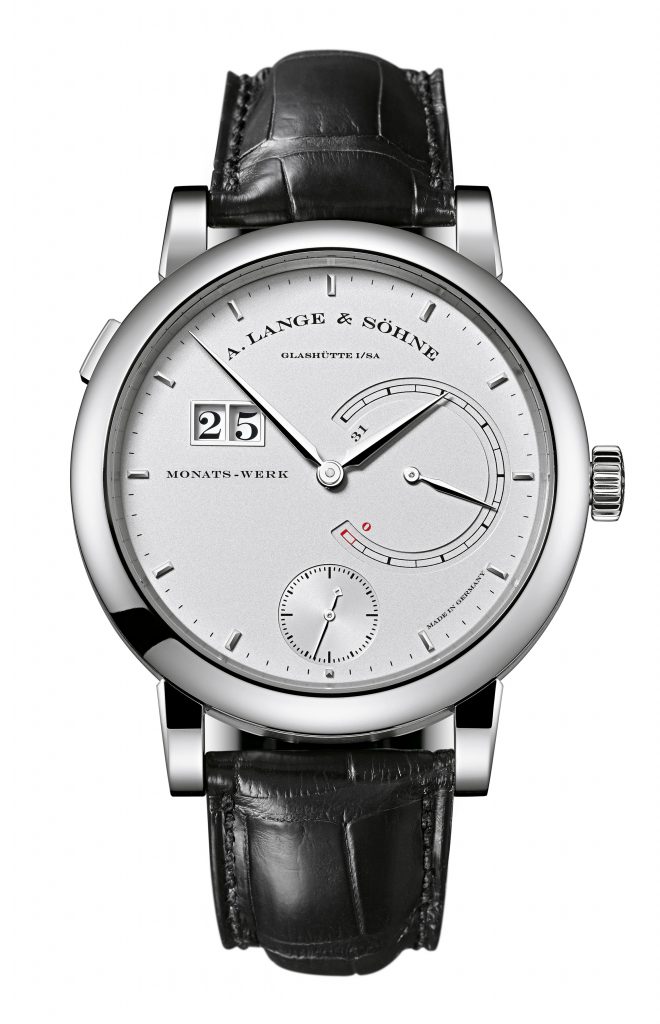 Introducing New Watches From Breguet For 2020

This is my second most unlikely grail to ever have, the first being the Breguet Classique Complications Double Tourbillon. The reason I love this watch is because it’s German but it’s so quirky. It’s wound on the underside via a specially designed key, it lasts a whole 31 days and is so thick it would try to punch your pathetic cuff for being too skinny. Apart from that it’s got a similar layout to the Lange 1 despite being in the Saxonia range, it’s also got the classical outsize date complication and is a watch I’ve spoken about as perhaps the ultimate dress watch (read more here). The only reason I didn’t choose white gold was because I haven’t had a hands-on opportunity yet. 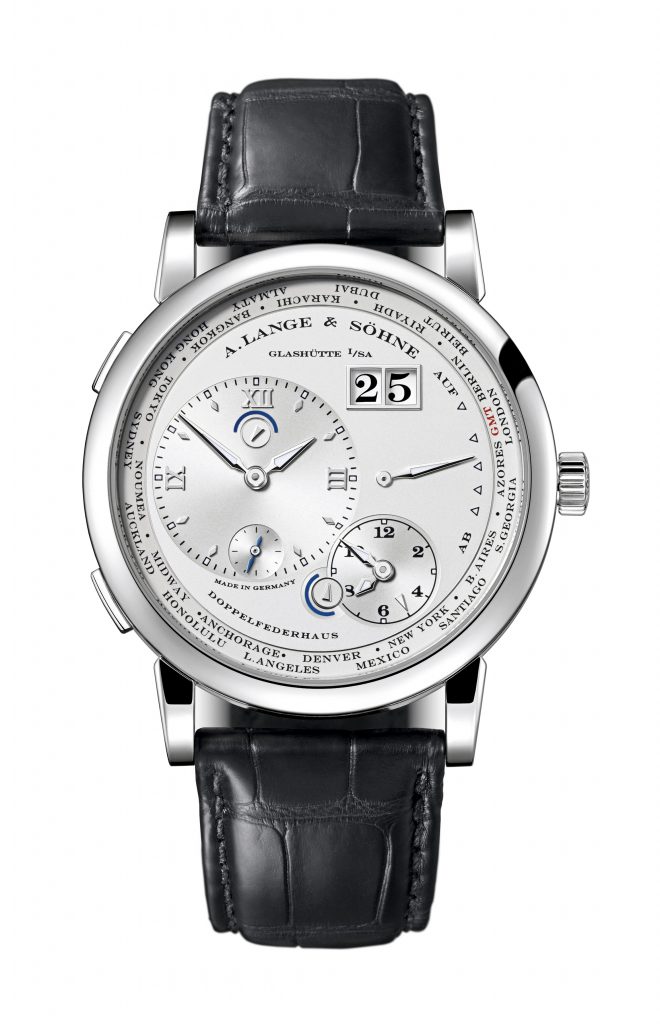 The moment I tried this one on during the watch viewing at the A. Lange & Söhne manufacture last year it disappeared on my wrist. It was one of those few watches that just fitted so well it was unreal, I loved it. Sure, the Lange 1 has featured on my list a lot, but the fact the design is so adaptable is a testament to the company. The Timezone features a second sub dial with hours and minutes along with a day/night indicator that adjusts when you operate the city ring pusher. This allows you to keep track of both home and away time, or just be like one of those reception areas you see in the headquarters of fictional businesses that have about 6 different clocks on the wall with the same time on for some reason.

Thank you A. Lange & Söhne for making some of our favourite watches.