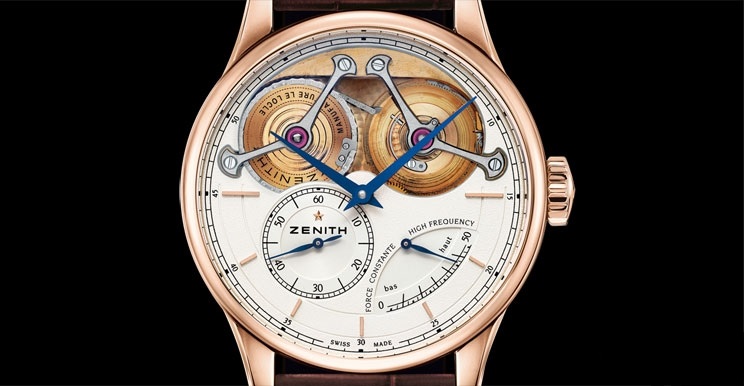 Zenith will be celebrating its 150th anniversary in 2015 by launching a special Zenith Academy Georges Favre-Jacot timepiece, which honors the founder of the brand. This particular piece is limited to just 150 pieces and powered by the legendary El Primero movement a chain and fusée mechanism. 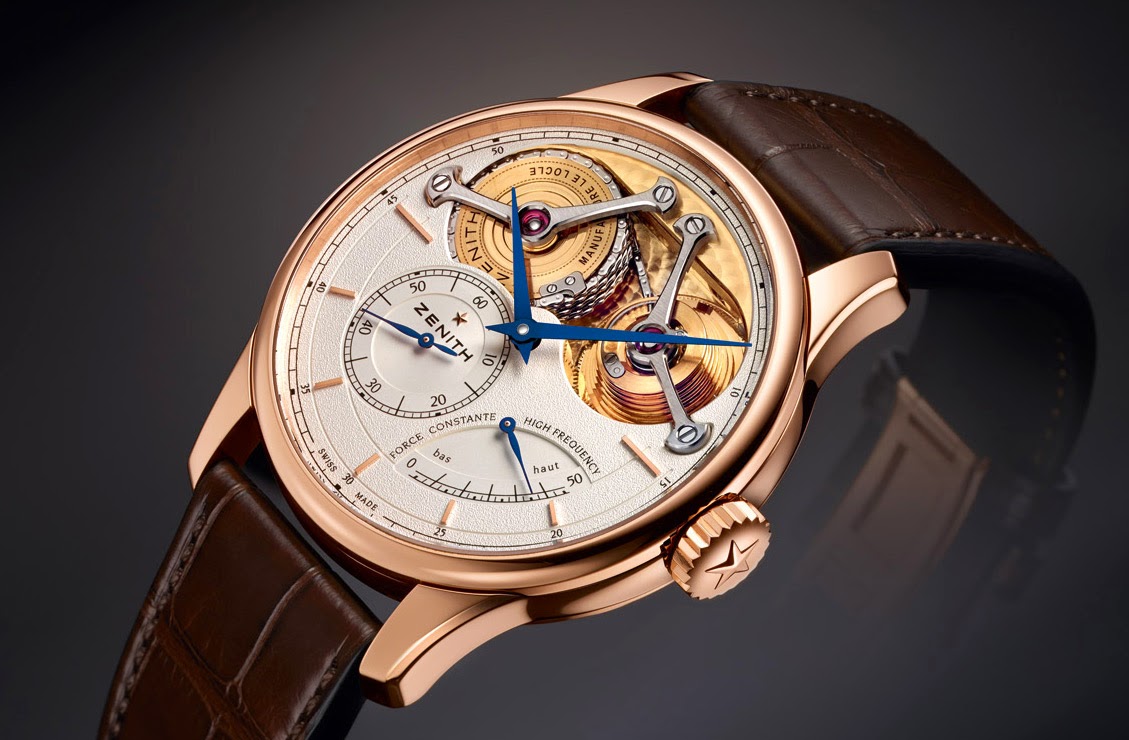 Crafted from 18-carat rose gold, this special edition masterpiece measures 45 mm in diameter, excluding crown. It has a silver-toned dial with brown alligator leather strap. Once launched in 2015, it is estimated to be priced at USD82,700 (to be confirmed).

The legendary El Primero movement is a Zenith masterpiece. Conceptualized, designed and introduced in-house back in 1969, the El Primero was the world’s first integrated automatic chronograph movement. It was also the most accurate movement ever produced – beating at the frequency of 36,600 vibrations per hour. 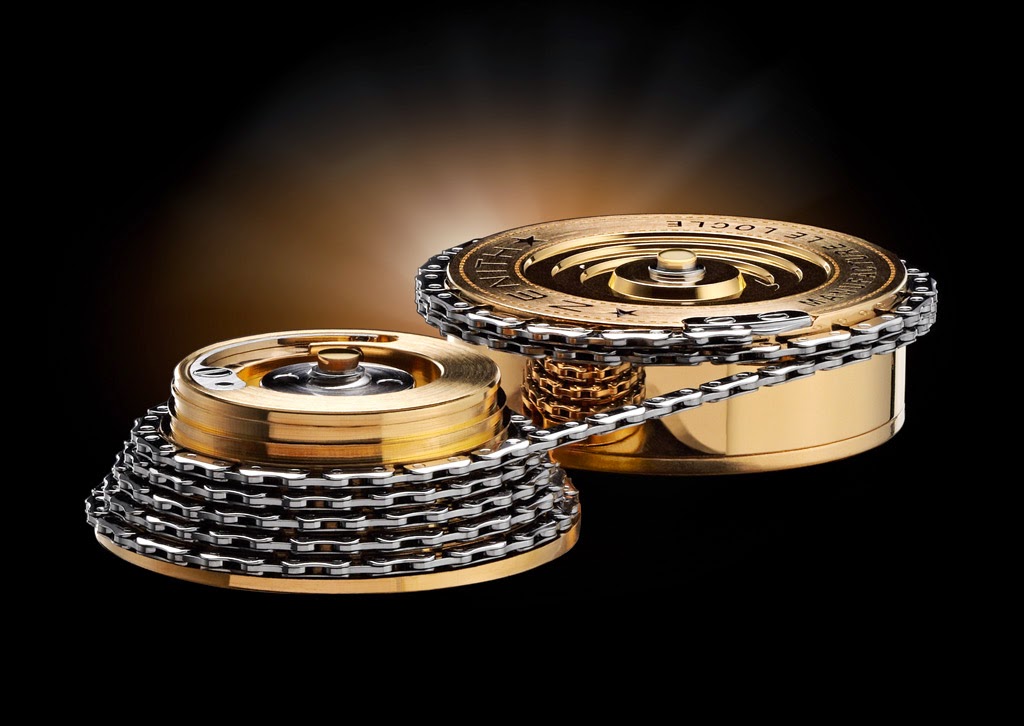 As you can see from the image above, the fusée-and-chain transmission system is fitted with a hand-made chain that moves power between the mainspring barrel and the going train. Since the going train is always driven by the same amount of torque, regardless of the level at which the mainspring is wound, the fusée-and-chain transmission system is one of the most effective solutions for increasing the accuracy of a mechanical watch.

However, the skill required to make the fusée-and-chain complication is extremely rare. Only knowledgeable watch enthusiasts and horologists can appreciate the level of precision required to do this. This is the kind of skill set  Zenith wants to be known for. 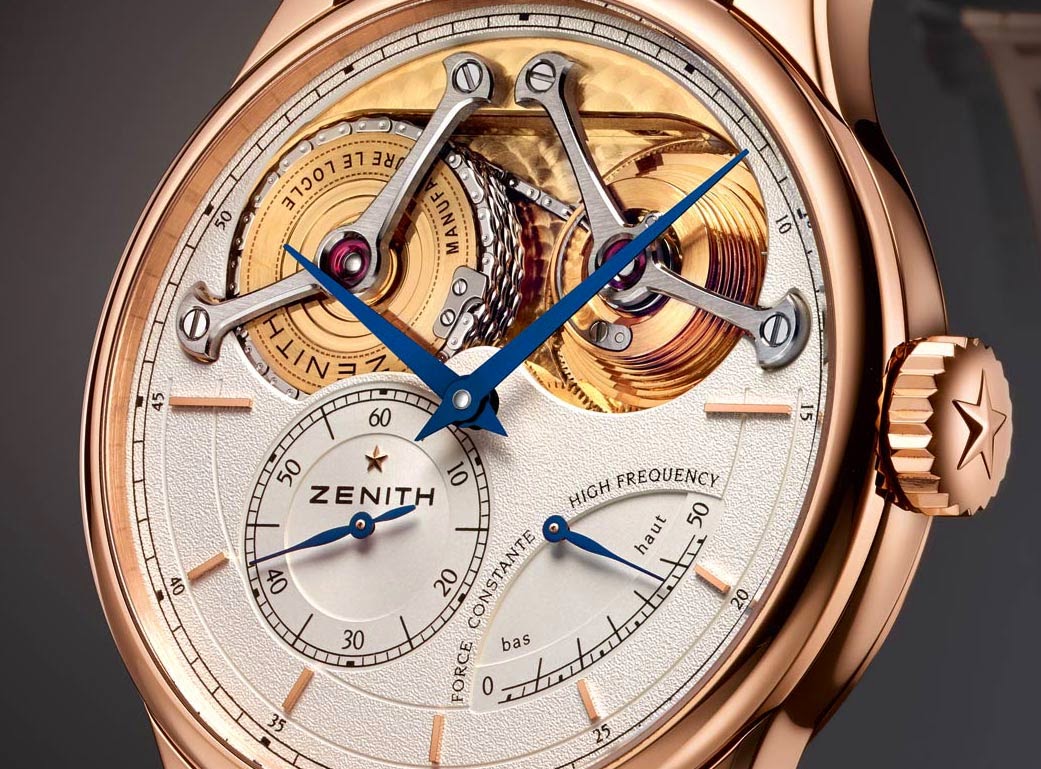 The fusée and chain transmission can be seen in an opening on the dial. The barrel is set at 10 o’clock while the fusée cone is set at the 2 o’clock position. The motive power is provided by a COSC certified high-frequency hand-wound El Primero 4810 movement, which provides around 50 hours of power reserve. There is a power reserve indicator at the 4 o’clock position and a small seconds sub-dial at 8 o’clock.

I salute Zenith for choosing this ‘simple’ design to showcase its capabilities. It is becoming very fashionable by watch brands to fit in as many complications as possible into a typical watch casing as proof of the technological prowess. These brands fail to realize that a wrist watch is only useful if it can be used in a typical and mundane scenario. As it stands, these so-called “super complicated watches” are so fragile that the only thing it wraps itself around is a pillow case in a display cabinet.

With this model, Zenith reinforces its expertise by highlighted the iconic El Primero as well as its skill at marrying a very complicated system in the form of a fusée and chain mechanism to an already accurate movement. 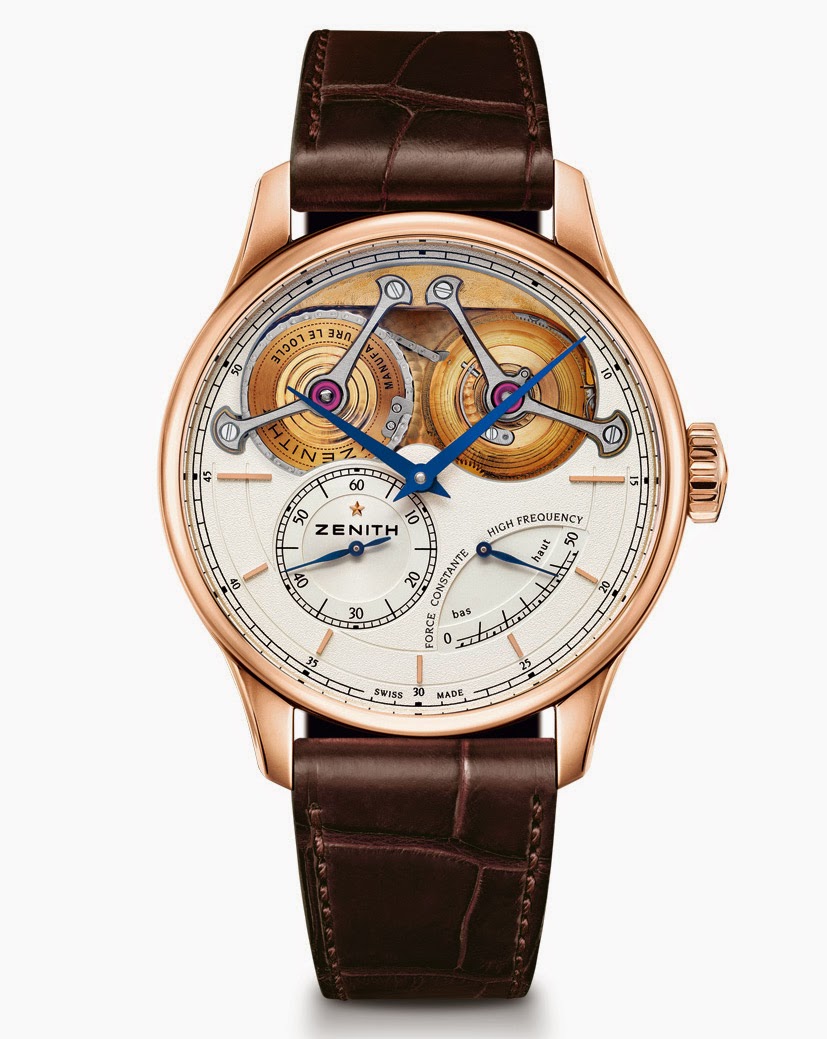 Interestingly, Zenith decided to marry this movement with the fusée and chain mechanism. This is not a brainchild of Zenith but in fact a design that is 300 years old. The benefit of the fusée and chain system is minimizing the loss of amplitude of a movement and improving the driving force as stable as possible. This and couple with the El Primero movement promises a movement of extreme accuracy. For more info, please visit zenith-watches.com