A Brief History Of Panerai

Now, for one of the most debatable topics in Panerai’s history, was Panerai’s first few models conceptualized by Rolex and did Rolex’s design eventually become what Panerai was known for?

To start off, let us first understand how Panerai came about as a company. In the early 1900s, Panerai used to be a producer of technical equipment such as compasses, depth gauges, and was the Italian Navy’s long term supplier for various nautical, signal, and measurement instruments.  it was not until 1935 that Panerai landed a contract with the Italian navy to develop professional diving watches. Without any prior experience in making professional dive watches, Panerai turned to the guys who were at the forefront of the industry – Rolex. By 1938, Officine Panerai produced diving watches for the Italian Navy known as “Radiomir” with movements, cases, and crowns all made by Rolex.  Subsequently, Panerai switched to less expensive Angelus movements, and then finally stopped production of timepieces all together for about 50 years.

Now, on to the exciting part. The diving watches for the Italian Navy had three requirements:

The one thing we know is the first Panerai professional diving watch made by Rolex was essentially a Rolex Oyster pocket watch with wired lugs that were soldered onto the case. 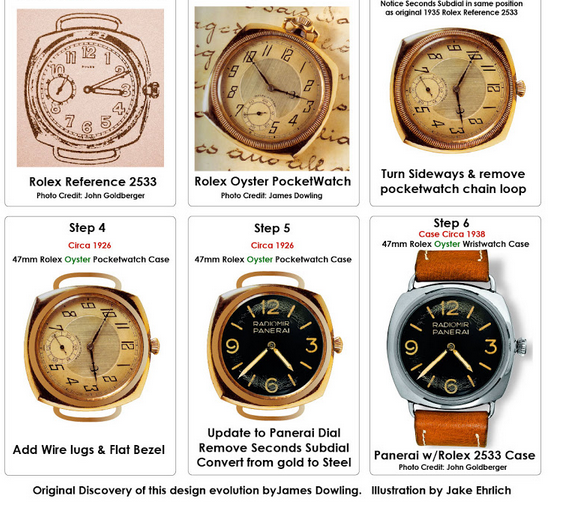 The first prototype watch, using a 47mm Rolex case with a Rolex movement and a Rolex winding crown, is called “2533”. Only one piece was made, and it still exists today, using a “Radiomir” dial.

It is currently owned by Francesco Ferretti – one of the most important vintage Panerai connoisseurs in the world, and located in his museum located in his new showroom in Montecatini Terme, PT.

Picture of the Reference 2533 as shown below: 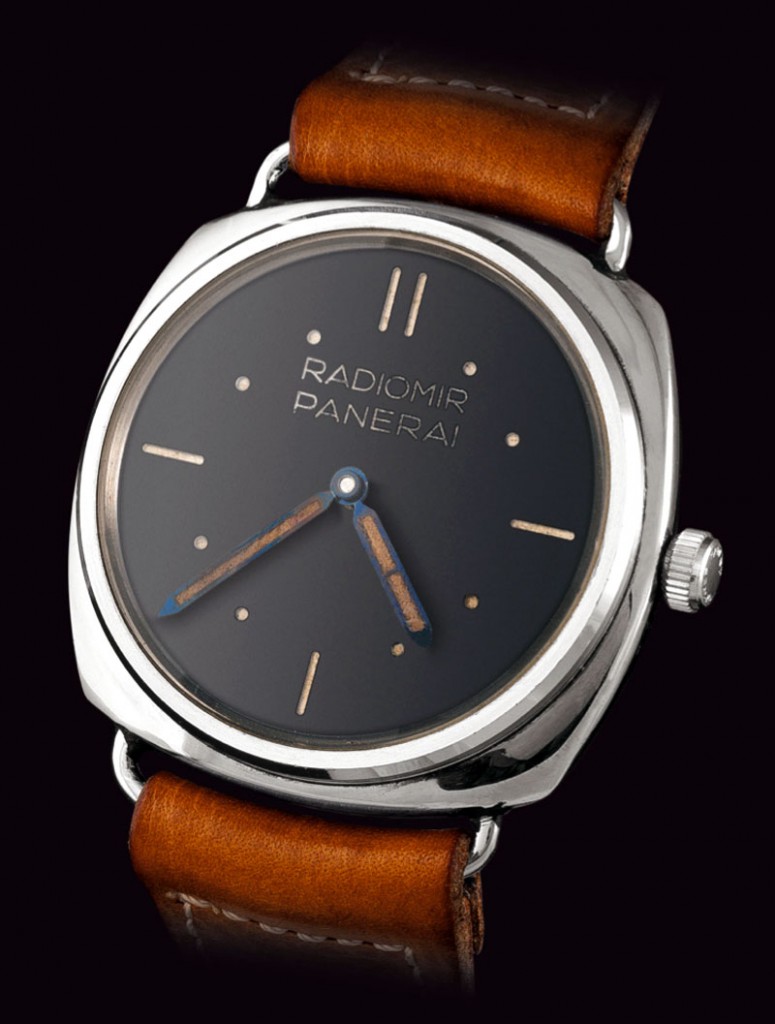 In this photo, the case back has been removed to reveal the Rolex movement. 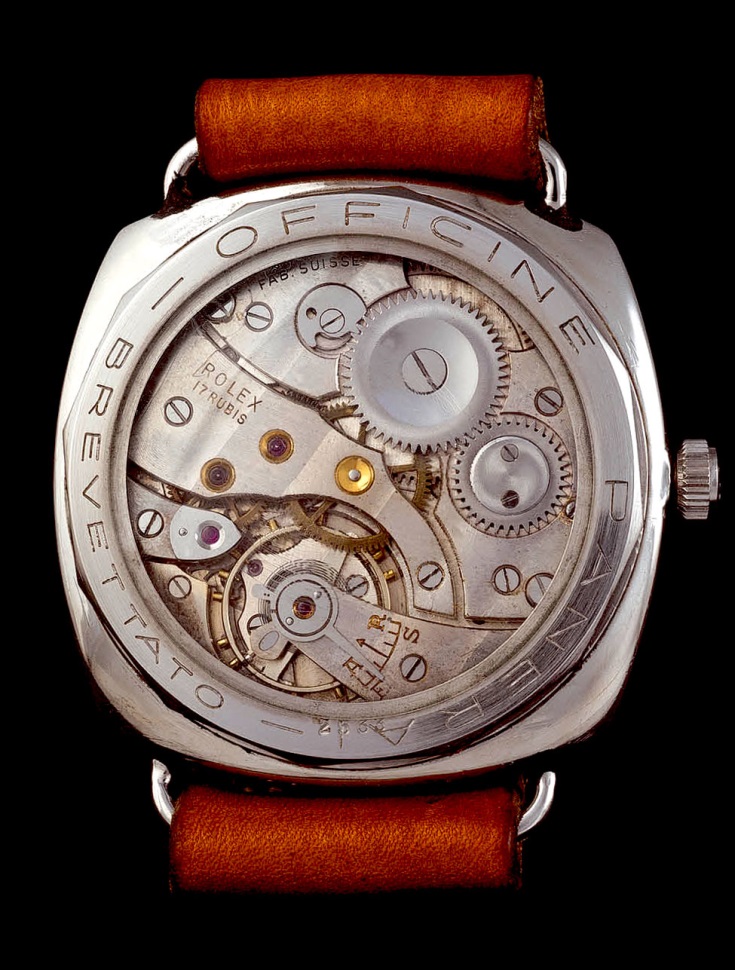 Building upon this watch, Panerai produced watches with the reference “3646” in various versions from 1938 until the 1950‘s. These watches have also been used by German “Kampfschwimmer” units with “no-name” dials – no lettering on the dials. Panerai later replaced these dials and began using the self-illuminating dials with Radiomir/later Luminor material. Panerai also changed the bezels to a deeper version because the “Sandwich” dials from Panerai were deeper than the “California” dials from Rolex.

At the request of the Italian Navy, progress through the following years also resulted in the wired lugs being changed by creating a completely new case made of one massive block of steel to stabilize the watch. In addition, a movement with a larger power reserve (8-day Angelus cal. 240) was used in these watches. These are listed as reference “6152”, “6152/1”, and “6154”. Cases were still made by Rolex.