It is easy for those just getting familiar with the world of horology to make the assumption that Switzerland is the birthplace and the center of high-end watch making then, now and in the foreseeable future. It is priceless to see their expressions when they find out about the great contributions made by non-Swiss watch makers from Germany and from the Far East.

One German brand in particular that shatters this erroneous perception is A. Lange & Söhne. This brand has created a lot of masterpieces and the latest to come out from Glashütte embodies the spirit, history and philosophy of the brand – The 1815 200th Anniversary F. A. Lange Limited Edition Watch.

It is hard to imagine for the uninitiated that this company has such a long history. What is more amazing is the story behind the founder of the brand, Mr Ferdinand Adolph Lange, an extraordinary gentleman with many talents apart from watch making. This watch has been created to acknowledge the birth of this man for whom German watch making owes in gratitude.

Many watch making inventions were attributed to him but as Mayor to the town of Glashütte, he was able to set the groundwork by developing the town to have all the necessary facilities to become a watch making powerhouse.

This watch was made to commemorate the 200th year since his birth on 18 February 1815. 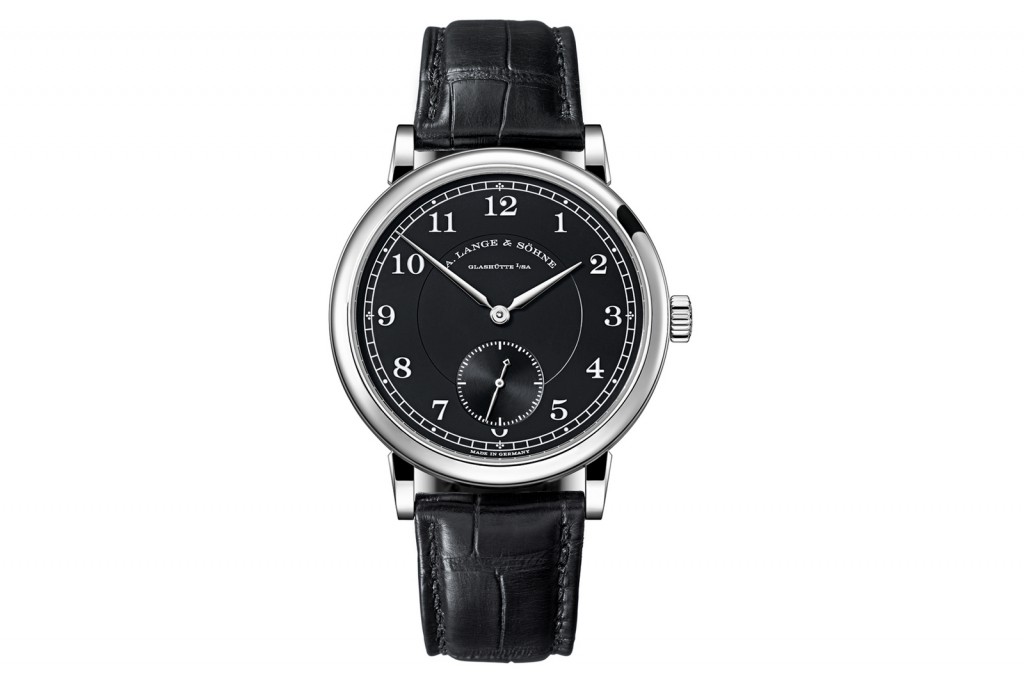 This watch is devoid of any intricate complication. Apart from the three hands with the seconds hand in a sub-dial located at 6 o’clock, it is marked with Arabic numerals, a railway-track minute scale and the brand. It has a sanitized look, with just a black and white theme. The dial is protected by sapphire crystal with anti-glare treatment.

The 40 mm wide casing is made out of platinum and the dial is solid silver painted pure black. Thickness is a mere 8.8 mm. 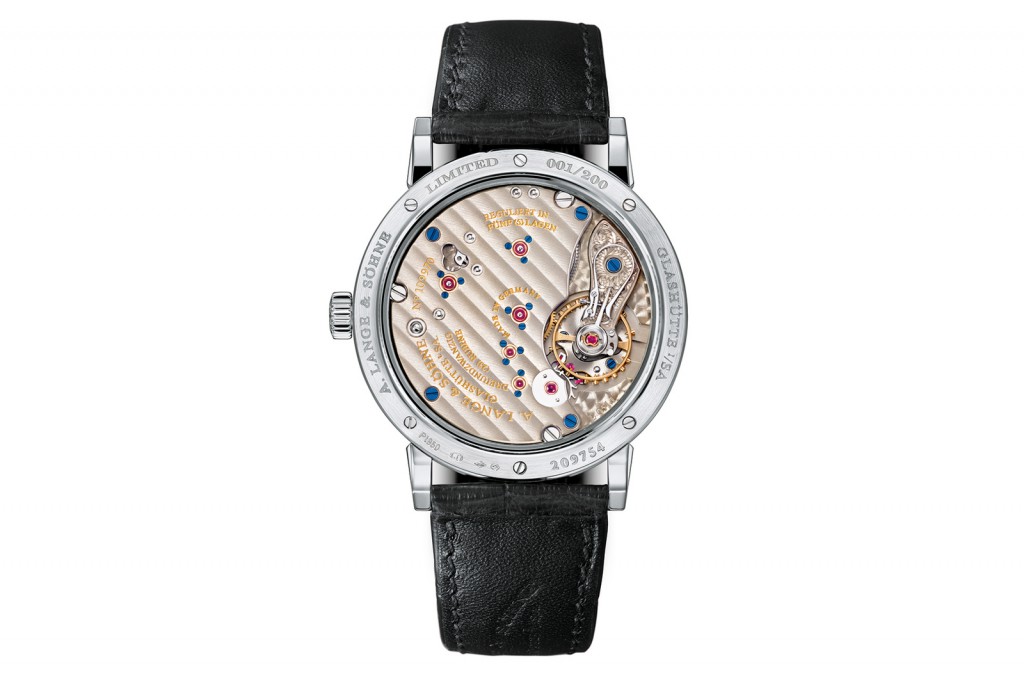 Powering this beauty is the L051.1 manufacture calibre, visible through the sapphire-crystal display caseback. The movement is fully decorated by the artisans at A. Lange & Söhne. It comes with two barrels for 55 hours of power reserve and a stop seconds mechanism. The movement beats at 21,600 vibrations per hour or 6 hertz. 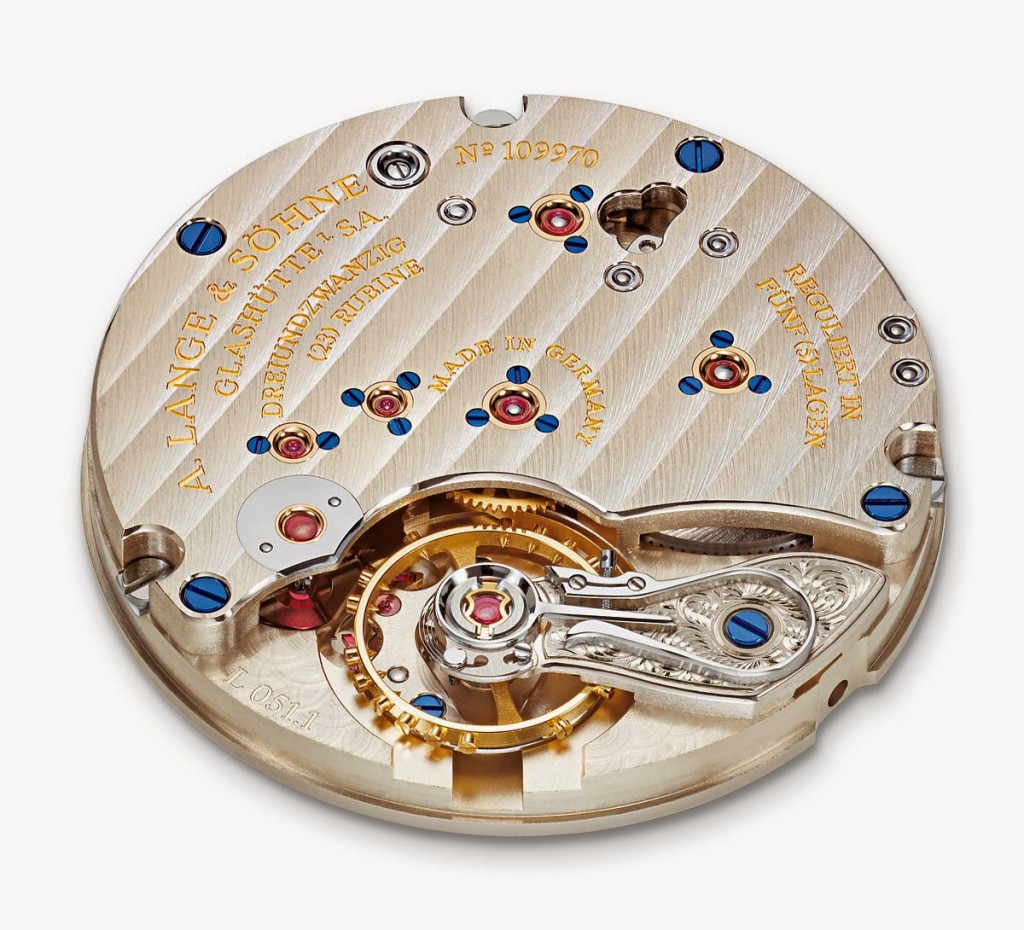 Unlike other brands that would choose this opportunity to go wild, cramming as many complications to show off of their design and manufacturing prowess, A. Lange and Söhne chose a design under the simple 1815 family to commemorate the most important person in their history. Some may argue that it is a let-down to a man that single handedly put Glashütte on the map of high-end horology.

However, this would not reflect the true philosophy of Mr Ferdinand Adolph Lange. He envisioned a watch that is accurate and can be universally used in any occasions designed by the sharpest minds and made by the best artisans that Germany can produce.  This 1815 “200th Anniversary F. A. Lange” Limited Edition watch fits that bill perfectly. It could be worn anywhere which would make him proud if he is alive today.

This is the essence of A. Lange and Söhne.