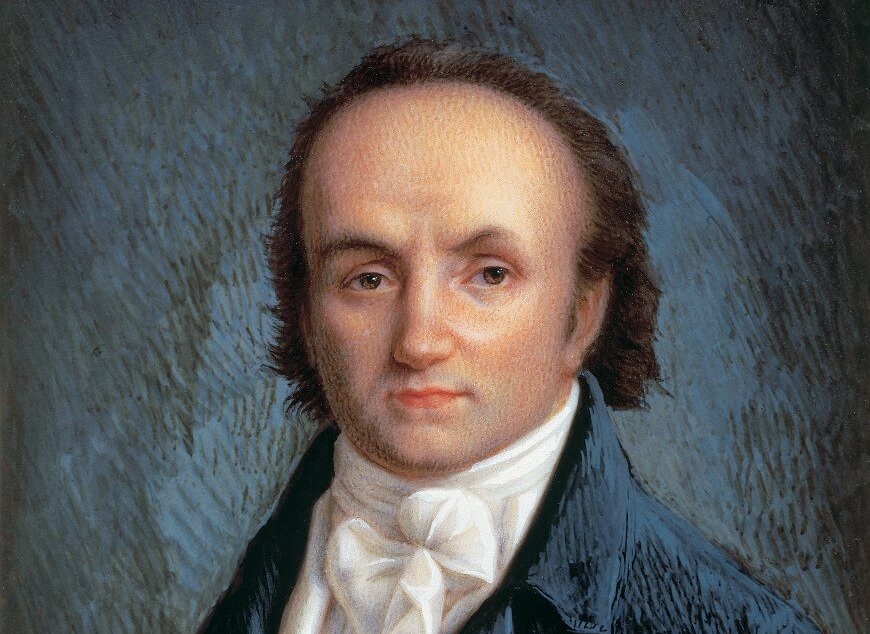 Accuracy Through The Ages

Over the course of our history, we have sought to make sense of our environment and master the elements. What this means is that, as well as building houses and hunting for food, we must also understand the time and how it moves around us. This is no easy feat. Think about glancing at your mobile phone to see the clock, how much work went into making something as simple as that? Today, we are going to look in-depth at the various methods of keeping accurate time that have come and gone over the years. You may see some familiar faces which have been mentioned elsewhere before, and you might be a little surprised too. 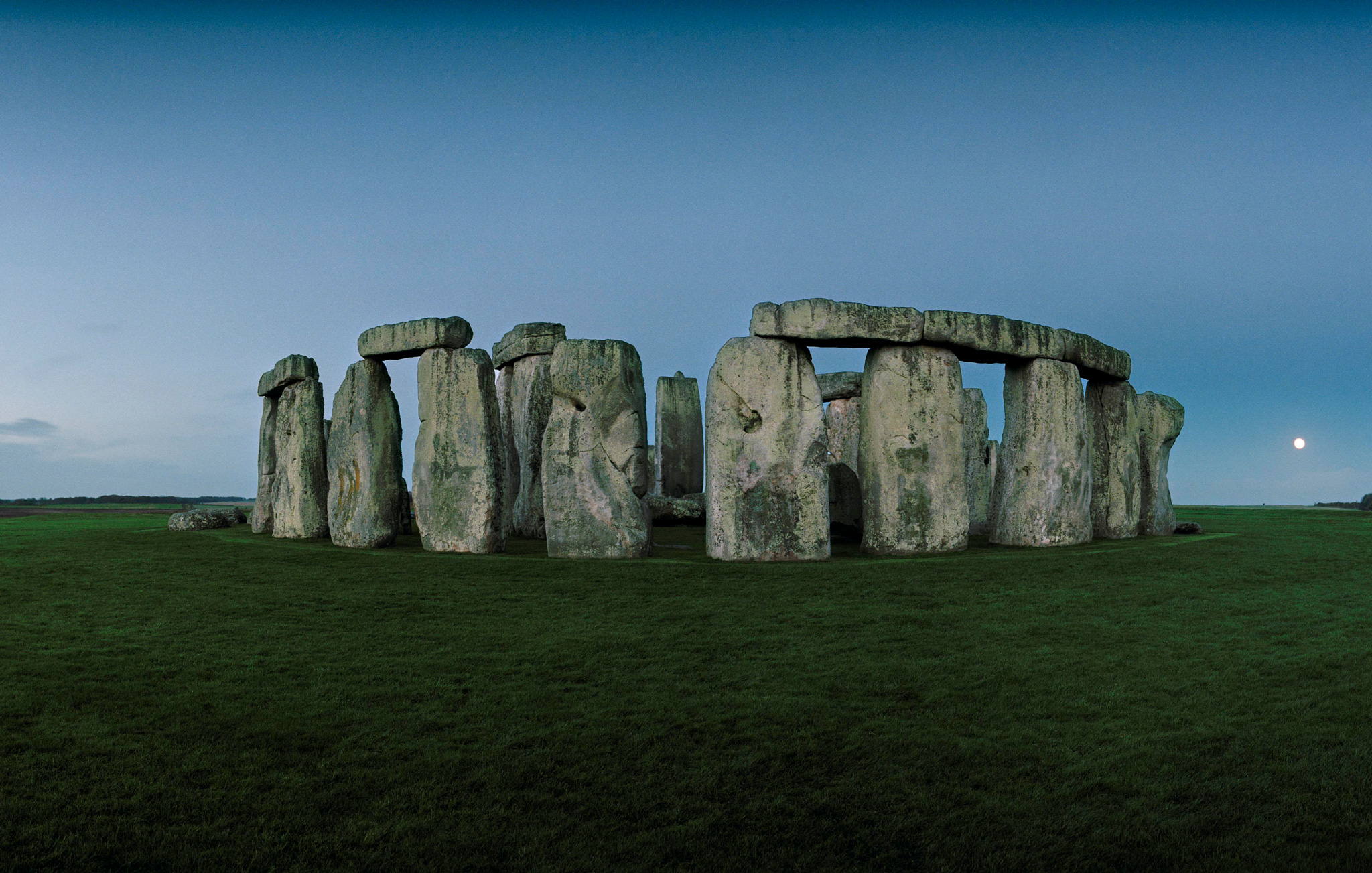 Our journey begins not in some dusty old workshop, but rather in a grassy field in Wiltshire, England. Standing tall and proud is a monument which is recognisable to all, Stonehenge. One of the wonders of the world, the actual function of Stonehenge remains a mystery, but it is believed that the placement of the stones aligns with the placement of the sun in the sky during the summer and winter solstice. While it is unconfirmed, it is my view that this could well be the oldest example of any kind of timekeeping device in existence. 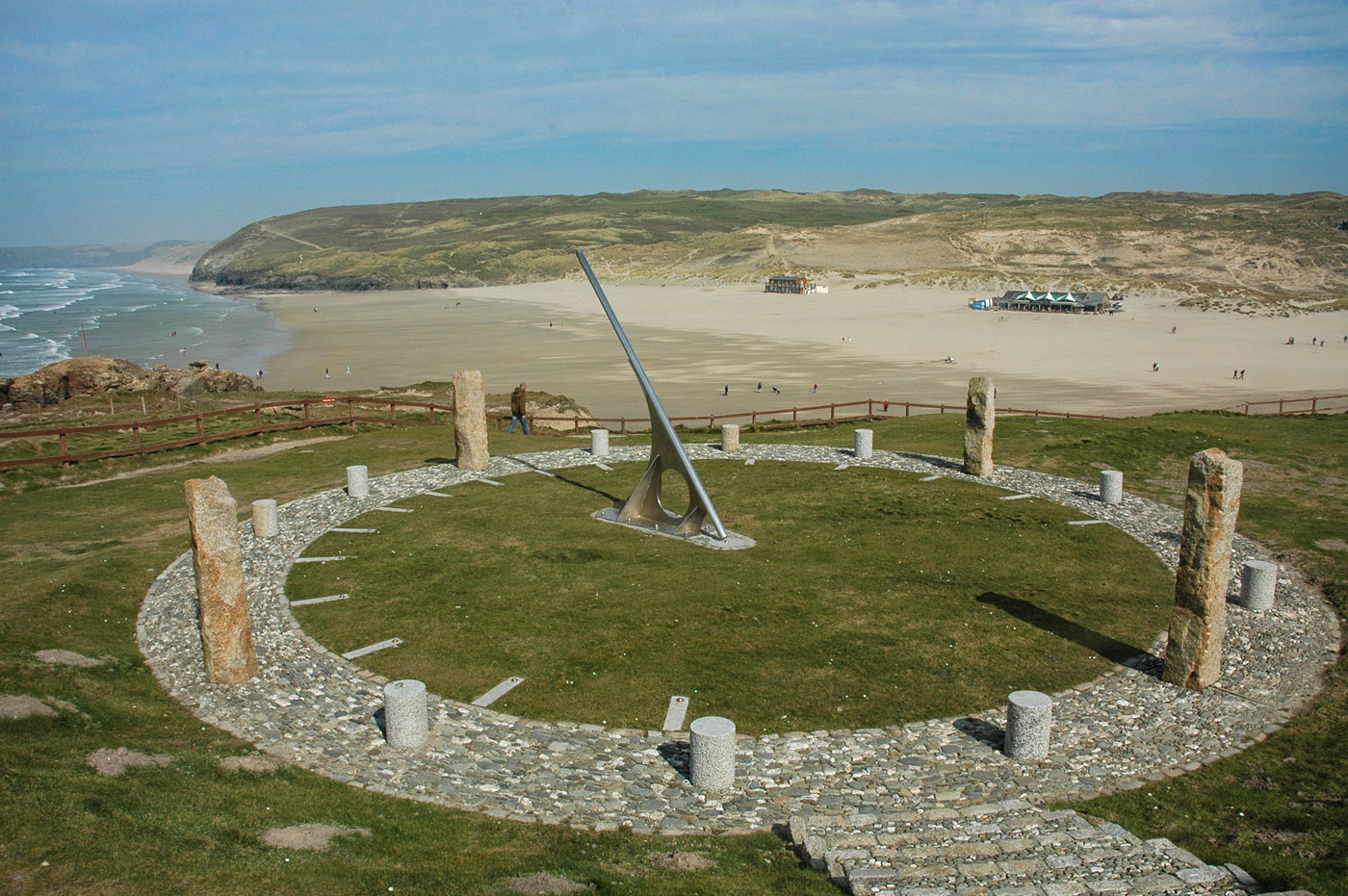 Fast forward, and we find ourselves in Ancient Egypt, where the sundial was first used. The oldest sundial on record was created around 1500 BC and was from the Valley of the Kings. As the Earth rotates, the sun moves across the sky, in doing so it causes shadows to move as time progresses slowly. By using a set scale and an extended piece of material which casts a shadow (known as a gnomon), it is possible to calculate the time of day roughly. Of course, this wasn’t entirely accurate to the second, but I can’t exactly imagine when that would be necessary. 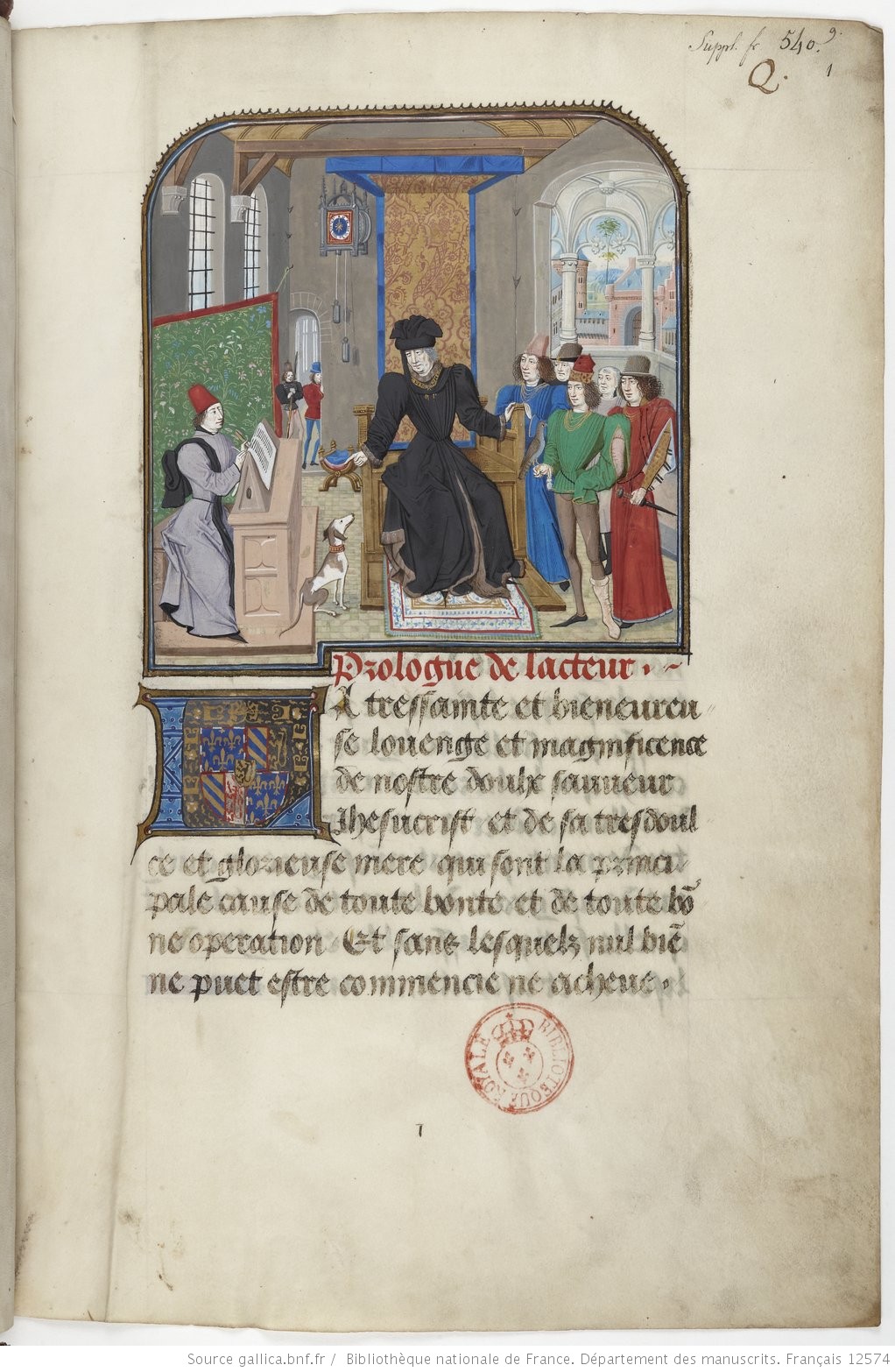 Fast forward to 1430, and we find the earliest known example of a spring-driven clock, which was given to Phillip the Good, the Duke of Burgundy. Before this clocks had been powered by running water or simply used the movement of the sun, but now they had a new problem. A spring does not smoothly deliver power. Instead, it releases it all as fast as possible, meaning that without a regulator of some sort the clocks would spin very quickly for a few seconds and then stop. Of course, you must remember that at this point the hairspring and balance did not exist. Instead, one popular method was developed called the fusee and chain which we know continually delivers power by using a chain wrapped around a cone, passing to another pulley. This system came into use in the mid 16th century as a simple way of controlling power, although nowadays it is an example of technical prowess. Imagine what it must have been like to try making one of those back then. 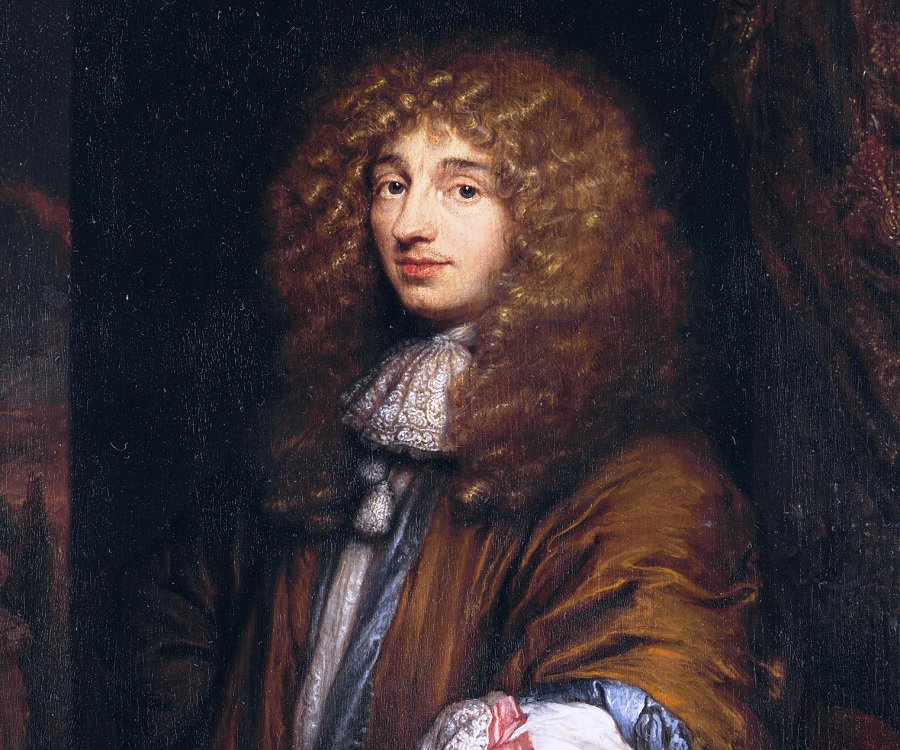 Skipping ahead once more we find ourselves in the mid 17th century, 1656 to be precise, where Dutch scientist, astronomer and horologist (basically everything) Christiaan Huygens created the pendulum. After toying around with an idea by the Italian scientist Galileo Galilei, Huygens realised there was a practical application for a swinging mass: it was a regulator. A spring wouldn’t be powerful enough to move the mass faster as it is governed by the laws of physics. Huygens also calculated the formula for calculating the length of a pendulum with regards to time as around 39.1 inches for one second. The pendulum clock is iconic across the globe, for those of us who aren’t interested in horology at all the first thing that comes to mind when the word ‘clock’ is mentioned is probably some form of tall standing clock with a swinging pendulum. For reference, the first ‘longcase’ or grandfather clock would come into existence sometime between 1670 and 1672, created by English horologist William Clement who would later go on to improve the design greatly. 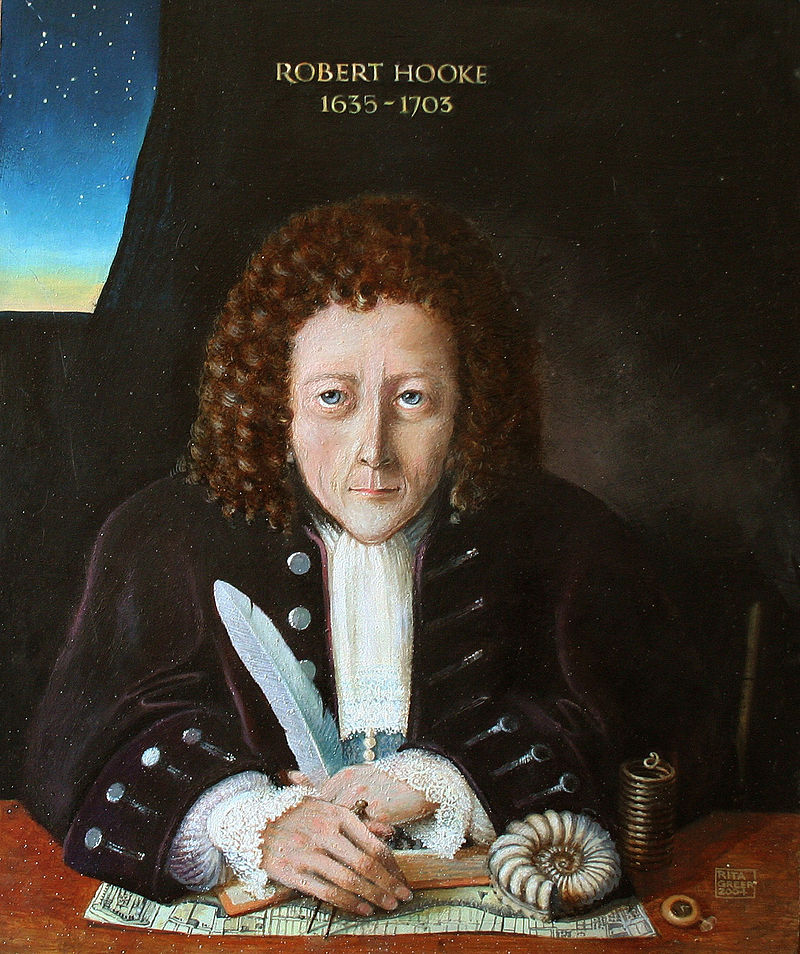 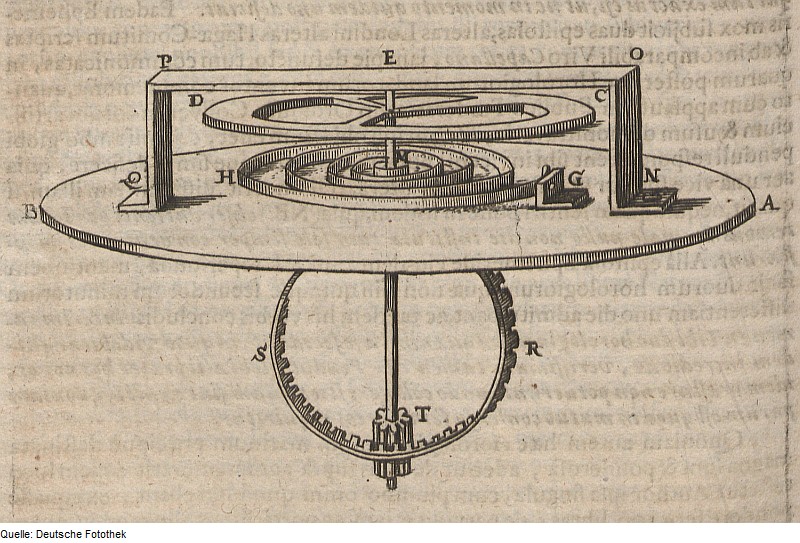 It is believed that the invention of the hairspring first came about at roughly the same time, supposedly created by the man credited as ‘England’s DaVinci’, Robert Hooke. In roughly 1670, Hooke presented his new mechanism which relied on an oscillating spring to provide a constant release of power. However, in 1675 Dutch physicist Christiaan Huygens also released a machine using the same design. Hooke was so outraged he went through the minutes of the Royal Society meetings to see if the plan had been leaked to Huygens. Although he never found them, recently discovered papers described the work Hooke was undertaking to see if anyone had shared his design. Unfortunately, and rather ironically, Hooke tore out the pages which would have had his claim on it, the exact proof that would be needed to verify whether he did invent the hairspring. This escapement design would be used to great effect in the watches of celebrated English horologist, Thomas Tompion. 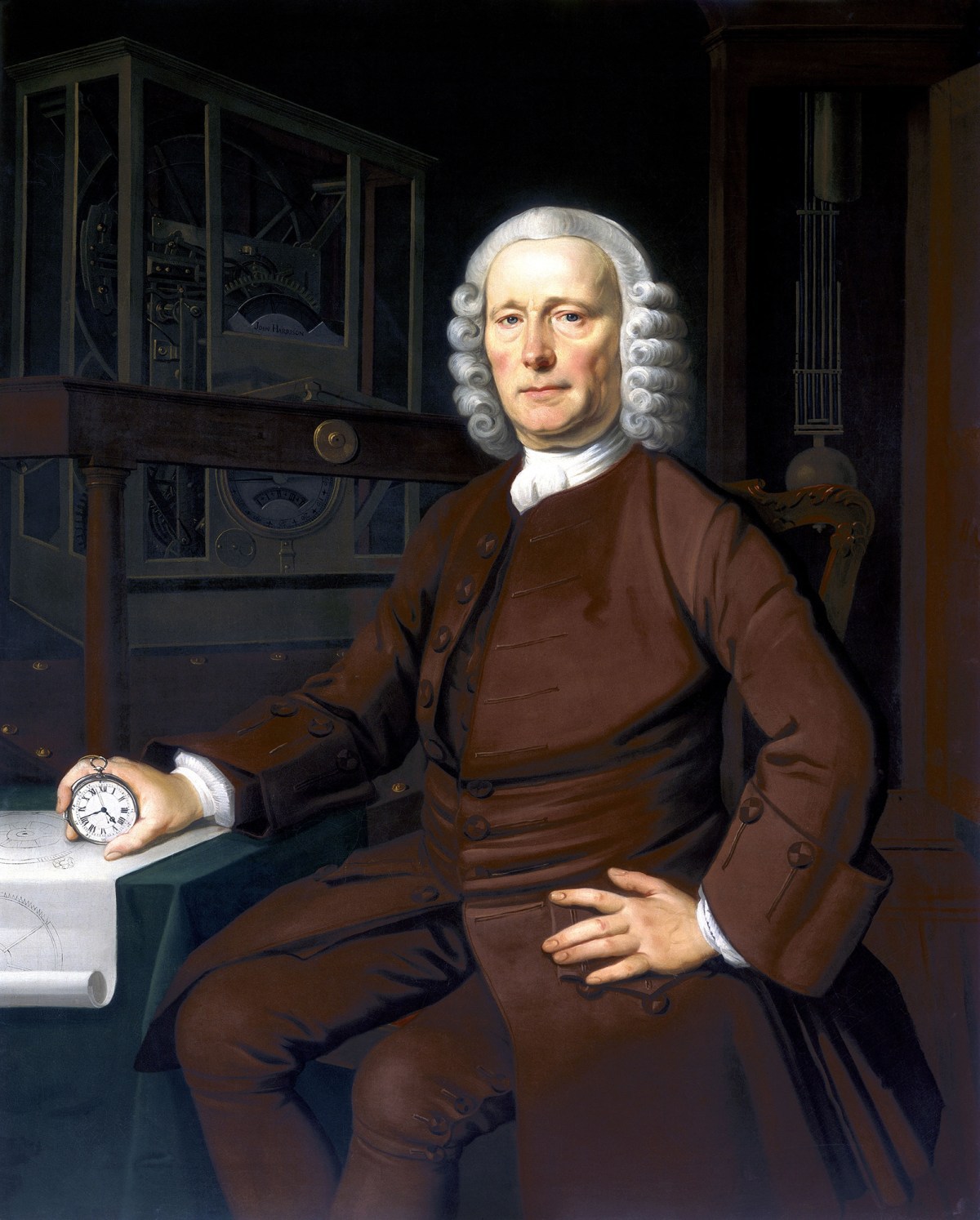 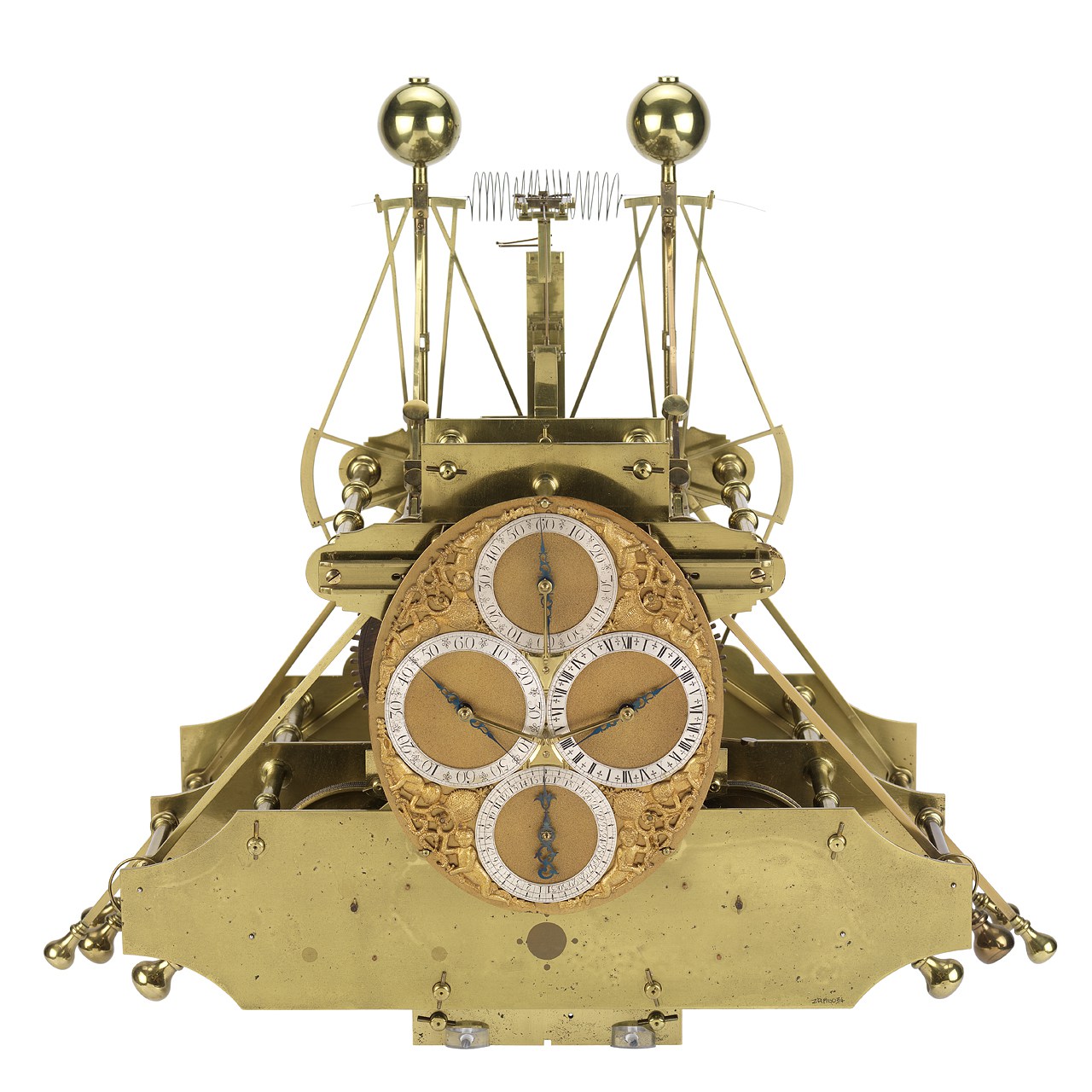 We once again skip forward to the early 18th century. At this point, the hairspring has moved on and now perfecting its accuracy is the order of the day. One of the pioneers of this was, you guessed it, John Harrison. Harrison’s chronometer didn’t use a pendulum, which would be useless on a rolling ship. Instead, his chronometers often made use of bearings, weights and even different types of metal in the construction to protect the accuracy of the chronometer when it’s being thrown around at sea. As we know, Harrison succeeded in his bid, and his chronometer which he started working on in 1735 was proven to be accurate to within 5 seconds over the ten weeks it had spent on test, that’s very good even by today’s standards. 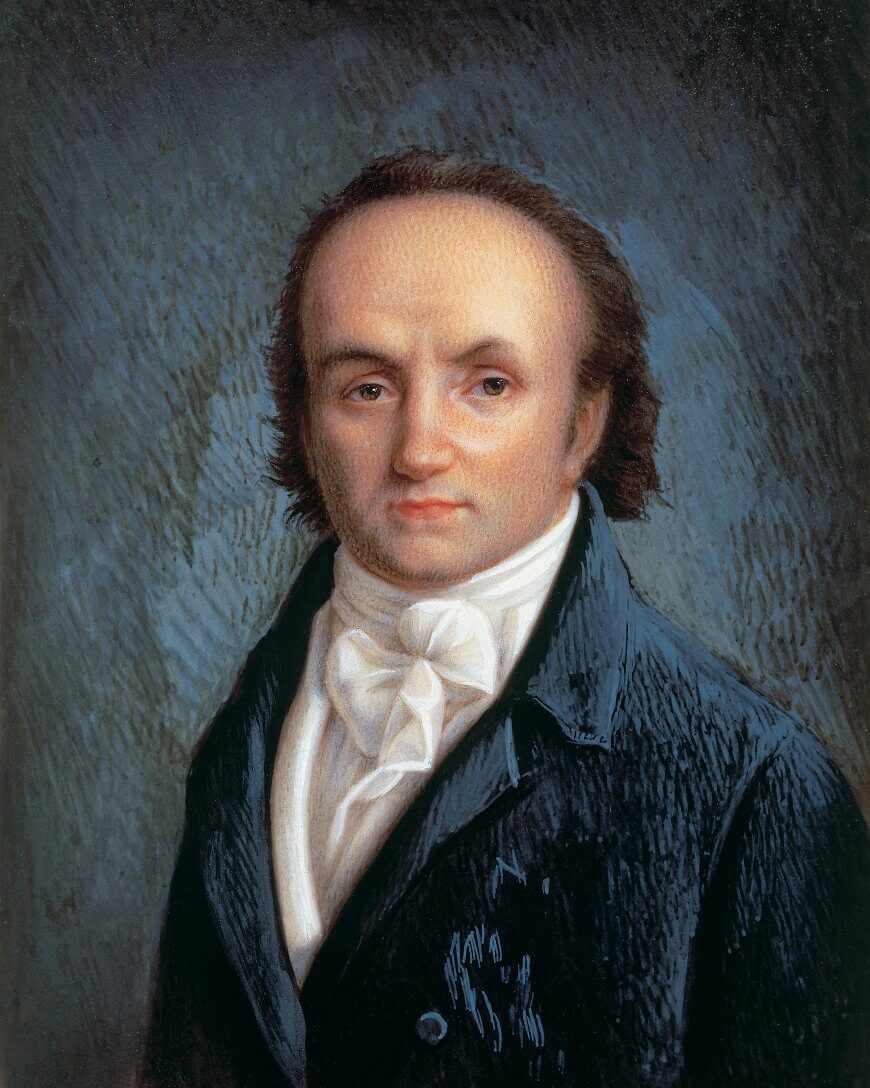 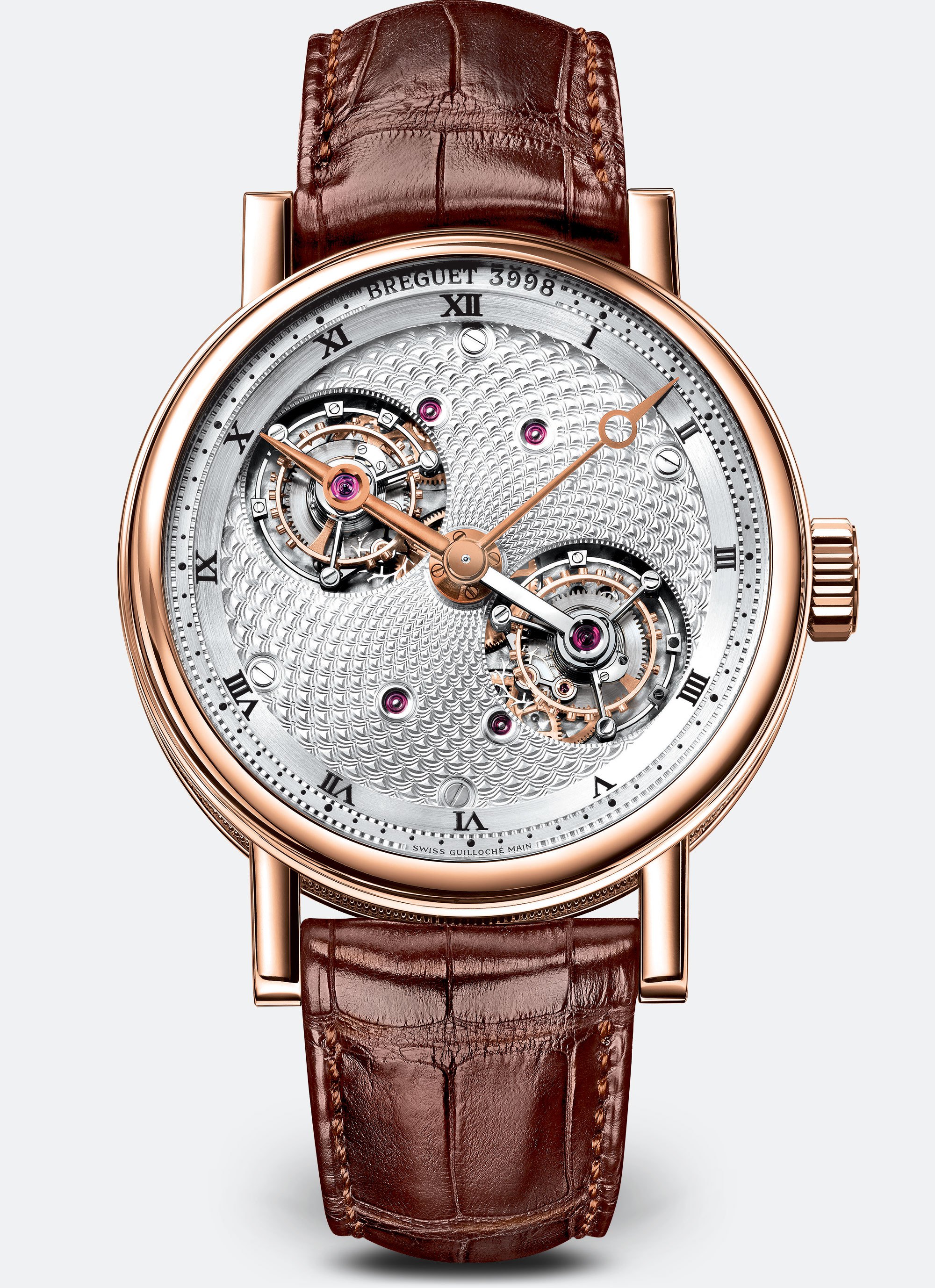 Harrison was one of the first to identify that there is a possible effect on accuracy when the balance wheel is moved, however, it wouldn’t be until the final years of the 18th century that a solution would be discovered. Patented on the 26th of June, 1801, Breguet revealed to the world his tourbillon, a mechanism which rotated the balance wheel on its own axis to negate the effects of gravity. At the time this was mindblowing, unheard of, but most importantly, it worked. How effective it was is still debated to this day, even though we can’t seem to get enough of it. This was a very important step in the field of accurate timekeeping, it demonstrated a clear understanding of the effects of the environment and position of a hairspring watch does have an effect on timekeeping at least in the long run. Of course, as we all know the tourbillon has taken on more of an aesthetic meaning in today’s world, with companies using it to show off their technical prowess rather than as an accuracy enhancing device. 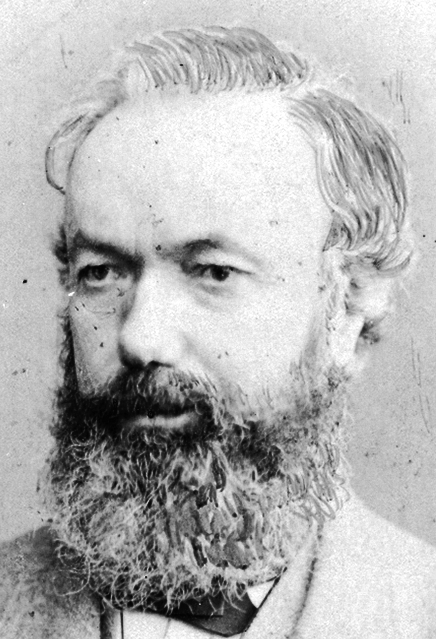 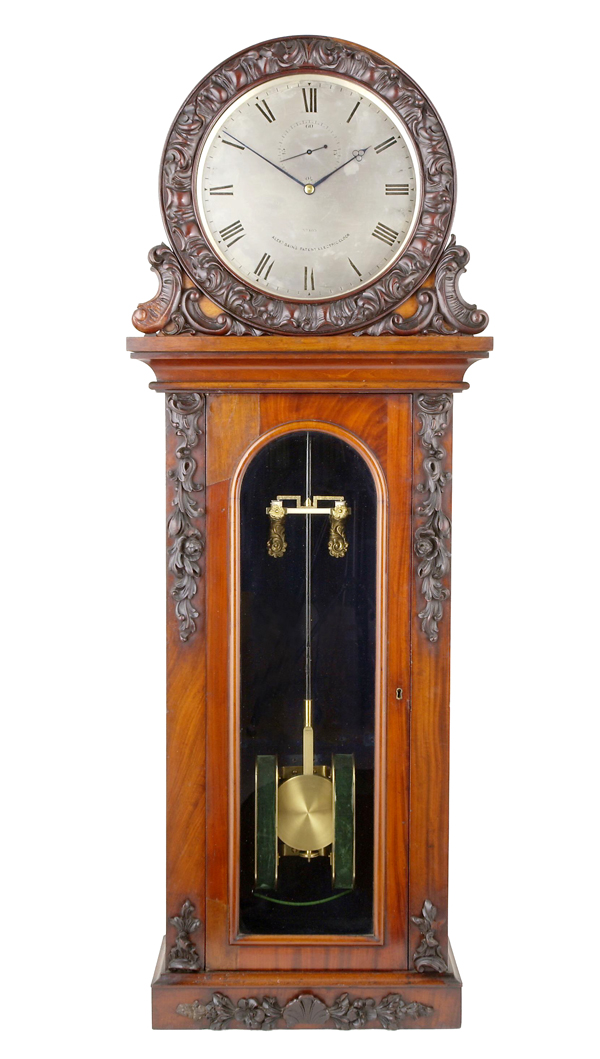 In 1840, Scottish horologist Alexander Bain patented the electronic clock. Make no mistake; this was not the first discovery of the vibration of quartz crystals as it was still using traditional clockwork. However, instead of requiring a key and at least one wrist replacement, the clock was wound up via an electronic motor powered by a dry pile battery. These clocks would be developed further to use electrical impulses to moderate the swing of the pendulum. Now things have started getting interesting, because it is now possible to regulate the clocks precisely, meaning you could set multiple clocks to the same time in different locations, called synchronisation. This synchronisation would be used by a lot of different businesses and governments, but perhaps its most important application was with Britain’s emerging railway system. Railway travel required fast communication and the ability to know precisely when a train needs to depart or arrive to be on schedule. With all these electronic clocks working in sync, it would significantly reduce the number of errors made due to timekeeping. For more on quartz clocks which came about in 1917, see our Top 5 Most Important Innovations in Horology. 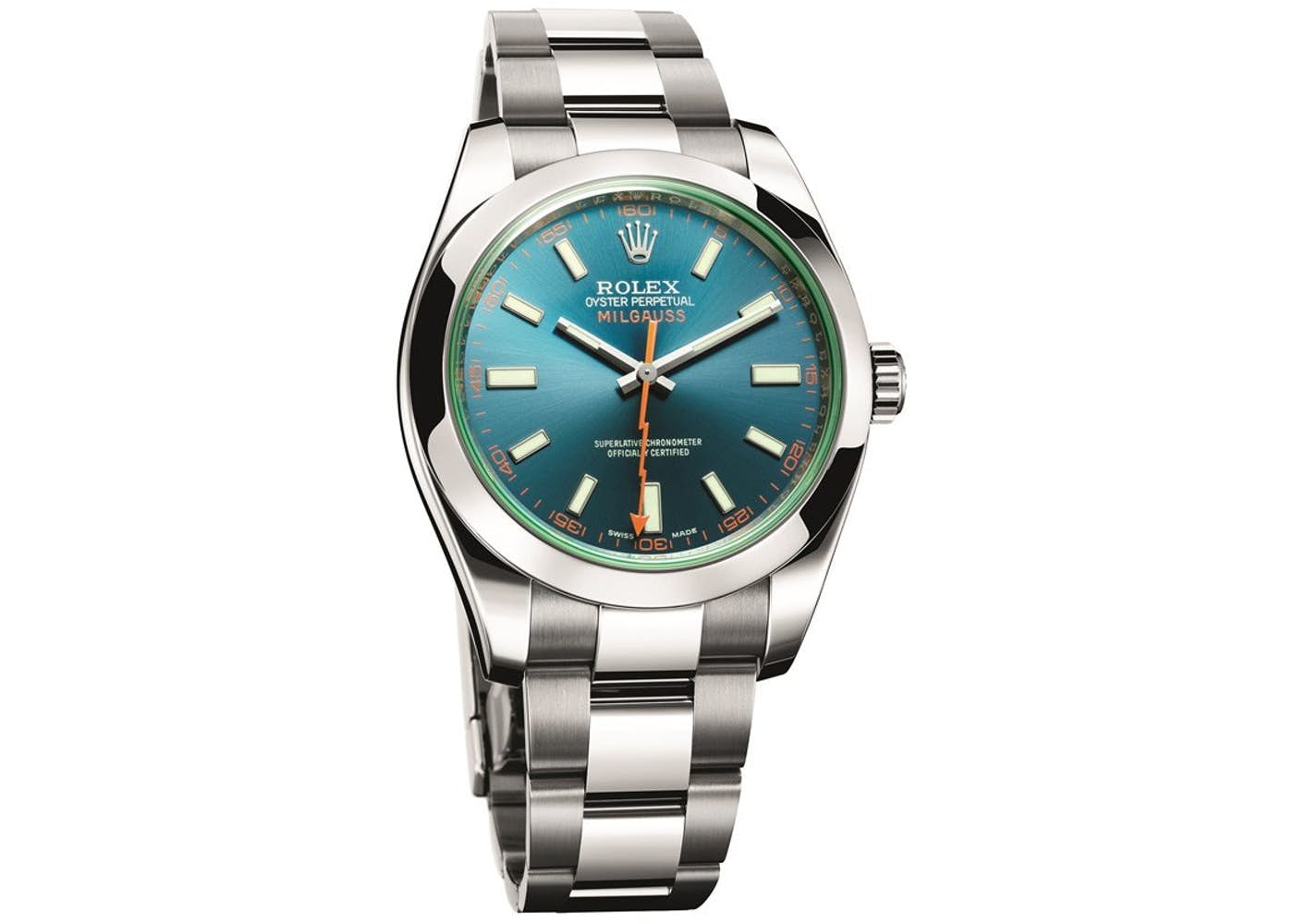 Just after Bain worked on the electronic clock, watchmakers at the historic firm Vacheron Constantin would begin experimenting with the idea that magnetism and magnetic fields could play a part in affecting the accuracy of a watch. The earliest records stretch back to 1846, where they worked on ideas and created prototypes which would prevent this invisible foe. It would take decades of work, but they did succeed in creating a watch which withstood magnetism through the use of non-magnetic metals such as palladium. Vacheron Constantin would unveil the world’s first antimagnetic pocket watch in 1915, and, 14 years later Tissot would unveil it’s contribution to the field, the world’s first antimagnetic wristwatch. In 1954 Rolex would release its first Milgauss watch, a watch which could withstand a magnetic field to a strength of 1000 gauss. Later on, IWC would also create a fascinating watch, the Ingenieur ref 3508, which could resist a magnetic flux density field of 500,000 Amperes per meter, or just over 6200 gauss. Omega would also pioneer its antimagnetic watch, starting with the 15,000 gauss watch which, after succeeding as an experiment, would become a standard requirement for a Master Chronometer. 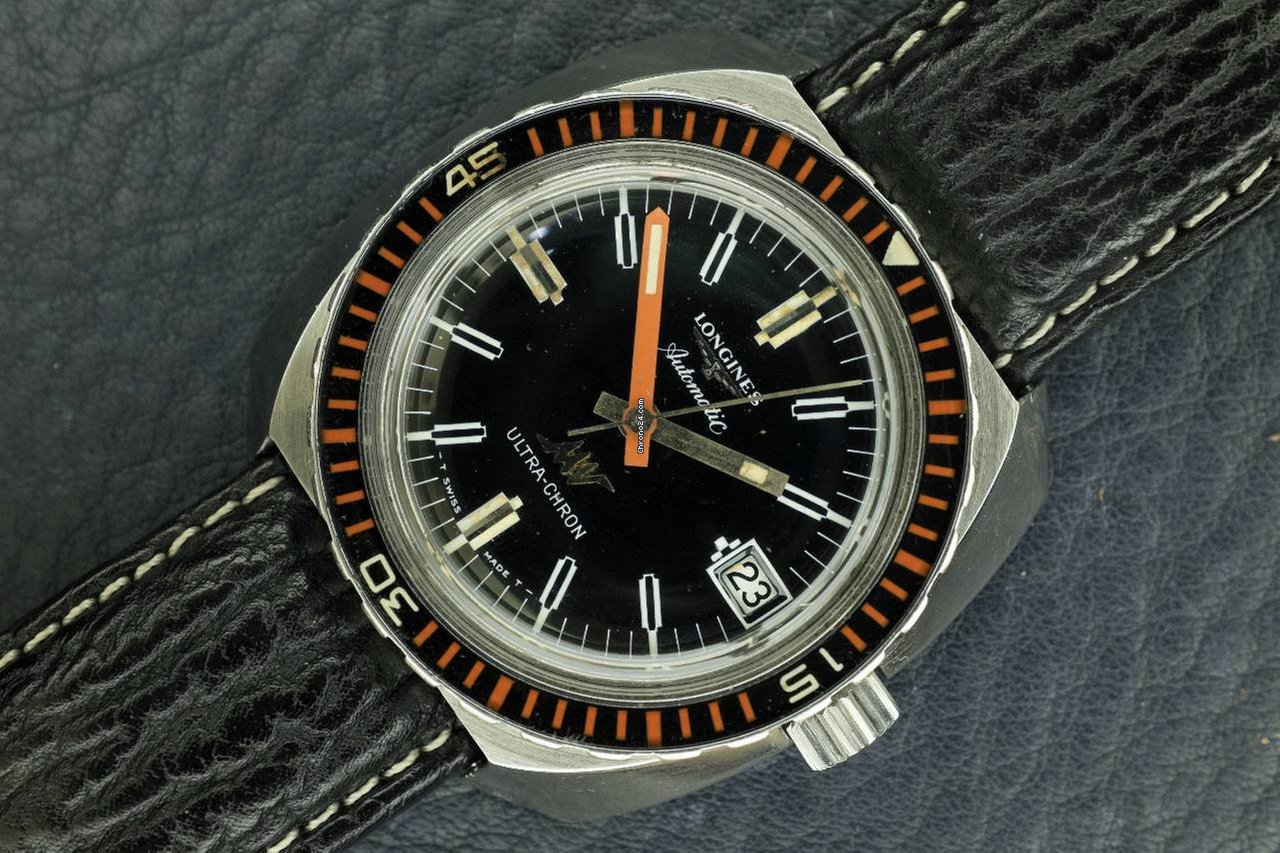 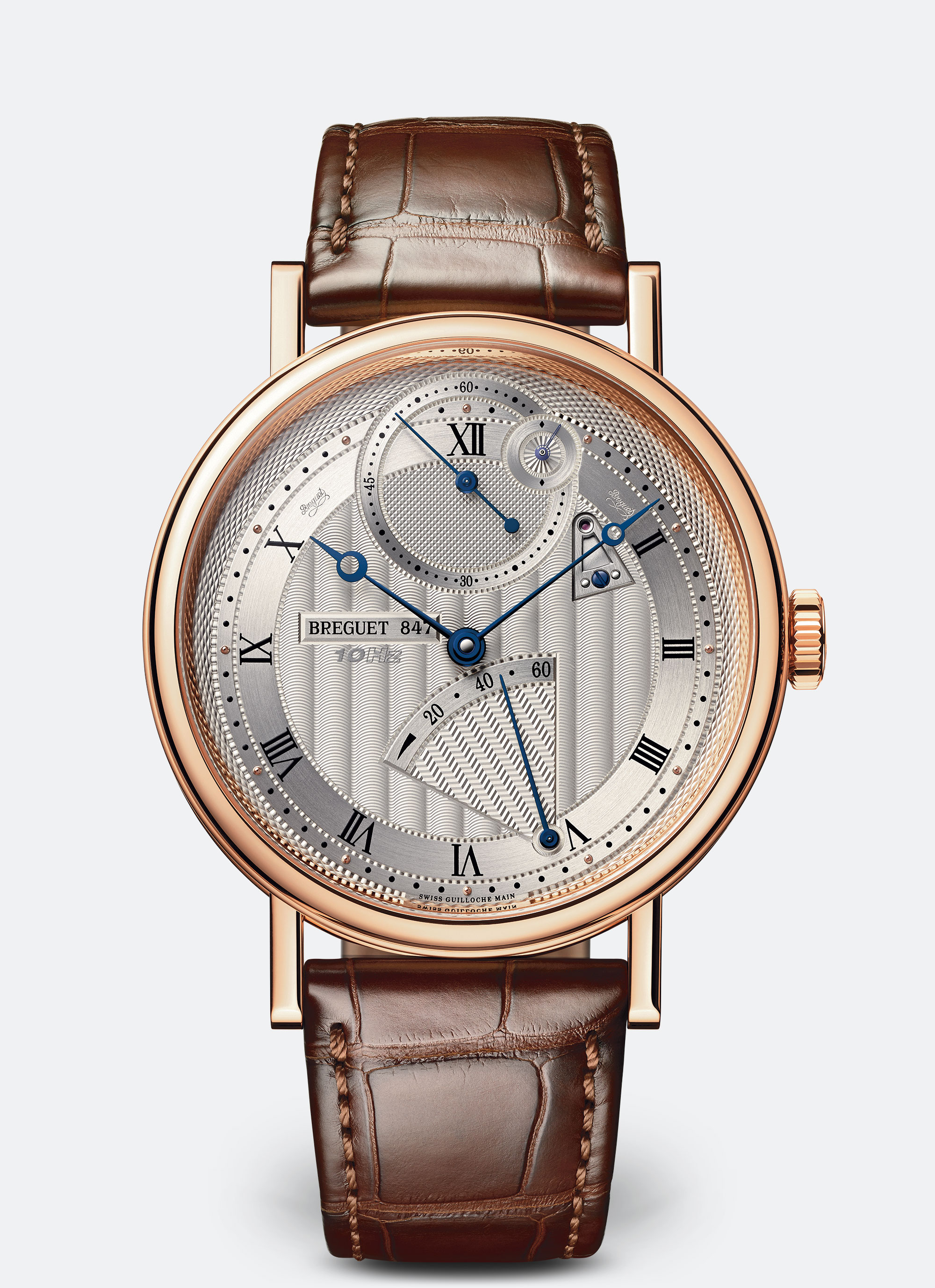 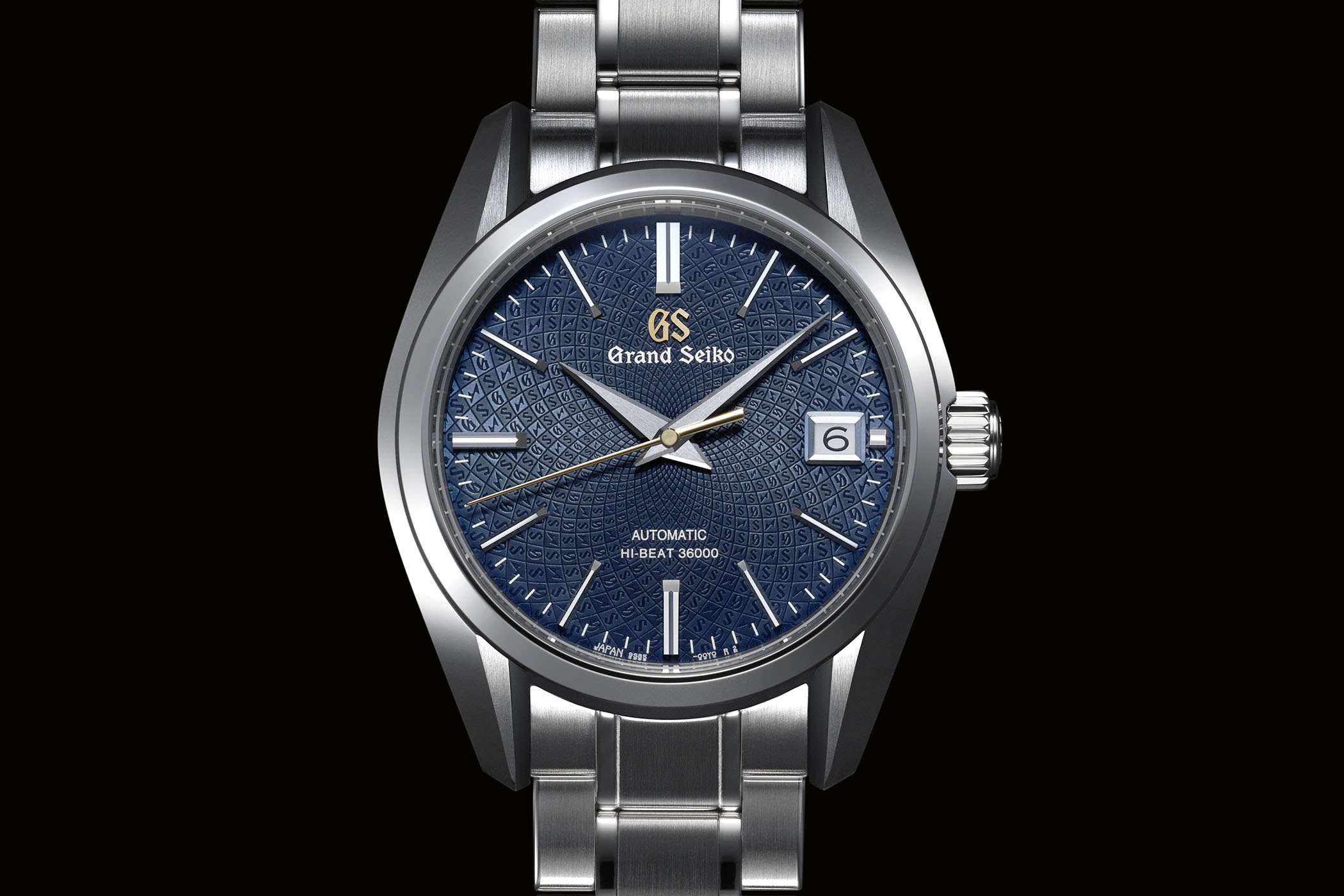 In the 60s and 70s super accurate watches were all the rage (at least for the watch enthusiasts), there were even competitions to see who could make the most accurate watches. These watches usually had a very high-beat rate. The reason behind this high speed, it was discovered, was that with more oscillations per second there is less room for error, assuming that the watch isn’t subject to an extreme shock which could upset things. Some of the early examples include Seiko’s Lord Marvel, which had a 36,000 bph rate, the very same used by Grand Seiko’s Hi-Beat watches today. A big player at the time was Longines which developed the Ultra-Chron, inside it was the calibre 431, which was said to be the most accurate mechanical movement in the world, this watch also ran at 36,000 bph. Skip forward and we see that high frequency is still a focus of watchmaking today. The fastest watches using traditional balance wheels include Breguet’s Classique Chronométrie 7727, with a beat rate of 10Hz. Also, there’s Chopard’s L.U.C. 8HF Power Control, with a high beat rate of 8Hz. Of course, who could forget Zenith’s El Primero calibre as well which runs at an impressive 5Hz, or their groundbreaking DefyLab which doesn’t use a traditional balance at all. 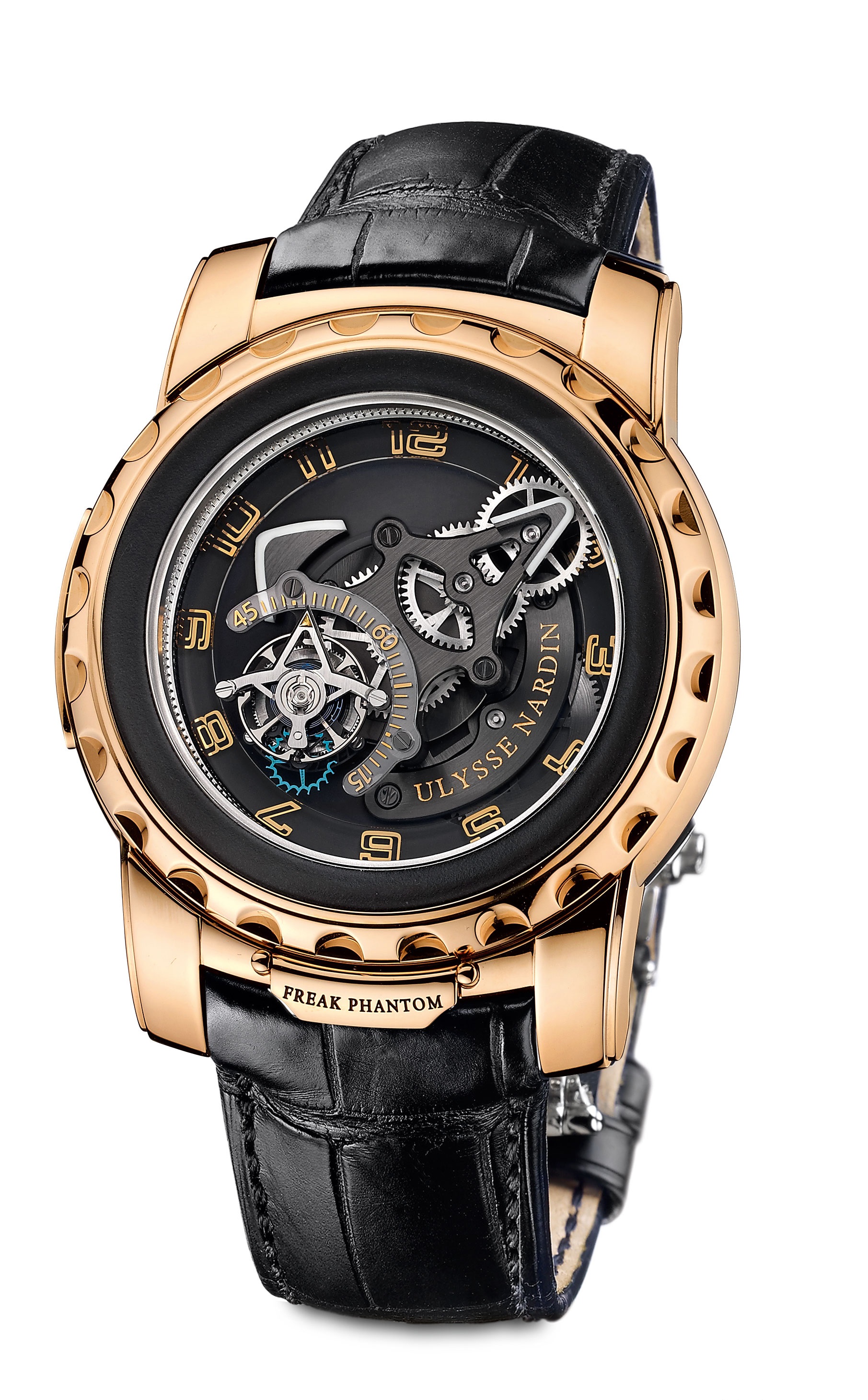 The final part of our journey today lands us with one of the most advanced materials used in watchmaking: silicone. First introduced into a watch by Ulysse Nardin in a limited version of the Freak in 2001, silicone components have been adopted by some of the top companies such as Patek Philippe, Breguet and Omega. Silicone offers a plethora of advantages compared to traditional materials. It is highly stable yet lighter than standard materials, and also requires almost no lubrication, which is why it’s often used for the balance wheel and even the lever. Finally, and perhaps most importantly, silicone is non-magnetic. That means that the strength of the field will make no difference to it, meaning there’s potential for a super accurate daily watch which is completely non-magnetic to any degree (we’ve already seen what Omega is doing, but even their watches currently have a limit to their magnetic resistance). Imagine what it will be like in the future, will we have completely non-magnetic watches?

There will be loads of work in the future on examining how different inventions and materials can affect accuracy here on WristReview. Which invention are you most impressed by? Do you have your own ideas on what could be used to keep watches accurate in the future?