Does this watch have what it takes to win the GPHG? 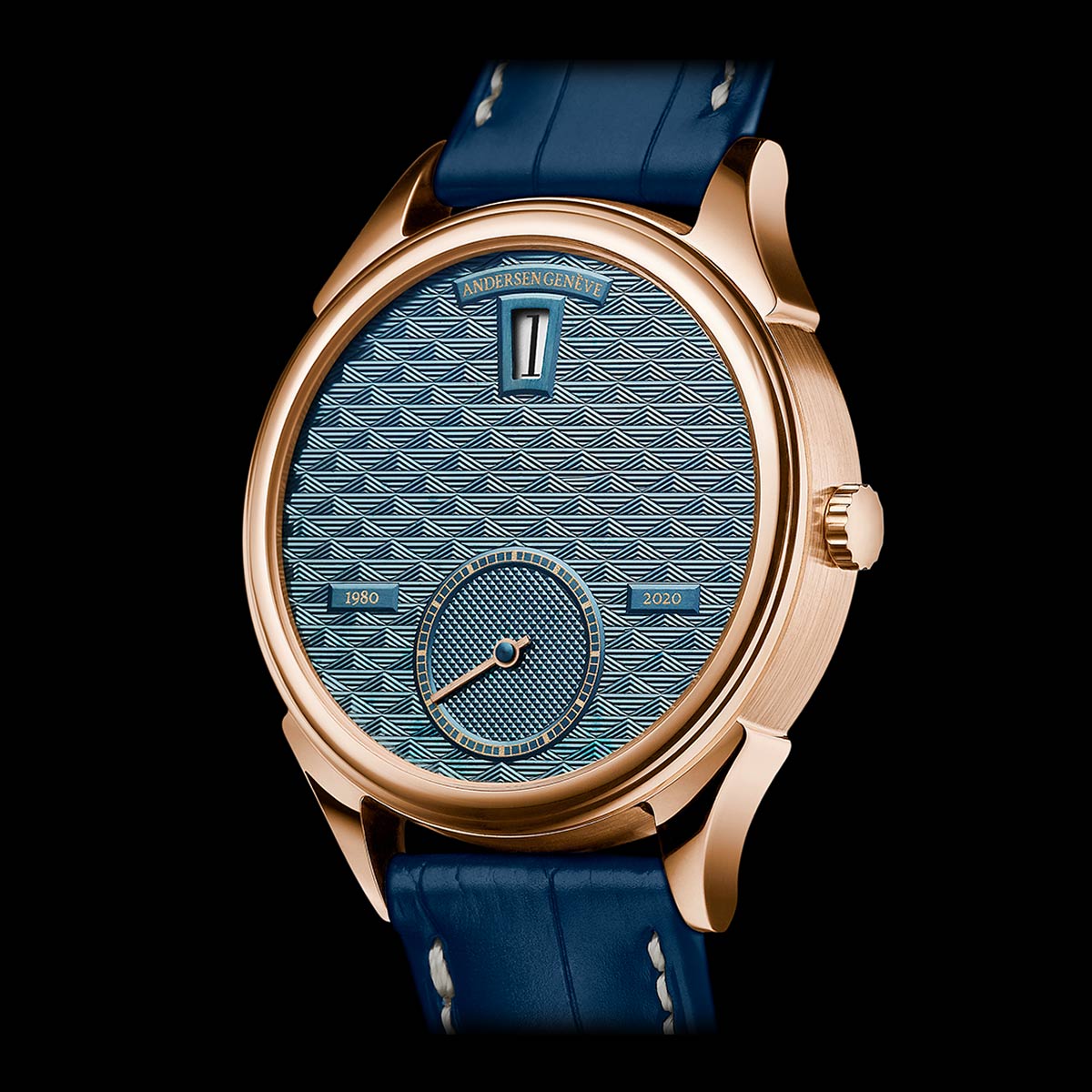 This article will be a rarity in two ways. First of all, it’s rare because the watch we’re covering is from a boutique watchmaker that seldom gets the coverage it deserves. It’s also going to be a rare article because it’s solely dedicated to a watch which has been shortlisted for an award by the GPHG (Grand Prix d’Horlogerie de Genève). So, let’s take a closer look at the very unique and interesting Jumping Hours 40th Anniversary watch from Andersen Genève.

It was in 1980 that the namesake of Andersen Genève, one Svend Andersen, received a request for a bespoke case for a movement signed by Audemars, a movement supposedly produced around the 1900s. Sven jumped at the chance, and his business was new as he’d only recently left a position in Patek Philippe’s grand complications division and was eager to prove his merit. 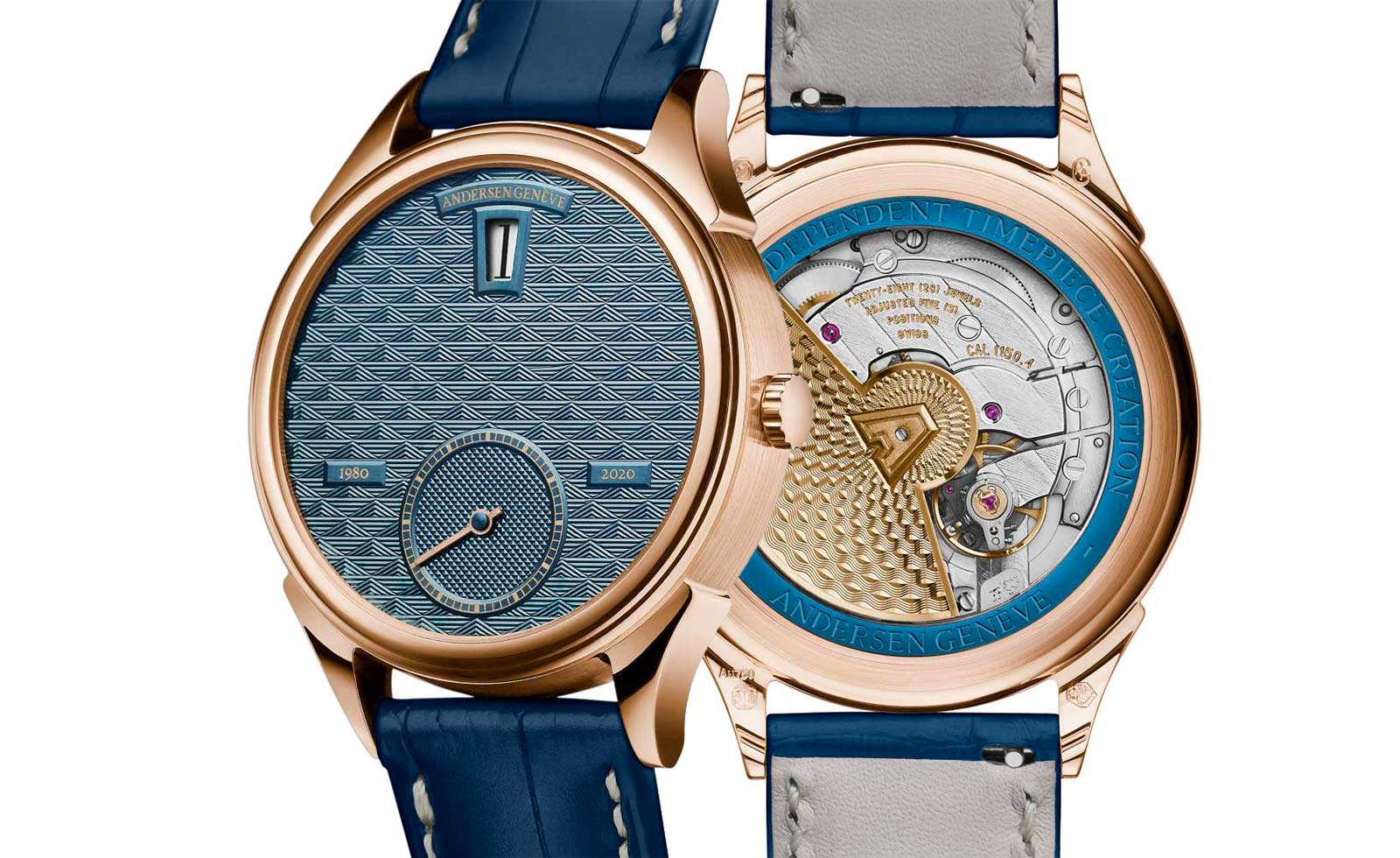 The dial of the watch is unique thanks to the fact that it is mostly guilloché with little else. The pattern is called “Magical Lozenges”, and you can see where they get the name from, it seems like it’s made up of lots of diamonds all woven together. On the dial is a sub-seconds dial with a simple clous-de-Paris guilloché pattern. At the top is the jumping hours display, showing the exact number of the hour. There’s no minute window like you get on a Zeitwerk by A. Lange & Söhne, just hours and seconds. 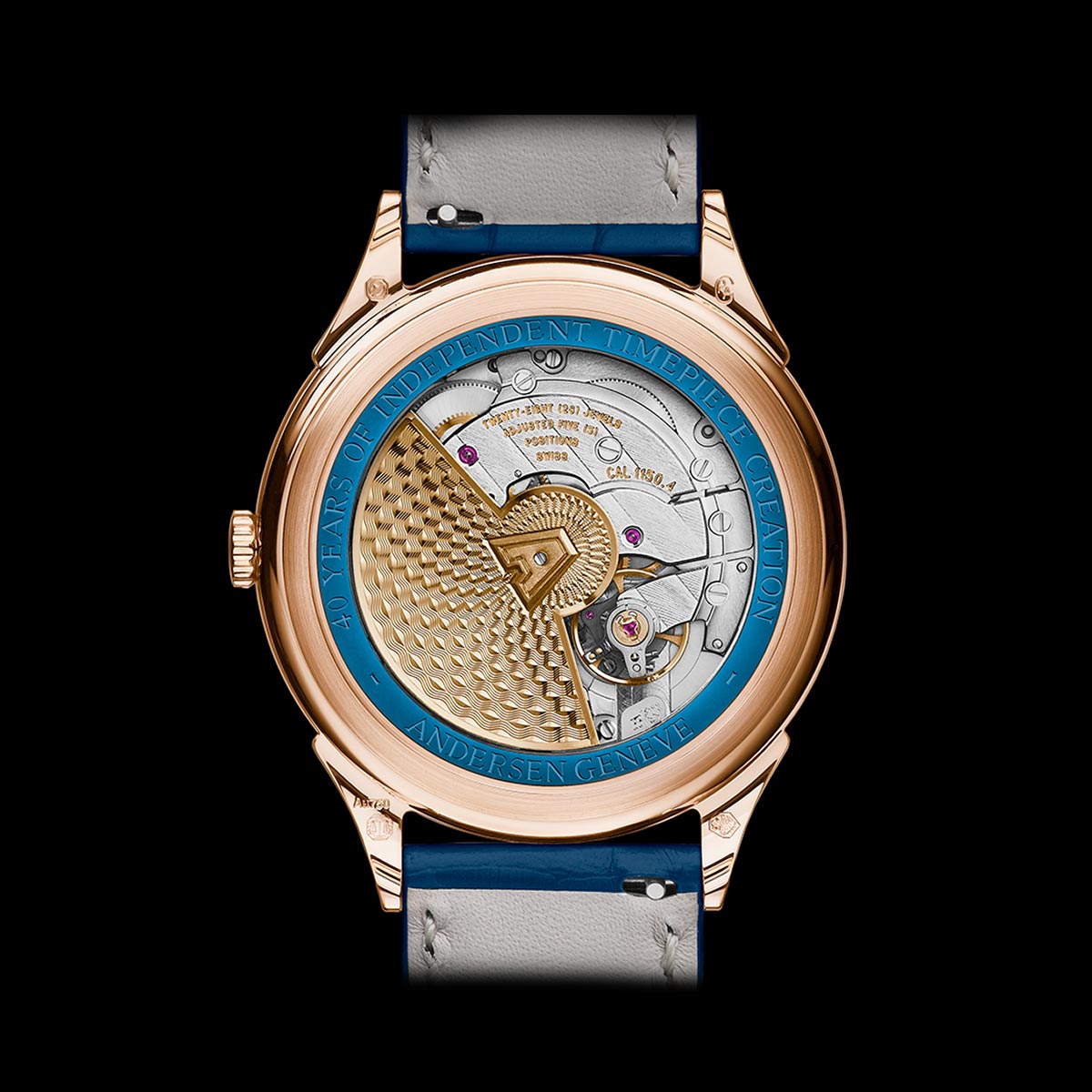 Around the back of the watch is the automatic-winding calibre based on a Frédéric Piguet 11.50 movement. Andersen Genève has modified the calibre with the jumping seconds module that makes the dial stand out. The movement has a 60-hour power reserve with a 3Hz beat rate and 28 jewels. There’s also a solid gold automatic rotor with hand grain d’orge guilloché, along with the ‘A’ logo for the brand.

All this is presented in a red gold brushed and polished case that has a diameter of 38mm and a thickness of 9.22mm.

We can’t wait to see how this watch will fare at the GPHG in November.